History of French Fashion in Paris 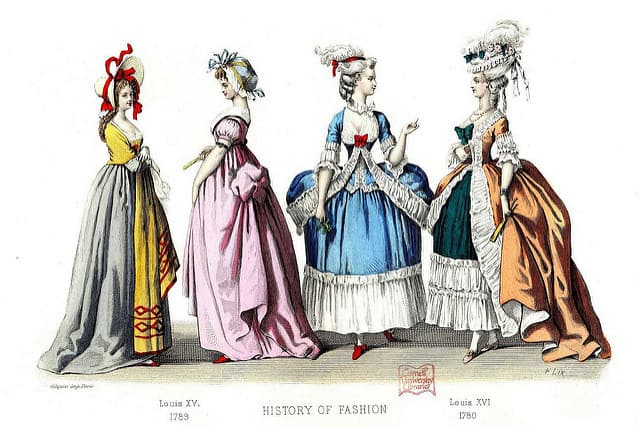 History of French Fashion in Paris

For many, French fashion is the epitome of style. There are countless books, magazines, and articles out there that idealize the fashion in France, and many wish to emulate the seemingly effortless French look.

French style may seem effortless from the outside, but believe me, a lot of work goes into looking so chic! 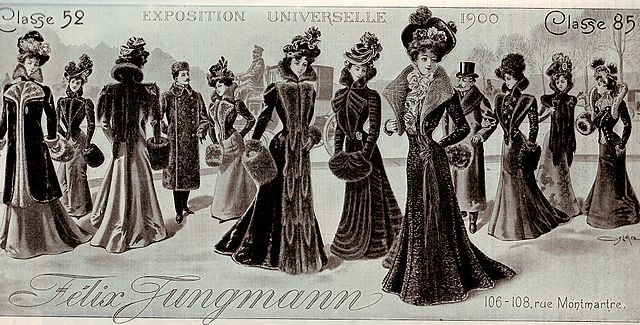 France, and Paris in particular, has been the Fashion capital of the world basically since the industry began hundreds of years ago. They were the first to recognize clothing as a business, and have been exporting their products since the 17th century.

The entire reason why I came to France for the first time was as a fashion student. When I approached my advisor to tell him that I was interested in studying abroad, he told me that Paris would be my best choice. And it was!

Keep reading to learn how fashion in France began, how it changed over time, and how it evolved to the style we know and want to recreate today. 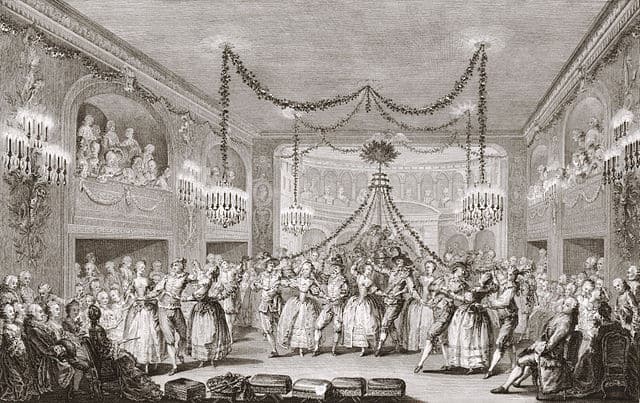 Carnival scene at the court of Versailles, 1763 – WikiCommons

If you know anything about French history, you probably know about King Louis XIV. He’s the one with the nickname the Sun King, he moved the French court to Versailles, and he is one of the major reasons why French royalty is known for it’s opulence and excessiveness. If you’ve ever checked out Versailles, you know what I mean by that! I love visiting this castle and seeing how over the top it is. I can’t help but wonder what it must have been like to experience it as a member of the French court in the 16th century. 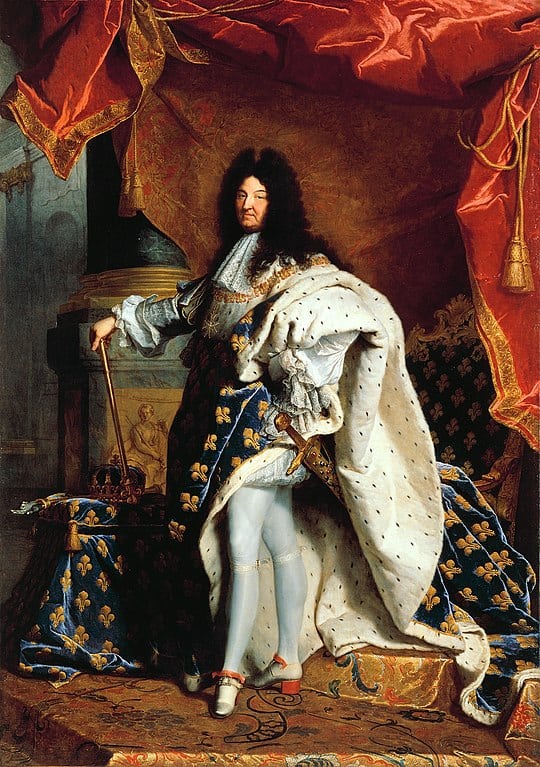 Under King Louis’ reign, the creation of the fashion press thrust France into the spotlight, and was the first of its kind to separate different styles into seasons. These fashion pictures were distributed throughout the French court, and to other places in France and around the world.

In addition to this, King Louis was a bit of a control freak, so he deemed that the textile trade of France be under the control of the royal court. Another way King Louis showed off his style was through the elaborate costumes he would wear when he got his royal portrait painted!

Have you ever looked at a painting from this time in French history and thought “man, thats some crazy hair!” you can thank King Louis for this too. His obsession with elaborate wigs even created a black market for human hair. If you’re cringing at this, I’m right there with you.

After King Louis XIV, comes his son, King Louis XVI and his wife, Queen Marie-Antoinette. Before this pair was known for going to the guillotine during the French Revolution, Marie-Antoinette was infamous for her sense of style! This is one of the major reasons why the French people despised her, as she seemed to have cared more about getting the latest dresses, shoes, and wigs, than feeding her people. 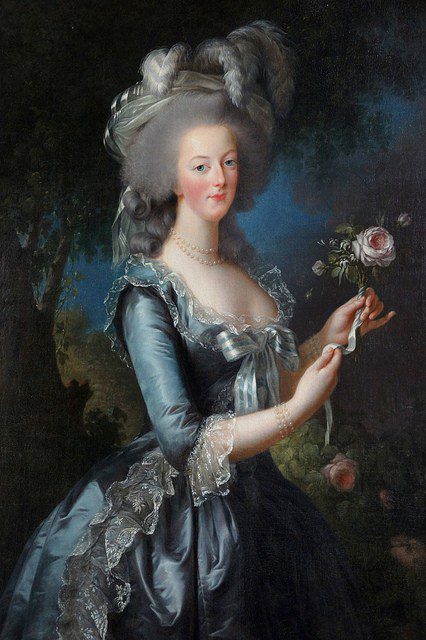 While I in no means want to defend Marie-Antoinette and her, erm, interesting choices on what to use the French tax payers money on, but she must be discussed if we are talking about French fashion.

If you haven’t seen it yet, I recommend checking out the 2006 Sofia Coppola film Marie Antoinette, one of my favorite movies. The costume designs are impressive and historically accurate, so you can get an idea of what style was like at this time in the French courts.

Marie-Antoinette popularized sky-high wigs, putting feathers in her hair, and custom made dressed by designer Rose Bertin. These custom made frocks were just the beginning of the style category Haute Couture. As you all know, the reign of Marie Antoinette in the fashion world sadly ended when she was dethroned, put in jail, and eventually killed by French revolutionaries.

The Incroyables and Merveilleuses 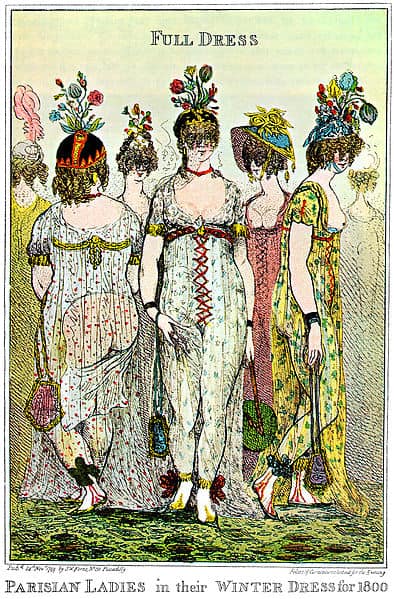 The Incroyables and Merveilleuses translates from French to English as the Incredibles and Marvellous. The Incredibles were the name for the men of the group, and the Marvellous were the women. This group of Parisians emerged after the French Revolution and the Reign of Terror with a want and need to cut loose and take fashion a little less seriously than their predecessors of the French court.

Their style consisted of styles that resembled Greek or Roman tunics, and were made of linen and gauze, and they wore sandals to match. They wore wigs with hair dyed green, clue, purple, and pink, and were generally known to dress as sillily as they acted.

After the bloody French Revolution, who can blame them?! The group scandalized Paris at the time, but that was all apart of their image and charm. If I had to choose a period in fashion as my favorite, this is definitely it!

The return of haute couture 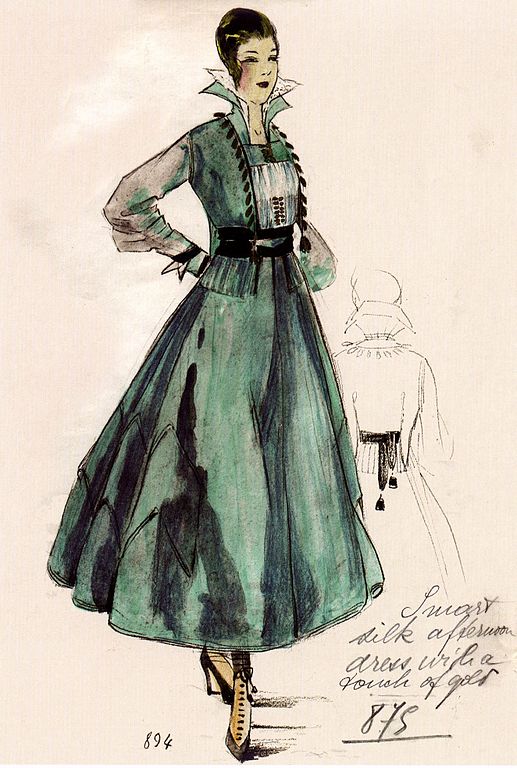 Silk Afternoon Dress by House of Worth 1916 – WikiCommons

I already mentioned that Haute Couture got it’s start in the courts of Marie-Antoinette. Finally, in the late 19th century, it made a come back. This is actually thanks to an Englishman named Charles Frederick Worth, who founded The House of Worth, the first modern couturier house in Paris.

With the emergence of The House of Worth, many other French fashion houses got their start. Famous designers of the time included Jeanne Paquin, Paul Poiret, and the House of Patou.

It is thanks to these artists that the term fashion designer exists today! Haute Couture was (and still is!) special, as each piece was custom and made to order specifically for the lucky person who worked with the designers to make a piece that was perfect for them, and them only.

It is also thanks to The House of Worth that fashion shows began. Worth would create a portfolio of designs that he was hoping to sell. He would then produce the designs, and put them on live models to be displayed in his showroom so that his clients would pick and choose which designs they were interested in having. The fashion show is born! 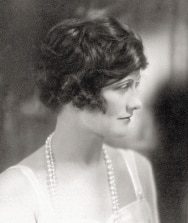 The fashion magazine giant Vogue was published in Paris for the first time in 1920, and not far behind, in 1925, designer Coco Chanel debuted her first collection.

Chanel’s boyish, simple, and elegant designs were embraced in contrast to the usual designs meant for full-figured women. Chanel reigns to this day as a major player in the luxury fashion world. It should come as no surprise that it got its start in Paris, where innovations were always accepted.

The start of World War II in Paris meant that fashion was put on hold, understandably so. Many designers were forced to close their fashion houses, and because of rationing on fabric and general disorder throughout Europe, not that many new styles or designs emerged. 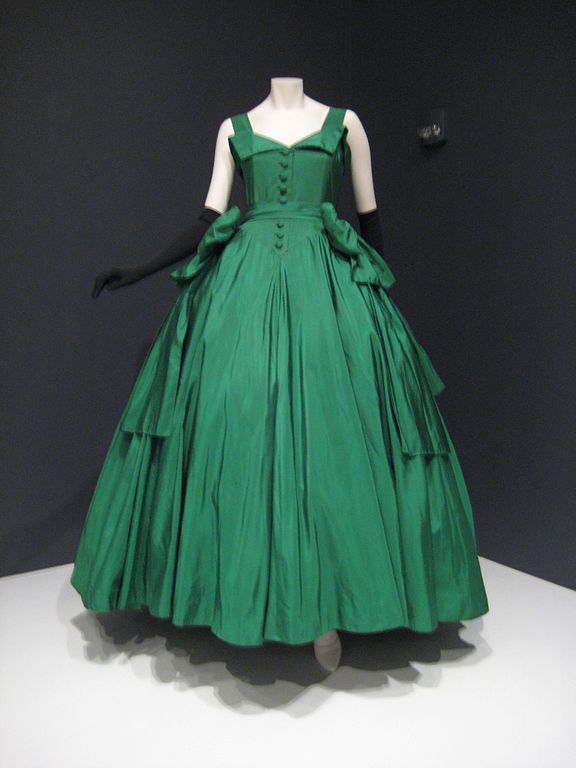 After the horrors of WWII, women were ready to treat themselves to the luxuries of fancy fabrics and elegant designs. Chanel makes her comeback, and fashion houses such as Pierre Balmain and Hubert de Givenchy emerge in the 1950s. The French fashion magazine Elle is also published for the first time.

The 1960s and ready-to-wear fashion

Up until the 1960s, fashion was very standardized. This means that almost everyone was wearing the same styles all of the time, and unless you were very wealthy, you probably only had between 2-3 outfits to choose between.

This all changed in the 1960s with the introduction of prêt-à-porter (ready-to-wear in French). Clothing began to be mass manufactured and in turn was more affordable. Parisian designer Yves Saint Laurent is credited with starting this change!

The 1960s also saw the rise of Parisian style icons like Brigitte Bardot, Françoise Hardy, and Jane Birkin. Three of my favorite style icons, and I’m certainly not alone. 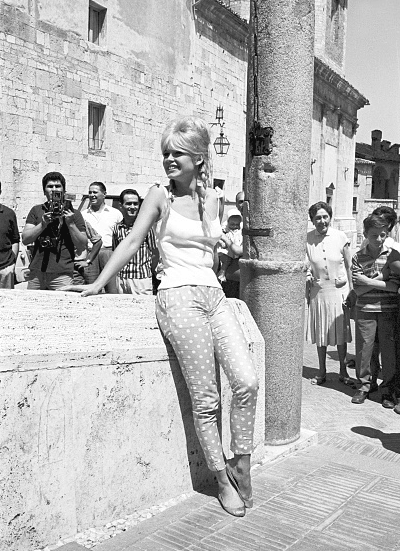 The hippy movement did not go unnoticed in Paris, and this became a major trend in the 1960s and 70s. From then on, inventive designs did not stop being pumped out of Paris, solidifying it’s place as the fashion capital of the world.

Almost all of the most famous French fashion houses have their headquarters in Paris, and the city is home to Paris Fashion Week, a biannual week long event featuring fashion shows from French and international designers.

In addition to that, Paris is home to the famous Avenue des Champs-Élysées, a street which is known for it’s designer and luxury shopping. Le Marais in the 3rd and 4th arrondissements is also famous for it’s shopping, designer and vintage alike.

I hope you all have enjoyed my brief history of fashion in Paris. I have my bachelor’s degree in Fashion Merchandising, and although writing is my passion now, my favorite part of my studies was the historical side of fashion!

If you haven’t already, book a trip to Paris to check out the amazing fashion for yourselves! And while you’re at it…why not take a tour with us?!