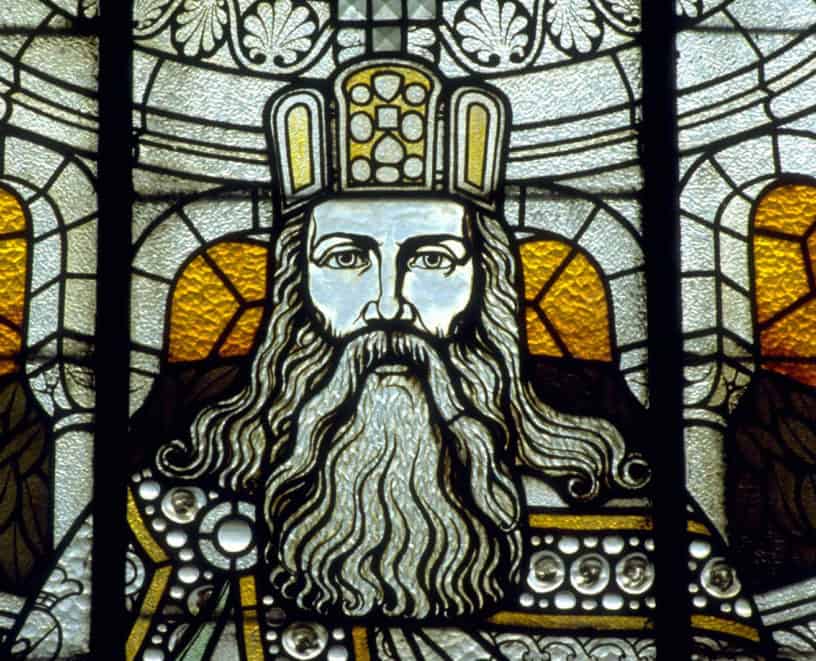 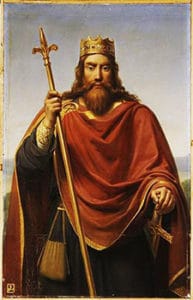 Clovis was the first to unite the Frankish tribes under one banner. Prior to his brief rule as King the Franks, the territories had been governed by groups of chieftains. He consolidated power, and ensured a hereditary monarchy.

Clovis was born pagan but later converted to Christianity in 498, at the behest of his wife, Clotilde. Many followed suit, and it marked the beginning of France’s allegiance to the Catholic Church, and to future Popes of Rome. 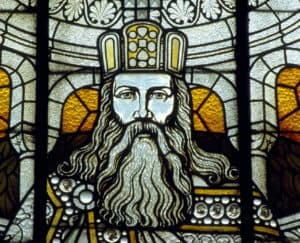 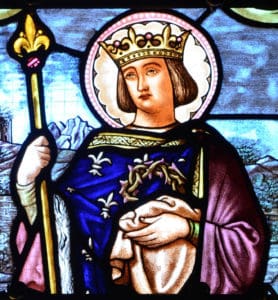 Louis IX is the only French monarch to have been canonized by the Catholic Church, as Saint-Louis. He took part in two different crusades in the holy land, and payed a hefty sum for holy relics from the king of Constantinople. Sainte-Chapelle was built by Louis IX to house the relics, and is a stunning example of medieval-gothic architecture. 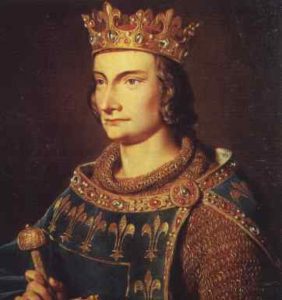 Known as ‘Philippe the Fair’ and ‘the Iron King’, Philippe IV truly reigned with an iron fist. He is most remembered for suppressing the Knights of the Templar, and for  the execution of their leader, Jacques de Molay.

The Knights of the Templar were a catholic military order of noblemen who grew very powerful due to their economic stronghold over much of Europe. They were prominent due to their involvement in the Crusades. But when the quest to dominate the holy land and failed, so did support for the order. Philippe IV had borrowed quite a bit of money from them, and clearly had motives to bring about their ruin.

When Philippe seized the Templar’s stronghold, he was shocked to find that the vast treasure had disappeared. The missing Templar’s treasure has been the obsession of Indiana Jones hopefuls, and treasure hunters since the Middle Ages. It has never been found, or at least, no one has publicly admitted to finding it. 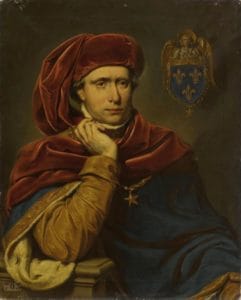 The ‘Mad King’ suffered from psychosis and at times did not even know he was king at all. During the period of the Hundred Years’ War with England, Charles VI’s troops were defeated by Henry V at the battle of Agincourt. With the signing of the Treaty of Troyes in 1420, Charles relinquished his ancestral rites of the throne of France in favour of King Henry V of England, on the condition that he retain his kingship until death. His son, and rightful heir, was disinherited. Charles VI’s sad legacy is that of a mentally ill monarch who gave away his kingdom. 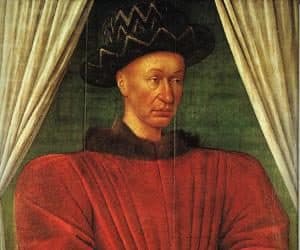 Having been disinherited by his father (Charles VI) when he was seventeen, Charles left for Bourges to set up his own court. France was in chaos, not only due to the Hundred Years’ War, but also because of an ongoing civil war between the Armagnacs and Burgundians.

Charles had all but given up hope (both his finances and support for his cause were dwindling) when Joan of Arc was presented to him at court. She became France’s spiritual and warrior champion, leading soldiers into battle against the English. They were able to take back Reims (where French kings were traditionally crowned) and Joan was present at Charles VII’s coronation in 1422. Although Joan was injured in battle, captured and handed over to the British by Burgundian sympathizers, the sacrifice she made for her country has not been forgotten. (She was made a saint in 1920.)

French forces proved victorious in the years to come, and Charles VII is known as ‘the Victorious’, as he finally put an end to the terrible conflict of the Hundred Years’ War. 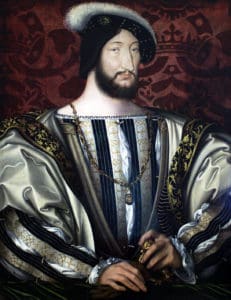 François I was larger than life, in stature as in spirit, and is known as ‘the Renaissance king’. He was a great patron of the arts, befriended Leonardo da Vinci, and obtained the Mona Lisa from him. He also standardized the French language, and ordered that French should replace Latin as the official language of the kingdom. Also, it was during his reign that Jacques Cartier made his explorations in the ‘new world’.

Much like his predecessors, his reign was also marred by war. He was held captive in Madrid following defeat in the Battle of Pavia (17 March 1526), and was later released. 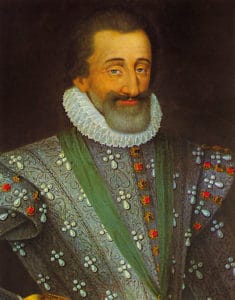 Henri IV was King of Navarre, which later became part of France (now Spain). Although protestant, he married Margot (Princess of France, daughter of Henri II and Catherine de Medici). The marriage was intended to quell the discord between catholics and protestants, and bring an end to the wars of religion. Sadly, it was not to be. During the wedding festivities Gaspard de Coligny (a protestant noble) was assassinated. What followed was absolute carnage, and is known as the ‘Saint Bartholomew’s Day Massacre.’ Henri narrowly escaped with his life, and converted to catholicism under intense pressure from his new family. In a bizarre twist of fate, Henri would later become king of France when his brother in law, Henri III, died childless.

Henri became known as ‘the Good King’, in part due the Edict of Nantes, which proclaimed religious freedom in France, but also because he cared for the welfare of his subjects. Not all of Henri IV’s people favoured the ‘bon vivant’ king, he was assassinated on May 14, 1610. 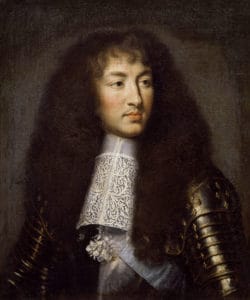 The indomitable Louis XIV styled himself as ’the Sun King’, and is possibly one of the most famous French kings. His creation, the palace of Versailles, moved the seat of power away from Paris into the country-side, where he had total control over his courtiers and nobility. Louis XIV was the longest reigning monarch in France, and held the throne for seventy-two years. 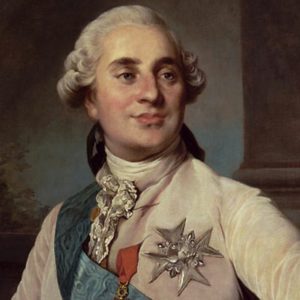 When the Bastille prison was stormed on July 14, 1789, Louis XVI was not at all concerned. Perhaps he didn’t fully understand the gravity of the situation, nor the desperateness of his people. The taxation wall built around Paris in 1784, drought, famine, as well as the rising cost and scarcity of bread were some of the contributing factors that led to the 1789 Revolution.

King Louis XVI and Queen Marie- Antoinette were stripped of their royal titles and held prisoner in the Tuileries palace. They eventually escaped, and were en-route to Austria when they were captured in the town of Varennes. The flight sealed their fate. Louis XVI was deemed a traitor to the Revolution, sentenced to death, and was guillotined at Place de la Concorde in Paris, on January 21, 1793.