How to look Parisian 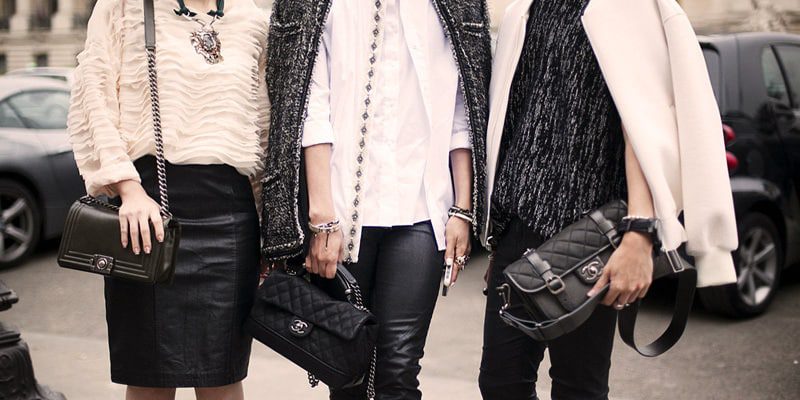 If you want to blend in the Parisian crowd and be considered as a Parisian, here are some tips on how to look Parisian. How to look Parisian is a skill on its own. Out of all the things to do in Paris, paying close attention to this skill is absolutely in the top three. In Paris, the tradition says that are tourist-unfriendly.

But that’s true only with the typical tourist with his big camera, his ugly Bermuda and awful sunhat. Looking like a tourist in a city is the best way to badly considered by the people around you, above all when those people are stressed Parisians.

On the contrary, If you look like a local, it’s plenty of benefit: the cars will let you cross the street easier, the pickpockets and con artists won’t come to see you, waiters in the restaurant will be nicer – sometimes. Consider taking a tour with locals to experience this first-hand. 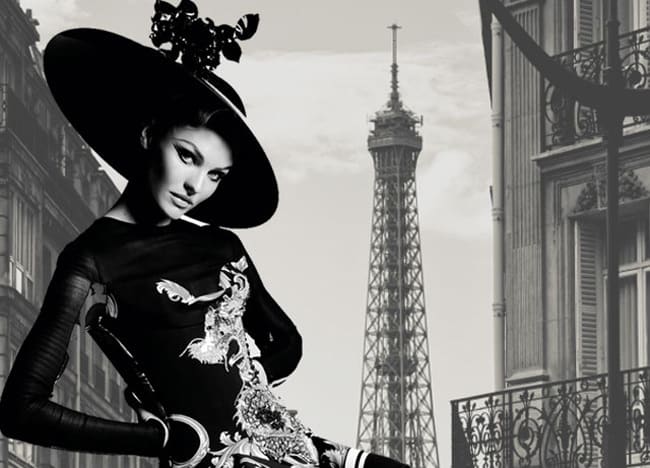 How to look Parisian is not as complicated a question as you may think. First of all, you have to know that the typical Parisian is not always with his three main attributes, the “three B” that the whole world imagines: often he has no baguette (except in the evening), no bottle of wine and most of all no béret!

However, during the week, when most of the people go to work, you can easily find the expression of the Parisian behavior. In this case, the “three S adjectives” who define him best are actually selfish, stubborn and stressed.

Fortunately, the Parisians are much more than that, they also know how to relax, how to have good time eating, how to be trendy and they can be great seducers. 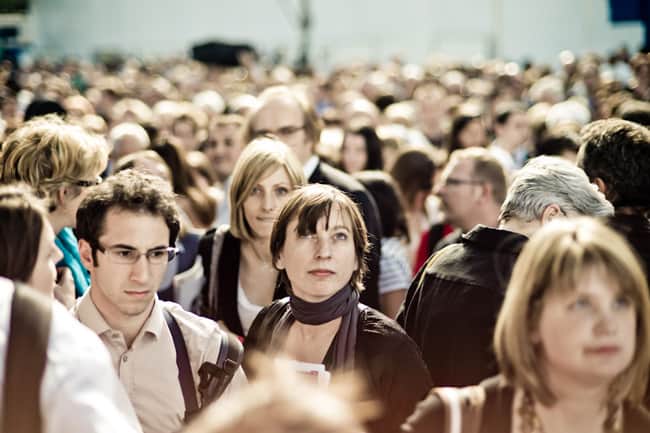 Knowing the social tips is probably the thing that would allow you to behave differently from the classical tourist, and they are crucial to know how to look Parisian.

In Paris more than in every other city, the most important is probably the appearance: if you don’t want to be seen as a tourist, the easiest way is not to wear typical tourists’ clothes .

In Paris, people are dressed in neutral colors. Only hipsters and very trendy persons wear flashy colors. Another important thing is that whatever could be the way you want to dress, in Paris, people have a specific look, it’s never a mixture of all the genres. 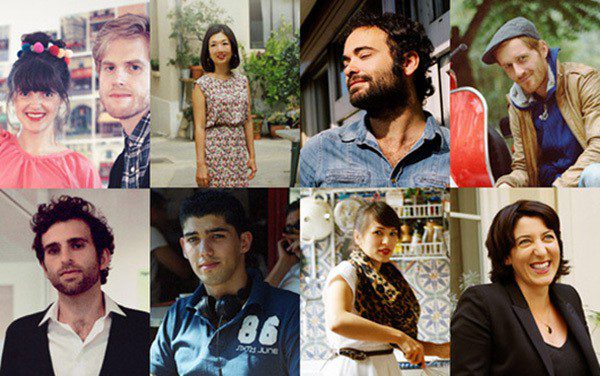 Some portraits of trendy Parisians

The point here is very specific to Paris and disturbs French and Parisians in foreign countries. When you meet a Parisian for the first time, like all French people, he will shake your hand. But if you are a woman he will probably kiss you once on each cheek (sometimes it can goes until 4 different kisses, alternating on the cheeks) so don’t feel surprised or scared about that.

However, even when you know a Parisian better, don’t try to hug him but just shake hands or kiss on the cheeks, even for a man. Getting around in Paris can sometimes be hard to understand, especially when it’s about traffic rules. In Paris, we cross the streets the Parisian way: no need to wait for the green signal, if you are a pedestrian and there is no car, you can walk without any problem even outside of the white stripes and this is the very best way to blend in Parisian crowd. 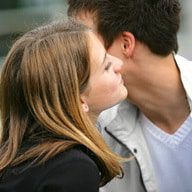 The French way of saying hello: la bise (kiss on the cheeks)

Transport
When moving about, how to look Parisian comes down mostly to behavior. In the metro, Parisians are polite: most of them will let the door open for you after you pass your ticket.

However, be particularly aware of the pickpockets, who are everywhere but even more present in the underground: don’t leave your wallet in an outside pocket, always keep your bags toward the front of your body and in sight.

You can also try other public transport if you don’t want to take a taxi: there are buses, tramways and also the Vélibs, the grey bikes that you can rent easily everywhere in the city and that have become a symbol of Paris.

According to how long you are staying and taking the metro, you can either buy single tickets (1,70€, for a travel of 1h30 in the metro without going out, or the same duration in all buses and tramways), a pack of ten tickets (13,40€ per carnet de tickets) or a passé Navigo for one week (19,15€, plus the pass which costs 5€).

You should do the math to know what to buy, taking into account that if you travel only some days in the week the more convenient it would be to take a pack of ten tickets. 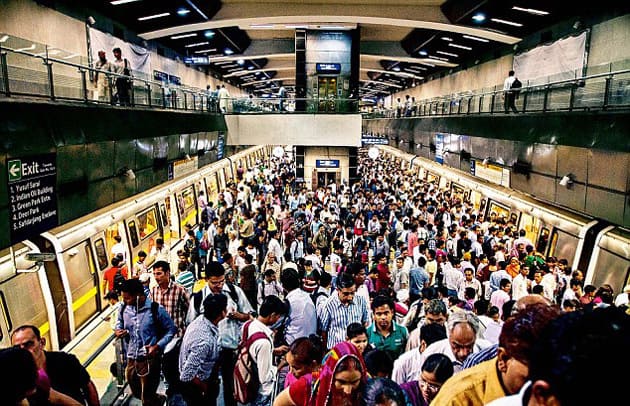 At the rush hour in the metro: beware of pickpockets!

In Paris, we take more than two hours each day to eat, which is why copying culinary behavior is crucial in how to look like Parisian over the decades, our attachment to the traditional three meals remains. Despite increasing facilities in the country for food at all hours of the day, at 1 o’clock, half of French people are having lunch. The average Frenchman considers meals as enjoyable moments as reading or listening to music.

In spite of the fact that about a third of young people are now used to snack between the main meals, particularly in the busy city of Paris. This persistent pattern is completely different from the United States , for example, where people are less likely to eat at the same time.

Now that we have seen that the “French cultural exception” exists also in the meal habits, We will look at some of the favorite dishes of the Parisians. But first, note that if you want to taste authentic French food and avoid the tourist traps, you have to find the right place to eat.

Then, concerning what to eat and drink, here is the description of a good day for a Parisian gastronome. For the breakfast, I would recommend that you take a cup of coffee and eat one or more croissants at the terrace of a Parisian café while you watch the city literally ‘wake up’.

For lunch, you can try the popular “steak-frites” (meat and French fries) in a brasserie or for a more sophisticated meal, ask for the plat du jour(“daily offer”) in a restaurant.

Something that would make you save some money is to remember that the 15% tip is included in the restaurant prices. Usually, we leave some coins on the table to the waiter if you want but there is nothing mandatory in that (1 or 2 euros for a regular waiter and up to 10 euros if the service was especially excellent in a good restaurant). It is just a special thank to the waiter. 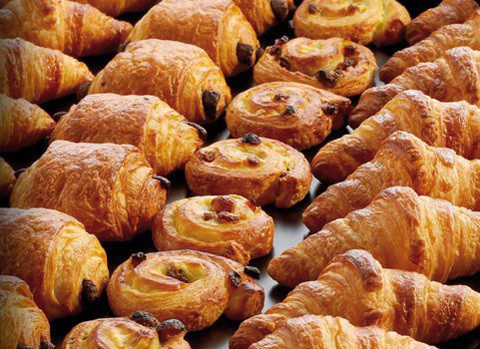 If you are hungry, you can also take an entrée and/or a dessert such as a crème brûlée or a tartetatin (French pie).

Like many busy Parisian workers, you can try the traditional jambon-beurre (sandwich with ham and butter) so you can say that you tried at least once the “French fast food”.

Then at around 4:30 pm, when children leave school, the time comes for the goûter (afternoon snack): this is a good opportunity to taste the multitude of viennoiseries present in the French bakeries: the croissant, the pain au chocolat (literally bread with chocolate), the pain au raisin (with grapes), the chouquette and the macarons.

This should hold your stomach till the last meal of the day: dinner. This meal is usually a little less consistent than the lunch, but you also have more time for enjoying the food, for instance in a romantic restaurant, like the ones on the Saint-Louis island.

For a more specific dish like the crêpes remember that the best crêperies are in the 14th district, mostly on rue de Montparnasse. 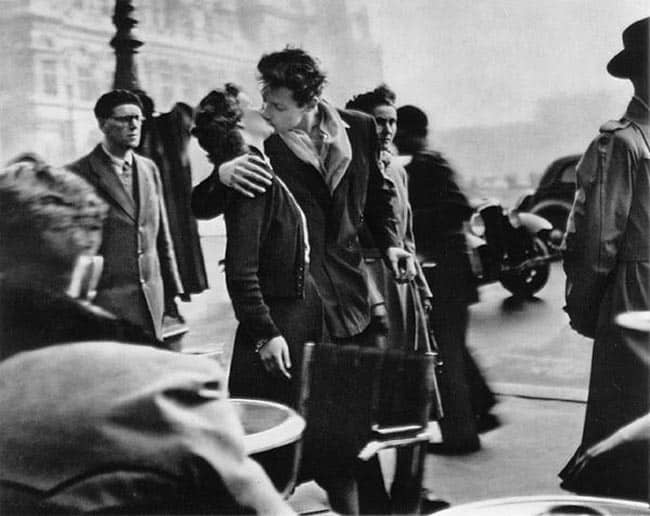 Le Baiser de l’Hôtel de Ville of the French photographer Robert Doisneau: maybe you will finish your Parisian stay with this beautiful achievement!

Mathilde attends political sciences lessons at Sciences Po. She is a born and raised Parisian from the South of Paris. She is fond of French cinema, modern art, and the Opera. But what she enjoys the most in Paris is having great picnics with her friends on the Seine's banks. 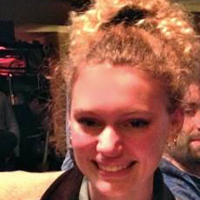 Mathilde attends political sciences lessons at Sciences Po. She is a born and raised Parisian from the South of Paris. She is fond of French cinema, modern art, and the Opera. But what she enjoys the most in Paris is having great picnics with her friends on the Seine's banks.