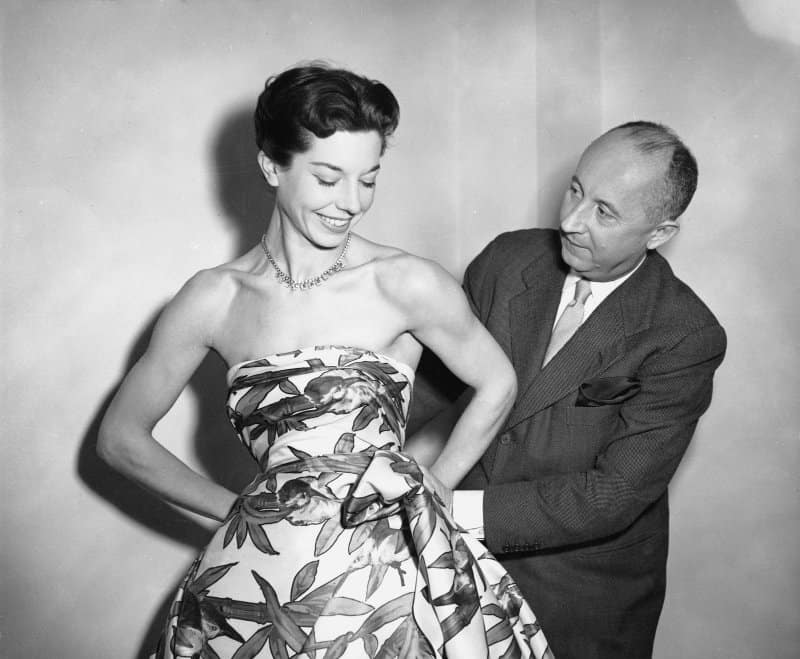 Everyone knows the famous slogan “Dior, J’adore!”, but what do you know about Christian Dior? Today I will be sharing with you my top 5 fun facts about Dior. Christian Dior, one of the greatest French couturier, was born on January, 21st of 1905 in Granville, and died in October, 24th of 1957 in Italy. From perfumes, lingerie accessories, to the most prestigious clothes, Christian Dior dressed women with elegance and still does.

Paris is the city he chose to start his career in arts and the fashion industry. Despite the fact that, during his lifetime, he only worked for about fourteen years in fashion, his contributions to this industry life-changing and endless. In 1957, more than half of French couture exports were from the Dior house. Dior was also the first French couturier to be featured in the Time Magazine. He was the celebrities favorite couturier. Marilyn Monroe, Liz Taylor, Ava Gardner and many other gorgeous women only swore by him. If you’re curious and want to know little more about Dior, read on and find out my top 5 fun facts about Dior!

Fun fact nº1: He owned an art gallery in Paris 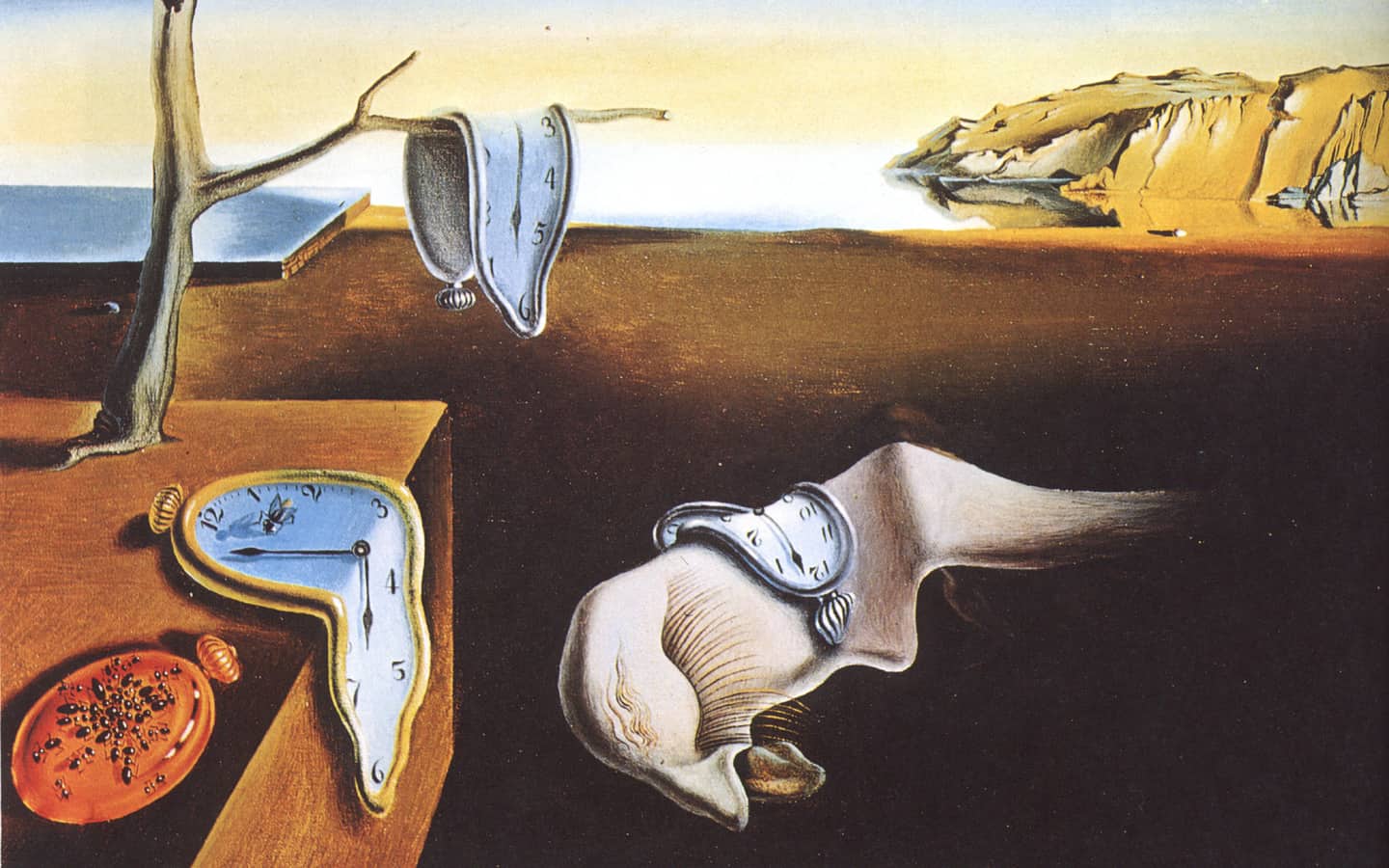 Before starting his career in arts and fashion, Dior actually wanted to be an architect while his parents wanted him to be study politics. He enrolled in Paris Institute of Political Studies, also known as Sciences Po, in Paris. But political studies were definitely not very thrilling to him, so, in 1928, he decided to open art galleries in the right bank of Paris.

In his art galleries, the works of famous artists were exhibited, such as Pablo Picasso, Marcel Duchamp, Man Ray, Joan Miro, and plenty of others. In one of the art galleries, he even exhibited The Persistence of Memory by Salvador Dali, which was the first time the painting was to be seen in the city of Paris.

Fun fact nº2: Feminist did not like his creations 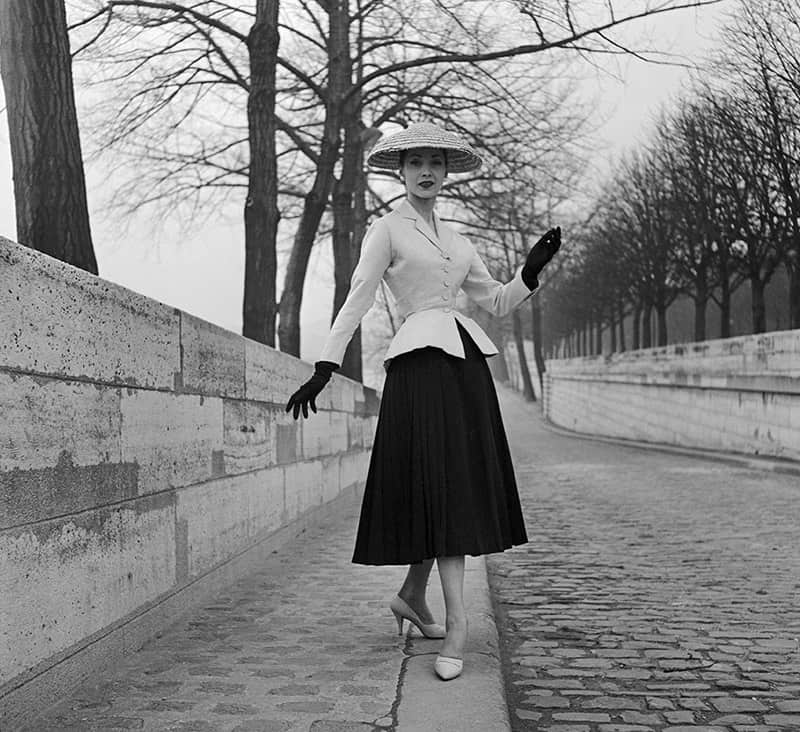 As I’ve told you earlier, Christian Dior first wanted to be an architect, so he always paid a special attention to the forms, the lines, the shapes of his designs. This was noticeable in his creations, because he wanted to achieve well-proportioned looks so a particular emphasis on the hips and bust was applied. For instance, one of his most popular pieces was the “Bar Jacket“. This particular piece was from the “New Look” collection, it followed the curved line of the bust and then tighten the waist. This kind of creations was to highlight the women’s body shapes and curves.

However, Feminists did not like some of his collections, because they considered they required women to be uncomfortable by wearing items such as corsets and paddings to fit in the Dior set standards. While Coco Chanel wanted to loosen women up, Christian Dior wanted to affirm their curves.

Fun fact nº3: The story behind the Miss Dior perfume 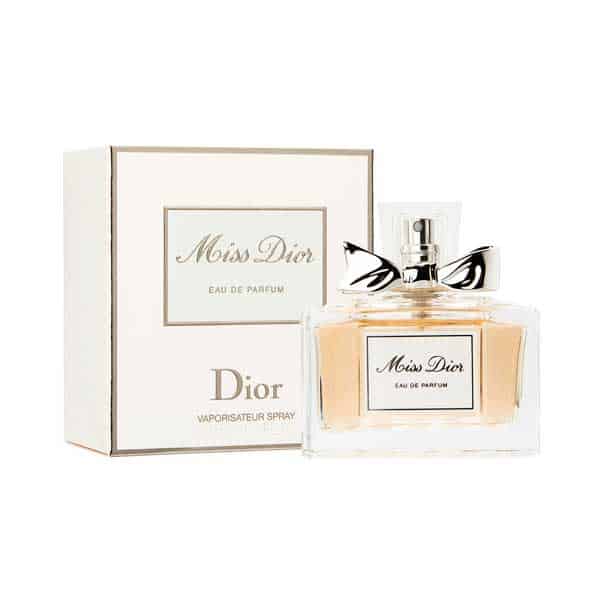 During the World War II, Christian Dior’s sister, Catherine Dior, was a member of the French Resistance against the Nazi occupation. She was captured by the Gestapo and was sent to the Ravensbrück concentration camp in Germany where she stayed imprisoned until her liberation in 1945. As a tribute to her sister, Dior named one of his perfumes as “Miss Dior”. The essence of the fragrance is very floral, in reference to the time they spent in the South of France, in Grasse. 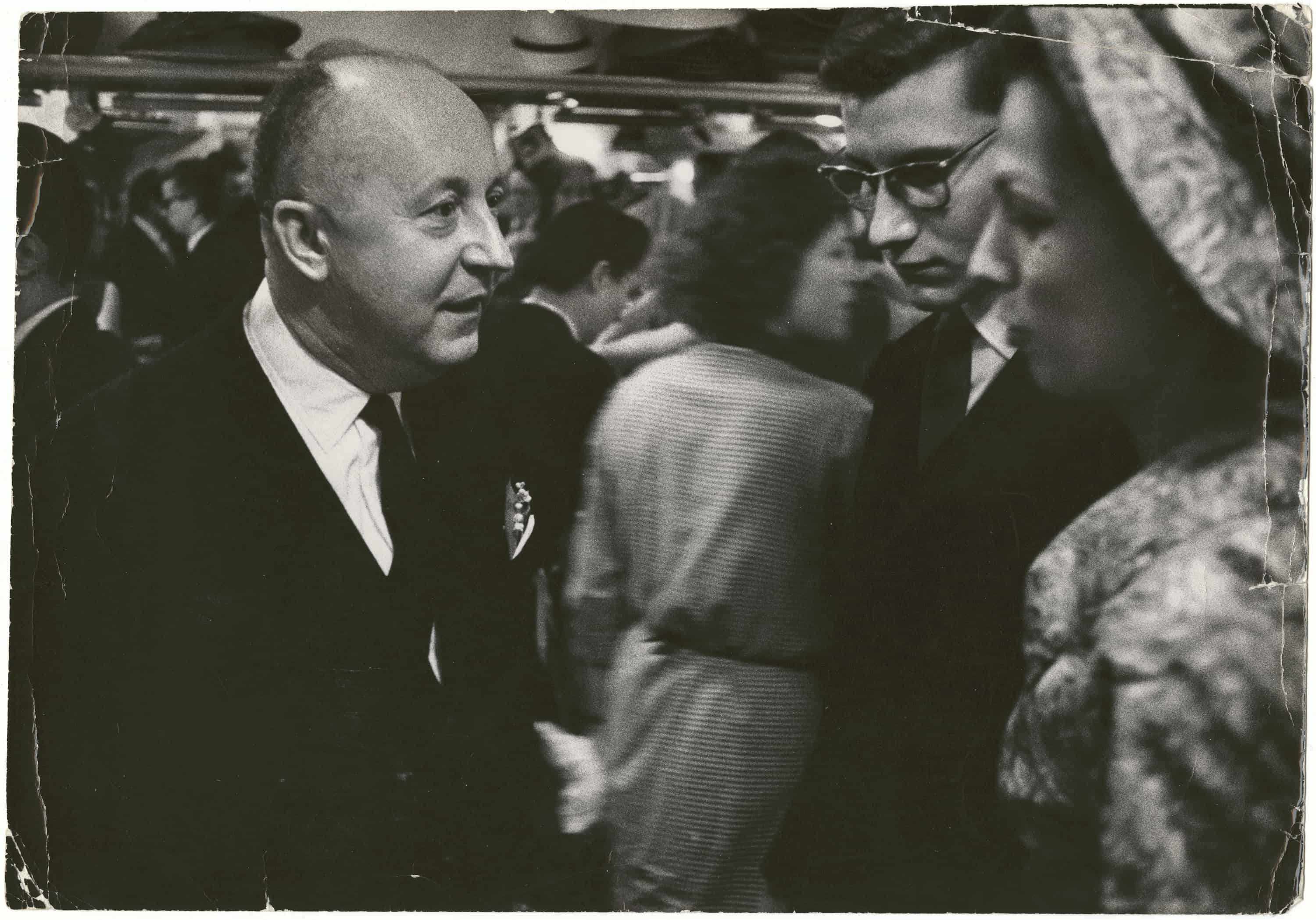 Fun fact nº5: Each collection has its own silhouette 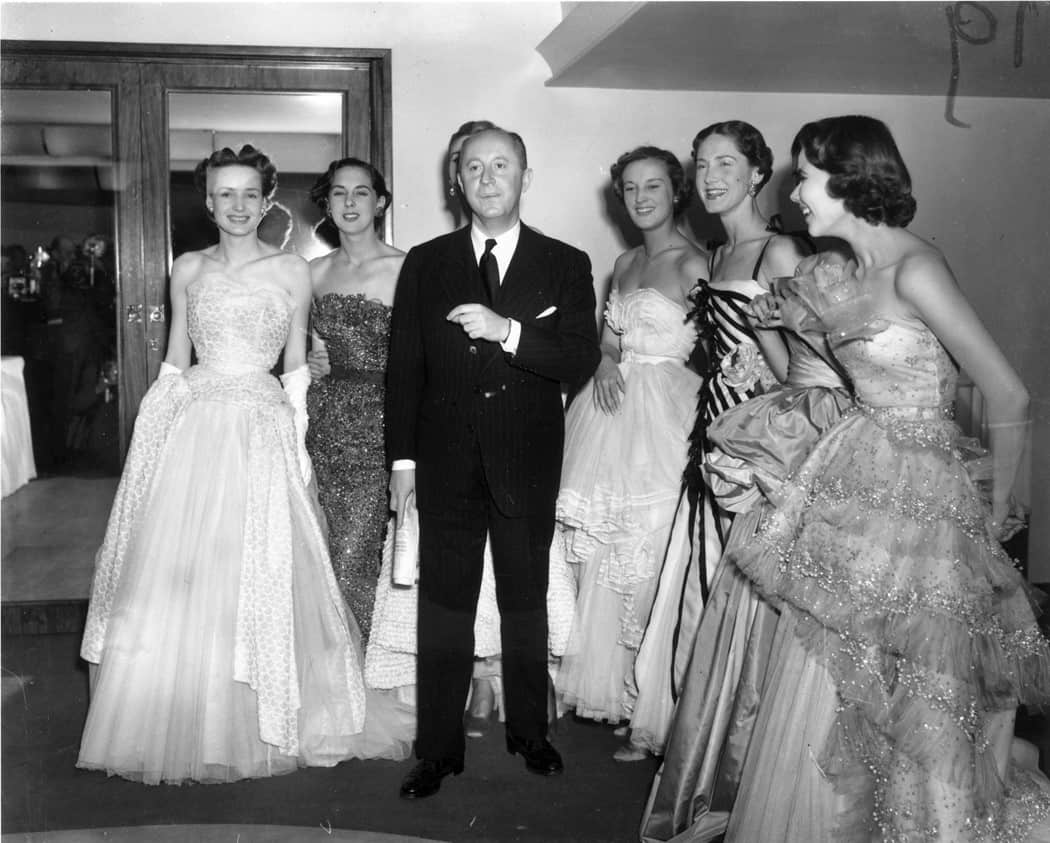 Christian Dior adapted his collections to the times. In 1947, after the World War II, he presented creations that were to bring joy and confidence to the people. For instance, one can clearly see that flowers inspired the designs of the “Corolle” collection dresses. Women that used to dress “Corolle” dresses looked like young tulips! Then, the “En 8” collection, which is also known as the “New Look“, enhanced the curves of the women body. The creations defined the waist to accentuate the curves of the body. With this collection, Dior hoped to reawaken the desire of being seduced. He wanted women to highlight their best assets, so that they could regain the confidence they lost during the Occupation, a period of insecurity and anxiety. 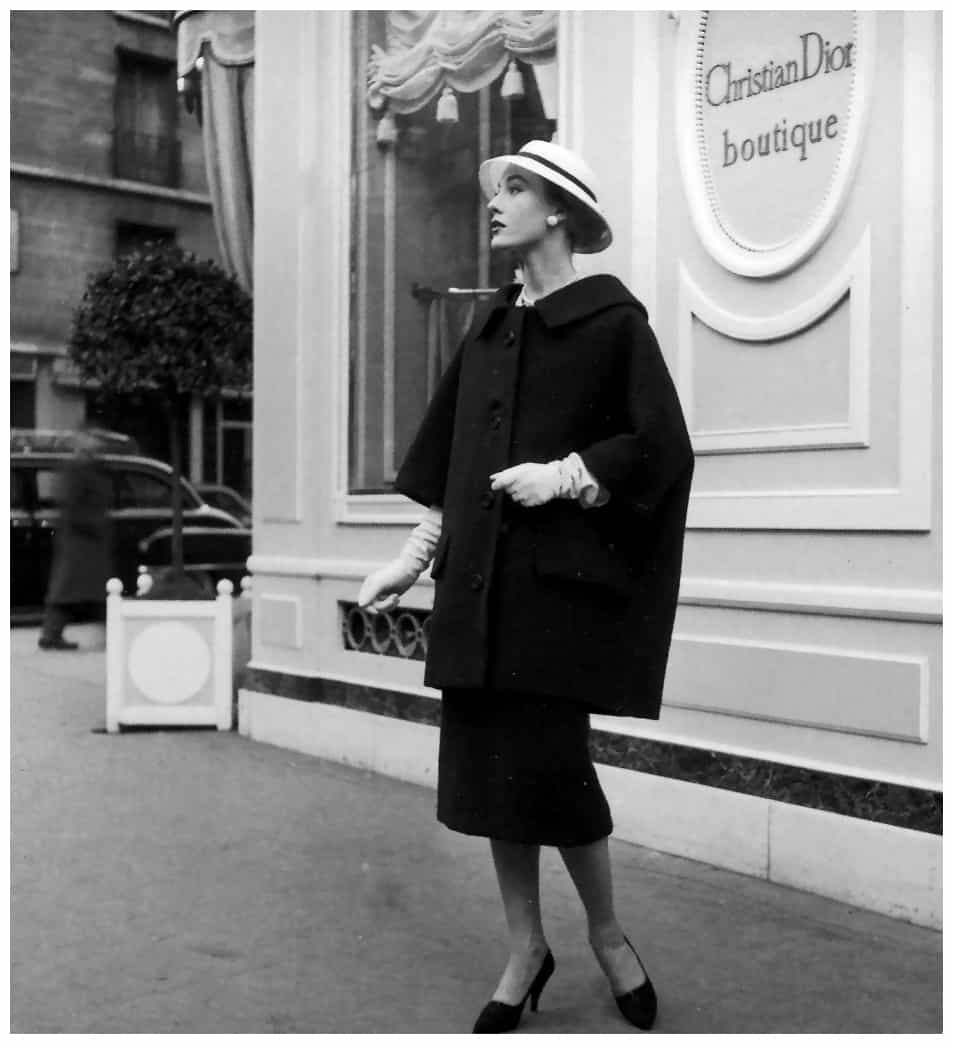 Dior’s next collections were more moderate. The waist and the hips were less emphasized. Each collection presented a different silhouette, depending on its context. That is why Dior’s fashion shows were and still are much anticipated. In my opinion, his creations were based on society. He believed fashion could give women what they needed.

You now know my top 5 fun facts about Dior! I hope you’ve enjoyed reading this article. Don’t hesitate to contact us if you need further information about anything. As you will be walking Paris, you will see that it really is an inspiring city. You will understand why some of the best fashion designers were from Paris. The architecture, the people, the lifestyle are unique. Christian Dior’s creations are distinctive, because the history and the context of the city always influenced his designs. If he felt women needed to regain confidence, he tried to ensure that they would increase their self-esteem by showing their curves. If he felt women needed practical but still feminine clothes, he would launch a new collection based on this end. While in Paris, have a look at the people, at the architecture, and try to find out how the city has inspired Dior’s collections! See you soon in Paris!