Where to Eat Pancakes in Paris 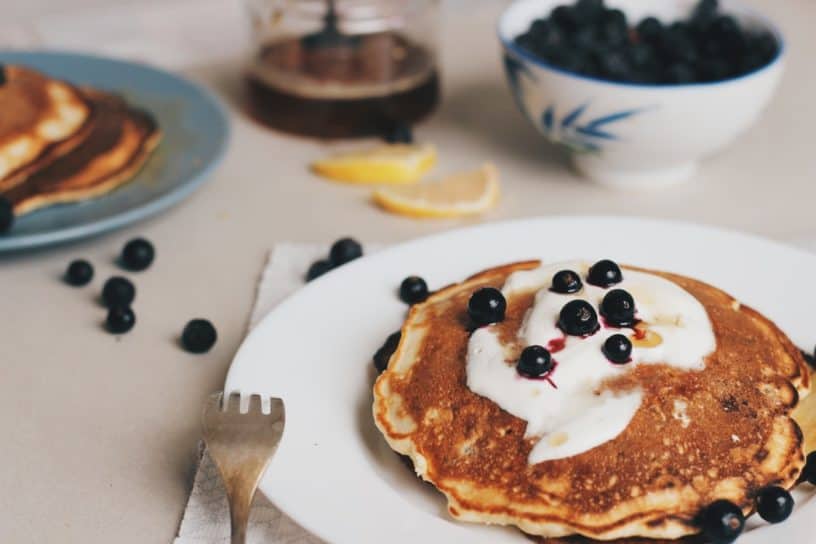 Where to Eat Pancakes in Paris

When a pancake craving hits, it usually comes with a specific pancake style as well. One is usually quite clear on whether it’s sweet, sugary, savory or a mixture of all that they are hankering for. 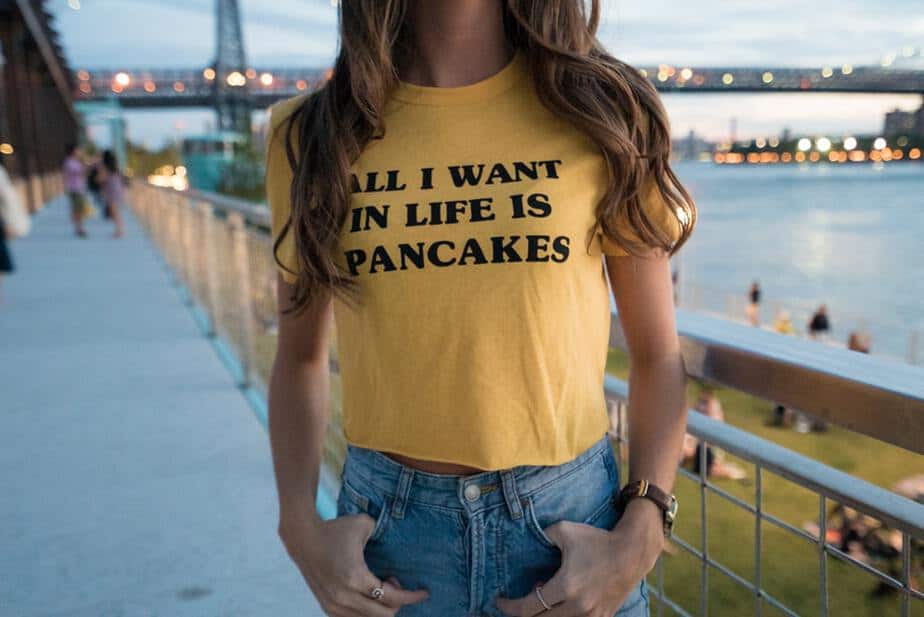 Having perfected the art of most cakes and pastries, Paris’ pancake game is unlike any other in the world. This brunch dish is taken very seriously throughout all the cities arrondissements and most people can find delicious pancakes within walking distance from their Airbnb or hotel.

I’ve put together a list of exactly where to go to eat the best of the best from each category of pancakes in Paris. Read on!

BigLove is a gem in the north of le Marais. Since a lot of free guided walking tours start up here, I am always recommending it as a bunch spot for people who need gluten free meals.

After trying their sweet ricotta pancakes I now boast it as a great brunch spot as well! One of the best pancake experiences one can have in Paris, in my opinion. 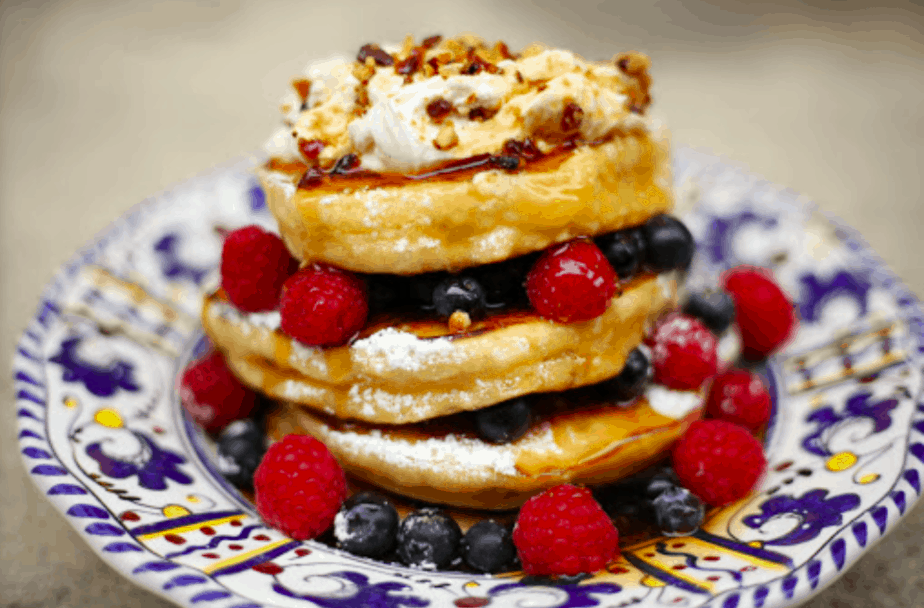 Drizzled with powdered sugar and raspberries, they are exceptionally sweet and delectable. If you are dining with another person, consider ordering a portion of the avocado toast as well just to balance the act.

A savory pancake in Paris is a crêpe. Parisians aren’t accustomed to putting savory foods onto sweet cakes, so crêpe’s are the closest you’ll get to a hearty meal combined with pancake mix.

Little Breizh is known amongst locals as one of the top crêperies in Paris. They specialize in both sweet and savory crêpes with everything from spinach to salmon as toppings.

The cafe is on the Left Bank just across from the Notre Dame. It is usually always full but they turn tables quickly and the wait is never very long.

Paris will do savory pancakes so long as there is a sweet element combined with it.

HolyBelly 5 is a Melbourne inspired, slightly hipster cafe in the 5th arrondissement close to the Canal Saint Martin. 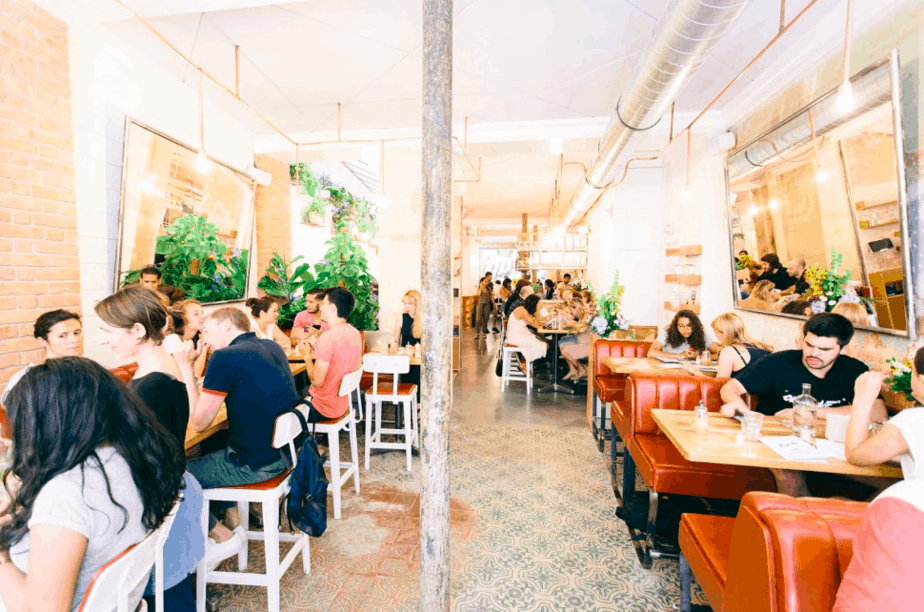 Their savory sweet pancake dish features bacon, maple syrup and homemade bourbon butter. If you are a lover of one or more of these ingredients this dish will blow your mind.

Those who are a little less adventurous with flavors can opt for the basic breakfast stack which includes pancakes topped with eggs and bacon.

Opening Hours: Monday to Sunday – 9am to 5pm

Personally I am not too fazed by sticky syrups, rich creams and loads of sugar when it comes to pancakes. I prefer to enjoy them in their more natural state, accompanied by as much fruit as possible.

Café Méricourt just south of the Canal Saint Martin holds this same notion, and their pancakes are the fruitiest in town. 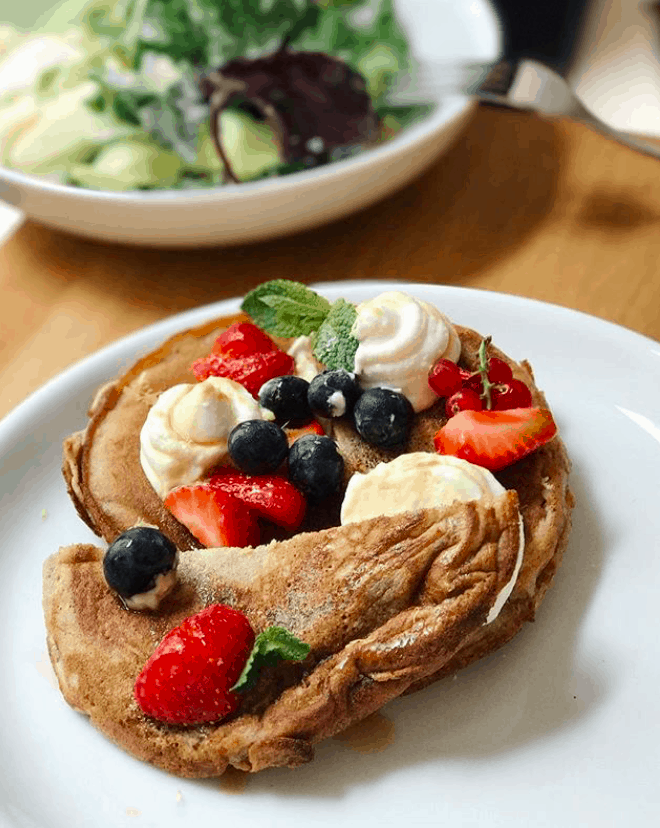 Toppings vary between seasons and availability. Of course berries are always a crowd pleaser and these usually come standard regardless of the time of year. Enjoy one of their chai lattes with your meal, they pair very well together.

Opening Hours: Monday to Sunday – 9am to 6pm

Another establishment after my own heart embracing the fruity stack from a cruelty free angle is Kitchen.

Kitchen is in the far north of le Marais and while not a fully vegan eatery, they have ample vegan options on the menu including their pancakes. 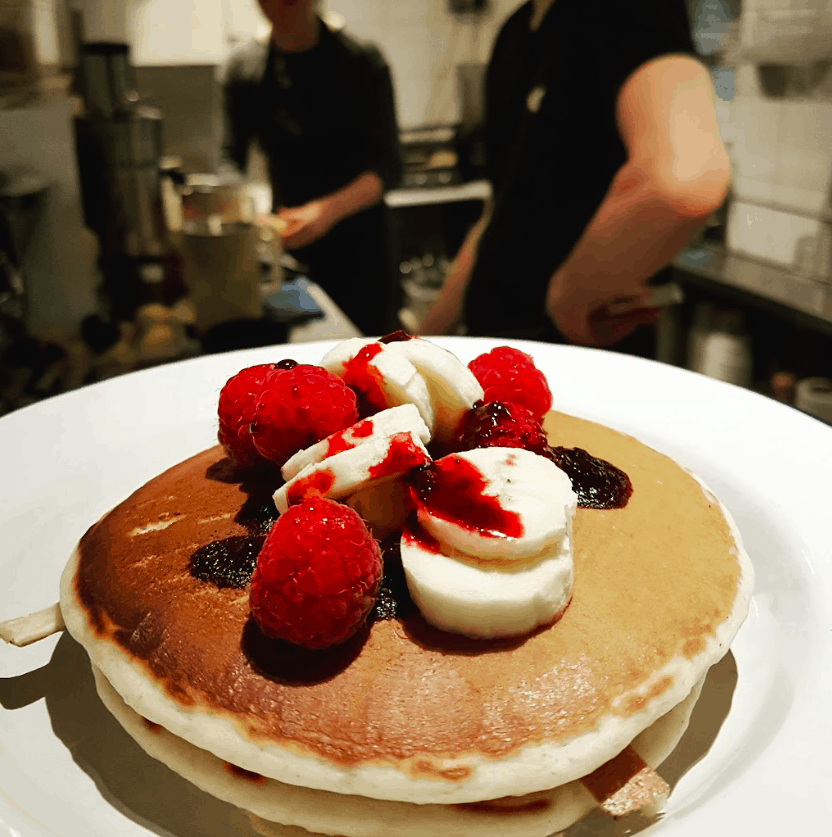 Kitchen in Paris – by Kitchen – Uploaded by them

The stack is usually accompanied by a berry compote of sorts, powdered sugar and some fruits of your choosing. If I didn’t tell you these pancakes were void of eggs and dairy you’d never know the difference; light, fluffy and delicious.

Opening Hours: Monday to Sunday – 8am to 4pm

Pancake Sisters have made a big name for themselves around Paris as leaders in the game. Their menu is extensive, with ample savory and sweet toppings to create the pancake stack of your dreams.

Not all of the options at Pancake Sisters are gluten free, but they will make gluten free stacks upon request. Be sure to make this clear to them upon placing your order.

I love their fig based options. The menu is slightly pricier when compared to other pancake dishes in the city, but then again it is a specialized restaurant and pancakes are their sole focus.

Opening Hours: Wednesday to Sunday – 9:30am to 3pm

There are few things worse than leaving a pancake brunch still hungry for more. Finding the biggest, heartiest stack of pancakes in Paris is at the top of some peoples bucket lists believe it or not.

La Crème de Paris is right across from the Grevin Museum in Paris’ 2nd. They are open close to 24 hours a day and make the thickest, fluffiest and best portioned pancakes in the city. 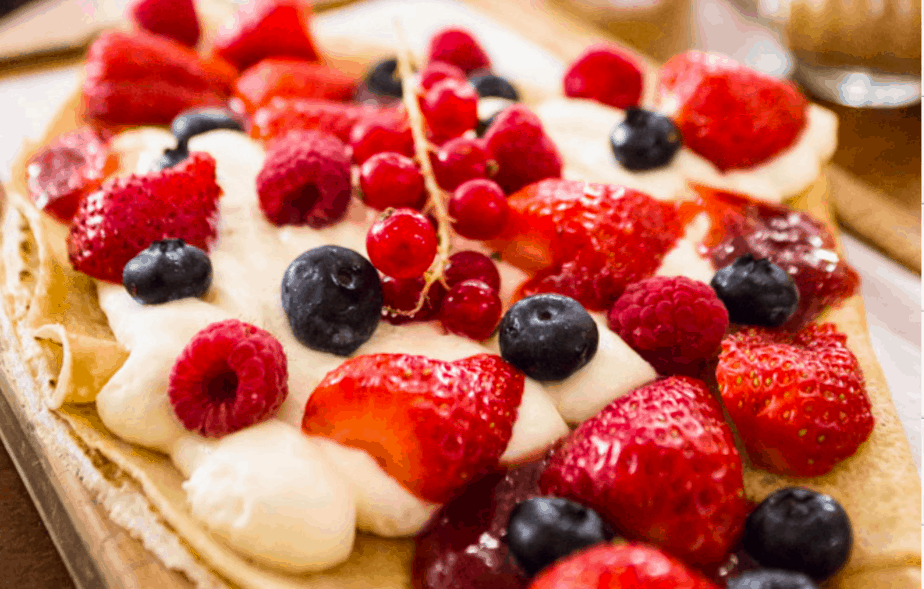 You can’t go wrong with their house stack, but their waffle are worthy of a mention as well. On weekends La Crème de Paris is open until 6am — did someone say late night pancake run?

Opening Hours: Monday to Sunday – 8am to 2am