Where to Find Vegan Ice Cream in Paris 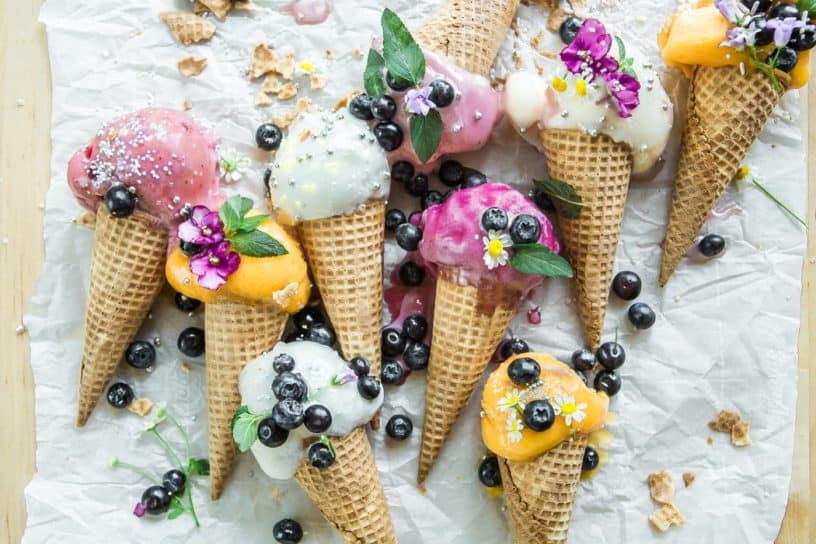 Where to Find Vegan Ice Cream in Paris

On the vegan frontier Paris is still considered a developing nation. The French love their rich, milky cheeses and decadent meat dishes, so shying away from these age old traditions is going to take a while to become the norm. 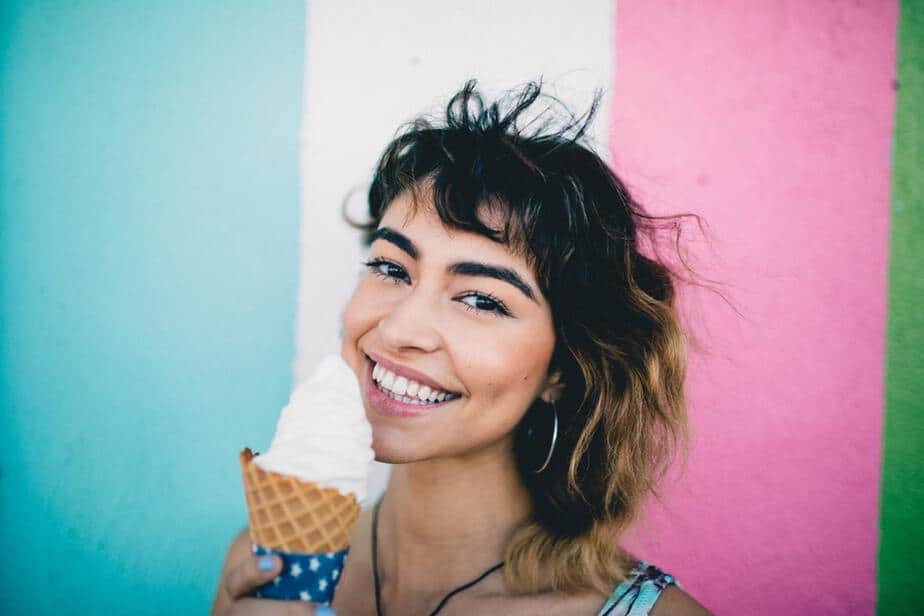 Supermarkets in Paris will usually stock at least one vegan ice cream in their freezers. They won’t always be branded as such, but look out for anything labeled “frozen dessert” or dessert glacé. These are usually non-dairy based ice cream alternatives.

If you prefer the scoop to cone version while walking the streets of Paris, here are a few spots where you can find it.

As far as vegan ice cream in Paris goes, this is where you’ll find the widest variety. There are over 25 flavor options in the shop.

Customers are encouraged to choose two or more for their experience. You’ll find the usuals like vanilla and chocolate, and then a bunch of creative, experimental treats as well. Spirulina ice cream, anyone? 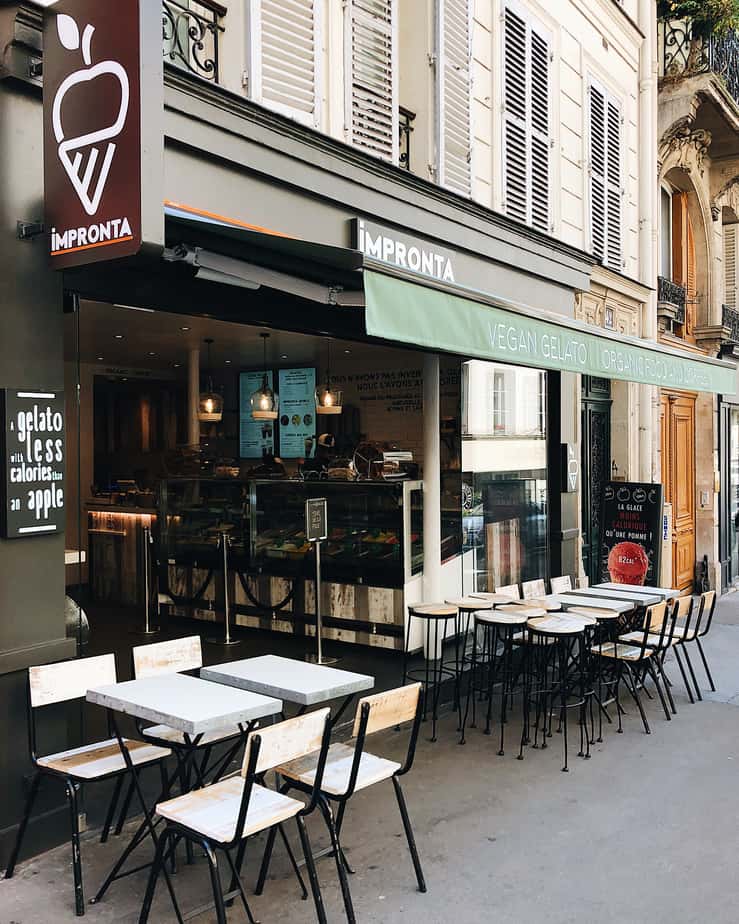 Impronta in Paris – by Impronta – Sourced from their website

The staff will let you taste as many flavors as you please in order to make your choice. Their cones are also made entirely vegan.

Being so close to Montmartre hill, this is the perfect refreshment stop after a free guided walking tour through the village.

Berthillon has called Notre Dame’s island in the middle of the Seine home since 1954. They have been serving the community their ice cream fix since this area was nothing more than a cathedral and a few cobblestone streets.

Berthillon does authentic gelato and their product is delicious. At this time they are unfortunately only offering one vegan flavor in store at a time. Plant based eaters can also enjoy their range of sorbets that are dairy-free. 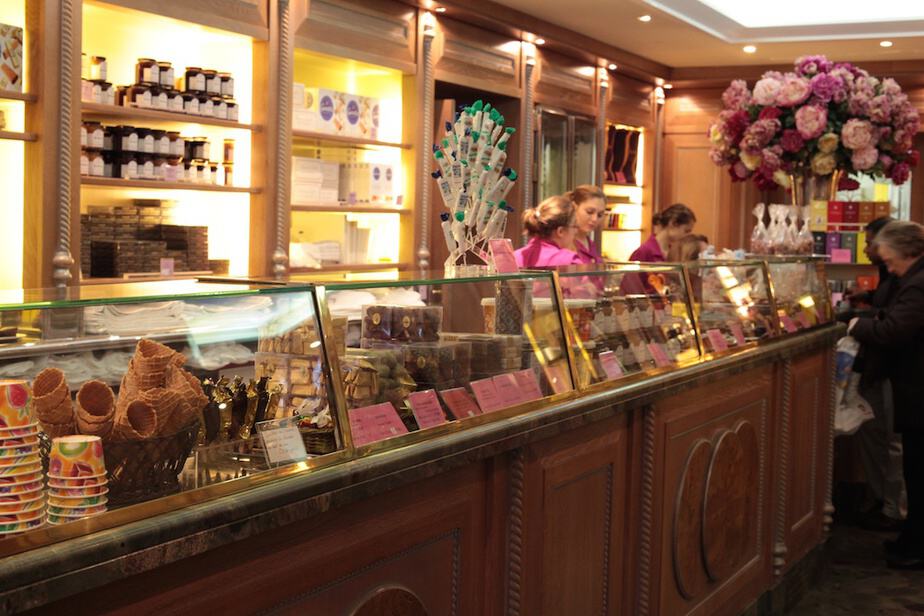 Rumor has it that Bethillon supplies the ice cream shop located directly across the street. If you find the queue to be considerably long at the first spot, you can find the exact same flavors and product access the street. Head to wherever has the shortest line and save yourself some time.

OPENING HOURS: Wednesday to Sunday: 10am to 8pm

Amorino is the most recognizable name for ice cream in Paris since there are so many beaches situated around the city. Theres one in Notre Dame, the Louvre district, one in Montmartre, a handful in the Latin Quarter… the list goes on.

Amorino will usually have about six vegan ice cream flavors on offer in store at a time. Some of the more central stores will offer over 10 at a time. Luck of the store, I’m afraid.

You may recognize Amorino ice creams from social media; they are one of the most Instagrammable foods in the city due to the floral creation the servers make when they spoon the ice cream into the cone. 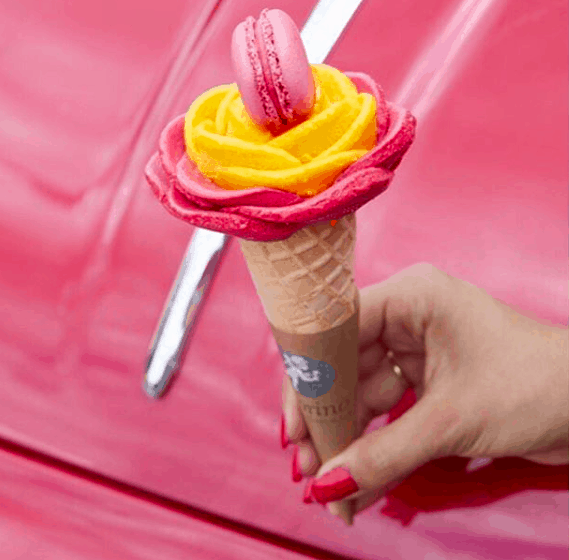 They also offer the addition of a homemade macaron on top of your cone, at present there are not made vegan.

My favorite Amorino is the one nearest to the Eiffel Tower. They have the biggest range of vegan options at all times, and it’s great to be able to walk to see the Iron Lady as you enjoy your treats .

Vegan Folie’s is a little 100% plant based treat shop on the Left Bank near Paris’ Botanical Gardens.

They offer everything from ice cream to cheesecake, cupcakes to pastries. They sometimes make varieties of vegan sandwiches that you can purchase in store. 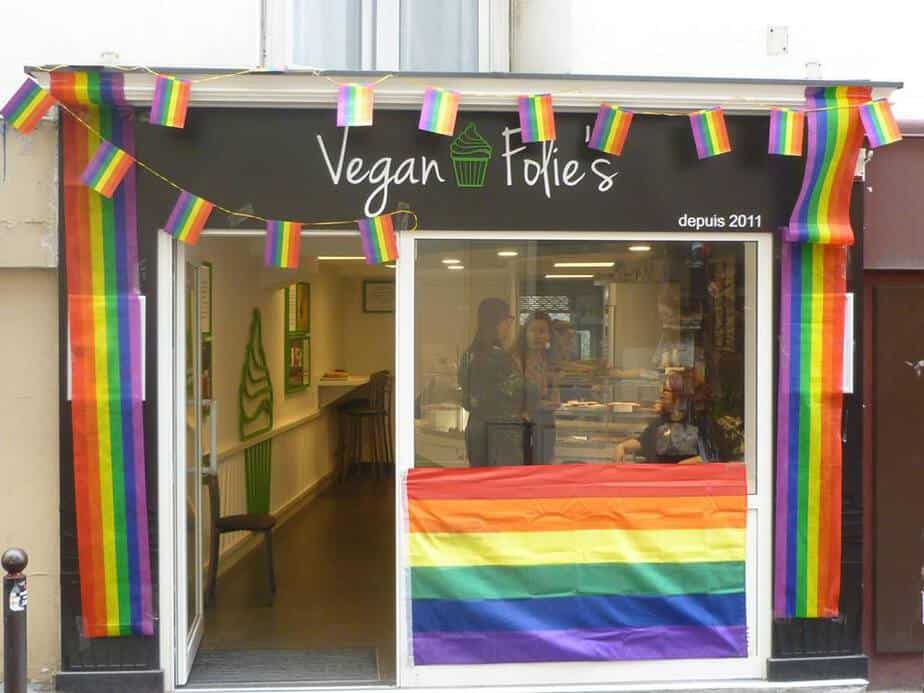 If you eat solely plant based it’s a wonderful spot to visit for the experience of being able to order absolutely everything off of the menu without having to ask questions first.

Their ice cream is slightly on the icy side but tasty nonetheless. Pairing your scoop with any of their other baked treats is always a good idea. You can even make an ice cream sandwich with two vegan cookies and a scoop of your favorite flavor.

Janine Loves Sunday is a Parisian gem for the vegan community. It is the first and only entirely vegan brasserie in the city. You’ll find it in the 2nd arrondissement, north of the Louvre and museum district.

The space offers all the meals you’d usually find in a traditional Parisian brasserie, except they are all made entirely with plants and natural ingredients. No dairy, no meats, no cruelty.

They also do a few international dishes like pizzas and pad thai. 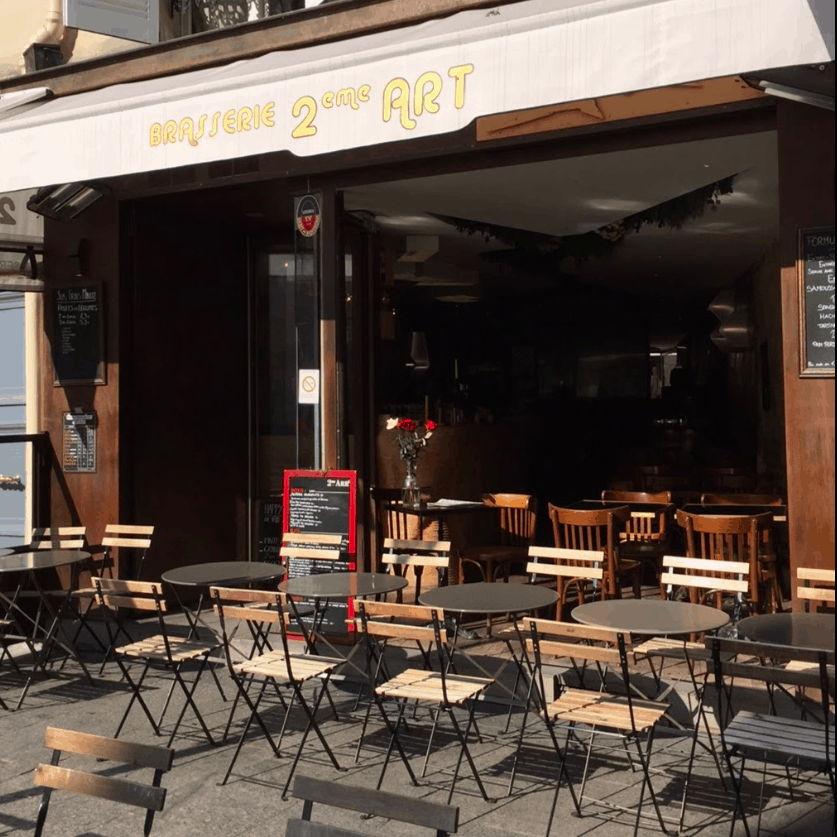 Their dessert menu features some ice cream based options. You can either enjoy individual scoops or add them to a waffle base (which is delicious by the way). Take aways are available if you’d just like to pop in for a scoop en route past the restaurant.

OPENING HOURS: Tuesday TO SUNDAY – 11am to 12am