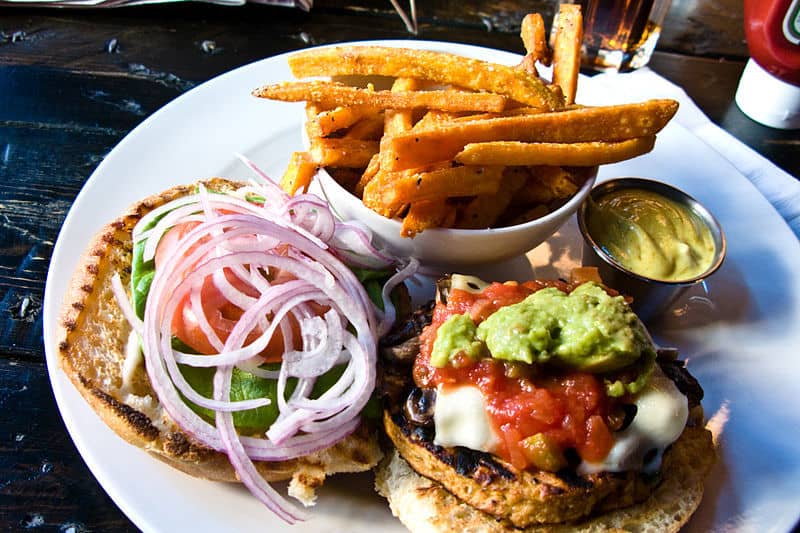 Gourmet burger joints arrived in Paris pretty recently. I remember them popping up like mushrooms around 2015. Most of these spots offered at least one veggie option.

Often to offset the taste of a cheaper meat substitution burger the chef makes the canny choice to smother the galette in cheese. 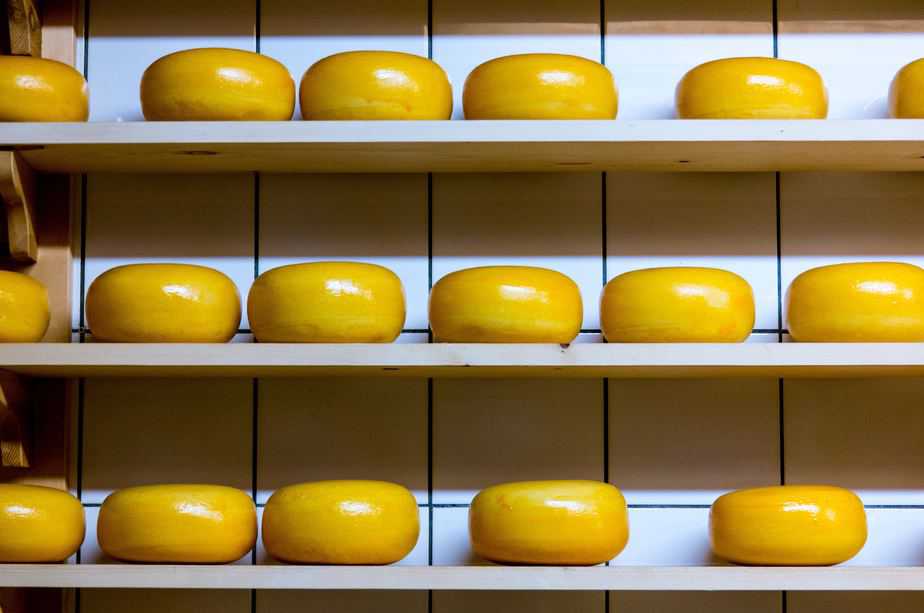 Not so good for Vegans.

But in the tricky and fast changing restaurant industry where perhaps just half who try succeed, setting up a purely vegan burger joint is a big risk.

VegeActu claims 5% of the French population is vegetarian or vegan, based on a 2017 survey. Estimates for those practicing ‘flexitarian’ are as high as 30%, according to the marketing department of the brand Herta. Although the stats for pure vegans is significantly lower, the majority are based in the capital.

Veganism is probably the biggest growing food trend across Europe today; France is following in the footsteps of nearby London and Berlin. 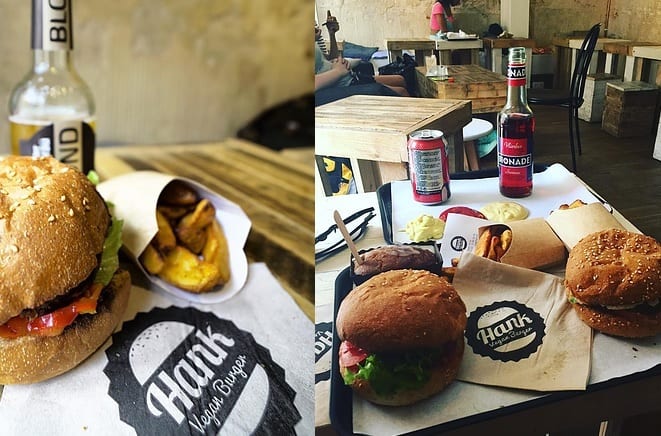 Hank were well ahead of the trend. They’ve been around since the late 70’s. The veteran vegan spot is ironically opposite a taxidermy museum, “le musée de la chasse et de la nature”.

The décor is authentic, well-worn wallpaper set against wooden cladding. Downstairs you can order and grab a perch. If you’re eating à deux or want a little more leisurely lunch after a morning pacing the Marais. Head upstairs to take a seat at one of the D.I.Y tables with cosy cushions, snuggle in by the window and watch the world go by on la rue des Archives.

On the menu you’ll have a choice of 5 burgers, all with catchy franglais monikers: l’allumé, tata Monique, la Rockeuse, la Catcheuse et le Touriste, (the last of these is the burger of the day).

My personal favourite is l’allumé, which has charred peppers and a slightly smoked BBQ sauce taste! 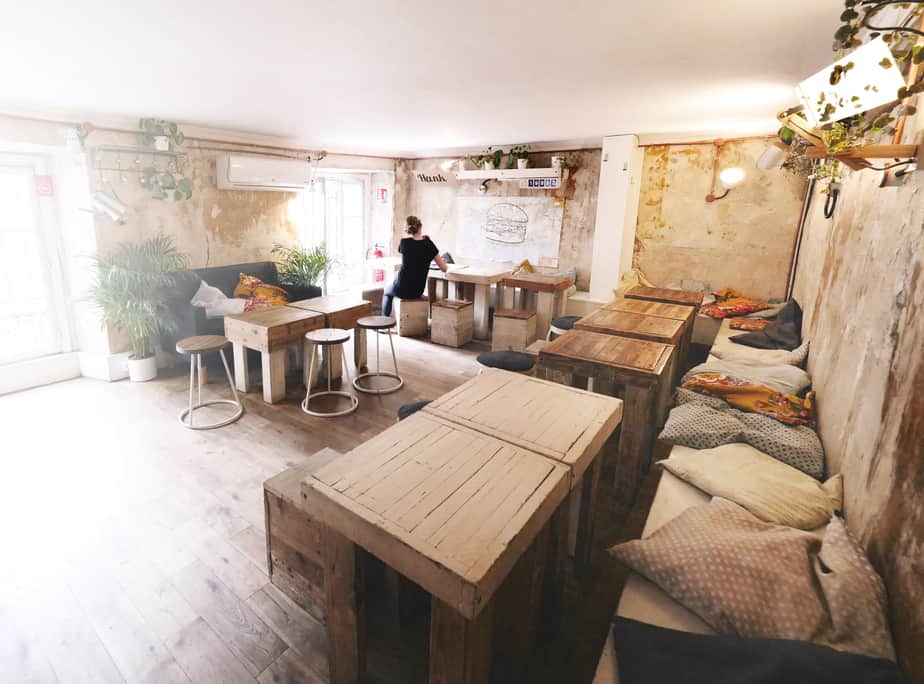 Their faux mayonnaise is also delicious. All in formulas are at 13€ or 15€, add 1€ if you want to add an alcoholic drink (a beer), making it an affordable lunch or casual dinner spot in a spendy side of town. 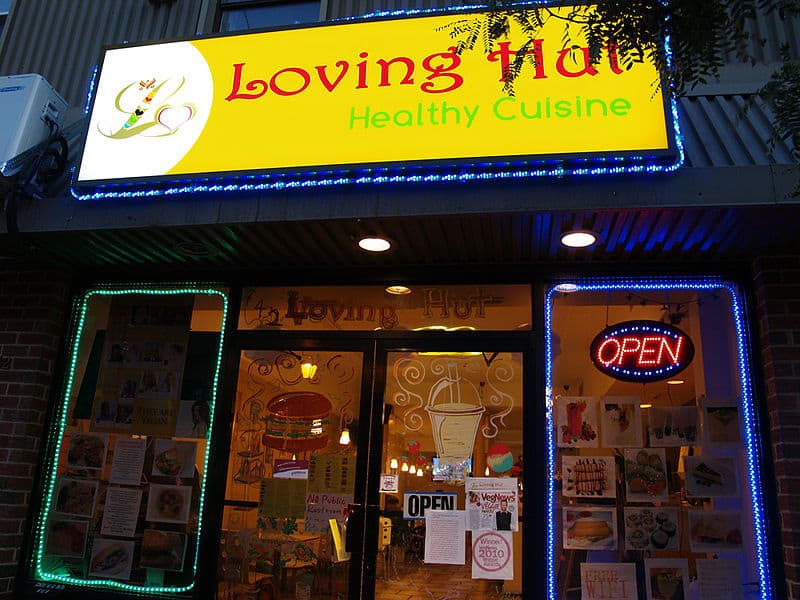 This dinky restaurant near Bastille is probably pretty close to what you’d conjure up if you imagined a vegan restaurant in Paris. While these pioneers revisit plenty of classics, such as kiche and crêpes alongside Pan-Asian inspired favourites, they do have a Vegan burger and a ‘Vegan cheese burger’.

These boast a homemade soy and wheat burger enveloped by artisanal bread, pickles and vegan mayonnaise and ketchup. If you decide to go all out with the ‘cheeze burger avec frites’, it shan’t break the bank at 12.70€, and you’ll be supporting the vegan cause and independent restaurants. 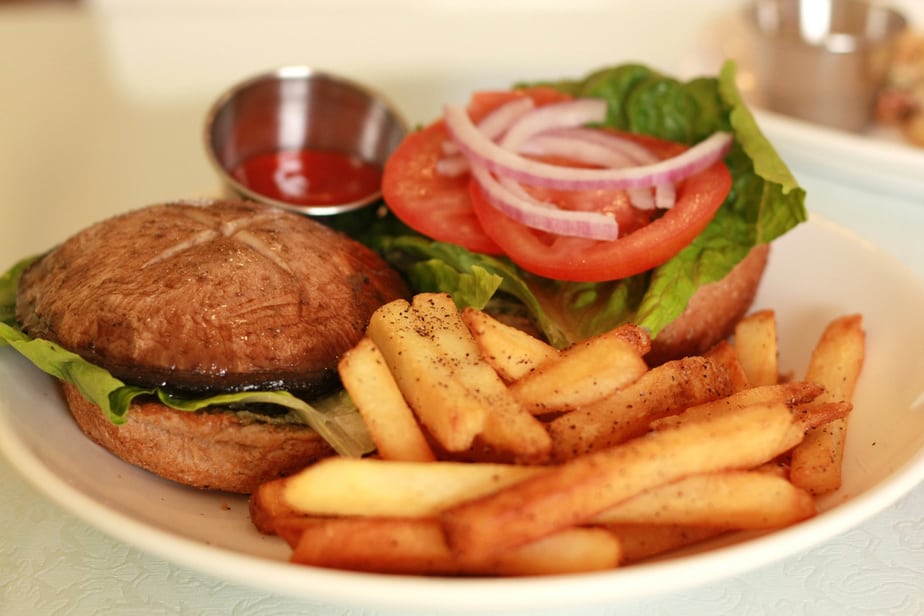 East side Burgers is to be found in the hip 11ème at 60 boulevard Voltaire. This is hands down the best neighbourhood for vegan fare.

East side’s offer is pretty classic: Your regular burger joint taste with none of the chichi gourmet trappings. The only difference is that it’s all 100% vegetarian. Ask for vegan cheddar on your burger or hot dog and check the burgers with a (V) next to them. 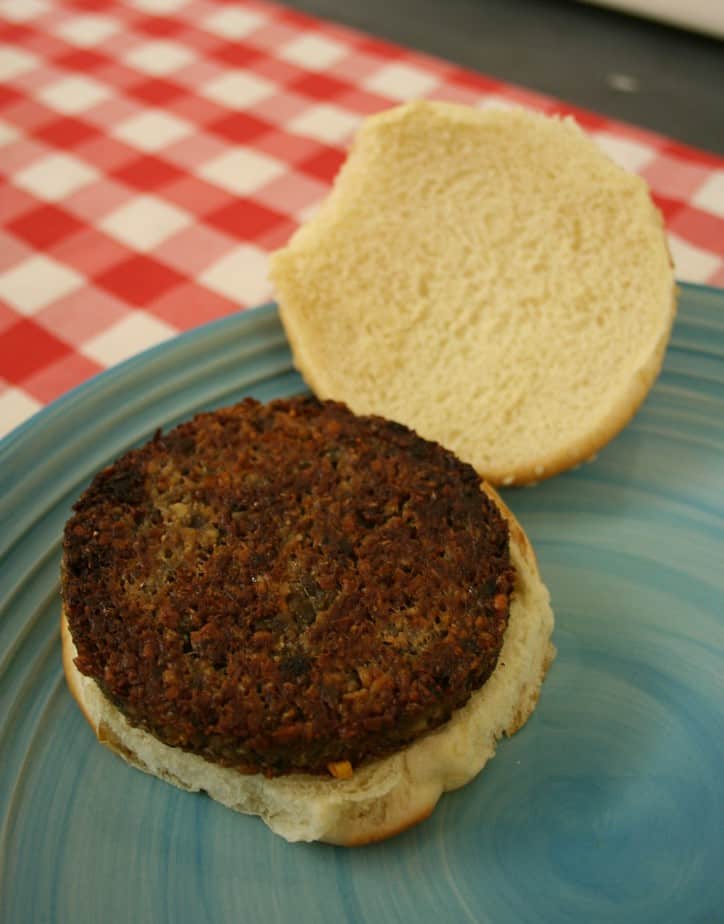 East side offers three burgers from their repertoire on any set day. Like classic burger bars they also stock sides, you can get Vegan millet fritters or onion rings to complete the authentic experience.

Can’t resist the temptation of rounding off your meal with something sweet? East side do their homemade, vegan mini pies and cheesecakes in a wide range of flavours.

You’ll need to tell them to hold the fromage, but these places also serve up really good veggie burgers, alongside their carnivorous classics!

Super Vegan is the new kid on the block, opening its doors in Spring 2016. It’s revolutionary claim was to serve up 100% vegan, 100% homemade fast food – no small ask! What was really impressive is that the flagship product of this new eatery was a 100% vegan kebab. 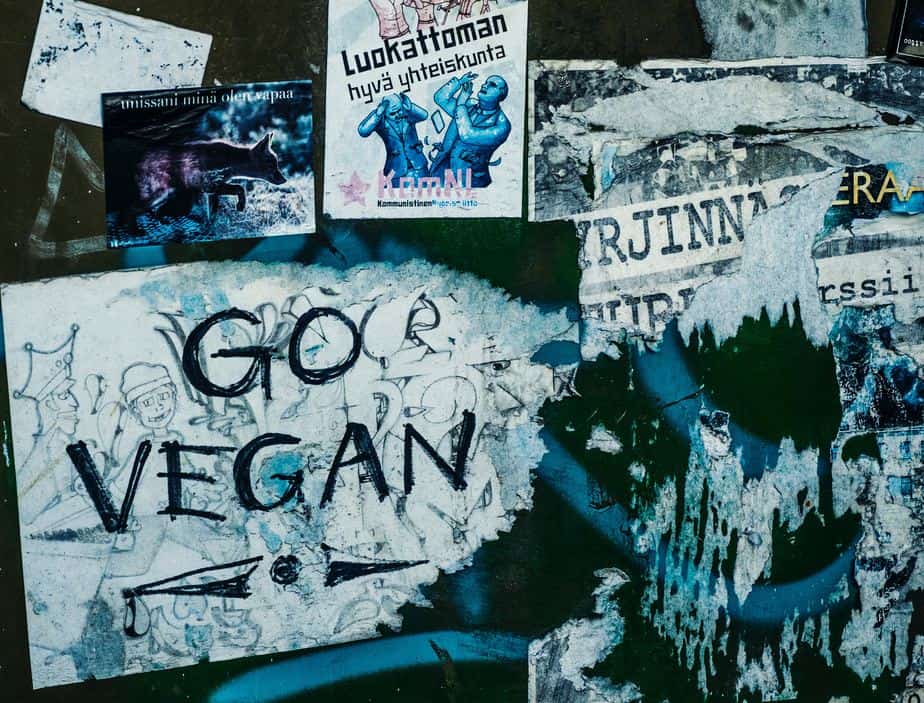 Vegan minced-meat, vegan cheddar, the secret house sauce and fried onions all make up the cheese burger. Their fauxmage is pretty impressive in terms of taste and wordplay.

Alongside their cheeseburger and their famous kebab, Super Vegan serves up a vegano burrito. With all that variety and the most purse-friendly prices we’ve seen so far, you can see why this hot spot behind Brochant in the fashionable 17ème has become the vegan canteen for the neighbourhood.

This burger joint is the chéri of fashionistas on the rue de Bretagne. You’ll be able to enjoy their exquisite brioche-style buns and mouth-watering sweet potato chips with your veggie burger of choice in the 2ème, 10ème, 11ème and 6ème arrondisements. A new arrival ‘Blend Madeleine’ is coming soon.

You’ll get little change from a twenty euro note, depending on which combo or à la carte version you go for, but the Blend taste is worth it.

I remember when PNY opened a few years ago on Rue du Faubourg Saint Denis in the edgy area just behind the arch ‘Porte Saint Denis’. Their catchy slogan jotted on a blackboard was enough to draw me in: “it’s cheaper than a psychiatrist: quality hamburgers”.

Although not instantly vegan, they have a delicious veggie option ‘L’Atomic’ is the word you’ll need to remember. Portobello mushrooms covered in breadcrumbs, with PNY’s signature sauce and 9 month aged cheddar. A stand alone Atomic sets you back €11.

There aren’t quite enough purely vegan burger options, but the volonté is certainly there and things are changing, slowly but surely.

I asked some local Parisian vegans as a very rough sort of survey. Many of them didn’t admit to a special soft spot for burgers. Others did, but preferred their own, or a firmly guarded family recipe. The winner and most well known by far was Hank. Another address with rave reviews was the Abattoir vegetal in the 18ème.

Enjoy a vegan burger while you’re here and let us know what you think!

Végétalien – another French word for vegan