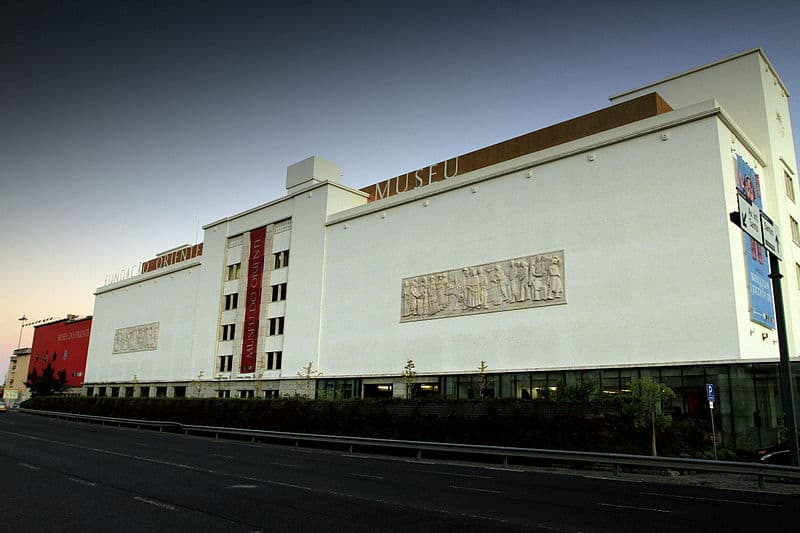 Some of the most eclectic museums in the world call the Portuguese capital of Lisbon home. It made sense, then, that in 2008 a new addition to the Lisbon museum list was added in the form of the Museu do Oriente, or Oriental Museum in English.

The museum sits on the waters edge in a port right next to the Ponte 25 de Abril. This is the south-most boarder of Lisbon and quite a way out of the city center. 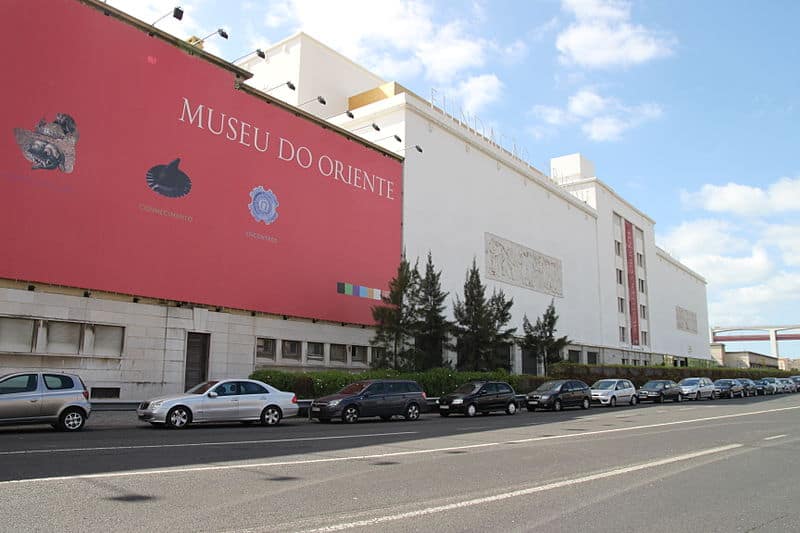 It was necessary to construct this wonder museum here due to the availability of space in this neighborhood — all of the properties closer to the center were already acquired or simply not big enough.

The Oriental Museum is unlike any cultural facility I’ve experienced in Europe. Yes, there are many a migration museum on this continent where one can explore the movement of people across the planet, however none curated as comprehensively as this one.

The vast nature of the contents of this museum forced the curators to track down sufficient space for the exhibits. Somewhere in the south of Lisbon, a bacalhau (dried fish) warehouse/factory dating back to 1940 had recently become available.

€30-million was invested into the revamping and renovation of the warehouse so that it would be better suited to hold a museum space. 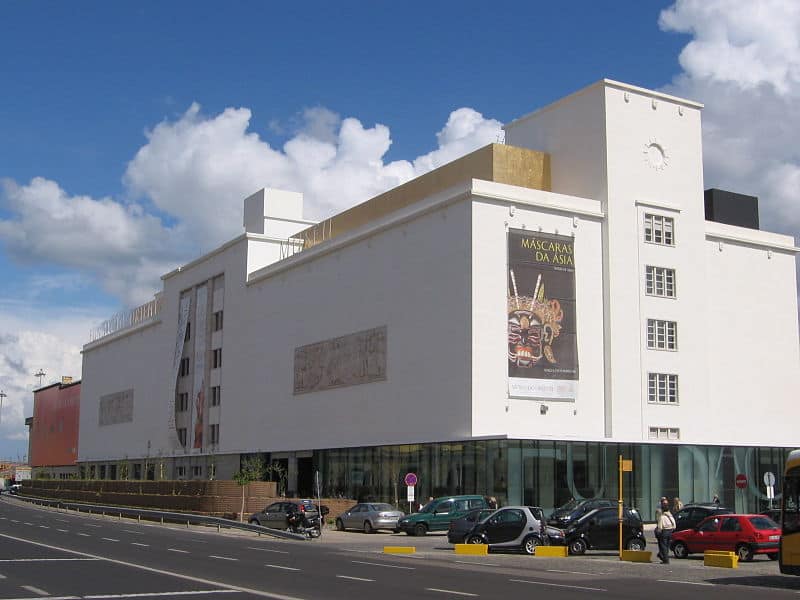 The exterior is simple, yet striking. The rectangular, six-story concrete nature of the building sets the tone of being something very important even before you’ve stepped inside.

The architects faced with the job of transforming the warehouse were João Luís Carrilho da Graça and Rui Francisco. They did fast and impressive work in incorporating the many central columns into the display units and facilitated the construction of a full sized auditorium as well as a restaurant and a shop.

The contents of the Oriental Museum in Lisbon can be divided into two main permanent exhibitions: Portuguese presence in Asia, and Asian Gods.

The goal of the first section is to show the visitors of the museum all of the ways in which Portuguese culture has been present in Asia over the course of at least five centuries. 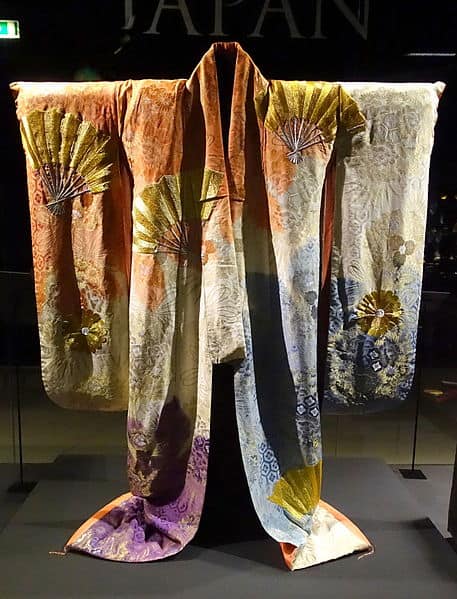 Artifacts at the Oriental Museum – by Daderot – Wikimedia Commons

The latter, Asian Gods, seeks to educate and familiarize the European public with the many spiritual figures that are found across different Asian cultures.

Portuguese presence in Asia is not something that is often brought up in conversation. Macau is a Chinese territory that was once under rule of Portugal; as a result there are copious amounts of Portuguese influenced artworks, sculptures and trade items for display.

The trade agreements between the two lands allow for exhibits from Goa, China, Japan, East Timor, and other Portuguese outposts as well. 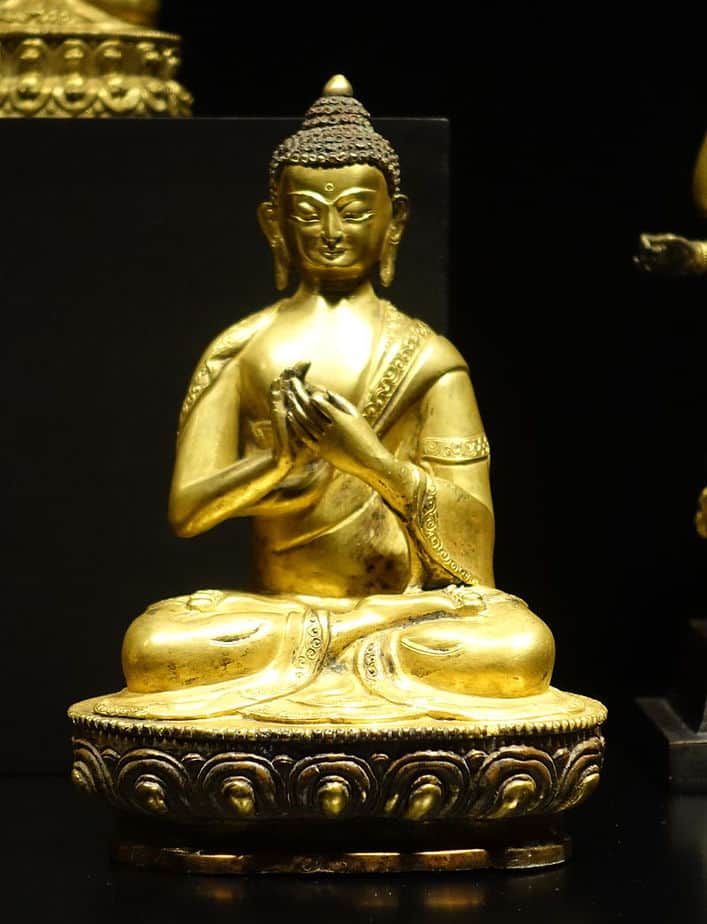 Artifacts at the Oriental Museum – by Daderot – Wikimedia Commons

The Asian Gods part was where I found the most enjoyment. The exhibit of the ancient masks brought over from the east was unlike anything I’d ever seen before in a museum space, especially not on the European continent.

Artifacts dating back to Asia in the 15th century, handmade games, over 13,000 objects; a spectacle of Portuguese meets Asian culture to say the least.

At the top floor of the Oriental Museum building there is a terrace-style restaurant that serves up delicious variants of Asian food to the visitors of the museum.

The menu is extensive and there are authentic Portuguese options for those who don’t quite have the palette for Asian cuisine. I found it overwhelming to choose a dish and opted for the €20 buffet package which lets you indulge in a range of ready-made dishes and desserts on display. 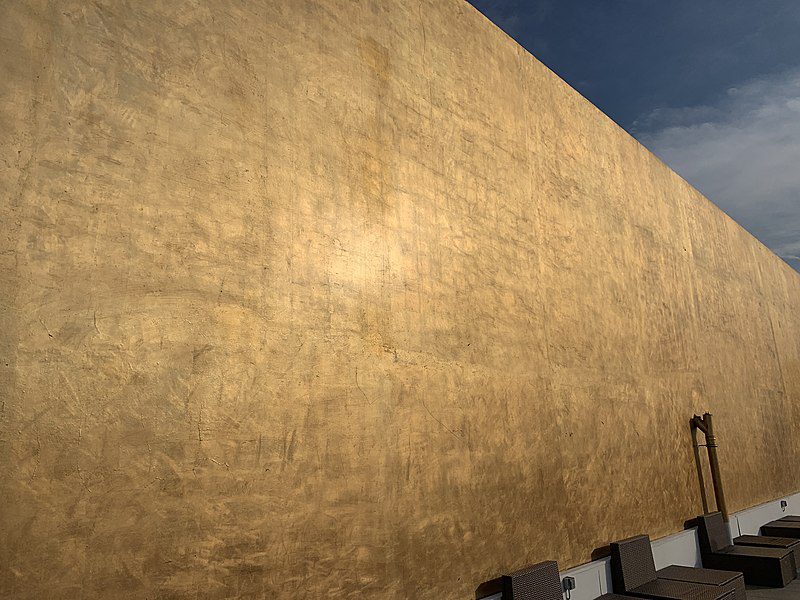 It boasts beautiful views of the port and Tagus directly in front of the museum building. This place is very popular for Sunday bunch even if you’ve already been through the museum before.

The terrace also has a unique wall that many people come here just to see. One of the walls is covered in gold leaf in its entry. Floor to ceiling gold across an entire wall panel — Instagram photo op of the year.

Being so far south of the center of Lisbon, attractions in this area are few and far between. The biggest point of reference would be the beautiful Tagus and the port in which the Oriental Museum sits.

A short walk down the road, also on the water’s edge, there is an upmarket Portuguese restaurant called Doca de Santo that serves up the freshest fish in Lisbon. One should always eat seafood near water, as the wives tale goes. 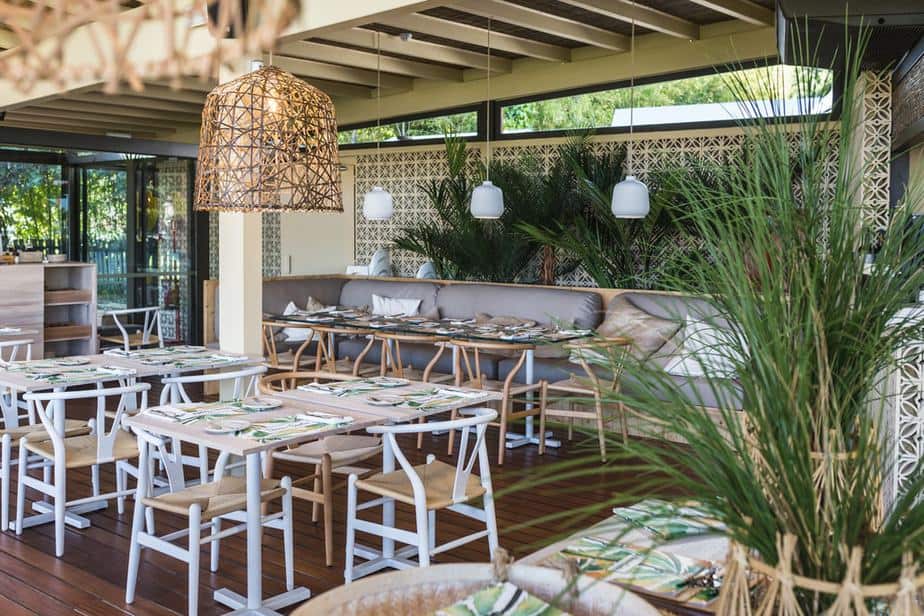 As you move back toward the city center along the coastal road you’ll pass a number of other notable Lisbon museums that made the south of the city their permanent base. This is common due to the amount of space required by museums and the availability of abandoned warehouses near shore lines.

The Museu Nacional de Arte Antiga is the closest one to the Oriental Museum, you could easily get there by foot. It is centered around Portuguese art and historic works that have come out of the capital. 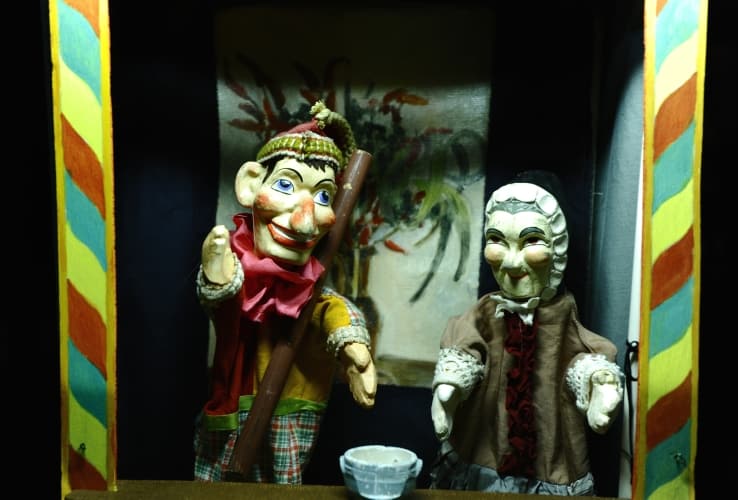 Not far from here, continuing on the coastal route back to the city, the Museu da Marioneta comes into view. A museum dedicated to puppets and the art of puppetry! Without giving too much away this museum is a light, quirky experience that is ideal for both children and adults. Not to be missed as you make your way back to the center!