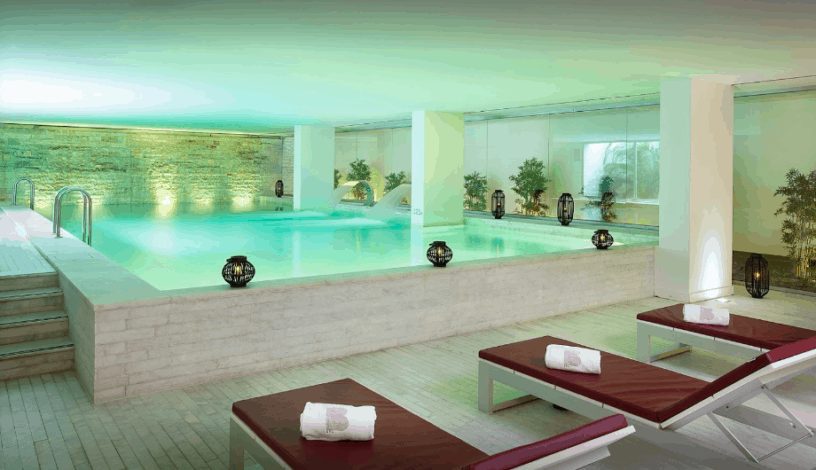 Bspa By Karin Herzog - by Atlis Belem - Uploaded by them

Nothing quite like treating yourself to a spa treatment mid vacation to take the edge off.

Most of the spas in Lisbon are located inside the grounds of the luxury hotels that make up the city. These spas are open to patrons even if they are not guests at the hotel in question.

The Spa – by Corinthia Hotel – Sourced from their website

Rest and relaxation make up two important parts of what Lisbon is all about; they don’t call it “laid-back Lisbon” for nothing.

Here are five wonderful spas to take a look at during your time in the city. Whether you’re in desperate need of a good deep tissue, or you simply want to escape your family for a few hours, these five have everything you need.

Right on the Tagus there exists a small neighborhood known as Lapa. On the main hilltop is a 19th century palace that looks like one may have transported out of Lisbon and into the depths of Bali.

The Lapa Palace is a five star hotel oasis that attracts guests from all over the world. Everything from the rooms to the spa facilities are the picture of opulence and a treatment here really is the definitive of “treating yourself”. 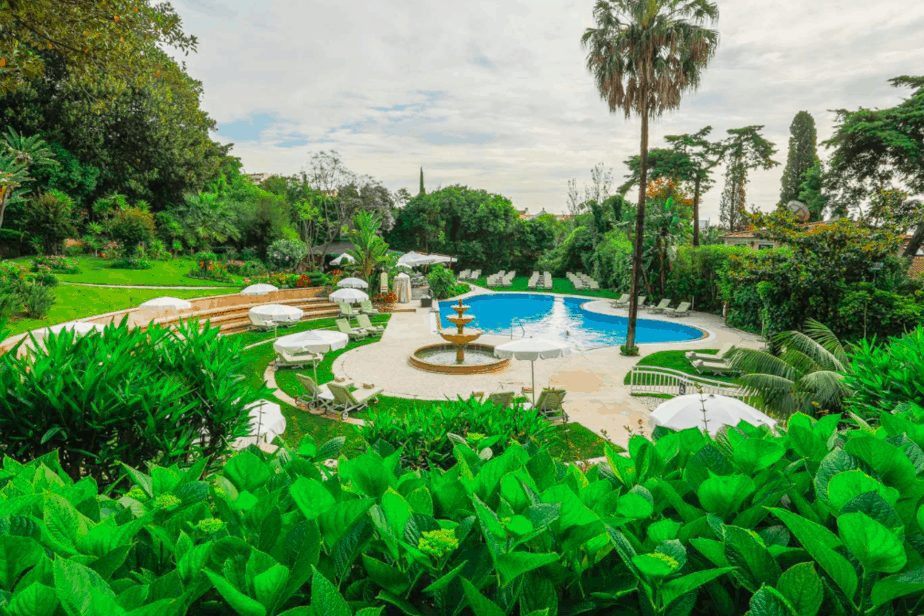 After your chosen treatment at the Olissippo Spa, you’ll gain access to the Turkish Baths that are available on the property. If the weather permits, you’ll also be able to enjoy the outdoor swimming facilities set in the lush green garden overlooking the Tagus.

This spa is the epitome of bliss in Lisbon. If you value attention to detail, intimate hospitality and world class facilities then no need to even read on, you’re home.

The city of Lisbon is made up of seven major hills. One of them is the district of Bairro Alto; a busting neighborhood that values nightlife and entertainment.

The Lumiares Hotel and Spa is part of this district. It is a small, boutique style hotel with a chic interior and an enchanting indoor pool and spa space. 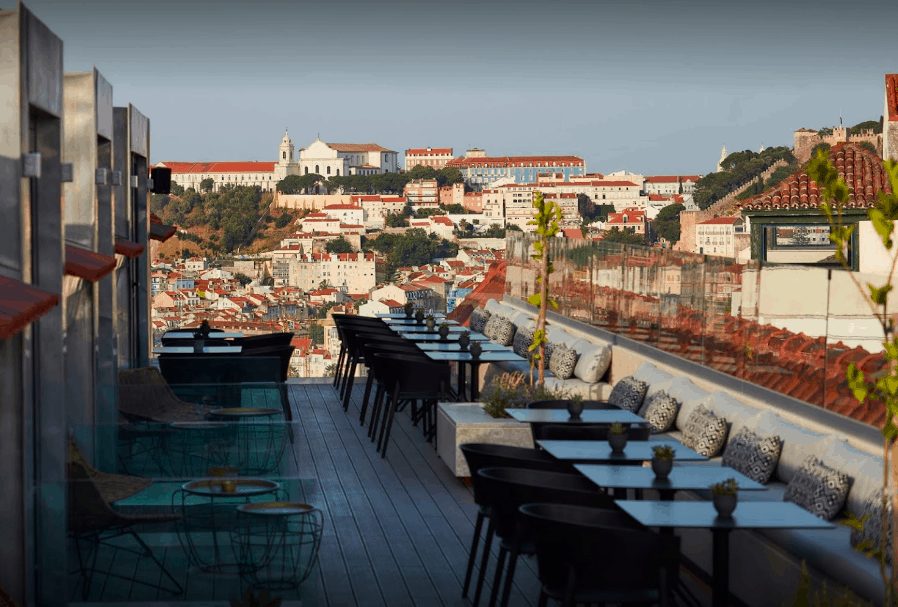 The Lumiares has a range of health and beauty therapies on offer. A treatment here also gets you access to the sauna, steam room, pool and gym. You should also consider setting aside some time to enjoy a meal on the hotel’s rooftop terrace that overlooks the rest of the rolling hills toward the Alfama.

Bairro Alto is a wonderful part of Lisbon to explore by foot. The Lisbon free guided walking tours go through this part of town almost every hour, seven days a week.

3. Float In Spa in Lisbon

If you’re yet to enjoy the sensation of the float tank, let Lisbon be the city in which you do so.

Sometimes refereed to as ‘sensory deprivation tanks’, the float tanks are zero gravity devices that make use of water and salt to allow the human body to float unaided.

The water in the tank is regulated to ones exact body temperature, which makes it virtually impossible to feel on one’s skin. Kilograms of fresh salt are added to the water which results in the human body being unable to sink; instead, you’ll float on the surface without flinching a muscle. Weightless, if you will. 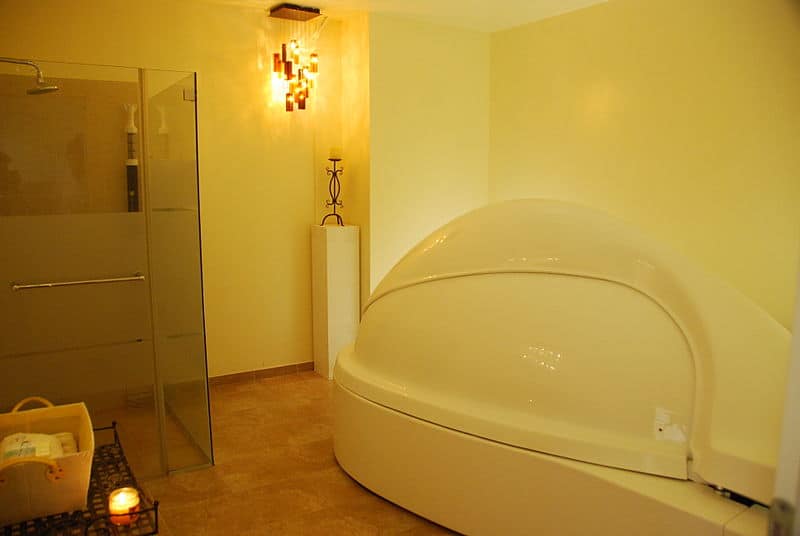 The Float In Spa has a number of vicinities around Lisbon, but the one in Belém is the original and best. They also have a long list of alternative spa treatments for those who aren’t interested in the relaxation of floating.

If you intend to visit museums while in Lisbon, Belém is the place to do so. All along the main road down by the Tagus there are many of the major museums of Lisbon such as the famous Museu Coleção Berardo and the MAAT.

4. Bspa By Karin Herzog in Lisbon

Another Belém based spa, this one right on the water’s edge of the Tagus, the Bspa is the brainchild of Karin Herzog and lives inside the Altis Belém Hotel & Spa.

Herzog created the spa around the four elements; earth, water, fire and wind. This was done with the interning to enhance the physical, mental and spiritual wellbeing of all who enter into the space. 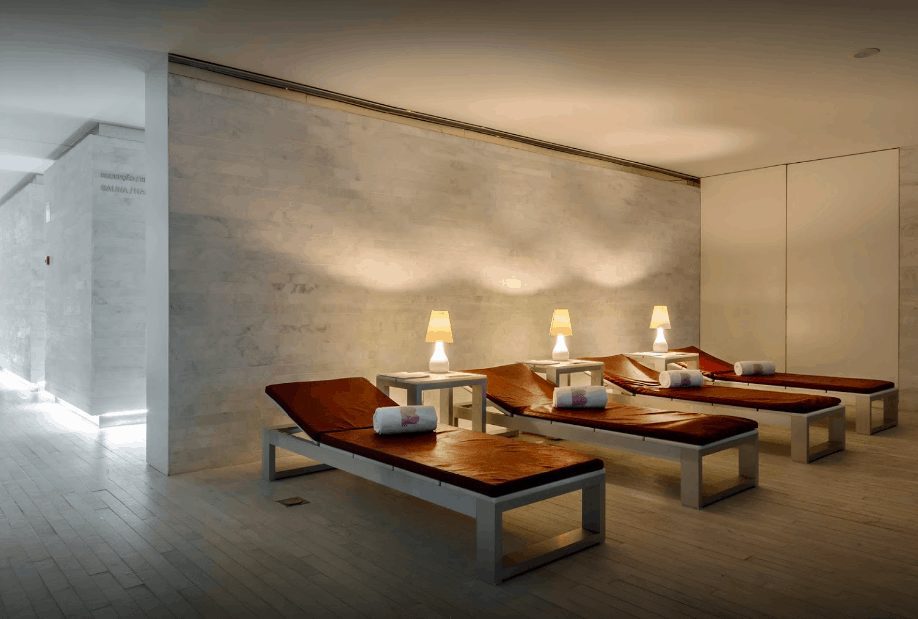 Bspa By Karin Herzog – by Atlis Belem – Uploaded by them

Bspa is known around town thanks to the availability of their “chocolate facial”. Made famous thanks to its supposed anti-aging properties, the facial is one of the most popular treatments at the spa.

The Belém lighthouse is situated directly in front of the Atlis Hotel. It’s a great spot for taking Instagram photos for the fans .

5. The Spa in Lisbon

Known simply as “The Spa”, this facility is inside of the Corinthia Hotel in Lisbon and is one of the biggest spa treatment facilities in all of the Portuguese capital.

While The Spa specialized in anti-aging treatments, their range of other procedures is lengthy; everything from sensory showers to cold plunge tanks are available at this one stop shop.

If you’re not interested in any intense treatments but simply some relaxation, The Spa has intimate jacuzzi facilities, massage rooms and a hydrotherapy pool.

One of the best things about The Spa is that they have a children’s spa facility on the premises as well. This is great for anyone traveling with kids as finding time for activities away from them can be difficult. A family day out at The Spa in Lisbon? Yes, why not!