The History of Lisbon’s Tagus River

The History of Lisbon’s Tagus River

The bridge is named after the 1974 bloodless military coup. Previously it bore the name of Antonio Salazar. This is a hanging bridge that looks like its counterpart – the “Golden Gate” in San Francisco.

Right after that one can spot a fragment of one of two Lisbon bridges that lie across the Tagus river – “Vasco da Gama” bridge. It was named in honor of the great Portuguese navigator, which opened the waterway from Europe to India.

“Vasco da Gama” bridge is the longest in Europe according to the latest statistics with a length of 17.2 km. Note that it was built in just 1.5 years, at the time when designing and the latest achievements in the field of engineering and ecology were used.

The bridge was built in 1998, in the year of the 500th anniversary of the discovery of India.  The bridge is able to withstand hurricanes up to 250 km / h with earthquakes that took place in the Great Lisbon in the past. For environmental reasons, the lighting of the bridge is specially designed so that the powerful lamps illuminate only the roadway, but not the river. 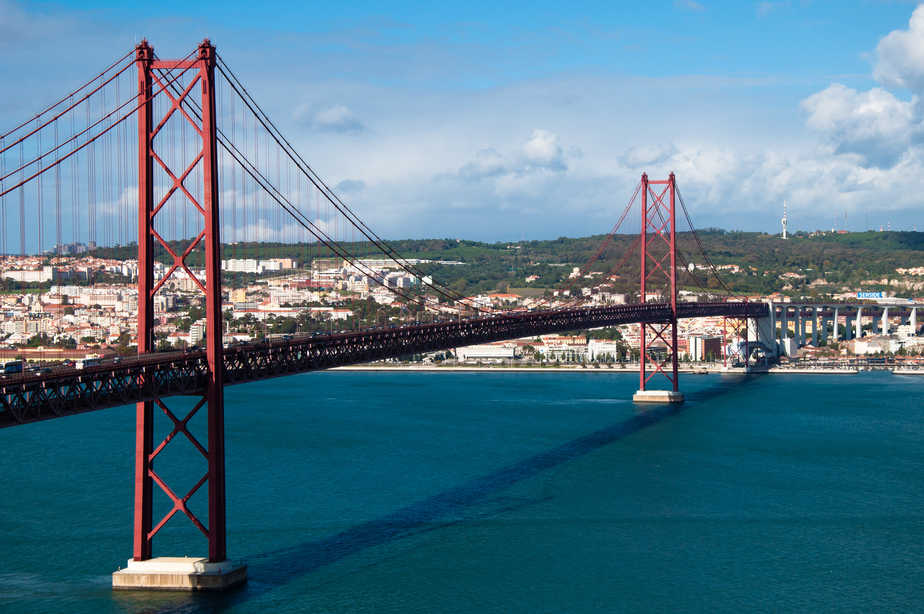 The roots of the Tagus River

The Iberian Peninsula also has its own international river, but it flows through the territory of only two countries – Spain and Portugal. At one time there were many more states on the peninsula, at that time the Pyrenean river could compete with the Danube with its multi-channel.

The largest river of the Pyrenees originates in the mountains of Spain at an altitude of 1500 meters above sea level, called Tahoe. The Spanish river is full of rapids, with a narrow channel, its length on the territory of this country is 716 kilometers.

For the next 47 kilometers the river is the border between Spain and Portugal, where it changes its name, because then its path lies in Portugal, and in this country, it is called Tejo or Tagus which has no consonance with Tahoe.

The length of Tejo on the territory of Portugal is 275 kilometers. After passing this distance, the river flows into the bay of the Atlantic Ocean Mar – da – Paglia, on the bank of which stands Lisbon. And we can assume that the capital of Portugal is located in the “mouth” of the Tagus, and that and another statement is correct.

Unlike Spain, in Portugal, the Tagus river is navigable, here it has a wider channel, from Lisbon along the waterway you can reach the city of Abrantes. 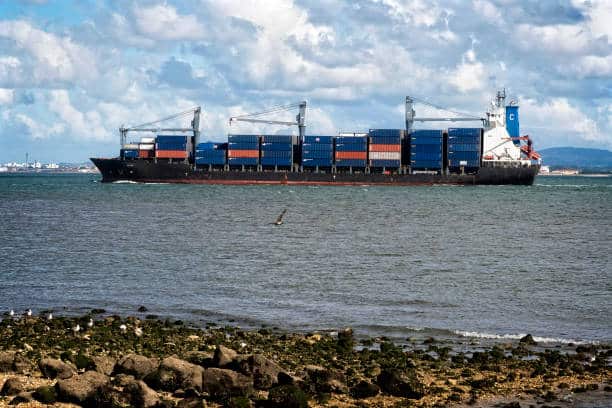 The Importance of the Tagus River

It is the oldest means of communication, and played a crucial role in the establishment and development of trade links of the ocean coast with the mainland areas. At the same time river water was a source of electricity.

The irrigation systems created on the basis of the Tagus waters irrigate the agricultural lands of the state; this branch of the economy is still one of the main in Portugal; in the dry months of the year, the importance of the river for irrigation is priceless.

It is an interesting fact that birds have their winter passed on its shores, in particular, the starlings and blackbirds can easily find the necessary food.

The waters of the river in the area of Lisbon are unusually clean, in the upper course of the coast you can hardly call it densely populated. It’s even more pleasant to take a small boat cruise – in Lisbon, there are several moorings along the coast. An interesting and unusual view of the city from the side of the river – the quarters with amphitheaters go up from the embankment.

From one of the piers on the ferry, you can swim to the opposite bank of the Tagus, to take a closer look at the memorial with the statue of Christ and even climb the observation deck, located at the feet of the Savior. 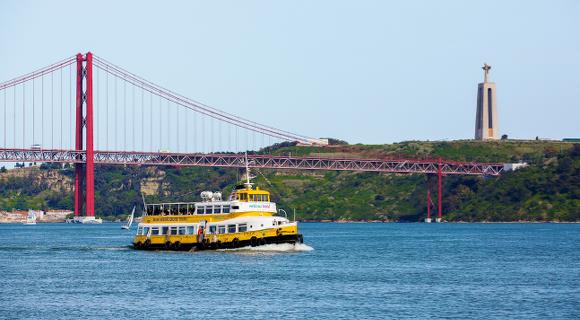 Environmental facts of the Tagus River

The river Tagus, which is not only in Lisbon but also in many other cities, until now has not been considered suitable for swimming.

This is due to the port of Lisbon filled with ships, and heavy industry enterprises on the right bank of the river, and much more. 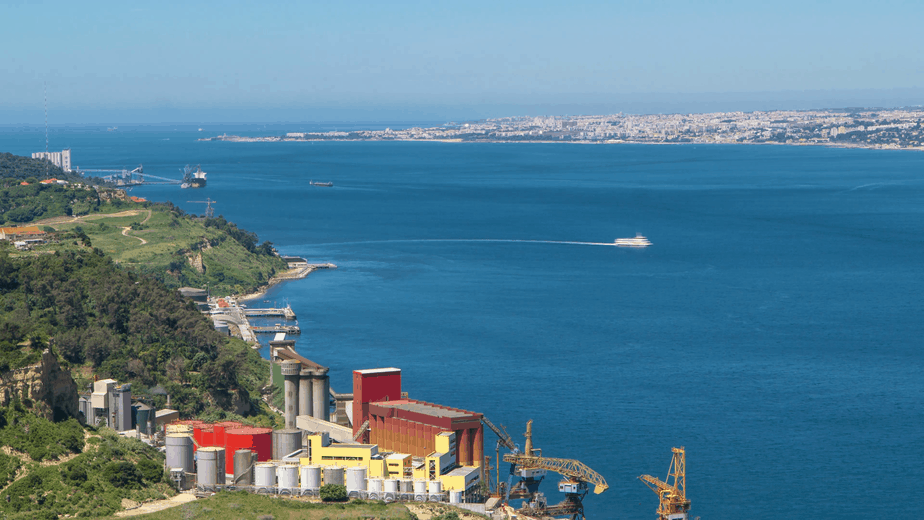 As a result, residents of Almada, Seixal, Barreiro, Moita, Montijo, Alcochete and other coastal cities are deprived of their own beaches, although they are in close proximity to water.

However, now environmentalists say that the quality of water in the Tagus estuary is steadily beginning to improve. This means that if you pay enough attention to wastewater treatment and the environmental background of enterprises, the Tagus coast may well become a full-fledged place for swimming.

This year, for the first time in many years, one of the beaches in the Tagus estuary was officially classified as suitable for swimming: Ponta dos Corvus in Seixal opened the swimming season on June 15, 2013. Such an achievement was made possible thanks to the enhanced cleaning of domestic wastewater on both banks of the Tagus over the past few years.

Experts of the ecological association are sure that in less than a decade, the ecosystem’s biological balance will be restored, and new beaches will appear on the banks of the Tagus. According to the vice-president of the association Carla Gras, it is quite possible that everything will depend “on the development plan of the region in the coming years.”

We must be very attentive to the development projects of enterprises on the banks of the Tagus, because irreparable damage may be caused to the fragile ecological balance due to ill-considered decisions.

In particular, the vice-president of Quercus advises focussing on the problem of transferring a container terminal from Lisbon to Trafaria (Almada). According to the expert, this “may have a significant negative impact on the quality of water and on the entire southern bank of the Tejo River”.

Now the main task of both ecologists and authorities is to preserve what has been achieved, multiply and make one of the main goals of the Lisbon ecosystem. If at least 10 years later the Tagus estuary is filled not with muddy creeks and rocky cliffs, but with cozy sandy beaches, this will once again show Portugal’s foresight and support its status as one of the most environmentally friendly countries in Europe.

My tips on how to best enjoy the Tagus River

The best view of the Tagus river you could ever catch would be on the upper floor of the Darwin Cafe. This is a luxury restaurant, however not for their prices but for the magical surrounding when you set your foot on their terrace.

I guarantee that you will lose your breath once and forever because you have never seen such a beautiful Tagus river view ever in your life. This is the best place for those who would like to enjoy their stay to the fullest potential.

Whether it is summer or winter, you will always be pleased to sit there with the most delicious food of your choice. If that is a steak -it is the freshest and perfectly roasted meat. If that is fish – you will be offered the best white wine in the house.  This place is never overcrowded with people, and that is a huge plus for those who like a peaceful and cozy time being.

If you want to see the other part of life that all Portuguese people love so much – you need to visit the Docks Club in the evening or at night. The beauty of this place is that it right near the river and you can feel the fresh breeze of the salty water on your skin. 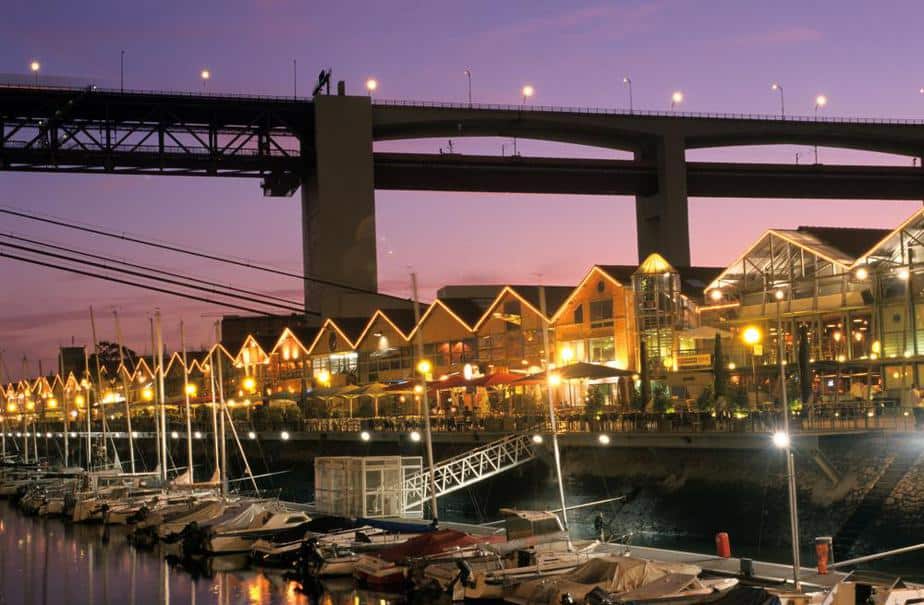 If only you could imagine the mesmerizing view while enjoying the perfect night atmosphere, drinking the best national Portuguese wine. That feeling will never leave you for the rest of your life. You will find yourself with all the colorful lights of the night, especial stress will be on the 25th April Bridge.

As you can see there is the whole range of small restaurants and interesting places with pleasant music. You will have a great opportunity to take the best selfie from Lisbon with a view of the boats on the Tagus river. Lisbon is so versatile that one might even mistake it easily with Montecarlo or Monaco. Gift yourself a with an unforgettable moment in this life!

There are countless things to do in Lisbon. For example, you can join one of our free walking  tour in Lisbon. You can also contact us if you need further information, and we will make sure you will have the best time of your life in Lisbon!

See you soon in Lisbon!