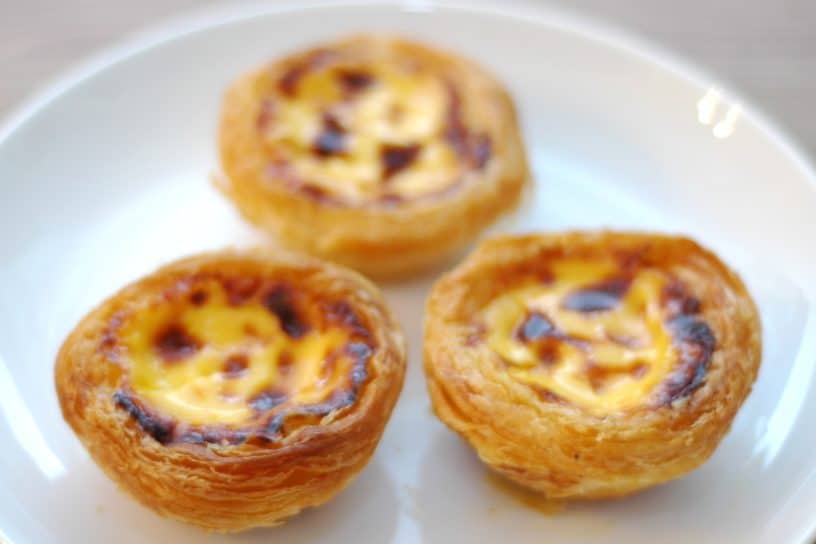 Whenever one travels to a new city, they always want to try all the traditional food. This is a good way to experience the city and learn more about its culture. If you’re traveling to Lisbon, you have to try the Pastéis de Nata! In this article, I will be introducing you to this delicious dessert and let you know everything about it! You will get to know about Pastéis de Nata history, recipe and where to eat them as well.

Thousands of Pastéis de Nata are sold everyday in Lisbon. For instance, the Fábrica de Pastéis de Belém sells about twenty thousands pastéis each day. This pastry is one of the main tourist attractions of the city and it also is one of the Portuguese favorite desserts! Read on and find out a little more about the popular Pastéis de Nata! 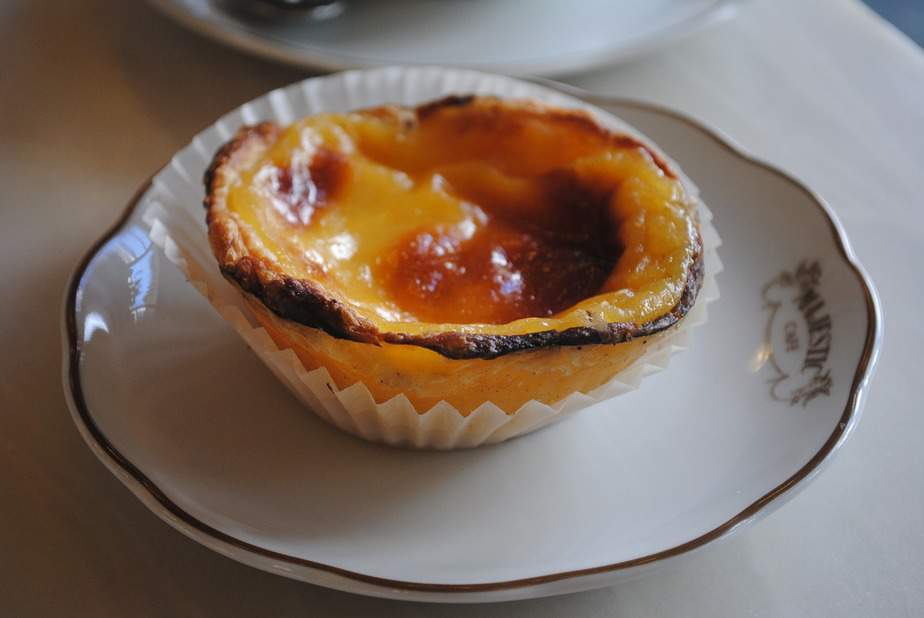 The first “pastéis de nata“, with their puff pastry, only appeared one hundred years later, during the seventeenth century. It was a chef of the King Philip II of Spain that came out with the new recipe while he was in Lisbon for nine months. 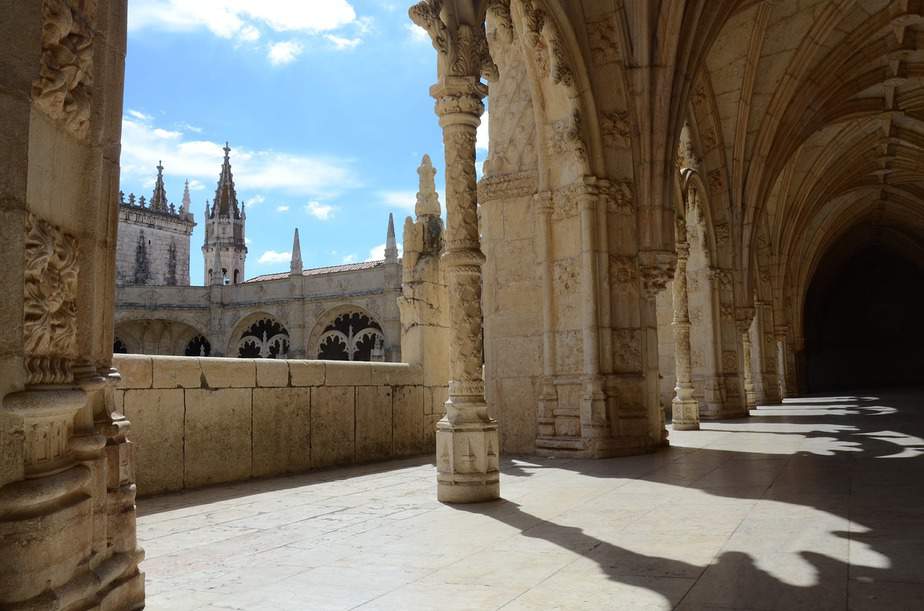 The Pastéis de Belém in Lisbon are being sold since 1837. Their recipe was born in the Mosteiro dos Jerónimos. It is believed that it was invented by the monks, during the liberal revolution in 1820. The Portuguese convents and monasteries were closed, so the monks, in an attempt to survive, started to sell these pastries. Then, it is believed that an entrepreneur called Domingos Rafael Alves took the recipe from the monks, established in a former sugar refinery near the Jeronymos Monastery, and started selling the pastéis.

However, some historians don’t believe that the actual pastéis de nata recipe was born in the Mosteiro dos Jerónimos. Because at that time, the Kings forbid the monks to use sugar. The kitchen activities were reserved to women, but there was no women in the Monastery. This leads historians to conclude that the recipe was actually born in the Mosteiro de Odivelas, where it was found in the notebook of the Abbess Bernadina da Conceição who died in 1866.

While the true origins of the Pastéis de Nata recipe are not very clear. One thing I know for sure is that it is a centuries old recipe and that you will love it!

What is pastéis de nata recipe? 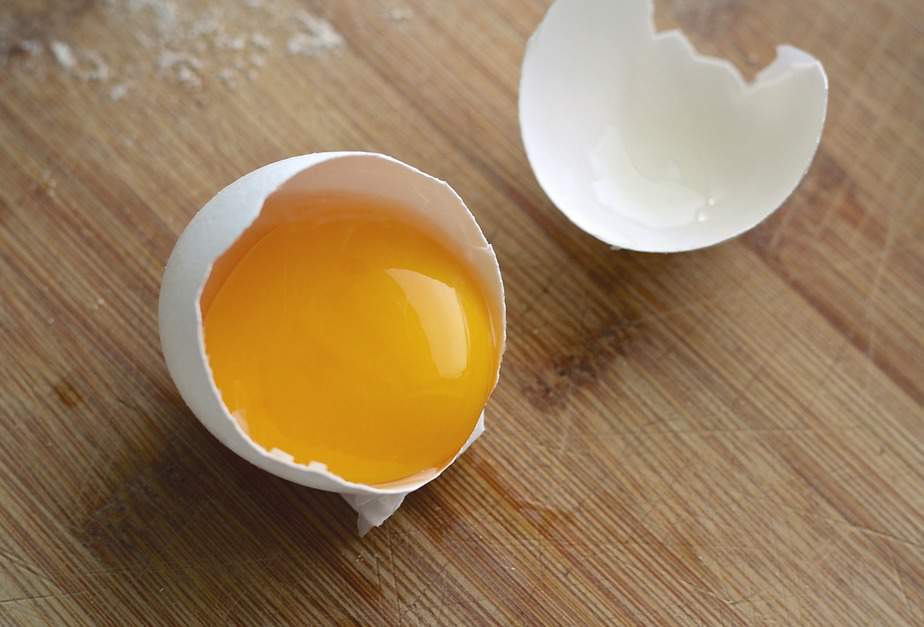 You will find the famous Pastéis de Nata all around Portugal. Each pastry shop has its own recipe, own secrets and ingredients! This is why I advise you to try several pastéis during your stay and actually decide which one you preferred! The pastéis from the Fábrica de Pastéis de Belém are the most famous because they are open since the nineteenth century, but it doesn’t mean that their pastéis will be the ones you prefer!

In this part of the article, I will be sharing with you a simple Pastéis de Nata recipe. First of all, you need to know that the outsides have to be crunchy! So, you need to be aware of your pastéis baking time. Also, note that this pastry is unfortunately not adequate for vegans…

To prepare pastéis de nata, you will need the following ingredients: one liter of semi-skimmed milk, two lemon peels, two cinnamon sticks, 500 g of sugar, 100 g of flour, two eggs, ten egg yolks, 500 g of puff pastry and little round metallic molds. Now that you know the ingredients, I will tell you the different steps for the baking of pastéis de nata:

Where to eat these delicious pastéis de nata 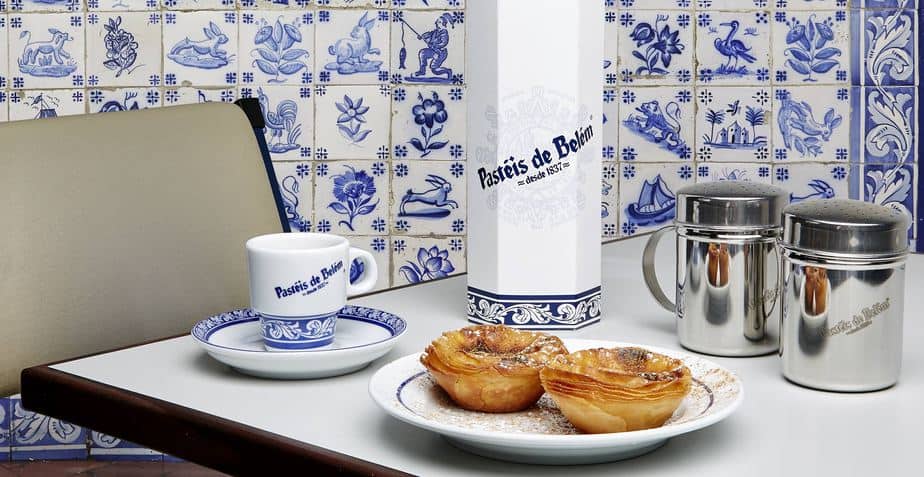 In Lisbon, the most famous place to eat Pastéis de Nata is the Fábrica de Pastéis de Belém which is located in the neighborhood of Belém. You will find this pastry shop only a few steps from the Mosteiro dos Jerónimos! It is open every day of the week from 8 am to 11 pm. This place is very famous, but you will mostly find tourists there.

The locals usually get their Pastéis de Nata at their favorite pastry shop in the city. Even though the Fábrica de Pastéis de Belém specialty is the pastel de nata, you will find it in most pastry shop around Lisbon. If you do not have much patience or hate crowded place, you should definitely opt for a quieter pastry.

You’ve now been introduced to the famous Pastéis de Nata! I hope you’ve enjoyed this article. If you want to experience Lisbon culture and lifestyle through its food, I recommend you to join Discover Walks food tour! A local guide will show you the best of Portuguese food for two hours and tell you all about our traditions. Plus, you will get to visit one of the greatest markets of the city and meet the locals! Don’t hesitate to contact us, if you need further information about anything. I hope to see you soon in one of our tours!