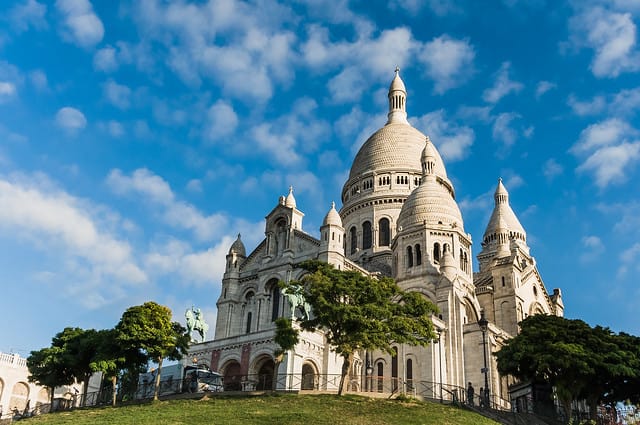 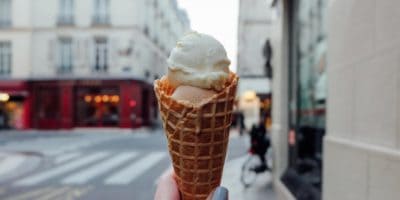 Heatwave in Paris – 7 ways to beat the heat 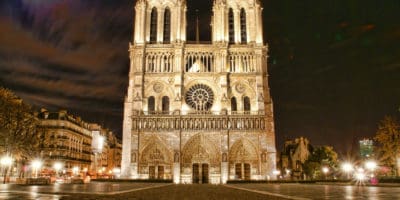 The Sacre Coeur is one of the many amazing cathedrals located in Paris. You can find it at the top of the hill of Montmartre, one of the highest points in the city. If you haven’t visited yet, what are you waiting for?!

The Sacre Coeur is definitely my favorite churches in Paris, as it has a pretty unique design. The exterior is made of a “self-cleaning” stone that is known for it’s high level of calcite. It is thanks to this that the cathedral is able to maintain it’s white appearance!

So, what can you find inside the Basilica? Keep reading for 10 beautiful things to find within the Sacre Coeur!

1. The largest mosaic in France 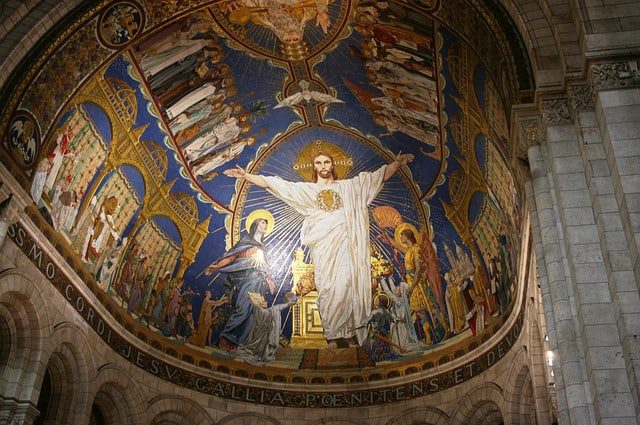 One of the first things you’ll notice when you enter the Sacre Coeur will be the immense mosaic that decorates the ceiling above the altar. It’s impressive, to say the least! I know the first time I went inside I was blown away by the beauty and the size of the mosaic.

It was designed by architect Luc-Olivier Merson in 1922 and represents the risen Jesus Christ. There is an inscription in Latin that translates to “to the sacred heart of Jesus from a fervent, penitent and thankful France.”

The mosaic is a whopping 480m2, and also includes images of Joan of Arc, the Virgin Mary, and Saint Michael – three saints that are said to protect France. There is also the word “grateful” inscribed in the mosaic which was added after the First World War.

2. The names of the French citizens that funded the construction of the Sacre Coeur 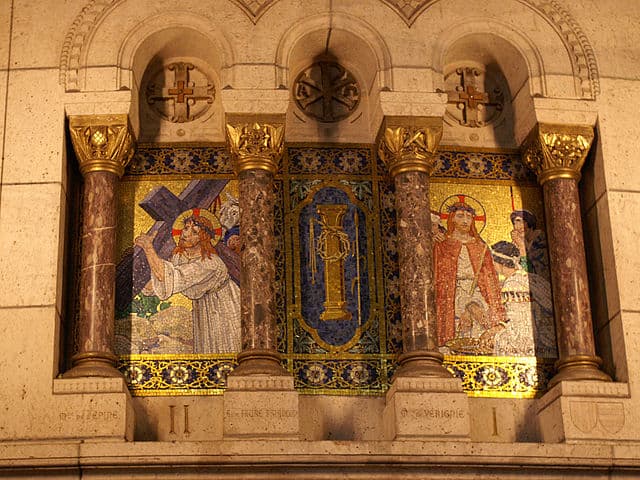 Bricks engraved with names of French citizens that donated to the construction of the Sacre Coeur can be seen under each column. By Didier B – WikiCommons

Like many monuments in Paris (like the Eiffel Tower), the construction of the Sacre Coeur was met with mixed feelings. Many Parisians felt that it was unnecessary and that it would begin a civil war.

Because of this opposition, the city of Paris refused to fund the project. The cost of the construction of the Basilica was an estimated 7 million francs (a little over 1 million euros today), and was funded completely by private donations! There were clearly a large group of French citizens that were supportive of the construction.

As a way to encourage donations, anyone who donated to the project was guaranteed a brick inside the Basilica with their name inscribed on it, and that is where you’ll find the names of the French citizens that funded the construction!

3. The largest bell in France 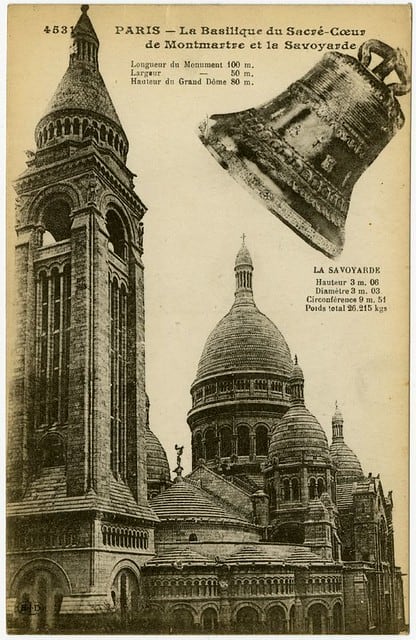 The bell is often called La Savoyarde because it was donated to the Sacre Coeur by 4 dioceses in Savoy. The bell is so big and so heavy that it was delivered to the Basilica by a team of 28 horses. The bell was cast at the Paccard bell-foundry in Annecy and weighs nearly 19 kilograms and is 3 meters in diameter. The clapper inside the bell weights an astonishing 850 kilograms. Those poor horses!

The bell originally rang for major religious holidays like All Saints Day and Christmas, but unfortunately, since the late 1990s, a crack has begun to appear. When the bell does ring, it can be heard nearly 10 kilometres away. 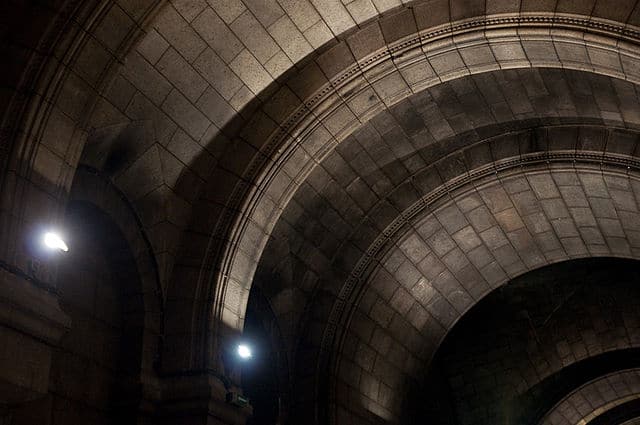 Inside the Sacre Coeur crypt by Joshua Veitch-Michaelis – WikiCommons

The crypt inside the Sacre Coeur is also definitely a site worth seeing. It includes statues of Patron saints, and even a relic that is believed to be the Sacred Heart of Jesus Christ! This is fitting to the name of the Basilica, as Sacre Coeur translates into English as Sacred Heart.

One of the Patron saints statues is of Saint Denis. Saint Denis was the Bishop of Paris when he was martyred by decapitation in Montmartre for his Christian faith. Legend has it that Saint Denis walked through the streets of Montmartre with his decapitated head in his hands preaching the word of God before he finally died. He is celebrated throughout France and is the Patron Saint of Paris and France! If you’re interested in finding out more about Saint Denis I definitely recommend checking out the La Crypte du Martyrium de Saint Denis at the base of Montmartre.

There are also several tombs, urns, and memorials in the crypt, including a statue dedicated to the priests and other religious that gave their lives during the two world wars. 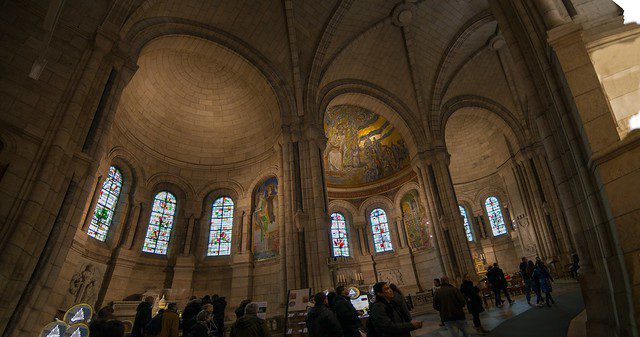 Like most churches, the Sacre Coeur boasts some pretty amazing stained glass windows! The original windows were installed between 1903 and 1920, but were sadly destroyed during a bombing in 1944. The windows you’ll see today were installed in 1946!

Some of the windows seem to be inspired by geometric paintings, but most are in keeping with the typical traditional style of stained glass windows that can be found in most churches in France. 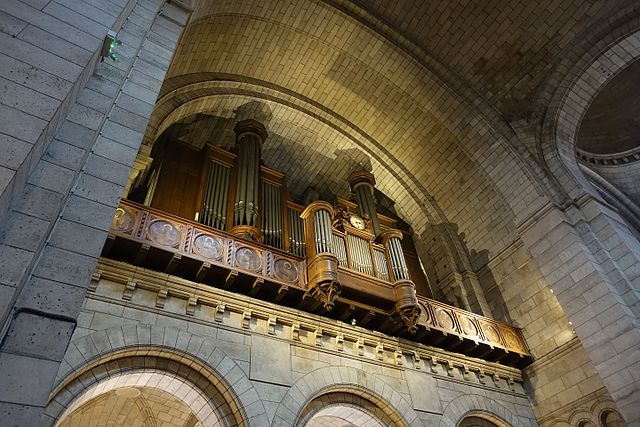 Organ inside the Sacre Coeur by Guilhem Vellut – WikiCommons

The grand organ inside the Sacre Coeur was designed and built by Aristide Cavaillé-Coll in 1898. The organ was originally designed for Baron Albert de l’Espée to be housed in his chateau in Biarritz, France. The Baron eventually sold the organ, and it was acquired by the Sacre Coeur in 1919.

The organ is so beautiful and impressive, that it was recognized by the French State in 1981 as a national monument. Unfortunately, the organ is in an advanced stage of decay and is in dire need of restoration. Plans to repair the organ are underway, and the Sacre Coeur is currently accepting donations to aid with the restoration. 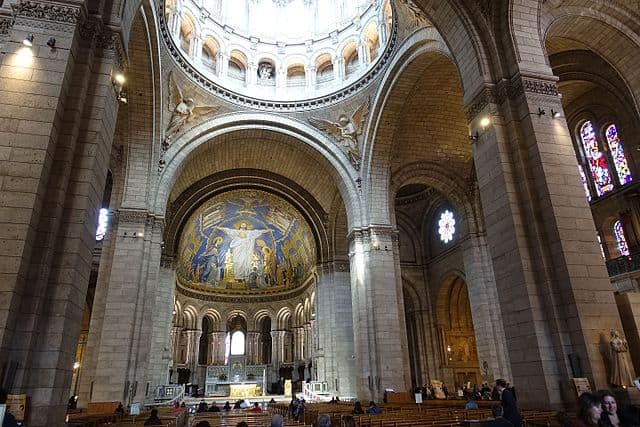 This style is influenced by churches like the San Marco in Venice. The style can be seen on the exterior of the church, and it continues in the interior. Architect Paul Abadie was selected to design the church, and he was inspired to design it with a Romano-Byzantine style after completing many restorations to similarly designed churches in the south of France.

8. The dome with it’s incredible view of Paris 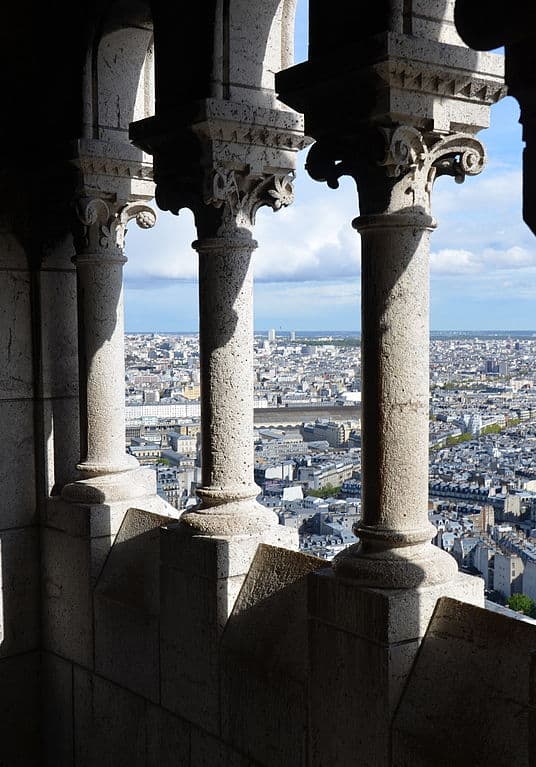 View from the gallery inside the dome by Pline – WikiCommons

There are so many different view points to discover in Paris, and the dome of the Sacre Coeur is one of them!

When you climb to the top, you’ll not only get a great view of the city, you’ll also get an up close look at the beautiful architecture of the Basilica and the gargoyles that decorate it. There is also a gallery to walk through, that includes engraved stones and statues.

You can also see the Saint Pierre church, one of the oldest churches in Paris.

Keep your eye out for a glimpse of the Eiffel Tower, too!

9. The bronze doors at the entrance of the chapel 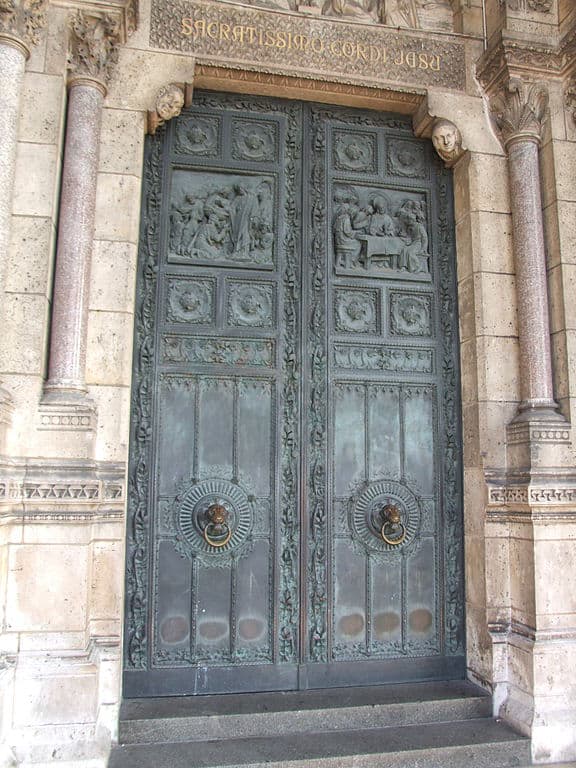 To access the sanctuary, you’ll need to pass through a massive bronze door. The door is decorated with foliage and sculptures that show scenes from the life of Jesus Christ. The doors are a copy of those that can be found in a baptistry in Florence, Italy.

One of the notable scenes is that of the Last Supper, so make sure to watch out for it! 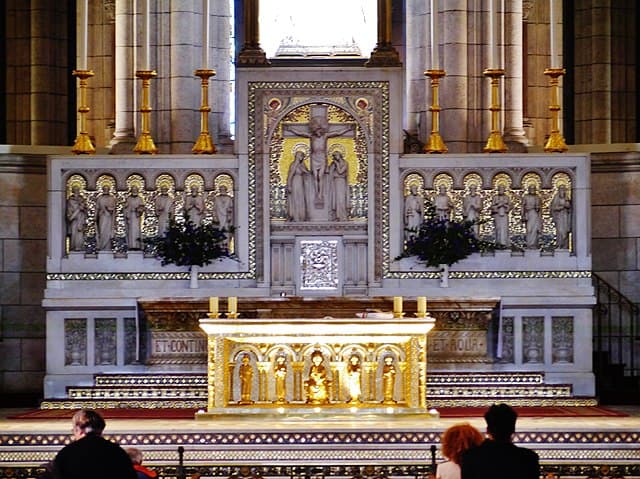 The impressive bronze altar inside the Sacre Coeur is one of the focal points of the Basilica. It is based on one in the Cluny Abbey in Burgundy, France. Above the altar, the Blessed Sacrament is on display. Since it’s installation in 1885, perpetual adoration of the Blessed Sacrament has gone on uninterrupted. The chapel is definitely a place of quiet reflection and prayer, so you should keep this in mind when visiting. Photos are not allowed in order to keep the Basilica a place of worship!

I was lucky enough to attend a mass at the Sacre Coeur last year, and even for someone who isn’t very religious, it was fascinating to see the ceremony take place at the altar!

I hope this article has inspired you to take a look inside the Sacre Coeur! I love this Basilica, and I love sharing facts and information with all of you Discover Walks blog readers.

If you are thinking about coming to Paris and checking out Montmartre, why not do it with us? Click here to learn more about all of our walking tour options in the city! 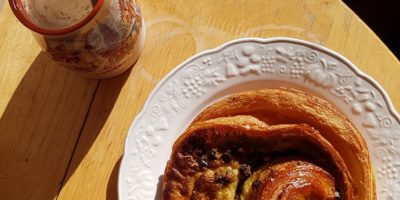 What to do on Saturdays in Paris 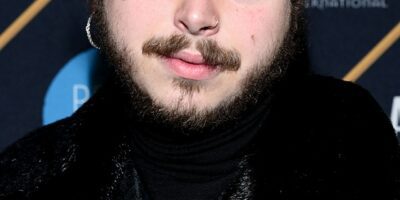 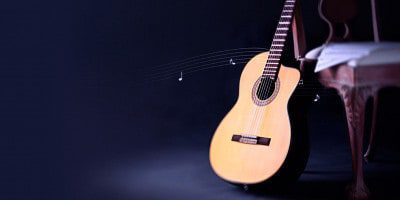