Paris - Attractions & museums - what to see, Paris - By month, Paris - What you need to know before coming to Paris 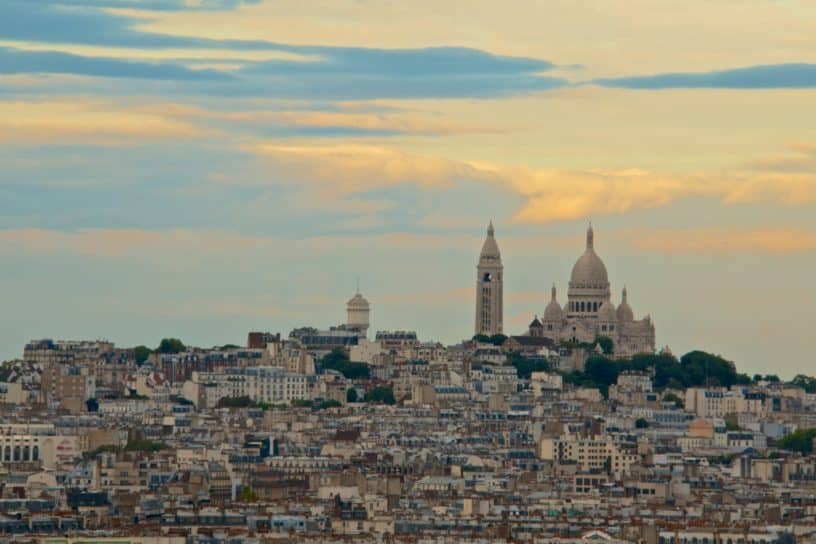 On the top of the hill of Montmartre, shimmering in the Parisian light, sits the sacred heart of Paris. Its magical, white exterior and extravagantly pious interior has welcomed tourists and locals alike for almost 100 years. It is one of the most visited spots and there are an estimated 10 million visitors every year. It lies on the highest spot in Paris, and easily boasts of its breathtaking view of the city below. The history of the Sacré Coeur, however, dates far back to a time before the invention of the selfie-stick. It was constructed in a time of turmoil. A time when wars ravaged Europe. Below the beauty lies a complex history.

Franco-Prussian War and the Parisian Uprising 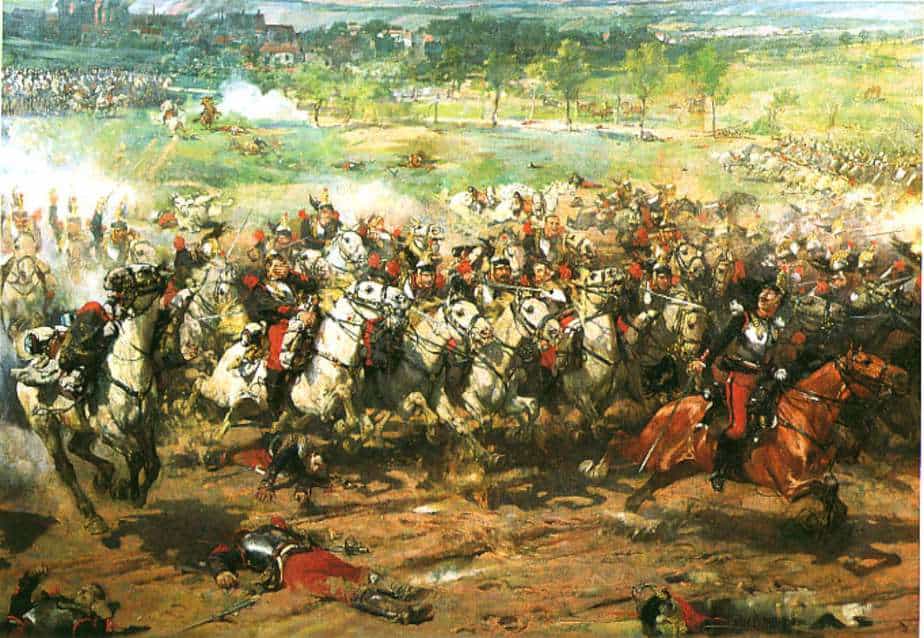 The construction of the Sacré coeur began with the Franco-Prussian war. In 1870, prodded by the expansion of Persia and their new alliance with German states, France began to fear that the balance of power in Europe was shifting.

Three days after voting for an outright invasion of German territory, France sent numerous troops to declare battle on German soil. The Germans were quick to react, and in turn sent massive armies to invade the north-eastern region of France.

After many months of bloody war that ultimately led to French defeat, the Germans claimed victory, capturing Napoleon III, and thus leading to the fall of the capitol. 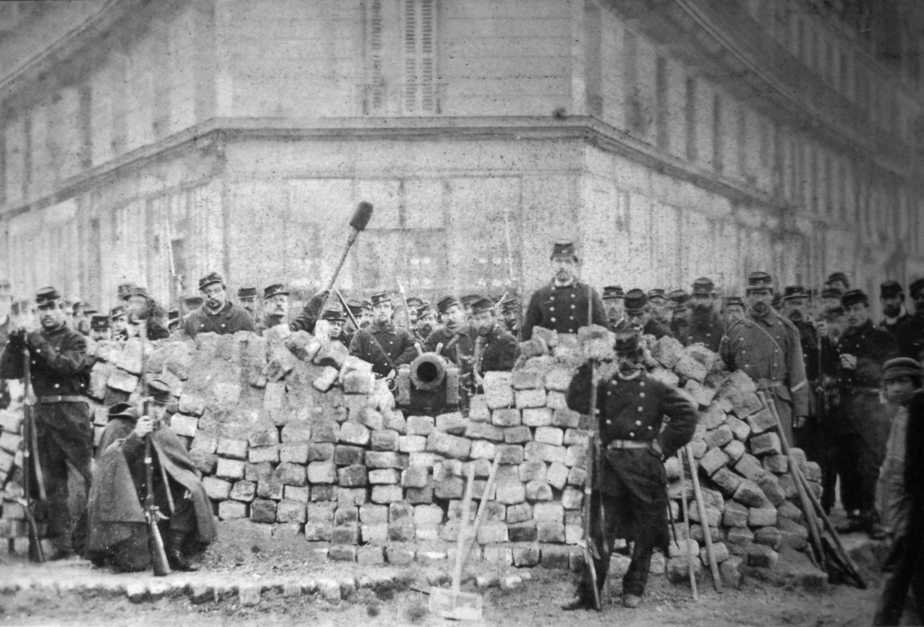 Road barricade constructed during the uprising of the Paris Commune

Left without an emperor and a fallen capitol, Paris was left to the wolves. The wolves took the form of the radical movement known as the Paris Commune. The Paris Commune consisted of largely middle-class workers, socialists and anarchists. 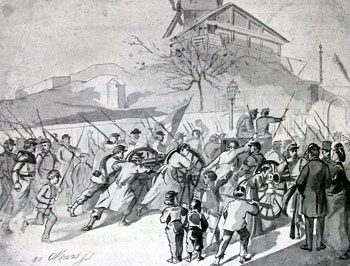 Fed by ideals of socialism and violent revolution, the Paris Commune successfully took control of Paris. The four months that followed were months of blood and internal civil war. The French government was finally able to once again regain control of the state, but not without leaving France even more fractured than it was before.

The cleansing of France 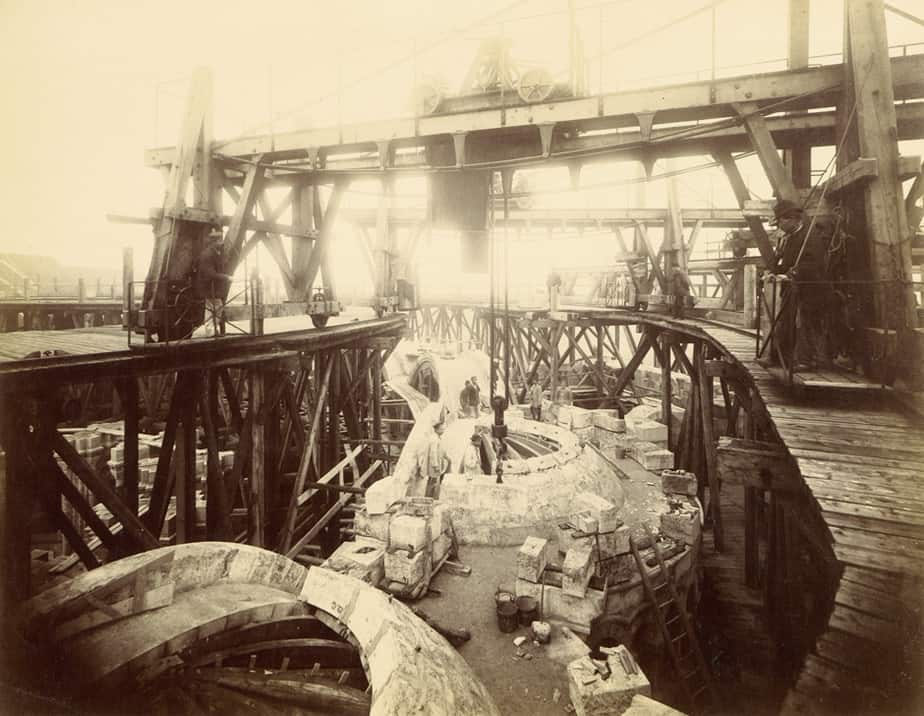 After the numerous wars, battles and uprisings, France was left divided and torn. France was faced with the problem of deciding what its future would look like. Democrats, republicans, socialists, Catholics, royalists, radicals and secularists all had visions of their own.

Striving to unite France and infuse the spirit of Catholicism, officials decided to propose the idea of the Sacré Coeur in the hopes of cleansing France from the crimes of the Paris Commune.

Montmartre, literally translated to mean hill of martyrs after the execution of the Archbishop, was the original location of the Paris Commune. It was therefore designated as the place in which the sacred heart of Paris was to be constructed.

The schism that was dividing Paris was so deep that the construction of the Sacré coeur was considered of utmost importance and a national vow was taken to build the church and unite France under the flag of piety and national, Catholic views. The secularists had won. 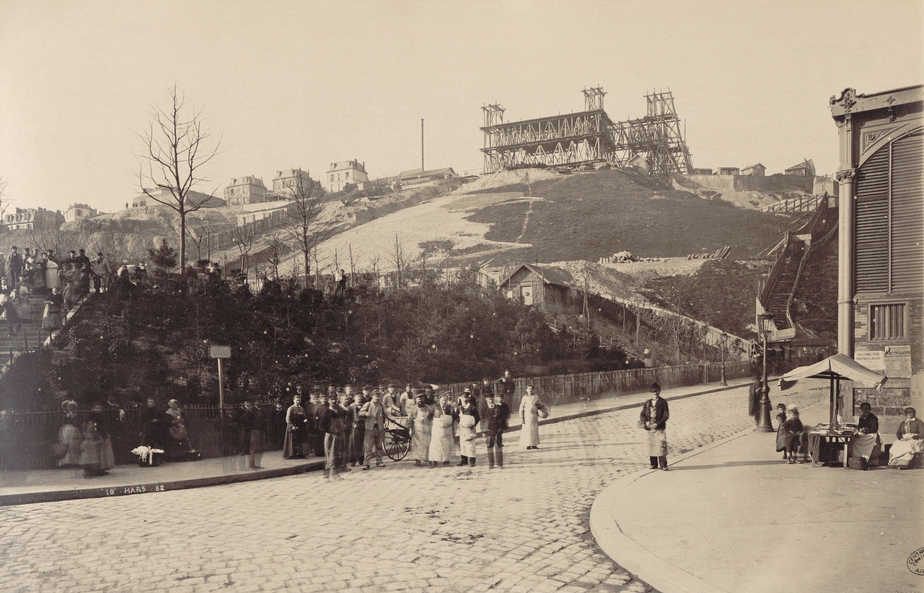 The hill of Montmartre and the foundation of the Sacré Coeur

After vows, debates and the legal seizing of land around Montmartre for construction, the first stone of the foundation was finally laid in 1875. A competition was held between over 70 different architects until the honor of design was formally granted to the young architect, Paul Abadie.

For many people, however, the construction of the Sacré Coeur was a symbol of secularism and oppression, launching even more outbursts and debate from the public. A growing number of Parisians detested the government that stole their land and went so far as to claim that the construction of the church was enough to instigate a civil war.

In 1882 the land of Montmartre was returned to the people, but due to a legal loophole, the construction of the sacred heart was allowed to proceed unimpeded.  The path was not yet cleared of problems, in the middle of construction Paul Abadie died, leaving the majority of the work to four, lesser architects.

Not fully completed, and in the midst of debate and controversy, the church was  opened for service in the year of 1891. The church was not to be formally finished until 1919, after World War I ended. Upon completion, largely due to the passage of time and a patriotic mindset instilled by World War I, the controversy subsided and the sacred heart was accepted.

Physical features and architecture of the Sacré Coeur 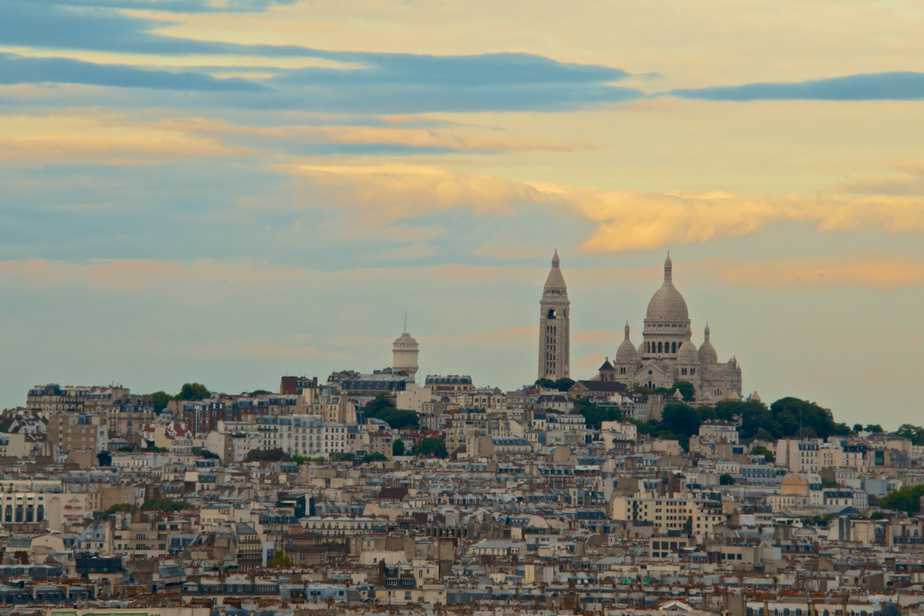 Perhaps the most attractive feature of the Sacré coeur is the bone white stone. This is created by the travertine stone used in construction. The travertine stone releases calcite when touched by rain water, thereby exuding the pure white color.

The church, built with the idea of uniting France, has many nationalist themes and exhibits bronze statues of Joan of Arc and King Louis IX. The church also uses one of the heaviest bells in the world.

It was brought to the church in 1895 thanks to the work of 18 horses. It is the heaviest bell in France weighing 19,685 kg and is rung on special occasions such as easter and other major religious holidays.

The Sacré Coeur is located in Montmartre and the closest metros are either Pigalle station or Anvers station. There are many steps to the top of the hill and it can prove difficult for older tourists, however, there are also elevators that can take you up some of the way.

It is easy to understand why the Sacré Coeur has become the second most visited monument next to the Eiffel Tower. Its beauty is beyond comparison and it offers one of the best panoramic view of Paris.

It echoes a bloody history of rebellion and war. Instilled within its history of construction is the very story of a country striving for a brighter future and the trials that France has had to endure.

Click here to book a tour and learn more about Montmartre and the history of the Sacré Coeur.