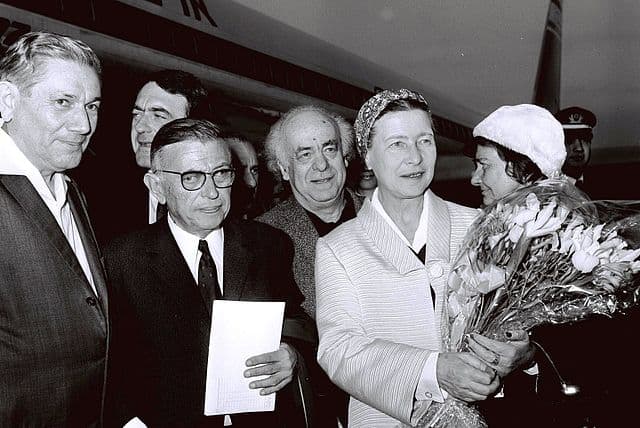 Simone de Beauvoir, left with flowers, upon arriving in Israel in 1967 with Jean-Paul Sartre, middle by Moshe Milner - WikiCommons

In recent years, I’ve become really interested in feminism and feminist literature. I’m not really sure where this interest stems from, but it could be a multitude of reasons: the fact that I’m getting older and more concerned with my rights as a woman, or the recent political and cultural environment that has been putting feminism into the limelight.

Whatever the reason, at one point or another, I was introduced to Simone de Beauvoir’s works. Notably, her 1000 page critique, The Second Sex, which is considered to be one of the most important works of early feminism. Not only that, the critique is still extremely relevant today!

Simone de Beauvoir was not only a brilliant philosopher and writer, she changed France…for the better, in my opinion! Keep reading to learn more about this literary and feminist superstar. 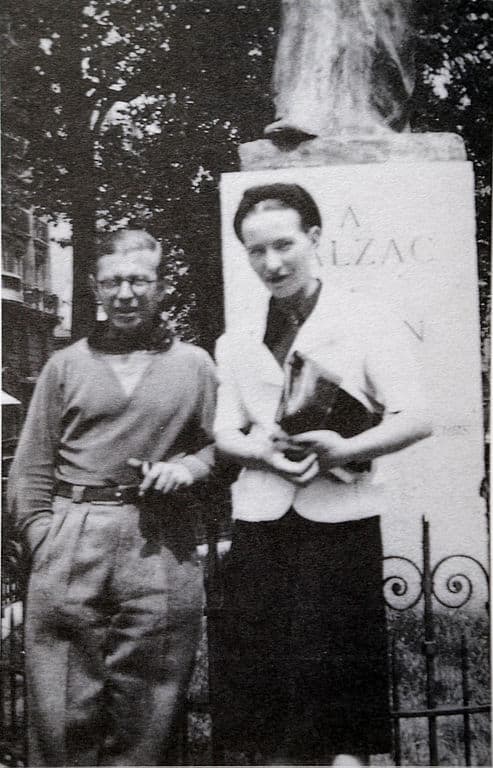 Simone de Beauvoir was born in 1908 in Paris. She was raised Catholic, and attended convent schools throughout her youth. At one point, de Beauvoir even wanted to become a nun! At least until age 14, when she experienced a crisis of faith and decided that she was ultimately atheist.

De Beauvoir quickly changed her studies to those of math, literature and philosophy rather than religion. She soon become obsessed with the study of existence, and all of the questions that came along with it.

In 1926, de Beauvoir began her studies in philosophy at the Sorbonne in Paris, one of the most prestigious schools in France. She wrote her thesis on the German philosopher and mathematician Gottfried Wilhelm Leibniz, and graduated in 1929. De Beauvoir was only the ninth woman to graduate from the Sorbonne at the time, as at the time, women were only recently allowed to attend universities.

After graduating, de Beauvoir got to work straight away with fellow philosophers Maurice Merleau-Ponty and Claude Lévi-Strauss. She also began to sit in on philosophy courses at the École Normale Supérieure in Paris, one of the most reputable graduate schools in the city.

It was here, that de Beauvoir went on to meet Paul Nizan, René Maheu and Jean-Paul Sartre. 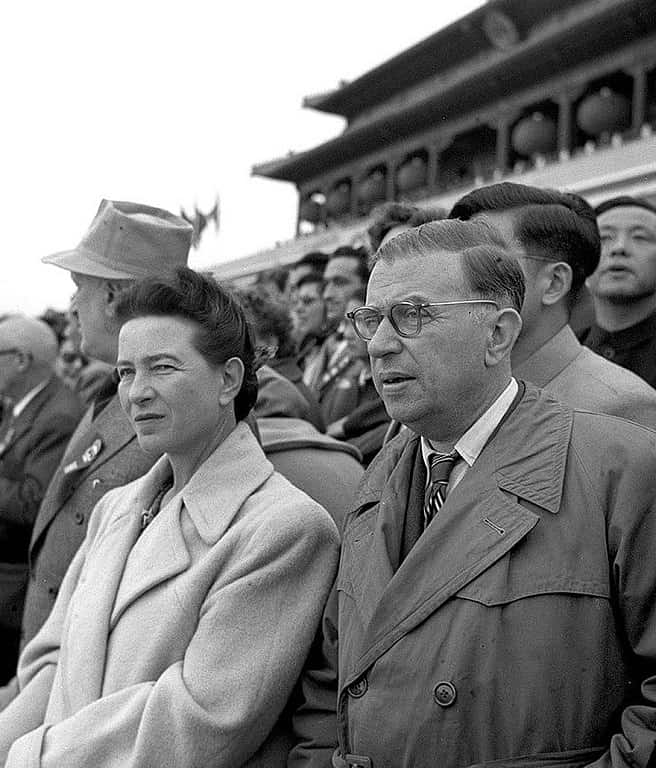 The beginnings of an intense relationship between the two followed. The pair called their relationship a partnership, and it was often talked about due to the fact that they both continued to see other people, making their relationship an open one. The remained together for 51 years, until Sartre’s death in 1980.

De Beauvoir rejected an early marriage proposal from Sartre, and their relationship remained an unconventional one throughout the years. They never lived together, and were known to have lovers outside of their partnership.

The two separated for some time as de Beauvoir traveled around France, working as a teacher to support herself. The tensions of World War II brought them back together, where they worked with the French Resistance throughout the war. The war also meant that de Beauvoir was not able to teach. During the war, de Beauvoir began to write, beginning her illustrious literally career.

“One is not born, but rather becomes, a woman.” – The Second Sex

De Beauvoir published her first major work, She Came to Stay, in 1943. The novel is about a love triangle. The story was based on the real-life relationship between Sartre, de Beauvoir and student Olga Kosakiewicz. In the novel, de Beauvoir considers existential questions pertaining to relationships and how a person’s conscious can develop through said relationships.

Throughout the ’40’s de Beauvoir continued to write and published novels, essays, and even a play called Who Shall Die? All of her works dealt with questions of existence. Around the same time, Sartre and de Beauvoir started the journal Les Temps Modernes (The Modern Times), in which both authors began to publish some of their most important works.

Les Temps Modernes was the first place that pieces of The Second Sex (Le Deuxième Sexe) appeared. De Beauvoir is perhaps most famous for this critique of the patriarchal society she was living in. The critique also puts into question the theory that women are the second, or lesser sex. The book argues that gender is a construct of society, and that is the only reason why women (more so at the time) were placed aside, considered to be capable of one thing: to become mothers and wives.

The book was met with protest from both the French government and the Catholic church. It was translated into English soon after, but the translation at the time didn’t give the text justice. It was only in 2009 that a new, and better, English version was released, earning recognition from the modern feminist movement.

Later works and involvement in politics 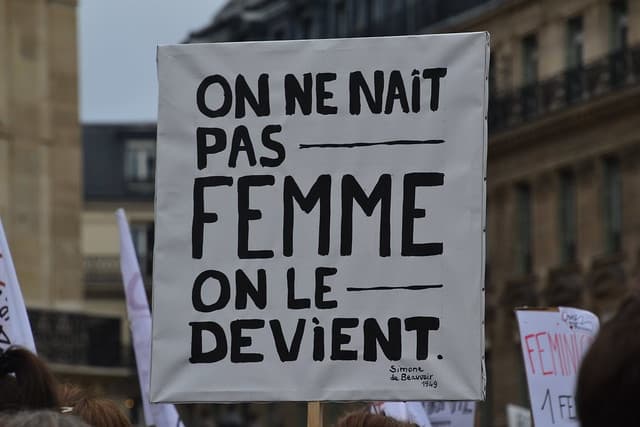 “One is not born, but rather becomes, a woman.” in French during a protest for women’s rights by Jeanne Menjoulet – Flickr

De Beauvoir went on to produce many other novels and essays after The Second Sex. Notably, her novel The Mandarins earned her the Goncourt Prize, one of the most esteemed literary awards in France.

She also published many travel guides, including America Day by Day in 1948 and The Long March in 1957. In addition to this, she wrote four autobiographies: Memoirs of a Dutiful Daughter, The Prime of Life, Force of Circumstance and All Said and Done.

Along with Sartre, de Beauvoir began to get involved in a few different political movements. They supported the revolutions in Algeria and Hungary and the 1968 student and factory workers strikes in Paris. They were also against the Vietnam War.

In the 1970s, de Beauvoir in particular became involved in the feminist movement. She attended protests, gave speeches and lectures, and also fought for women’s reproductive rights and equality. 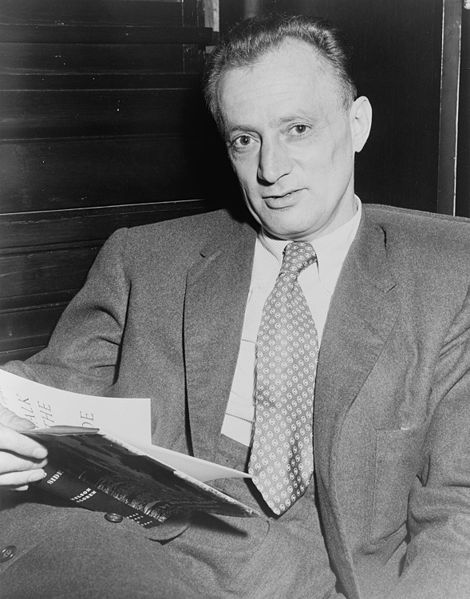 Her partnership with Sartre was an open relationship, and de Beauvoir chose to never marry or have children. She had an affair with American writer Nelson Algren, and is said to have been bisexual.

De Beauvoir also soon became known for seducing her female students. Whether these claims were exaggerated or not is still unknown, but that being said, at least 2 of her former students spoke out against de Beauvoir. They suggested that she took advantage of her position and their young age. De Beauvoir was even suspended from teaching in 1943, due to an accusation by a 17-year old former student that claimed that de Beauvoir had allured her into a sexual relationship.

Controversially, de Beauvoir signed a petition in 1977, along with other prominent philosophers like Sartre, to change the age of consent laws in France. 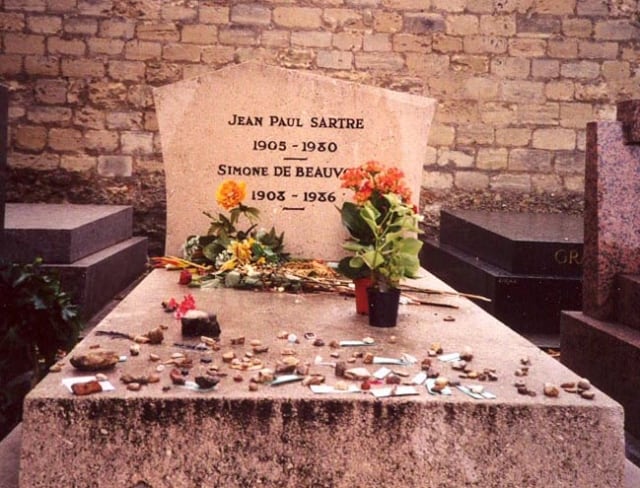 De Beauvoir died in Paris in 1986 at the age of 78. She is buried with Sartre in the Montparnasse Cemetery.

Had you ever heard of Simone de Beauvoir before reading this article? My guess is yes, especially if you have read anything about the feminist movement! If not, I hope that I have opened your eyes and your mind, and that you are interested in reading some of her works.

If you want to learn more about French personalities, I definitely recommend coming on one of our amazing walking tours in Paris! Our local guides really know their stuff, trust me! Click here to learn more and reserve your tour.