All About French Physicist Marie Curie 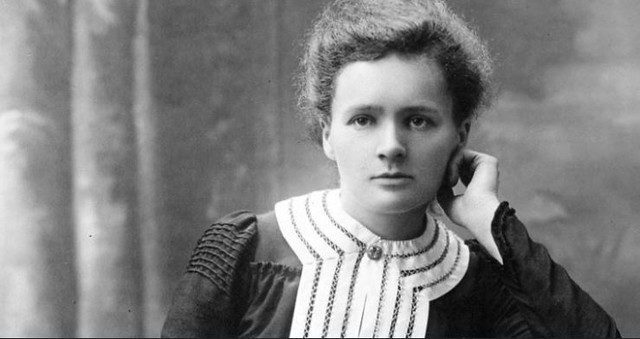 All About French Physicist Marie Curie

If you’ve read any of my other articles here on the Discover Walks blog, you know that I’ve got a soft spot for ladies that have made a difference in history.

Today I’m gong to be talking about the French physicist Marie Curie. She was the first woman to ever win a Nobel Prize (in Physics), and after she won a second Prize for Chemistry, she became the first person ever to win two Nobel Prizes!

Marie Curie was obviously an extremely intelligent person. She also led an interesting life alongside her partner, Pierre Curie. After his death, she kept working and made some major discoveries of her own. 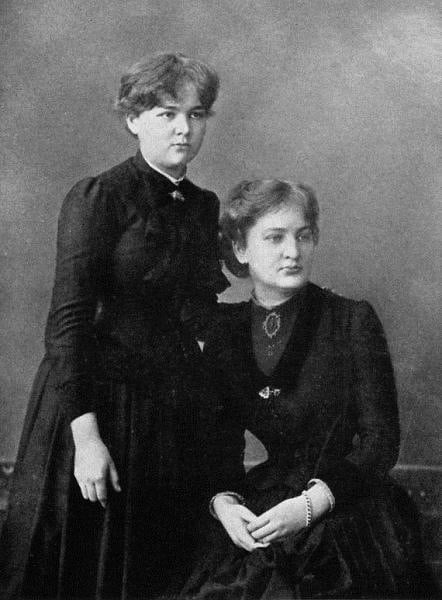 Marie Curie (left), with her sister Bronya in 1886 – WikiCommons

Marie Curie was born in Poland in 1867 as Maria Sklodowska. Both of her parents were professors, although sadly her mother died of tuberculosis when she was 10 years old.

Curie was an intelligent and studious child, and scholars say that she took after her father, who was a professor of math and physics. Curie was the top student in her high school, but because she was a woman she could not attend the University of Warsaw. She went on to study in Warsaw’s “floating” university: an underground network of classes available to women at the time.

Curie was very close with her sister, Bronya, and while both women wanted to continue their higher education, they could not afford it. So, they came up with a deal: Curie would work to support Bronya through her studies, and Bronya agreed to do the same for Curie. So, in order to support her sister, Curie began to work as a governess and teacher.

In the meantime, Curie continued to educate herself on the subjects of math, physics and chemistry. When she was 24 years old, Curie enrolled at the Sorbonne in Paris. She was extremely committed to her studies, despite having next to no money. It is said that she survived on tea and bread during this time in her life. Talk about dedication!

In 1893, Curie earned her master’s degree in physics, and began to work in the lab of Professor Gabriel Lippmann. She continued her studies at the Sorbonne and earned another degree in mathematics in 1894.

“I believe that science has great beauty. A scientist in his laboratory is not a mere technician; he is also a child confronting natural phenomena that impress him as though they were fairy tales.”

While Curie was working in Professor Lippmann’s lap, she began looking into the magnetic properties of different types of steel. In the same year, she met fellow physicist, Pierre Curie. The pair were introduced by the Polish physicist Professor Józef Wierusz-Kowalski. 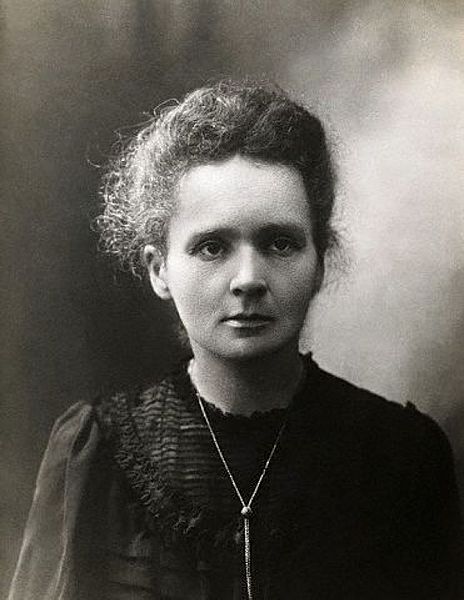 Professor Wierusz-Kowalski knew that Curie was looking for a bigger lab to work in, and he thought that Pierre Curie could help her out. Pierre was working at the School of Physics and Chemistry in Paris at the time (École supérieure de physique et de chimie industrielles de la ville de Paris) as a professor, and could gain her access into a larger laboratory.

Pierre was able to help Curie find a lab, and the two physicists soon began a relationship, which sprung up from their mutual interest in physics, chemistry and math. Pierre proposed to Curie, but she turned him down. She still wanted to go back to Poland to work now that she had finished her studies in Paris.

Curie left Paris and Pierre and returned to Poland. She visited her family, and then got to work. She tried to get a place at Kraków University, but she was turned down because of her gender. Curie was obviously disappointed, until she received a letter from Pierre, urging her to return to Paris to study for a Ph.D. Pierre had just received a doctorate himself, thanks to the advice of Curie to write a thesis on magnetism.

Curie did return to Paris, and in 1895, married Pierre. The couple had a no frill ceremony, reflecting the simplicity of their relationship. Not only did the Curies work together, they also enjoyed traveling and going on long bike rides. One of the most memorable relationships in science hd officially begun! 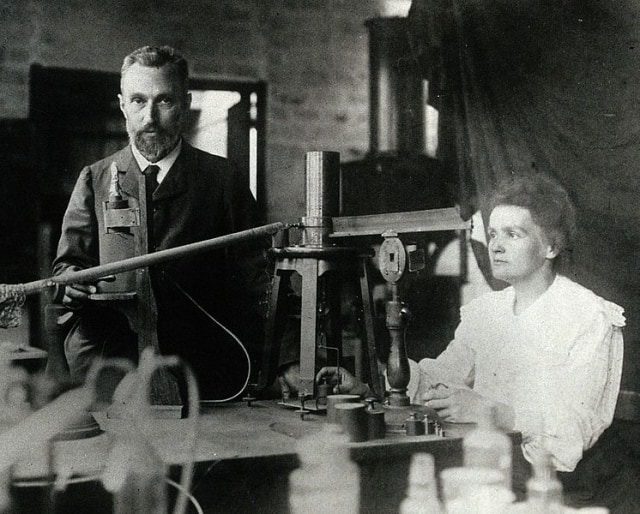 In the late 19th century, X-Rays had been discovered, but were yet to be truly understood. Curie decided to undertake the study of uranium for her doctorate.

Years before, Pierre and his brother invented a machine called an electrometer, a device that measured electrical charge. By using the electrometer, Curie discovered that uranium caused the air around the element to conduct electricity completely on its own. Curie was the first to hypothesize that radiation did not come from a reaction between many elements, but from uranium itself. Notably, this was one of the first steps toward discovering that atoms were divisible.

Between 1898 and 1902, the Curies published several papers on radium. This included one in particular that claimed that diseased cells (the kind that cause cancer and tumors) were destroyed more quickly than healthy cells if exposed to radium.

In 1900, Curie was hired as a faculty member at School of Physics and Chemistry in Paris, where Pierre used to work. She was the first woman to ever hold a position at the school!

In 1903, Curie was awarded her doctorate from the Sorbonne under the supervision of Professor Lippmann. Ironically, in the same month, the Curies were invited by the Royal Institution in London to make a speech about their discoveries. Scratch that – Pierre was invited to speak. Because Curie was a woman, she was not allowed to participate in the speech. 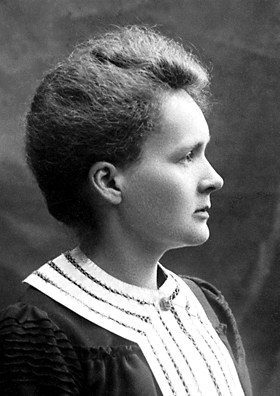 Also in 1903, Marie Curie, Pierre Curie and Henri Becquerel (the physicist who discovered radiation) were awarded the Nobel Prize in Physics for their work in radiation and radioactivity. At first, Curie was excluded from the award for her gender.

Thankfully, there was someone on the prize committee that advocated for women’s rights. The Swedish mathematician Magnus Goesta Mittag-Leffler couldn’t sit back and watch Curie be pushed aside because she was a woman. He notified Pierre that the committee was planning on excluding Curie from the award, and Curie’s name was swiftly added, making her the first ever woman to be awarded a Nobel Prize.

In 1906, Pierre was involved in an accident that would cost him his life. He was walking across the rue Dauphine in Paris during a rain storm, when he was struck down by a horse-drawn carriage. His skull was fractured and he unfortunately died because of it. Curie was obviously heartbroken: she not only just lost her best friend and husband, but her treasured lab partner as well. 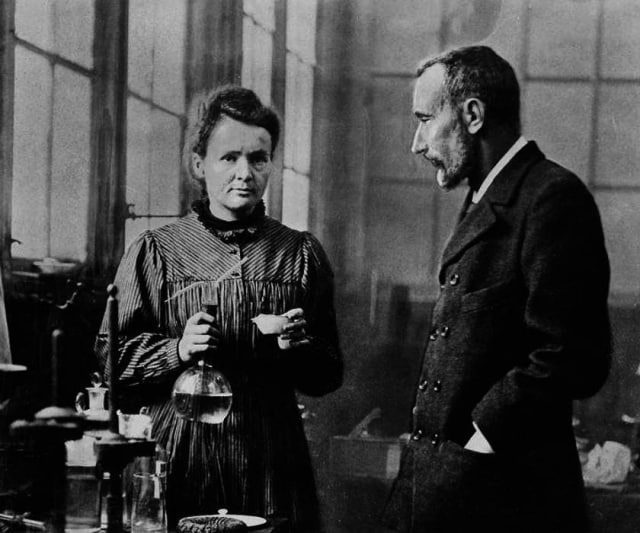 Marie and Pierre Curie in a laboratory – WikiCommons

As a way of thanking Curie and her husband for their work, the Sorbonne offered Curie the professor seat that they had originally wanted to give to her husband. She accepted, and was the first woman to ever hold a professor’s position at the university.

Curie planned to pay homage to her husband by creating a new laboratory at the Sorbonne. The university initially refused, but after hearing word that Curie was considering leaving them to join the Pasteur Institute, they relented. The joint project between the two institutions still exists today, and is called the Curie Institute!

In 1910, Curie successfully isolated radium. She also created a standard unit of measurement for radioactive emissions that was eventually named after her and Pierre (called a “curie”). During this time, she was denied entry into the French Academy of Sciences, most likely because of her gender.

In 1911, tragedy and scandal struck again. For the past year, Curie had been involved in an affair with a married physicist named Paul Langevin. The pair were found out, and a press scandal ensued. Not only was Langevin married, he was also a former student of Pierre’s.

Despite the scandal, Curie was nominated for her second Nobel Prize in 1911, this time in Chemistry. The Prize made Curie the first person ever to win two Nobel Prizes in two different categories. Today, she shares this honor with only one other person. And that’s in the entire history of the Nobel Prize!

Curie died in 1934, due to health problems most likely caused by all of the radiation exposure she had over the course of her career. When Curie was studying radioactivity, the health risks were unknown. 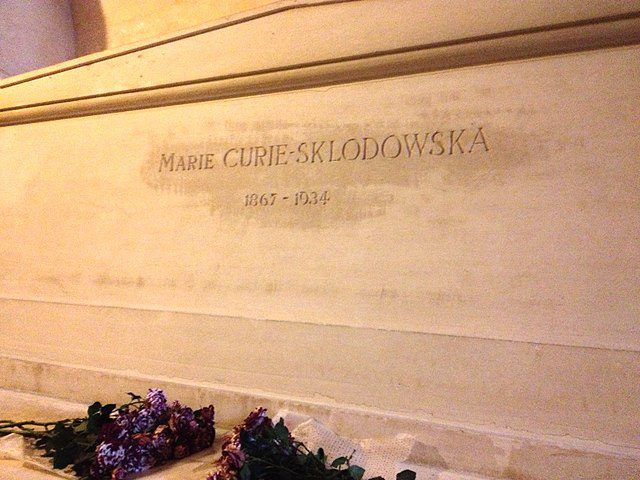 She is buried in the Panthéon in Paris with her husband Pierre, making her the first woman ever to be buried there. Today, she is one of the five only women buried there.

I hope that you all have enjoyed this (very) brief history of Marie Curie! She made so many other discoveries than those that I have mentioned, so I suggest after you’ve finished this article you do some research of your own if you’re interested!

Marie Curie paved the way for women scientists everywhere. She went places that no other woman in science had ever gone before, and she continued to do so even after her death.

If you want to learn more about interesting French personalities and citizens, why not join one of our walking tours in Paris? You’re sure to discover and learn with our amazing local guides! Click here to learn more and make your reservations.