The 5 Women Honoured at the Paris Pantheon

The 5 Women Honoured at the Paris Pantheon

The Paris Pantheon, although a grand building, can sometimes go overlooked as a worthwhile attraction to visitors in Paris; particularly if one only has a limited amount of time in the city.

The Pantheon can be found in the Latin Quarter of Paris, also known as the 5th arrondissement. It is famous for being one of the most vibrant and exciting neighborhoods in the city . 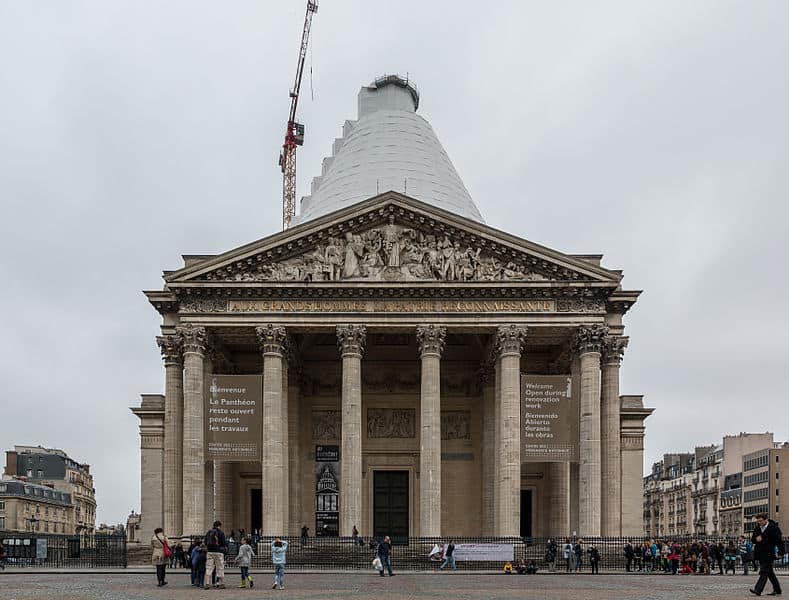 The Pantheon was originally intended to be another church in the heart of Paris. Instead, however, the space was used to form the cities mausoleum in which the remains of distinguished French citizens are kept.

The interest comes in the ratio of women to men when considering those that are buried in the space. At present there are 72 men… and only 5 women.

So who are these women of the Pantheon and what caused them to make the cut to be included in this undeniably this male dominated space?

Germaine Tillion at the Paris Pantheon

Germaine Tillion was a French ethnologist. She is best known for the massive role she played in the resistance movements during World War II.

During the turmoil, Tillion would help war prisoners flee; she once helped a Jewish family keep their anonymity by giving them her own family papers to use. Tillion would also organize insights and information for allies who were also helping the movement. 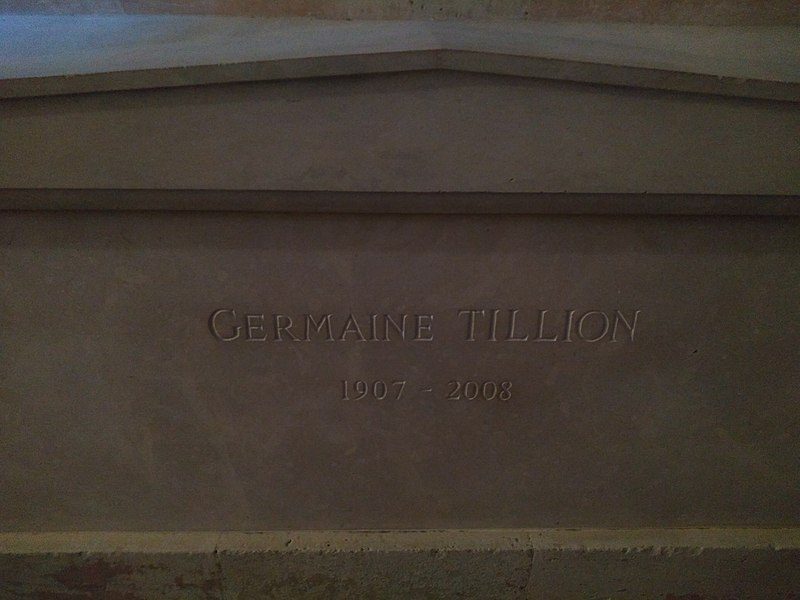 In 1942 Germaine Tillion was arrested by Nazi forces after being betrayed by a spy working on the inside of the networks. She was thrown in a German concentration camp but managed to escape in 1945 during a raid by the Swedish Red Cross.

Once she was out, Tillion remained vocal in different French politics. She was also avidly involved in the efforts to emancipate women throughout the Mediterranean.

Although she passed in 2008, Tillion was only buried in the Pantheon in 2015 once her extensive work and efforts were honoured.

Marie Curie at the Paris Pantheon 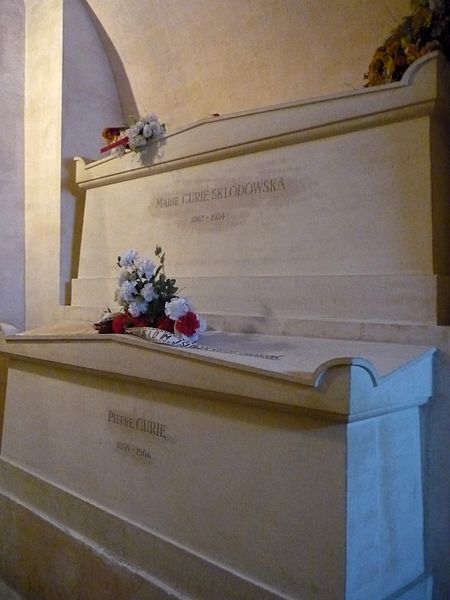 Marie Curie tomb at the Pantheon – by Rémih – Wikimedia Commons

Curie was also the first woman to win the Nobel Peace Prize; and the first and only woman ever to win it twice!

In 1934 Curie lost her life due to radiation she encountered during various experiments. The remains of herself and her husband (who passed 28 years before she did) were only transferred to the Pantheon in 1995.

Sophie Berthelot at the Paris Pantheon

The story of Sophie Berthelot is an interesting one. She was technically the first woman ever to be buried in the Pantheon — however her access was granted not based on any work, merit or acknowledgment in the greater scheme of France. 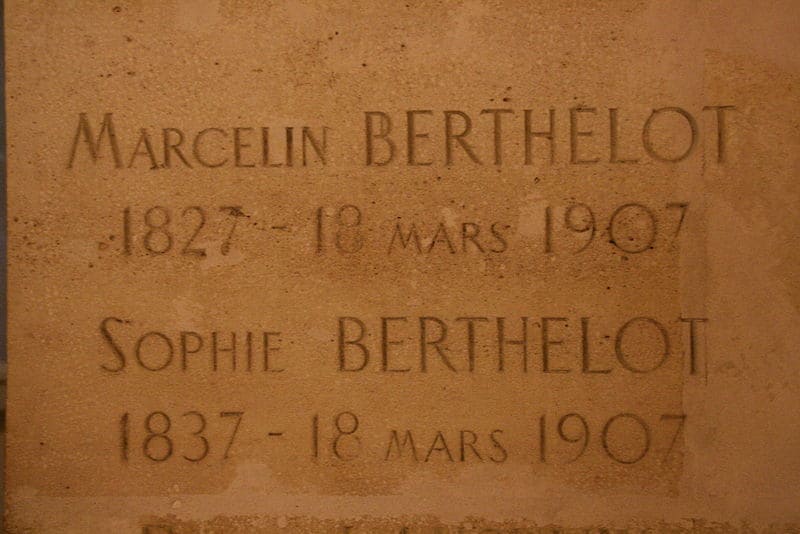 Sophie Berthelot at the Pantheon – by Pascal Terjan – Wikimedia Commons

When they surprisingly both passed on the same day, it was decided that the two would have liked to remain together even in death and so Sophie’s remains lie with his.

Berthelot is sometimes coldly referred to as “the stranger of the Pantheon”. Since the burial, worldwide feminists have used Sophie Berthelot as an example of how its easier for women to get into the Pantheon on their husbands merits rather than their own.

Geneviève de Gaulle-Anthonioz was a big part of the French Resistance after France was occupied in 1940. Her actual remains aren’t in the Pantheon, as it was her wish to leave these with her husbands grave in Bossey. Instead, soil from her grave was preserved and moved into the Pantheon in 2015. 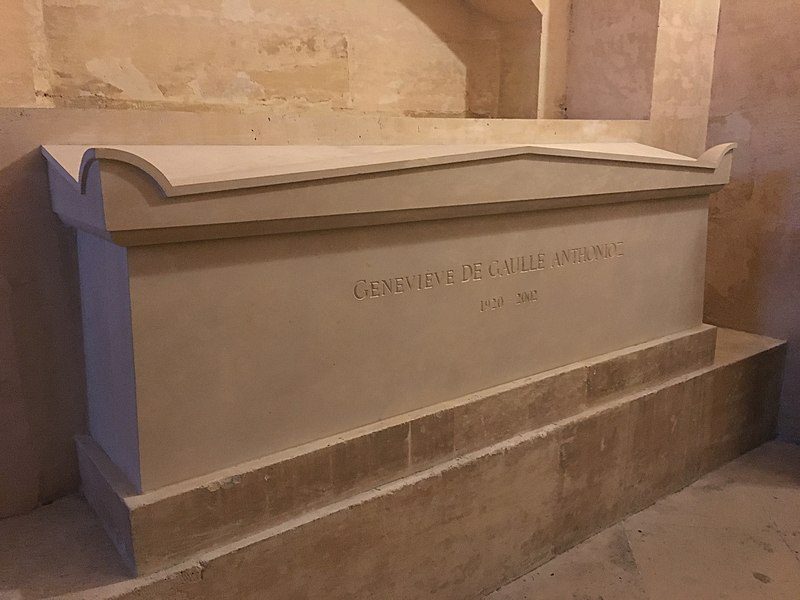 At the end of the war, Geneviève de Gaulle-Anthonioz became the president of the resistance association Nationale des Anciennes Déportées et Internées de la Résistance. In 1988 she went on to become a key member of French Economic and Social Council and fought against poverty in France.

Her story is a powerful one and her spot in the Paris Pantheon is well deserved. Much of the history relative to the iconic landmarks in Paris bare some connection to the work done by Geneviève. A free guided walking tour through the neighborhoods is the best was to ensure you don’t miss any key information!

Simone Veil at the Paris Pantheon

Simone Veil is the fifth and most recent addition to the very small women’s section of Paris’ Pantheon. What’s interesting is that it took public outcry in order for Veil to be included in the space.

Veil was a big women’s rights activist as well as a Holocaust surviver. She fought years as Minister of Health to change the laws surrounding women’s contraception and abortion in France. 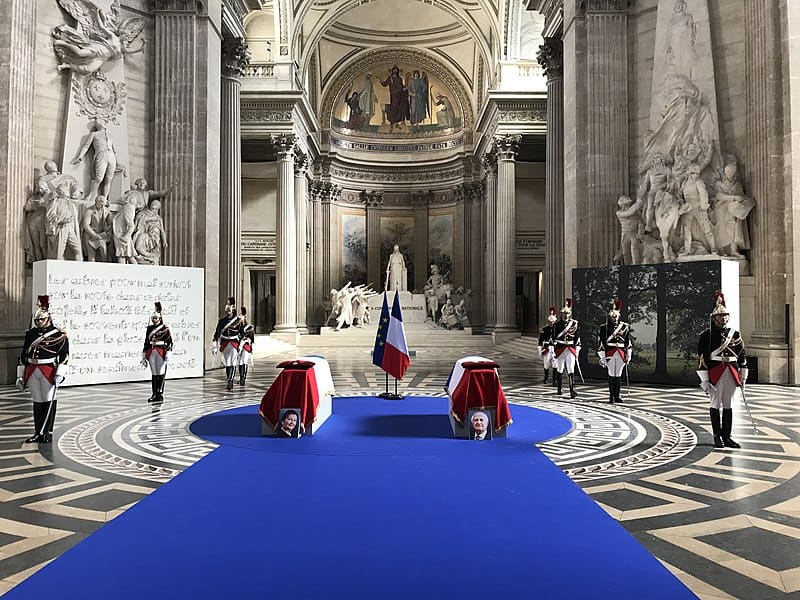 Ceremony for Simone Veil at the Pantheon – by Emmanuel J. Lévy – Wikimedia Commons

Following her death, thousands of French citizens signed a petition stating that Veil should be allowed to rest in the Pantheon. The demands of the people were heard and met and have created a beautiful platform from which the conversation to include more women in the space can continue.

When wandering the Latin Quarter of Paris try take some time between bars and bookstores to go pay homage to these five souls. In a few years there will (hopefully) be many more names worth knowing, and you’ll be able to reminisce on that time you went and “there were only five women!”.