Paris is known as the city of light, the city of love, and of course as one of the major culinary and fashion capitals of the world. And while many of these preconceptions people have about Paris hold true, there are just as many that don’t. After many years living here, I’ve learned that there are a lot of things no one tells you about Paris.

So read on to discover some of the city’s many surprises! 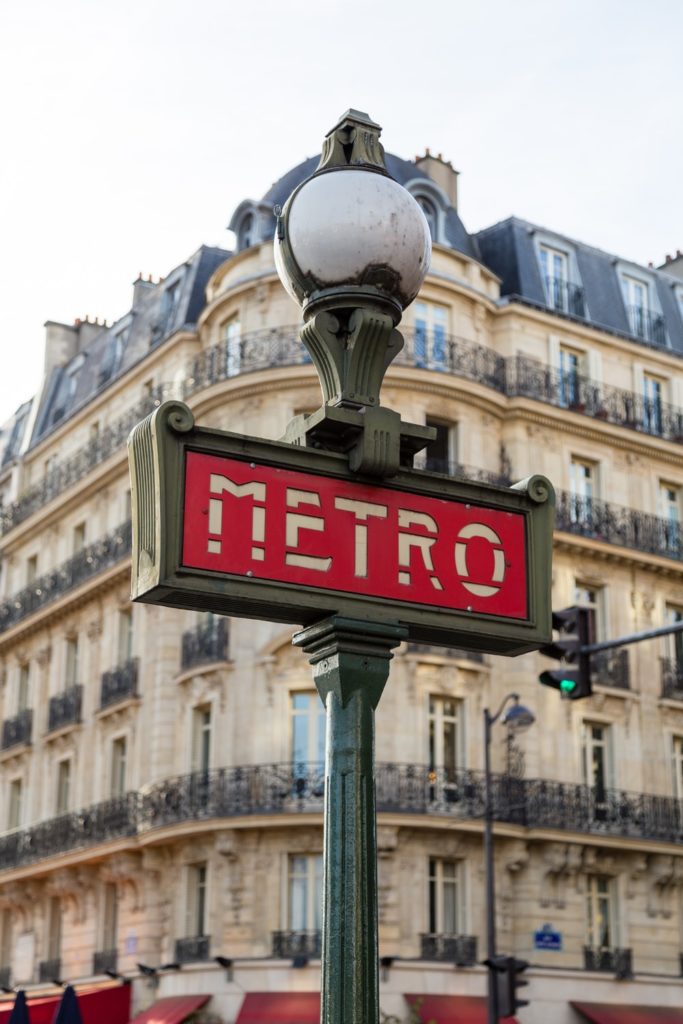 By Sebastian Gabriel via Unsplash

Paris is a very walk-able city, and I think the best way to really get to know the Ville Lumière is one foot. But that being said, the city has an excellent public transport network. With Paris’ extensive subway network (metro), buses, and RER (suburban express trains) you can get pretty much anywhere in Paris within 30 minutes.

And it’s very affordable, compared to many other European capitals!

A single ride ticket costs €1.90 and you can use this on the bus, metro and RER through all the zones 1-5 (I’ll explain this is in just a second). If you’re staying more than a couple hours in the city, I would recommend buying a book of ten tickets for €16. And if you’re more permanent in Paris, there are unlimited daily, weekly, and monthly passes available, and these will save you a lot of money.

Paris and the surrounding suburbs are separated into zones 1-5, and the zones expanding outward from the city center. For example, Paris center is in zone 1, Versailles is in zone 4 and CDG Airport is in zone 5.

Plus, the RATP website is really easy to use and has all the essential transport information in English. 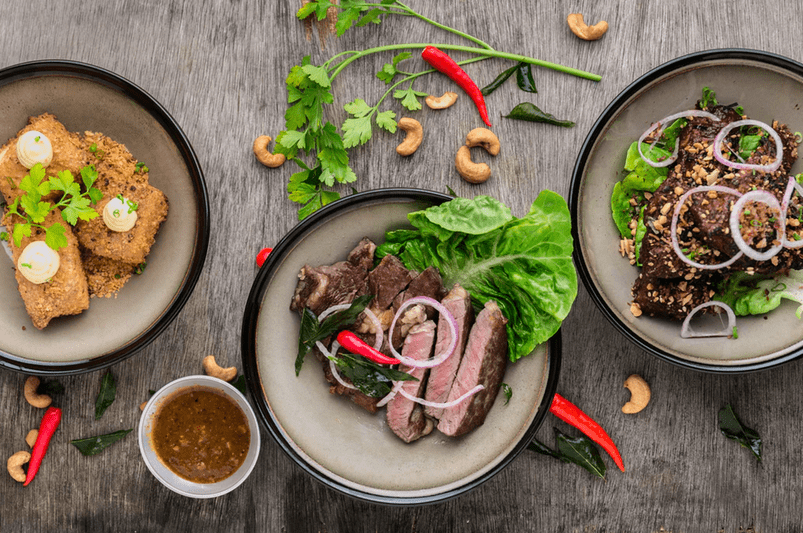 By Lily Banse via Unsplash

When you mention Paris, most people conjure up images of croissants, baguettes, cheese and wine by the river. And while all of these delicious things exist in abundance, one thing no one tells you about Paris is that there’s incredible diversity, especially in the cuisine!

Paris has a certain allure, and it’s a veritable melting pot; bringing together people from all cultures, countries, and walks of life. This in turn has made Paris a true cultural and foodie hot spot. I encourage you to branch out, go beyond the baguette and discover a new favorite!

There a ton of restaurants in Paris, hailing from pretty much any country or region you can imagine. Whether you’re looking for some excellent sushi, a good bowl of Pho, an Italian wood-fired pizza, classic piroshkys, authentic Syrian taboulé, or anything in between, you can find it in Paris. 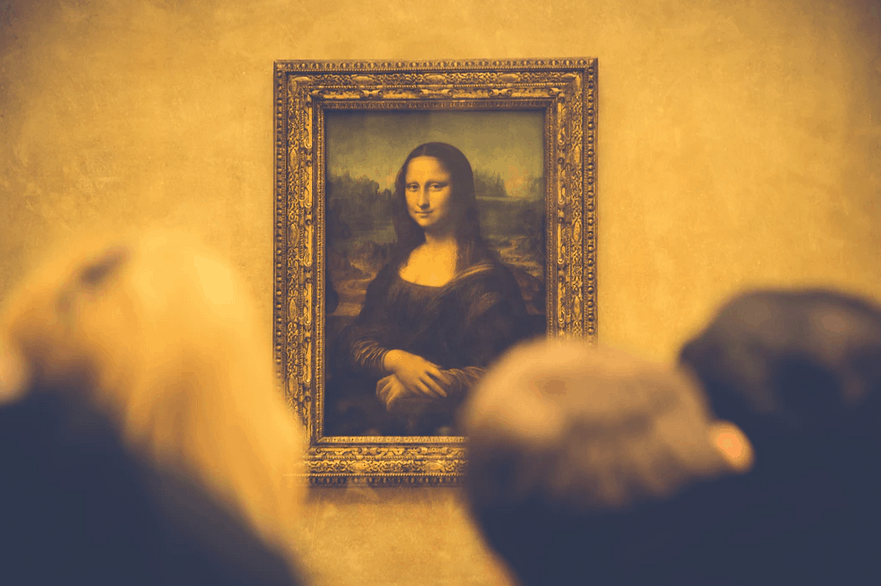 By Eric Terrade via Unsplash

So many people complain to me that Paris is an expensive city, especially as a tourist. While I’ll admit this can be true, it doesn’t have to be! There are plenty of ways to enjoy Paris without spending a ton of money. One of the best ways is to visit some free museums!

On the first Sunday of every month, Paris’ most famous museums like the Louvre, Musée d’Orsay and l’Orangerie offer free entrance to the public.

This is definitely one thing no one tells you about Paris, and maybe that’s because the locals want to keep some secrets for themselves. In any case, this is an excellent time to visit some of the world’s best museums. You can’t beat free!

4. Eating Out Can Be Affordable

Another thing no one tells you about Paris is that it can be affordable. I’m still asked almost daily how I can afford to live in Paris, and enjoy simple pleasures like a meal out from time to time.

My answer is always that it’s all about balance, and enjoying a coffee, a drink, or a meal out won’t break the bank. You just have to know where to go. In most neighborhoods (save for the most touristic spots), you can have a pastry and a coffee at a café for less than €5. This is always a bit shocking to my American friends, as a coffee alone in the U.S. is easily more expensive.

Same goes for eating out, and many bistros offer formules with an entrée, plat and a dessert for less than €20. Plus, tax and tip are already included (you can round up as a general rule, but tipping 15-20% is not the norm here). Of course, the fancier the place and the closer to major monuments you get, the higher prices tend to climb. 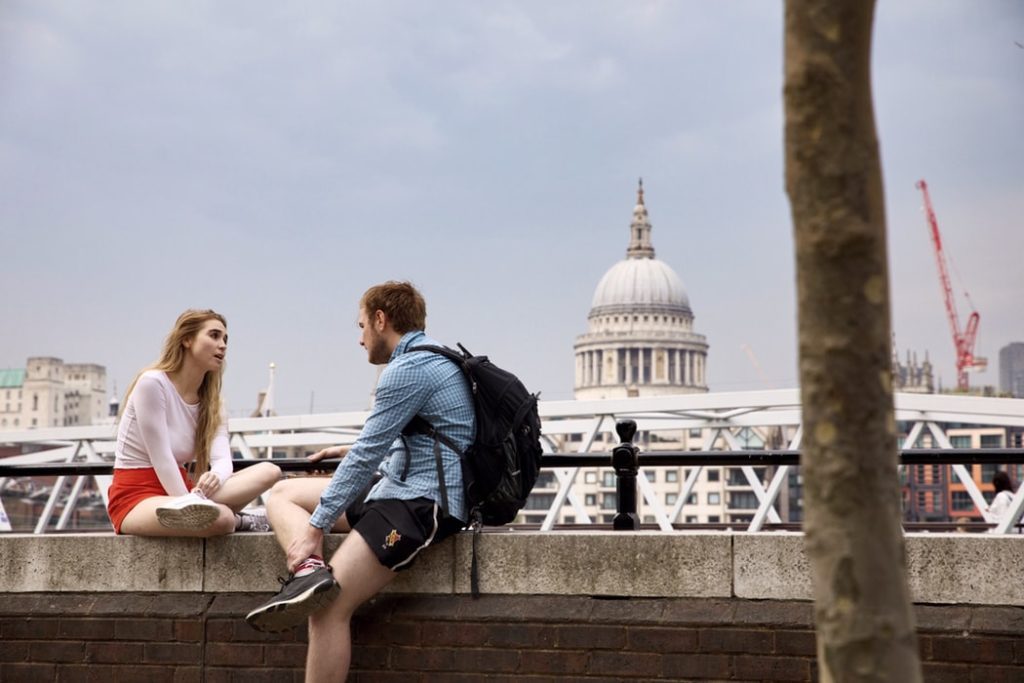 By Yolanda Sun on Unsplash

One of the craziest things no one tells you about Paris is that people DO speak English. Before arriving to Paris, everyone told me that I would have a hard time here because “no one speaks English”.

This is by far one of the biggest misconceptions I had about Paris and it’s just simply not true. In my experience, many people here speak English enough to communicate basic needs, and most of the younger generation speak quite well. And if the average Parisian hears you speaking English, they automatically switch to make it easier for you.

Though I think it’s always best to learn a few words and phrases in French out of respect for the culture, I’ve found that you can get by quite easily in Paris with just English. 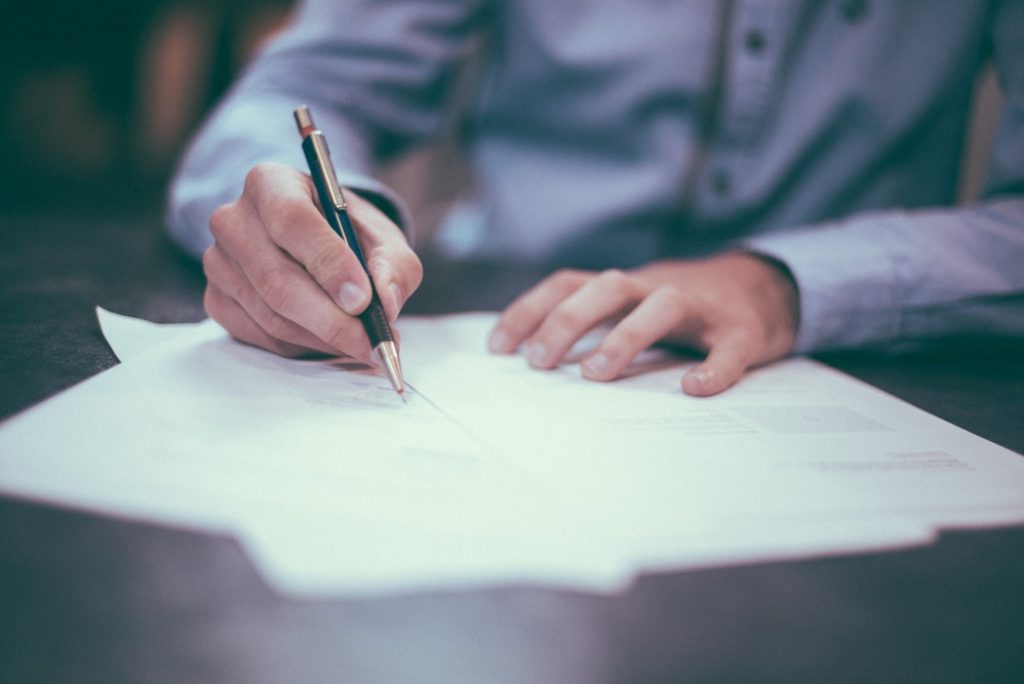 By helloquence on Unsplash

If you’ve been in France for any length of time, you know the country has a penchant for paperwork. Everything from obtaining a transport pass to signing up for a library requires paperwork. And lots of it.

This is one thing no one ever told me about Paris, but I’m telling you because if you come prepared, you’ll have a much easier time. It’s always a good idea to have some passport photos on hand, as well as a copy of a government-issued I.D. 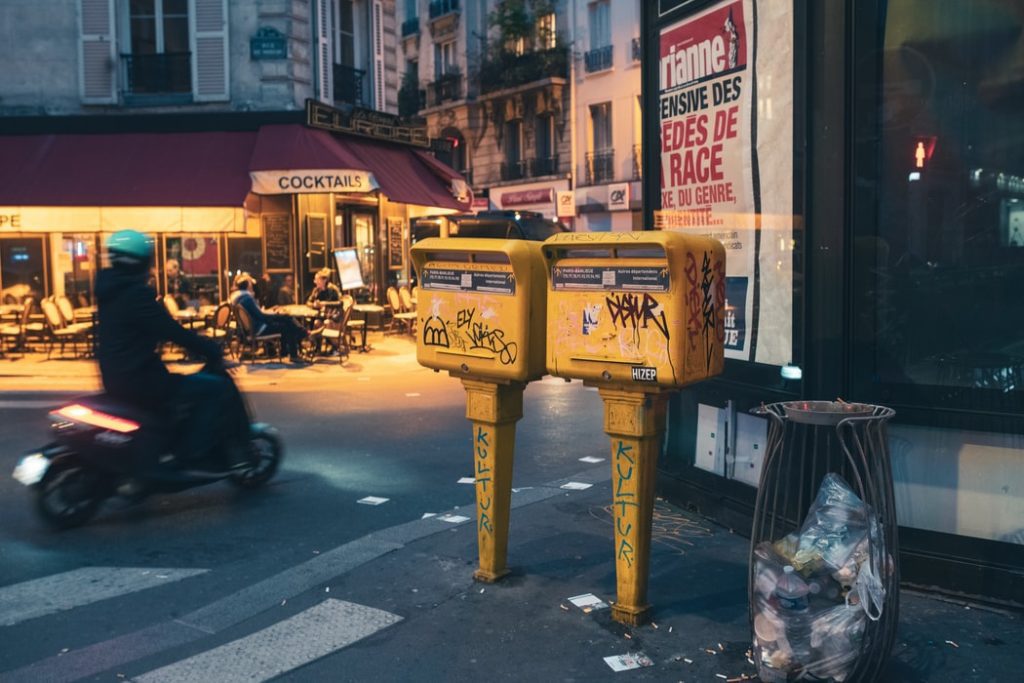 By Jacek Dylag via Unsplash

Paris is a dirty city. Well, this one is up for debate, but this was one thing I definitely didn’t know about Paris before arriving. I’ve traveled quite a bit, but Paris is by far the dirtiest capital city I’ve seen.

While the city has made excellent efforts over the past years to clean up the city (installing recycling bins, trash cans in parks, free dog bags available, etc.), there’s still a long ways to go. It’s tough to walk anywhere in the city without having to watch your step, even in parks.

It’s up to everyone to help keep the city clean, residents and tourists alike. So make sure to throw your trash in the bin, please put your butts in the ashtrays, and remember to recycle. Paris will thank you! 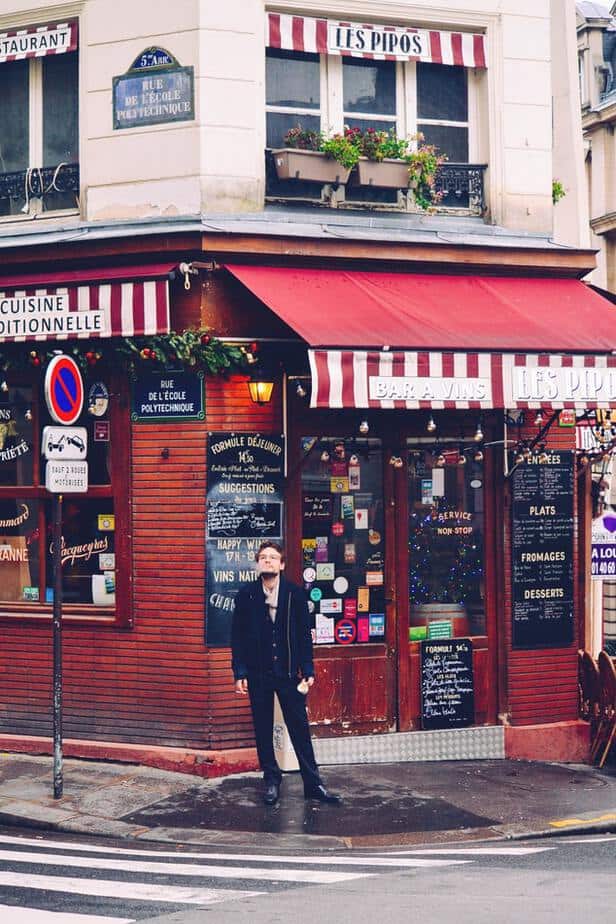 I’d always considered smoking to be an antiquated stereotype about the French, but yes, people smoke here. And they smoke a lot. In parks, in café terraces, in their apartments. That’s quite simply just the way it is, and it’s been a part of the culture for a long time.

If you’re a non-smoker, there are a couple ways to avoid the smoke. When you go to a café, scout out your spot or simply ask to be seated inside. People are not allowed to smoke inside restaurants, though the terrace is fair game.

If you’re renting a flat or Airbnb, be sure to ask whether it’s a smoking accommodation or not. More and more rentals cater to non-smokers now.

Paris is home to over 400 parks! The city’s green spaces cover more than 3,000 hectares and include 250,000 trees. Of course, everyone’s heard of the most famous spots like the Jardin du Luxembourg or the Tuileries garden. But one thing no one tells you about Paris is the sheer number and variety of parks there are in the city!

Some of my lesser-known favorites include the Buttes-Chaumont, the Jardin Anne Frank and the Parc Monceau. My advice is to choose a new park, grab a picnic blanket and a good book, and escape from the city hustle for a bit. 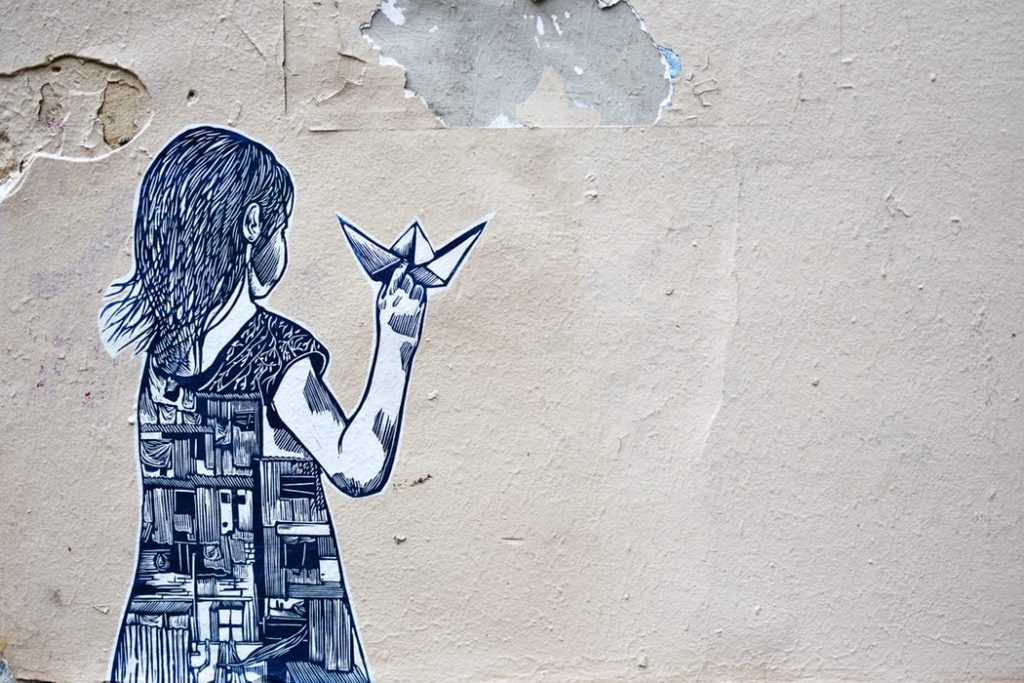 It’s no secret that Paris is home to some of the most incredible and sought-after art collections in the world. The treasures of the Louvre and other museums can give any city a run for their money.

But perhaps more surprisingly, Paris showcases a staggering variety of street art. From the winding cobblestone streets of Montmartre to the lively passages of the Marais, street art abounds. Works by Banksy, Fred le Chevalier, JR, and Miss.Tic among others can be found all over the city, and sometimes even on monuments!

Check out our guided street art tour to discover some of the best street art in Paris.