8th Arrondissement of Paris: What to Do, What to See 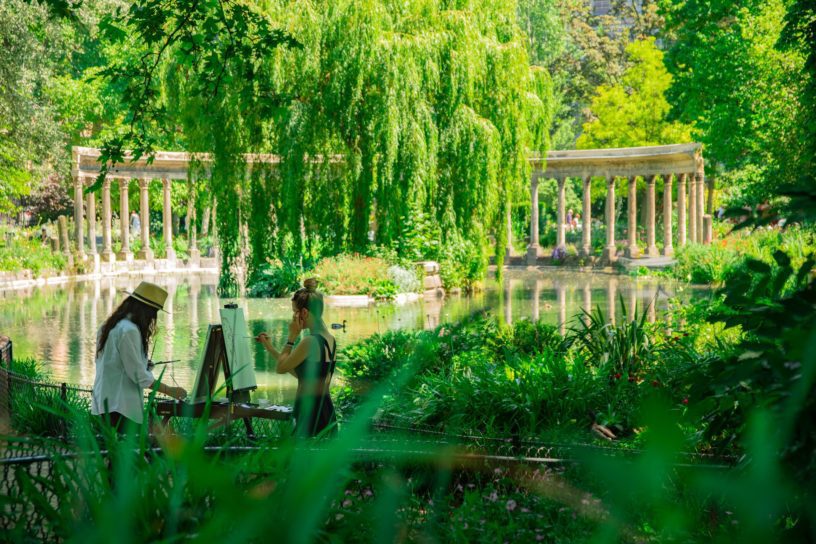 8th Arrondissement of Paris: What to Do, What to See

Something travelers to Paris often disregard is the fact that, despite being a prominent tourist attraction, the 8th arrondissement is home to a mass of local civilians.

Around 40,000 French locals call this district home year round, so in and amongst the upmarket tourist attractions there is a lot of everyday life unfolding simultaneously.

You’re unlikely to find the locals mingling on the Champs-Élysées, or queueing to learn how to cook French at the Atelier des Chefs. So what else is there to do while in this western end of the French capital? 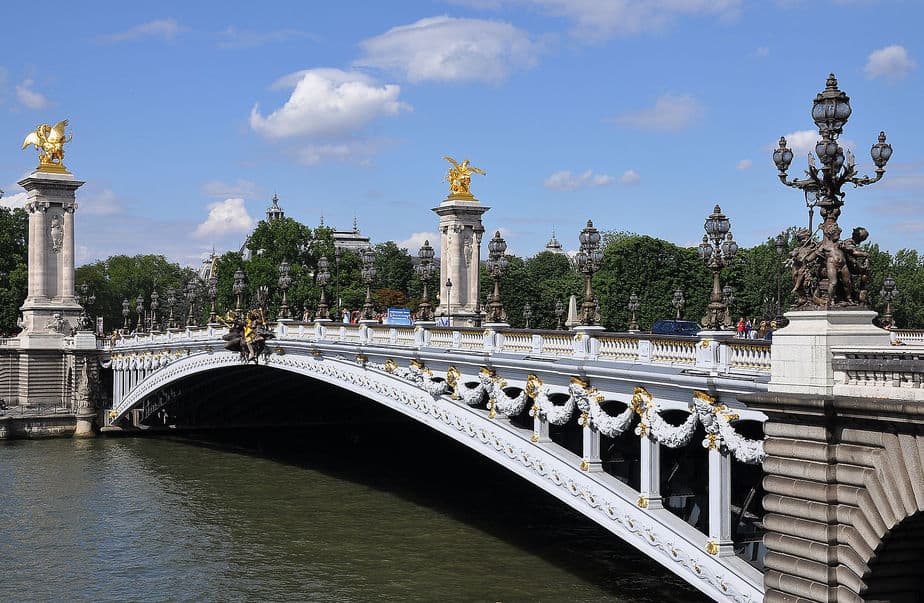 Kick Back in the Parc Monceau

While I personally like to avoid a tourist trap as best I can, there is something irresistible about the Parc Monceau that has me visiting at least once a month.

Regardless of the season, the Parc Monceau is arguably the most charming of all of Paris’ parks. Its manageable size makes it particularly wonderful for a quick stroll, while the many hidden nooks pose perfect spots for an enjoyable day in the sun.

It’s probably the overgrown nature of the park that makes it so whimsical. It was built as a private garden for the Duke of Orléans in 1778, and then transformed into a more public English-style attraction during the Haussmann architectural era in Paris. 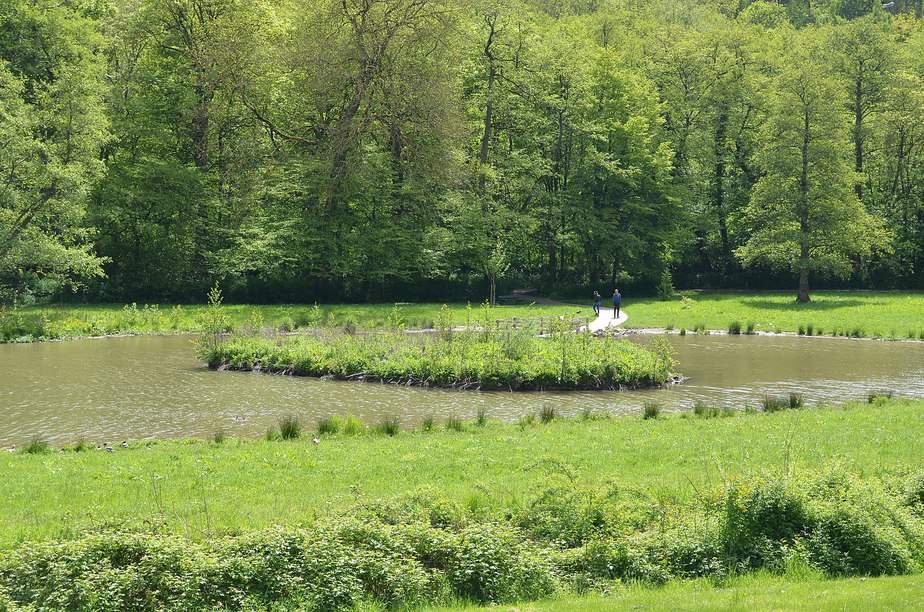 Opening Hours: Monday to Sunday — 7am to 9pm

Find the Cafe in the Petit Palais

Tourist trap or not, the Petit Palais is a must visit on any first timers visit to the 8th arrondissement. This attraction is a miniature version of its big sibling just down the block, the historic Grand Palais.

The Petit Palais is now the home of the Paris Museum of Fine Arts, but if you’re short on time rather visit the hidden cafe instead.

Few people know that entry into the building itself is absolutely free. Once inside, make your way to the center courtyard and track down the isolated cafe. A beautiful spot for a light lunch between exploring the district. 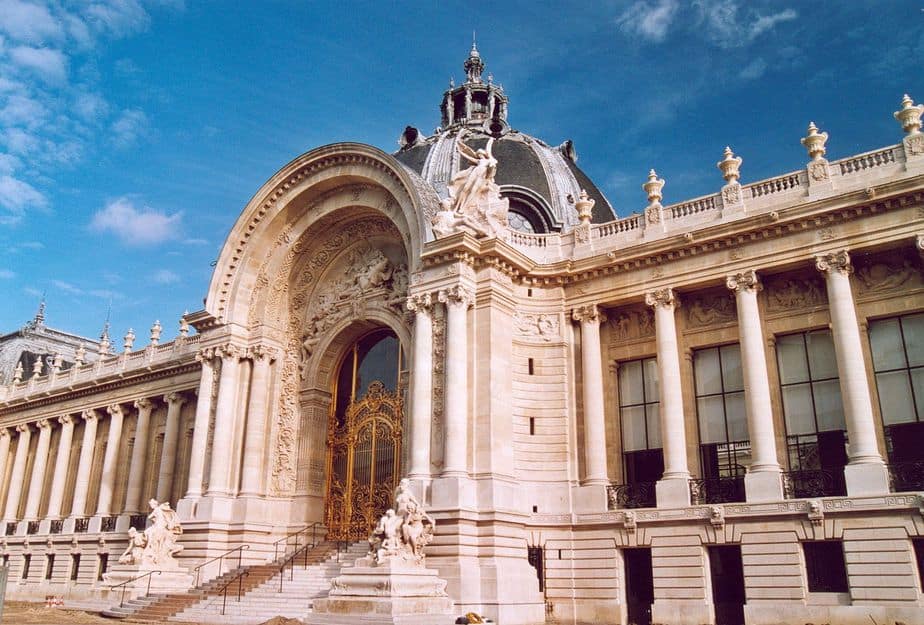 Opening Hours: Tuesday to Sunday — 10am to 6pm

The Place de la Concorde is the largest public square in the French capital. It measures an incredible 7.6 hectares in size, offering ample space to civilians whenever mobilizing is called for (protests, rallies, celebrations).

There is usually always something to see or do in this prominent plaza. The space is known to host markets, educational programs, children’s entertainment and is also the official home of the Big Wheel of Paris that is erected during the winter months.

The Place de la Concorde marks the easternmost end of the Champs-Élysées, so entering this famous boulevard from here is an option. 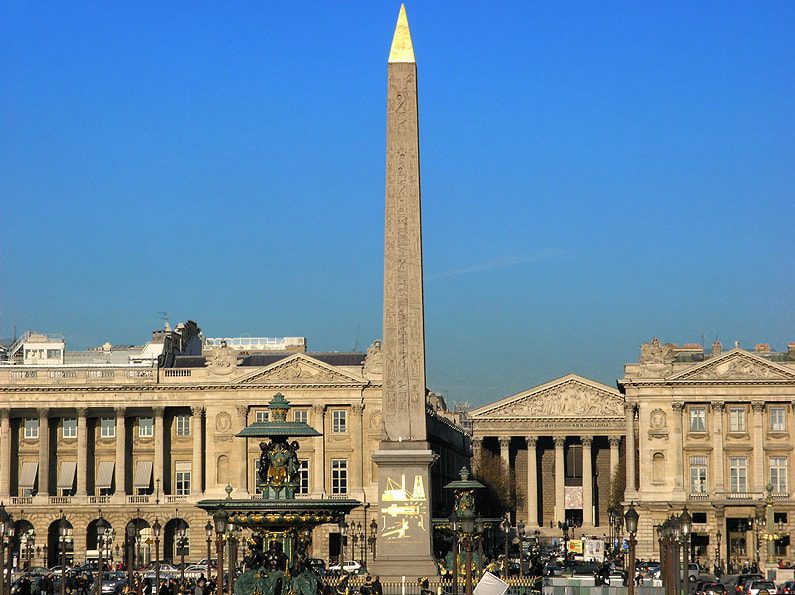 When I need to get out of my own head for an hour or two, I usually make my way to this museum in the 8th arrondissement.

The Musée Jacquemart-André is a private space that showcases the impeccable collection of arts, furniture, ornaments and interior design collected by Édouard André and Nélie Jacquemart over the course of their lives and marriage.

It’s a curation unlike anything you’ve probably seen before; comparable to a miniature Versailles right here in the city. Entrance is €14.50 per person, with discounted rates for children, students and disabled visitors. 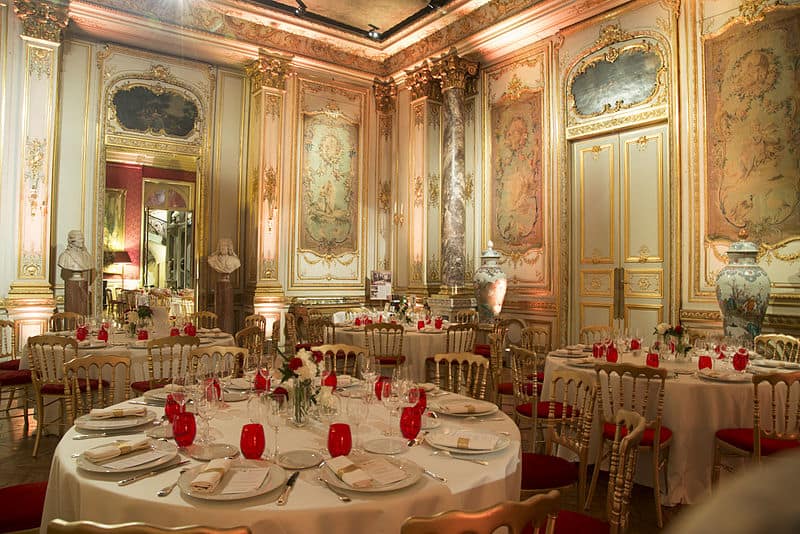 Opening Hours: Monday to Sunday — 10am to 6pm

Walk the Champs-Élysées to the Arc de Triomphe

You won’t get away without a walk down the Champs-Élysées while visiting the 8th arrondissement. This is really the attraction that put the district on the map in terms of accessibility, public appeal and global shopping options.

The Champs-Élysées is an impressive boulevard that runs roughly two kilometers long, and seventy meters wide. There is much to do and see on this renowned strip seemingly year round. 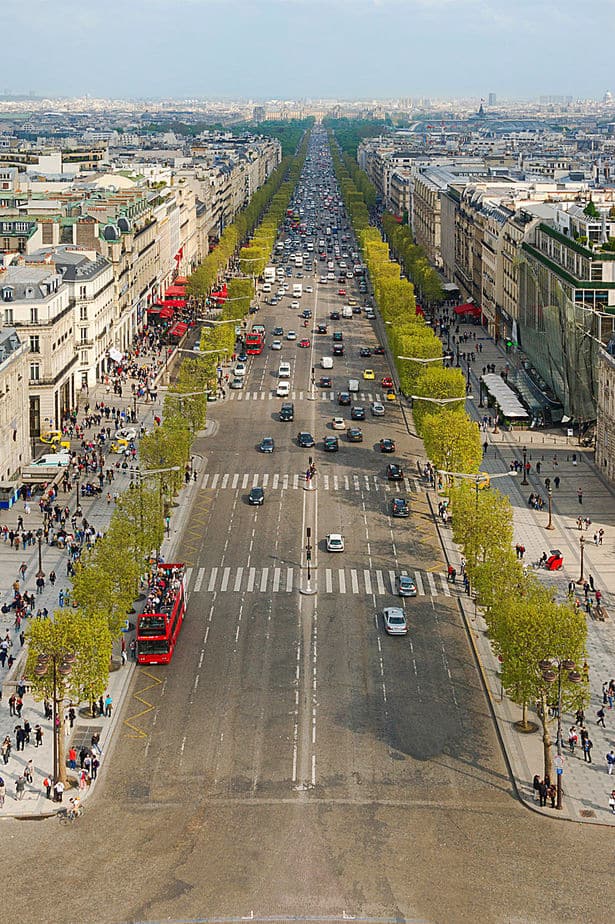 If you came to Paris to shop, there are few better roads on which to do so. What’s more, the Champs-Élysées is home to the annual Christmas Light Display that draws in thousands of tourists come the December month.

Marvel at the Interior of the Gare Saint-Lazare

The Gare Saint-Lazare is the only train station in the western side of Paris. It calls the 8th arrondissement home, and it’s from here you’ll catch your trains out to Deauville, Dieppe and other prominent coastal towns.

The Gare Saint-Lazare is like a train station meets a museum. It’s a showcase of some incredible Impressionist paintings, including works by Monet who contributed greatly to the space. 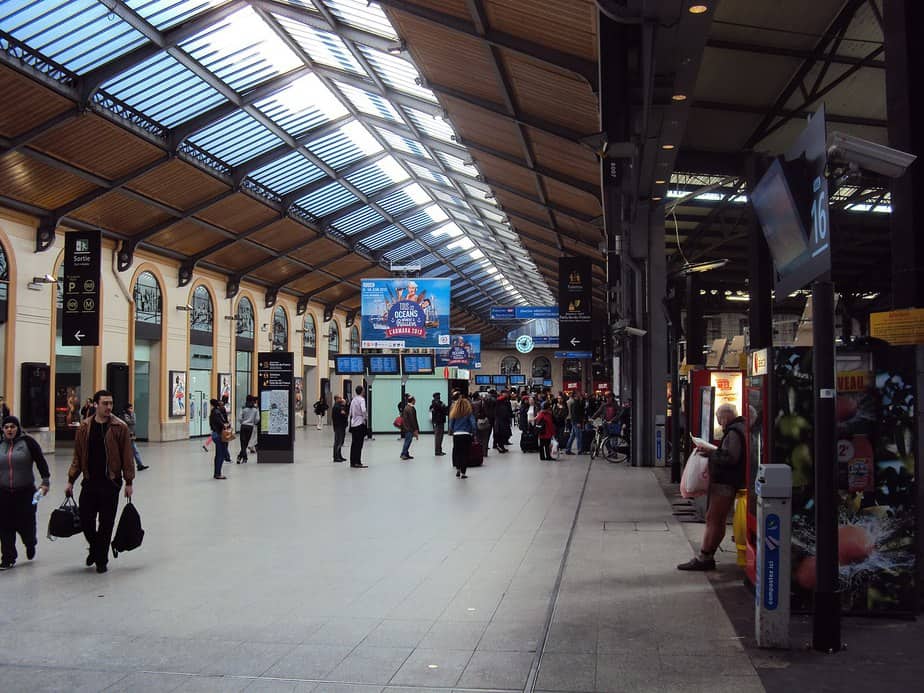 Have Tea in the Courtyard of the Plaza Athénée

On paper, there is nothing very special about the Plaza Athénée. It’s simply another immaculate, 5 star Parisian hotel where celebrities and esteemed individuals like to stay.

That being said, the courtyard of the Plaza Athénée is something to be spoken of, especially if you’re a lover of plants and/or tea.

You have to see it to believe it, but the entire interiors courtyard of the building is covered in lush green foliage, with each suite’s bright red canopy peeping through. It’s something out of a fairytale and yet it resides right here in the 8th year round — pop in if even for a peek! 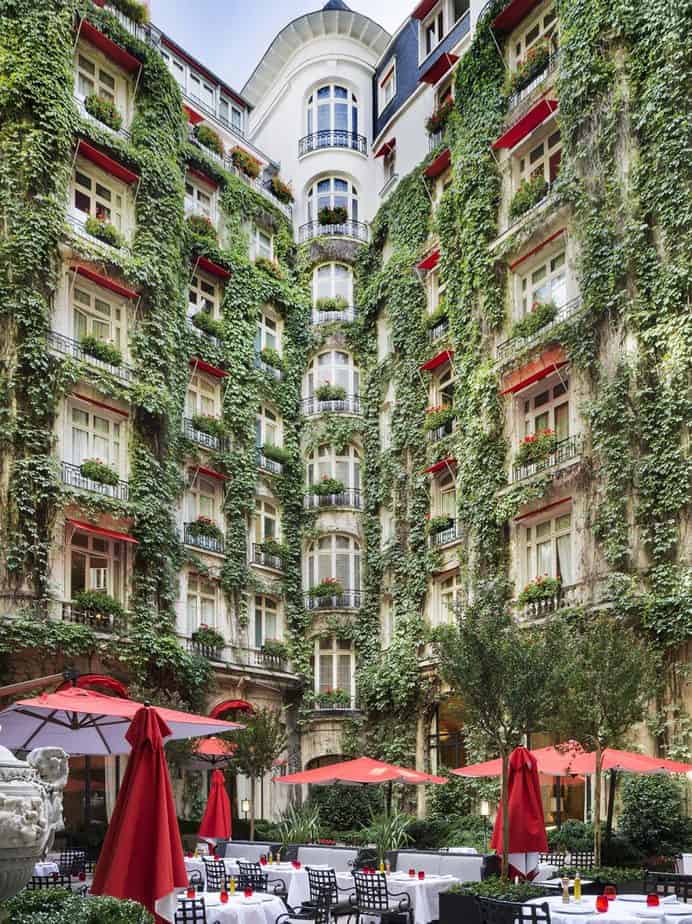 The 8th arrondissement is a relatively simple district to explore on one’s own accord while in Paris. Those interested in a more historic angle while doing so might do well to book into a guided walking tour instead. Check them out, there is something for everyone!