A Brief History of the Arc de Triomphe in Paris 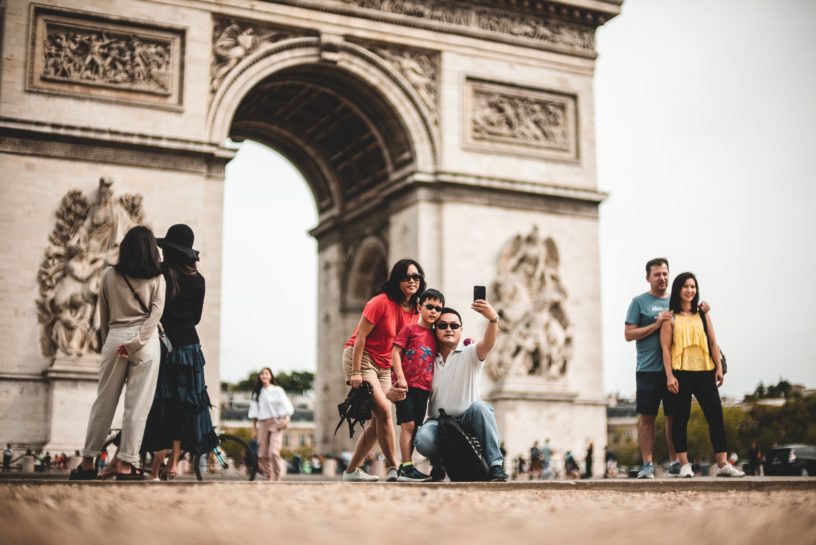 A Brief History of the Arc de Triomphe in Paris

One’s first visit to Paris almost always includes a visit to the Eiffel Tower, the Notre Dame Cathedral, and the famous Arc de Triomphe in the center of the 8th arrondissement.

If you don’t go to visit it, you’ll likely drive past it without realizing, only to do the quick math to pinpoint exactly what this giant archway in the center of the roundabout is.

The Arc is one of the most beautiful pieces of architecture in the French capital, in my humble opinion. How exactly did it come to reside in this Parisian district? I’ll tell you… 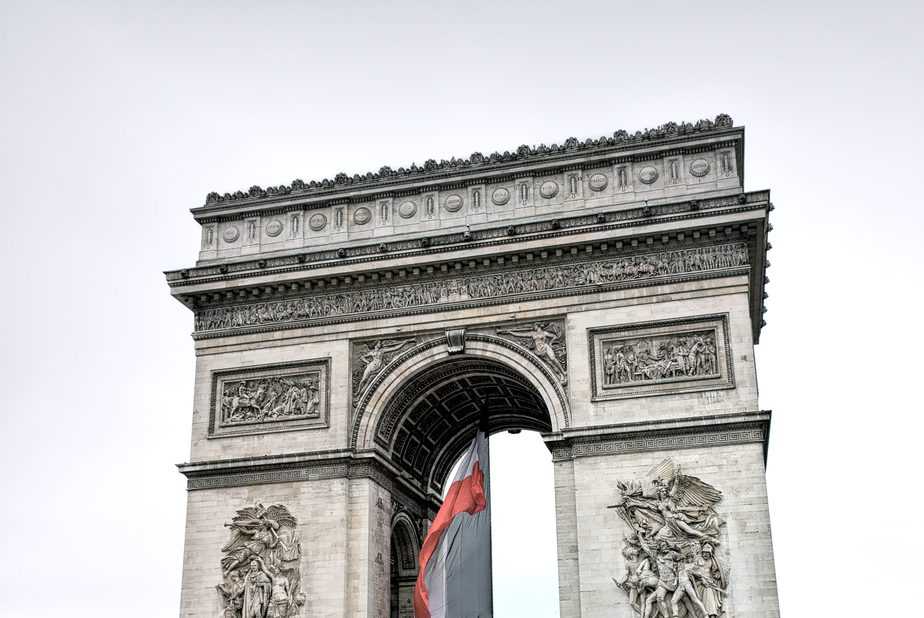 What is the Arc de Triomphe in Paris?

Paris is widely known for its incredibly aesthetically pleasing streets. At the forefront of this infrastructure lies the impressive Place Charles de Gaulle in the 8th arrondissement; a plaza that ties twelve different Parisian avenues together in one giant, radiating traffic circle.

The middle of this circle is the home of the Arc de Triomphe; a monument that is, today, almost as identifiable around the world as the Eiffel Tower.

As the name suggests, the Arc de Triomphe is an arch of triumph, with its primary purpose to showcase the victory of Napoleon. 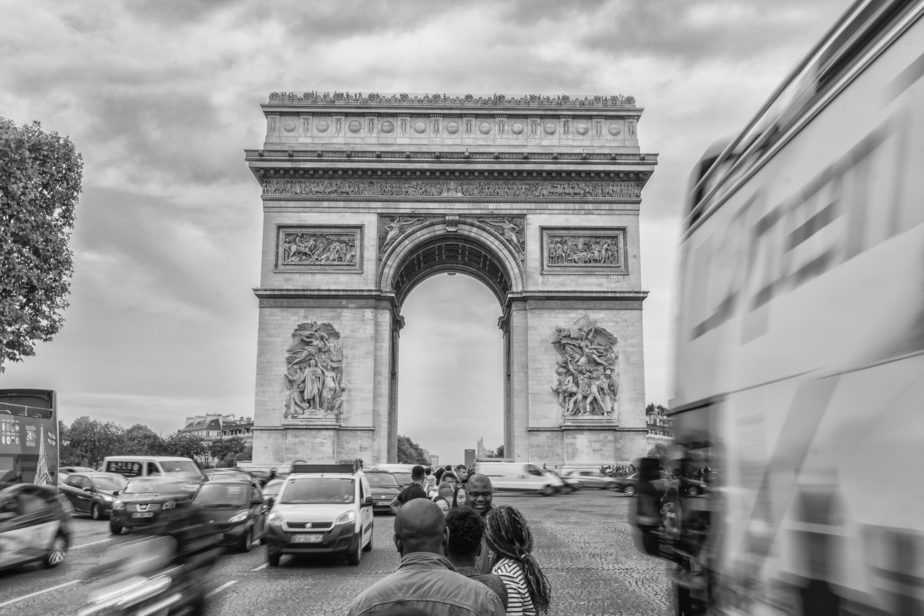 Funny enough, the Arc wasn’t the original design for the center of the Place Charles de Gaulle. Originally, a giant elephant was optioned for the space. It would have three stories within it and visitors would climb up into the guts of the structure for the final view.

Upon rejection of the elephant, the Place Charles de Gaulle saw the construction of this concrete archway that reaches fifty meters into the sky. Four columns hold up the massive rooftop viewing deck that is actually open to the public for visits. 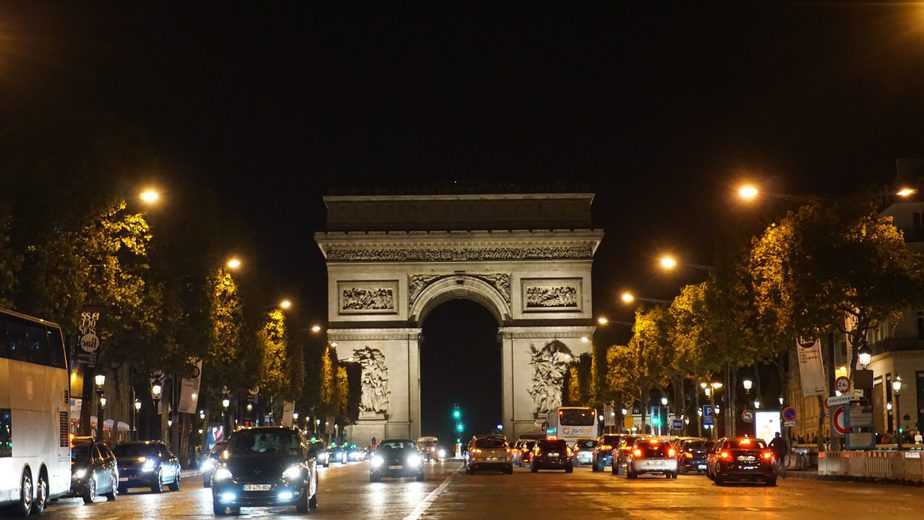 The History of the Arc de Triomphe in Paris

In 1806, Emperor Napoleon was at the peak of his military success, having just seen immense victory at the battle of Austerlitz.

To commemorate this, he commissioned the creation of a grand archway that would sit in the center of the 8th arrondissement. Architects from all over France began submitting their designs; the winner being a man named Jean Chalgrin.

Just laying the foundation for the Arc took two years, and Chalgrin actually passed away in 1811, so the work fell into the hands of another architect named Jean-Nicolas Huyot.

Anxious for the final product, Napoleon famously had a miniature, wooden version of the Arc constructed pending his marriage to Archduchess Marie-Louise of Austria. The pair said their vows beneath the mock-structure, which would unfortunately be the closest Napoleon ever got to the actual Arc de Triomphe. 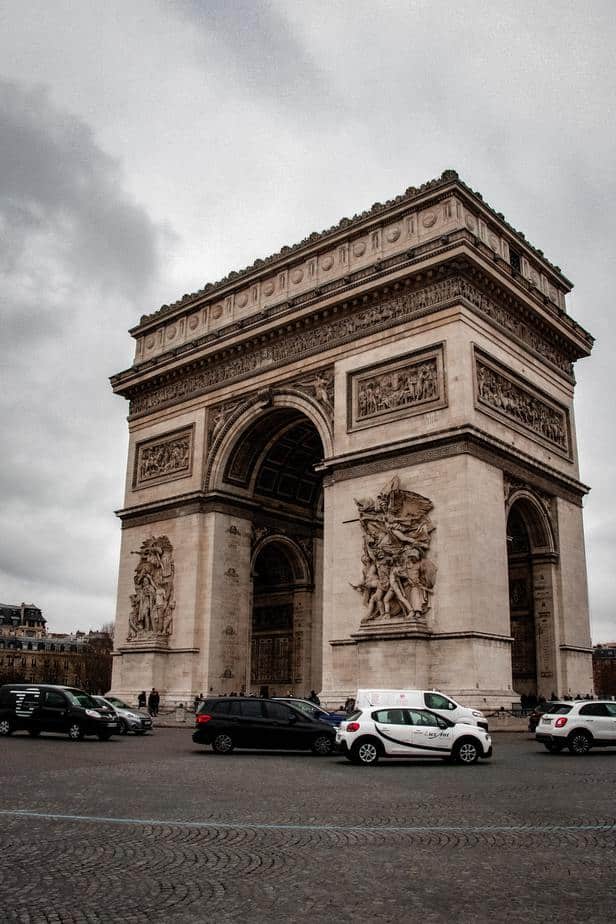 Napoleon passed away in 1821, and the Arc de Triomphe would only see completion in 1836.

Napoleon’s first resting place after death wasn’t in France, but in 1840 his remains were brought back to the country so that he might find final rest in Invalides. When this took place, Napoleon’s body was brought to the Arc and passed under it in ceremony — he finally visited the monument he commissioned all those years ago.

Upon its completion, the Arc de Triomphe became the unofficial official point of gathering for anything military or politically fueled in Paris. Most victory marches and campaigns see troops and civilians assembling beneath the Arc before further parades move through the city streets. 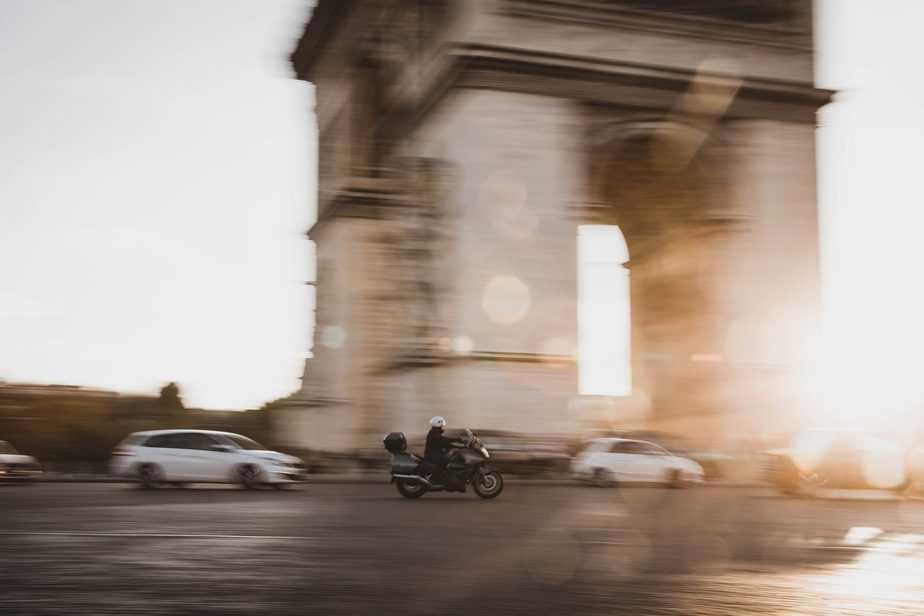 The Arc is also the site of the annual Bastille Day celebrations, as well as the home of the Tomb of the Unknown Soldier. This is where you’ll find the “Eternal Flame”, a flame that burns continuously in memory of all French soldiers who lost their lives in both World Wars.

By the time the 1960s rolled around, the facade of the Arc had become increasingly darker, having absorbed soot and exhaust fumes for so many years. It was bleached from bottom to top between 1965 and 1966.

A Visit to the Arc de Triomphe in Paris

Ultimately, there are two ways to visit the historic Arc de Triomphe.

Those with little interest of seeing the inside of the Arc can simply visit the Place Charles de Gaulle either in a taxi or on foot. A taxi will take you around the traffic circle, and you’ll get to see the Arc from every angle in relatively slow motion.

Walking into the center of the plaza will put you right underneath the Arc. From here, you’ll be able to admire the exterior facade and walk beneath the arches. There are some exquisite battle etchings embedded in each of the four pillars, so seeing them from up close is recommended. 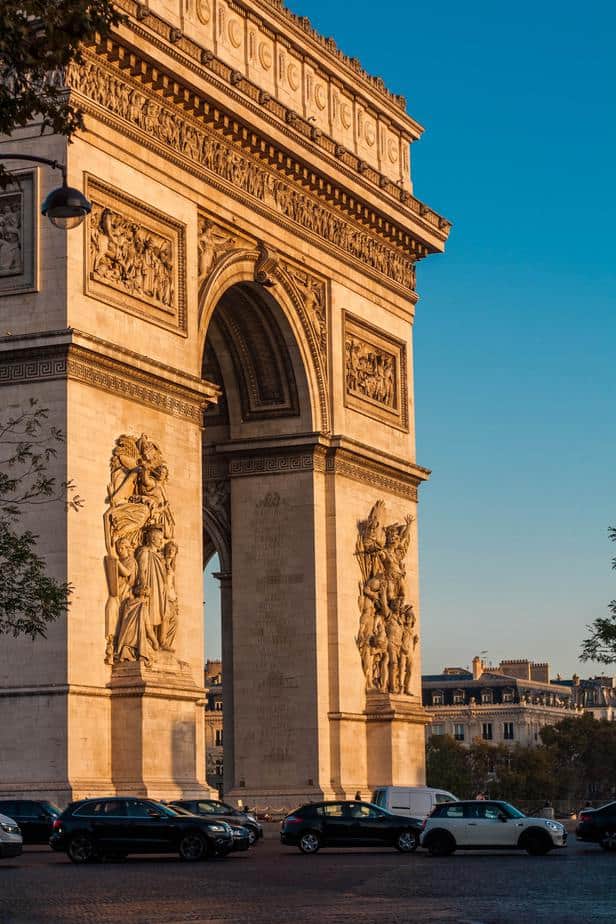 Those who would like to see the inside of the Arc will have to purchase entry tickets at the base. Tickets start at around €14, with discounted rates for children and students.

This gets you access to the entire interior, including the tomb below and the rooftop deck. The deck is accessible via quite an intense flight of stairs — you’ve been warned.

Alternatively, look into the free guided walking tours that go through the 8th arrondissement. You’ll have an informed guide to take you right past the Arc on foot.