Soya - by Soya - Uploaded by them

The organic movement hit Paris well before the vegan/vegetarian one did. As a result, it is estimated that over half of all of the cafes, restaurants, brasseries and bistros in Paris make use of organic produce in one way or another. 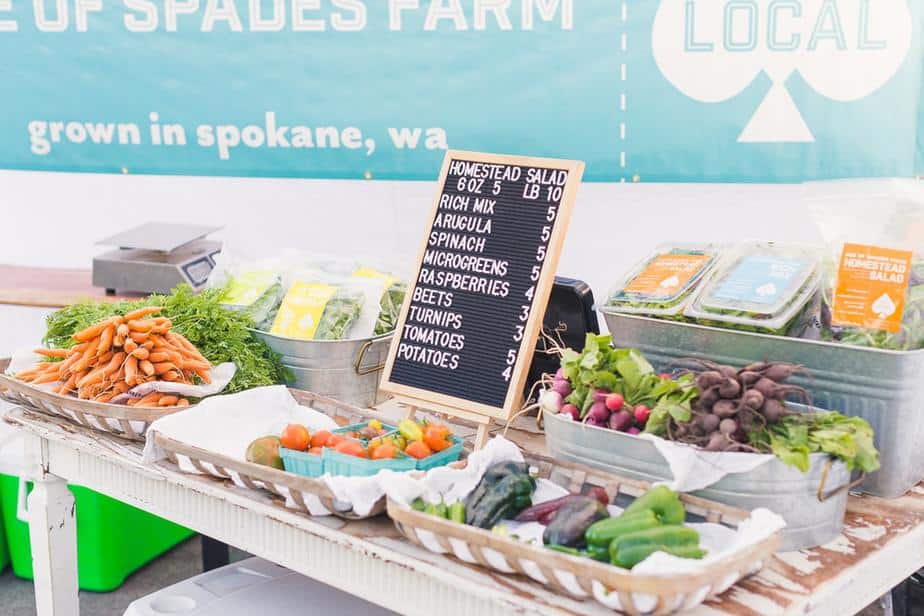 In addition to eating out, many Parisian supermarkets are adopting organic produce sections within their stores which allows one to consume clean foods at home as well.

In Paris, for every genre of cuisine there is an establishment catering it totally organically. Whether you’re hankering for Mexican food or craving sweet crepes, organic is as readily available as non. Here’s the best of the best.

The general concept of a greenhouse involves the coexistence of nature under one roof. This is what this restaurant in the 20th arrondissement has attempted to embody.

The cuisine is difficult to label; you’ll find many Korean inspired dishes, seafood mains and even egg based bowls. Everything from the fruits to the garnish is entirely organic and non-harmful to nature. 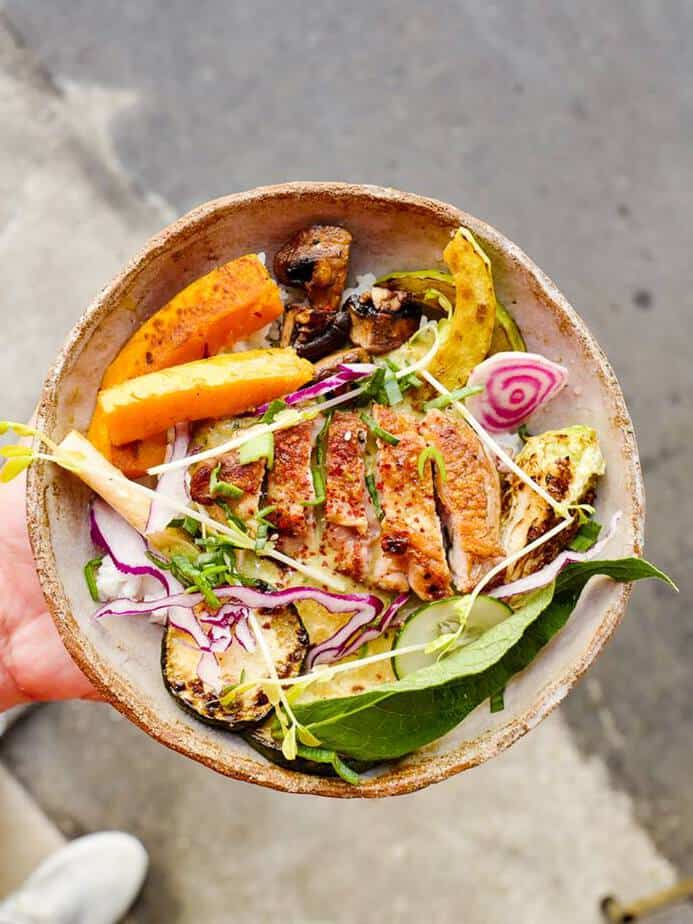 GreenHouse in Paris – by GreenHouse – Sourced from their website

By night, GreeHouse transforms into a restaurant and wine bar hybrid, serving organic wines and beers alongside all their meals. The terrace is the most preferable place to sit at this time as the inside and bar areas can become crowded.

Slightly expensive for a restaurant in this area but entirely understandable when one considered to quality of the foods and beverages being used in this space. It’s always better to pay slightly more for clean foods as opposed to paying for medical bills later on, think about it.

Lebanese food is easy to find in Paris; most of the restaurants are tiny walk-in kiosks from which you choose your mezze dishes from the standing refrigerator that doubles as the cash desk.

Al-Ajami does things slightly differently being so close the the Champs-Élysées . It’s a more upmarket space suitable for sit down dining and proper table service. 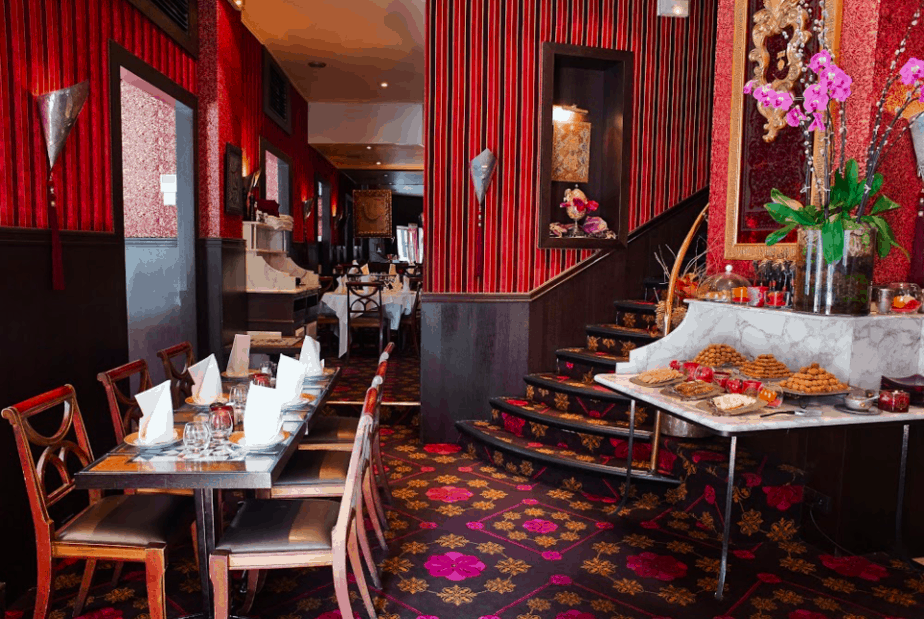 Al-Ajami in Paris – by Al-Ajami – Uploaded by them

Al-Ajami made the decision to go organic a few years ago upon seeing a considerable demand for organic Lebanese food in the city center. A few others have followed suit, but this remains the most central of the options.

Again, slightly pricy but understandable for organic foods and being situated so close to the most expensive street in Paris.

OPENING HOURS: Monday TO Sunday: 12pm to 12am

Mention the word “Nanashi” anywhere in the 3rd or 4th arrondissements and everyone within your direct vicinity will have been there. It’s a favorite for the locals of these parts as well as everyone who regularly flocks into town for Paris Fashion Week; many of the shows take place in venues around the restaurant.

Nanashi is a Japanese fusion restaurant that proudly holds the organic label on all of their ingredients, all the way from their lettuce to their fresh salmon. 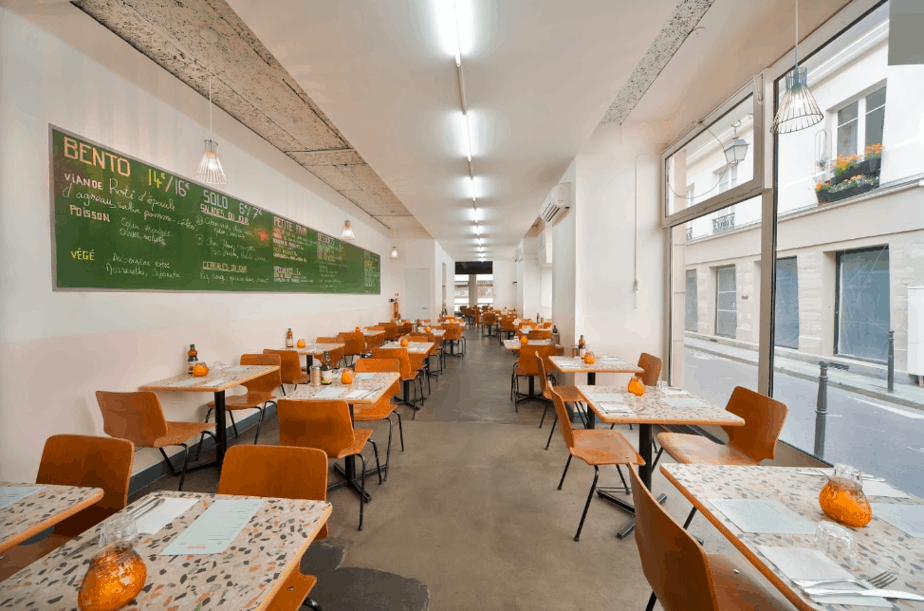 Nanashi in Paris – by Nanashi – Uploaded by them

It’s a “trendy-zen” space, with multiple rooms all packed to the brim with small tables. Meals range between bento boxes, sashimi salads and creative rice paper wraps — it’s a fresh take on the usual Japanese sushi we are used to eating simply to experience this cuisine.

All wines served in Nanashi are also fully organic!

Rose Bakery is a patisserie, grocer and cafe all in one. You’ll find it in southern Pigalle, or So-Pi as locals often call it.

Rose does great brunches, and welcomes guests the rest of the day for coffees, cakes and quiche mains. You can also purchase anything from their deli section, and they offer a full organic grocer store on site as well. 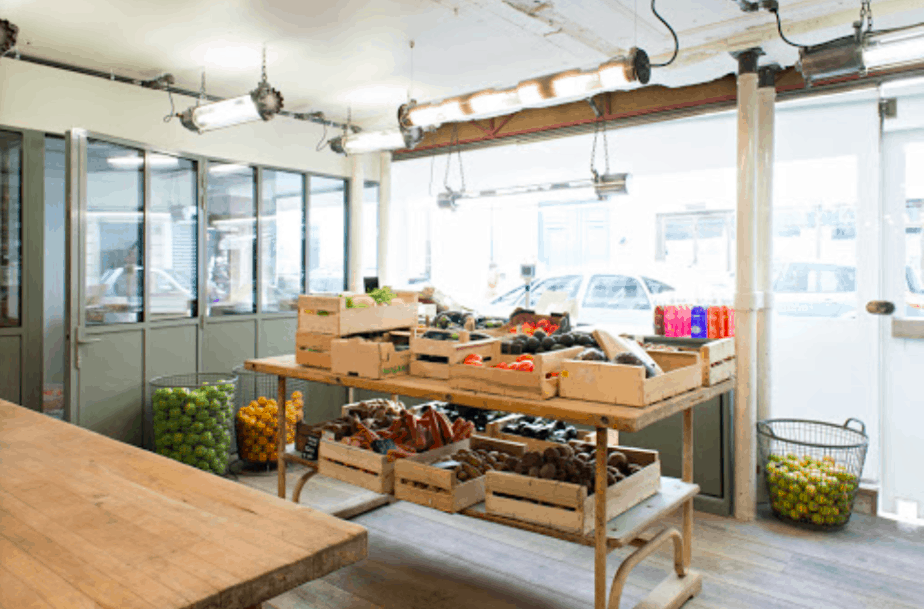 It’s really a one stop organic shop in these parts. On my last visit they were toying with a new recipe for a vegan chocolate banana bread — delicious! Request a slice when you arrive!

What’s great about Rose is that they are vastly different to all the other bakeries in Paris, adopting English baking recipes and techniques rather than the usual French.

OPENING HOURS: Monday TO Sunday: 8am to 6pm

Parisians like to shy away from the term “buffet” and prefer the concept of canteen eating instead. Perhaps there are lingering negative stigmas around buffet spreads in general, and more upmarket establishments would rather not risk the association. 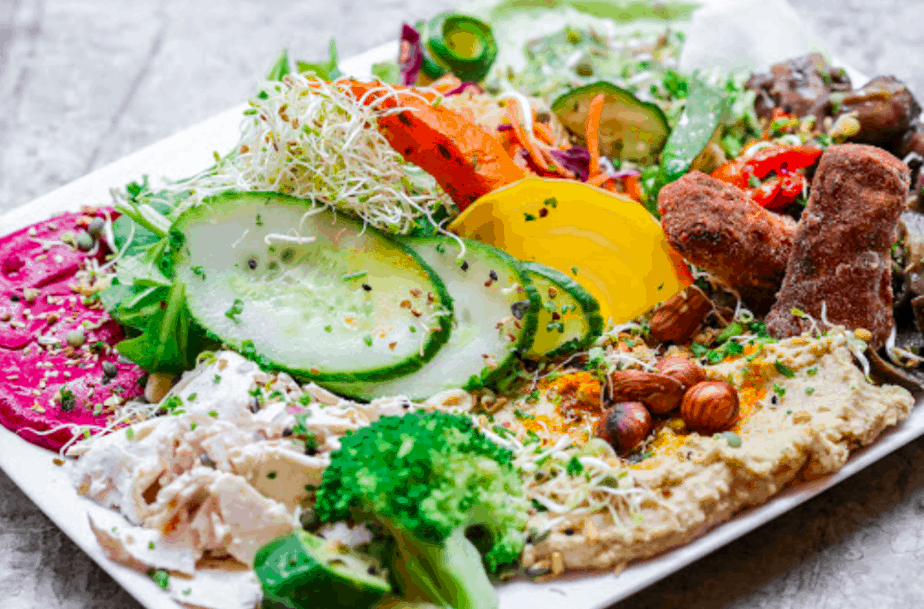 Soya – by Soya – Uploaded by them

Soya is a Parisian canteen near the Canal Saint Martin. Firstly it must be known that the operating house at Soya are perpetually varied and need to be checked on the day you desire to go. Some days they open for lunch and dinner, some days just lunch, other days just dinner, sometimes neither — it’s a whirlwind but worth the trouble.

Inside the canteen you’ll fill your plates with an array of vegan and vegetarian friendly foods all certified organic. The canteen will also make you your choice of dessert after your mains.

Everything is mind blowing, to put it mildly.

It’s all good and well being and organic restaurant, but if your carbon footprint isn’t also being reduced through the waste you produce then what is really being gained?

Yuman understands this, and has created an organic eating space within an entirely environmentally conscious operation. The furniture inside of the eatery are made entirely of recyclables, all water used in the restaurant is filtered, all packaging and waste is recycled, and their produce is delivered daily by tricycle, eliminating their vehicle emissions entirely. 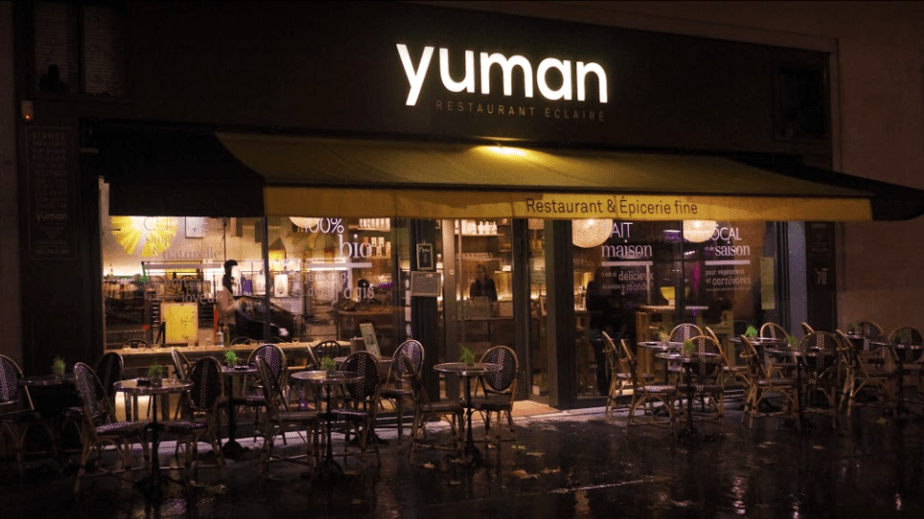 Yuman in Paris – by Yuman – Uploaded by them

Yuman is in the far south of the city right on the bank of the Seine, oppose the Bercy Village. Yes, it’s a journey to get to but when you consider the kind of operation you are supporting its so worth it.

The menu is clean and simple, catering to meat eaters, vegans, vegetarians and gluten free individuals. An inclusive and extremely progressive restaurant in the French capital.

Another establishment slightly ahead of its time, this gastronomy on the left bank of the Canal Saint Martin seeks to take burgers back to their original, homestyle roots, before they became so easily classed as junk food.

The burgers at OBU bring people from around Paris all the way to the canal just to eat them. They are generously portioned, exceptionally juicy and totally organic.

There is a big demand for organic meats in Paris, and Europe in general. OBU brings organic beef patties to the people with topping ingredients to match. Their homemade French Fries are the perfect addition to each meal and you’ll leave feeling hearty and full. 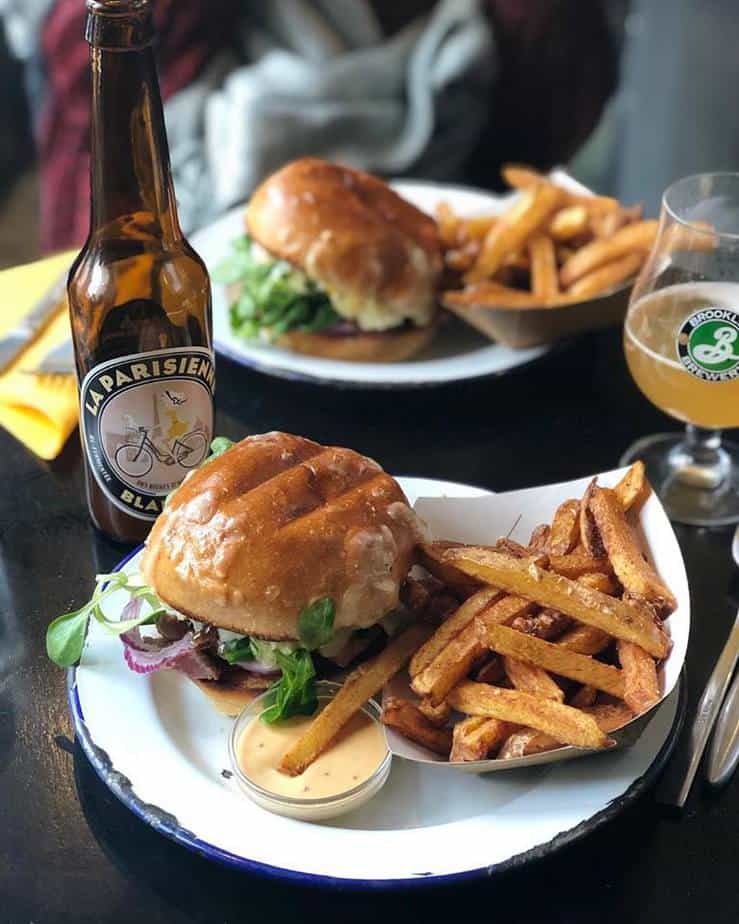 They have one vegetarian option, it is not suitable for vegans as there is cheese inside of the patty. OBU will happily do a patty free burger for plant eaters, simply with their specialty onions, tomato, lettuce, pickles, fries and sauce between the bread.

I am constantly letting the existence of Cafe Bienvenue slip my mind and then kicking myself every time I float past it on a free guided walking tour through le Marais. If I could eat here everyday I would.

The cafe is more of a food sanctuary; a lot of effort has gone into making the space incredibly zen and wholesome. You can dine at regular tables, or laze on a couch, or even climb into the teepee nest suspended from the roof.

The menu is fresh, healthy and organic. Brunch foods are their specialty but meals are available through until 5pm. Their house of operation only extend through Thursday to Sunday.

OPENING HOURS: Thursday TO Sunday: 11am to 5pm

All foods, organic or non, will have a PH scale either above or below 7. The most ideal PH balanced foods for the human body should have a PH minimum of 7, which is considered neutral. Below becomes acidic, above becomes alkaline (which is even better).

PH7 Equilibre is a vegan eatery in the north of the 1st arrondissement that focuses on creating PH balanced meals for their patrons. All ingredients used in the meal prep are natural and organic. 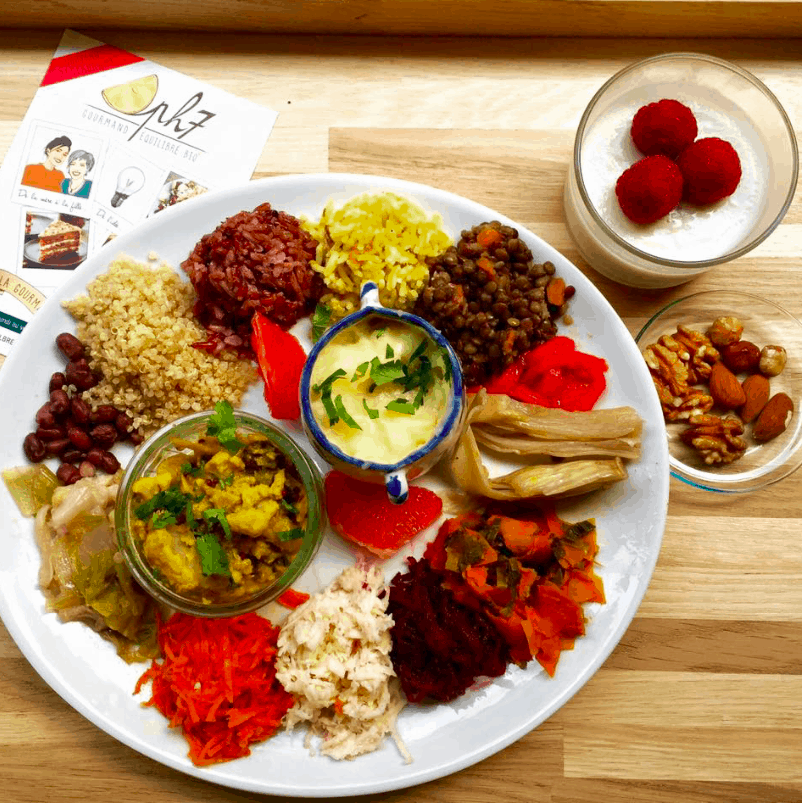 They’ve outdone themselves, if you ask me. Their range of stew/curry plates, veggie bowls and salad options are flavorful while still remaining true the the concept at hand.

Eating PH balanced results in better digestion, less susceptibility to bloating, higher immune function and increased energetic flow. You really are what you eat, PH7 Equilibre will show you that fast!

OPENING HOURS: Monday TO Saturday: 11am to 3pm

Traveling with gluten allergies and Celiac’s disease is probably one of the most stressful experiences out there. Not only are you far from home but everything becomes a potential risk, especially eating at unfamiliar places.

The Biosphère Café is a god-send for individuals who need to eat gluten or lactose free due to sever allergies. The entire restaurants is void of gluten and lactose, as opposed to just a few dishes on the menu as in other restaurants. 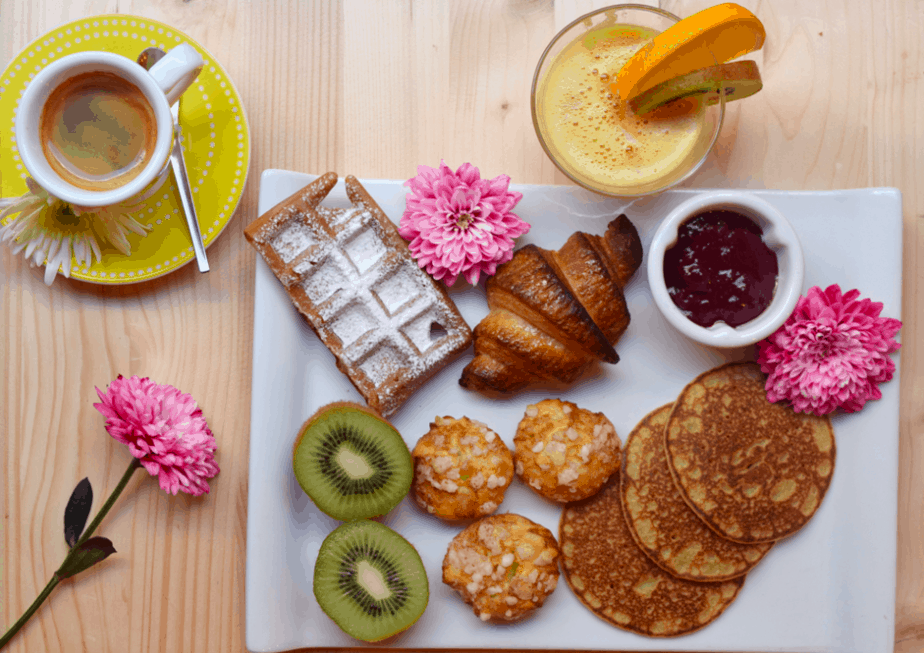 The menu is mostly Italian inspired, with many pizzas and pastas to choose from. They also make gluten free hamburgers, soups, crepes and even macarons. Their desserts are dairy free. All ingredients are entirely organic, including their wines.

A dining experience that is gentle on your body in more ways than one.

The menu at Il Quadrifoglio is extensive and they offer a number of gluten free pizzas and pastas to cater to those in need. This is also one of the only Italian kitchens in Paris that specializes in cocktails as well as wine.

To summarize Il Quadrifoglio; this is the restaurant of choice for all travelers coming to Paris from Italy. It is not only filled with Parisian locals, but with Italian locals as well, which is the best indication for how good the food really is. 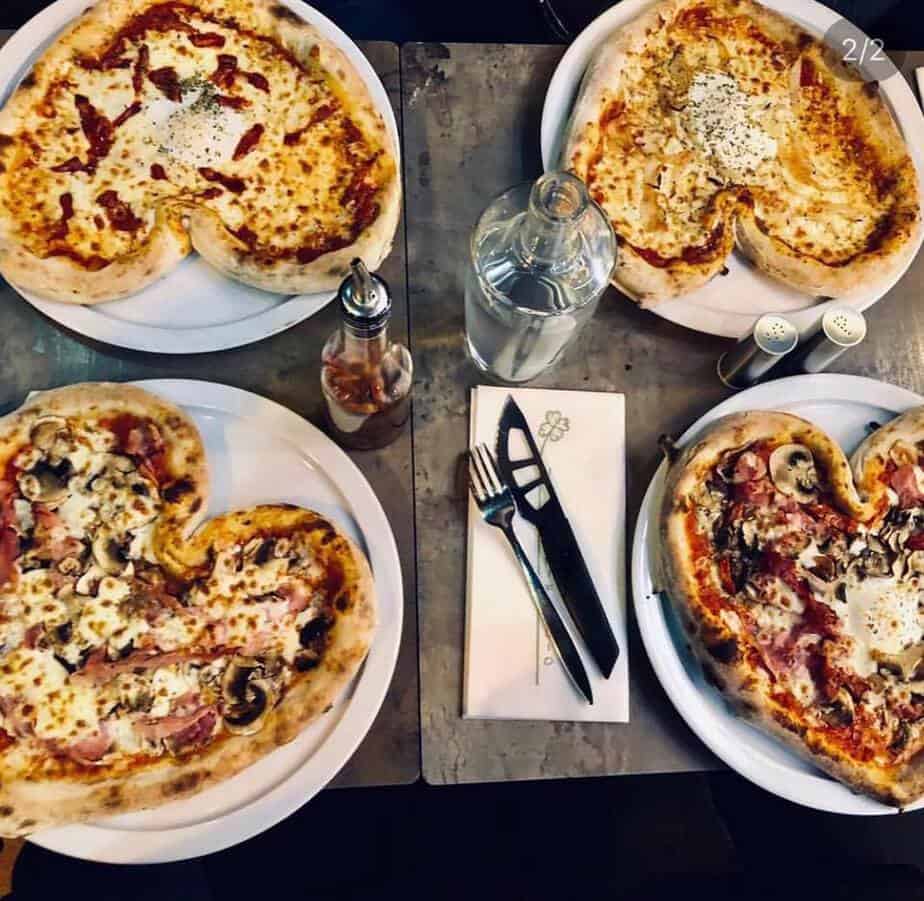 Take note that their lunch service is quite short, on weekends you’ll need a reservation to get in. They don’t open on Sundays or Mondays!

Oh, I should mention their pizzas come heart shaped and are the most Instagrammable pies in all of Paris. I told you they were wholesome!

Note: If you are Celiac be sure to mention this to them so they can keep the gluten free bases//pastas away from the non.