Tanur in Rome - by Tanur - Uploaded by them

Finding halal food in Rome is really not as daunting a task as one might think. Surprisingly, there are even a handful of traditional Italian restaurants who have gone ahead and gotten halal certification to cater to a wider clientele.

The following are the best and most trusted places for halal food around the city. It’s important to go where others have gone before; a restaurant in Rome was not long ago found to have been posing as halal while serving regular meats. Stay informed!

Halal certified Italian cuisine right by the Trevi Fountain — what more could you want?

Luna Caprese is a no-frills little spot for decent pizza and pasta in a neighborhood saturated with tourists and guided walking tours. Quick dining is all the rage here, because everyone wants to get back to the streets as soon as possible for more sightseeing. 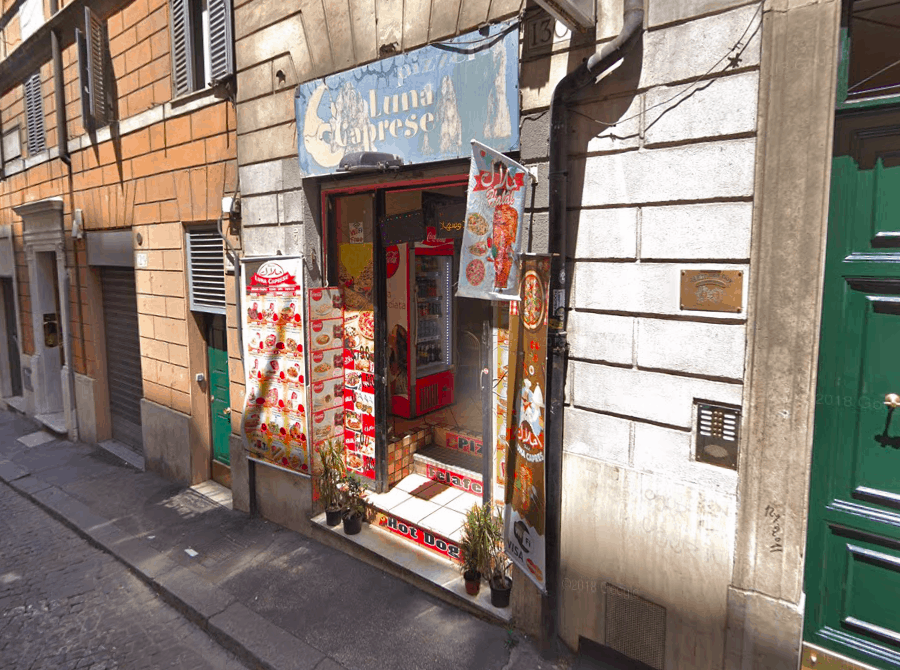 Every single animal product used in Luna Caprese is halal. From the sausage on the pizzas, to the ham in their carbonara. The lasagne remains the star of the show!

Naturally, there is a gelato bar as well for after your meal.

Not only is Himalaya’s Kashmir friendly to halal eaters, they have a very extensive vegan menu as well.

This is traditional Indian cuisine with a few Pakistani dishes thrown into the mix. The food isn’t going to blow you away, and the restaurant is in one of the sketchier parts of Rome; but it’s decent halal food in a city that isn’t necessarily abundant with options. 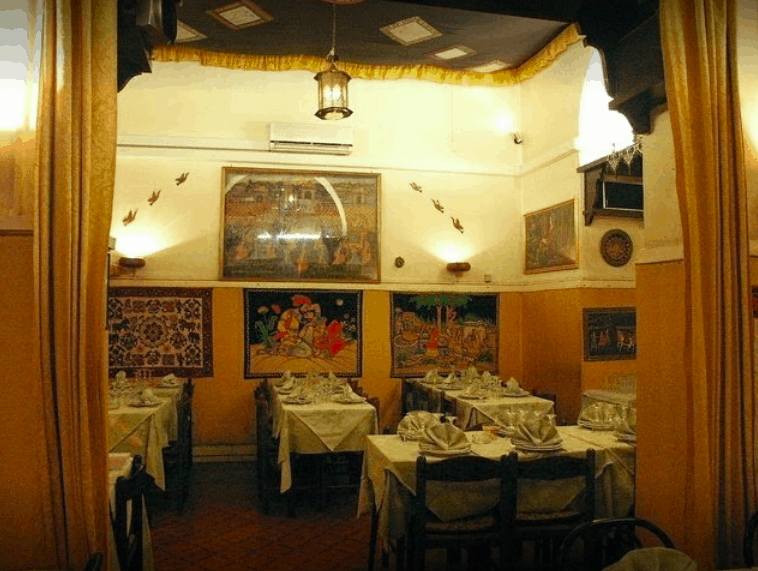 As far as pricing goes, the Indian restaurant next door serves the same food at half the price. The catch being that they don’t offer halal meats. You pick your battles, I guess.

Bills at Himalaya’s are handwritten and often contain mistakes. Double check everything before you pay.

What a treat this next spot is. I only came in search of the best falafel in Rome, and to my delight found a fully authentic, fully halal Arabic eatery right on the edge of the River Tiber.

It seem word has been out about la Via Della Seta Roma on the streets for a while; its always packed, always festive and always welcoming to newcomers. 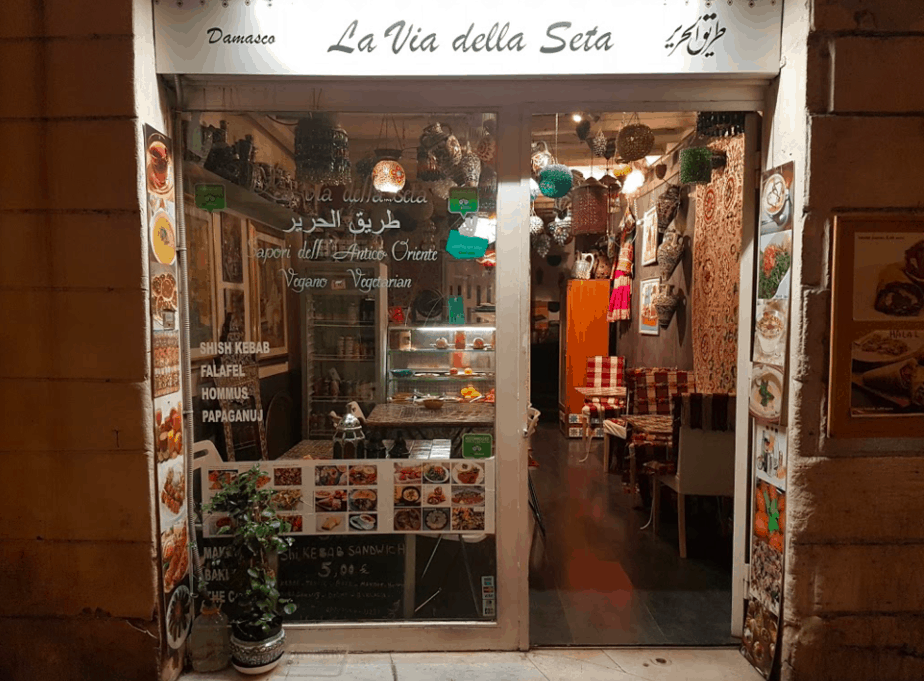 While the falafel was indeed a close contender for best in Rome, the kebabs are what bring in the masses. You’ll need a few plates per person as portions are small.

The restaurant is just a few steps from the beautiful Piazza Navona. They also usually have dining deals available on Groupon Rome, so have a look before you visit!

There is large misconception that Alibaba is one of Rome’s only 24 hour restaurants. Alibaba isn’t actually 24 hours, they do close up for four hours every morning, but close enough, right?

Once you eat here you’ll understand why this Syrian restaurant manages with the hours that it does. It’s one of the most lively, festive and cultural spaces in all the city, showcasing true Syrian cuisine and entertainment on a nightly basis. 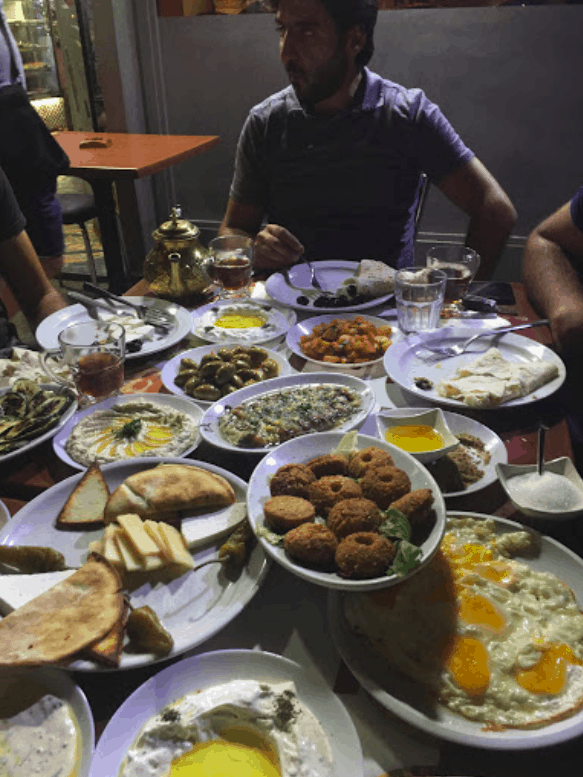 The entire menu is halal. You will not find halal food elsewhere in Rome past midnight, being able to eat here until 6am is really quite remarkable.

The Akra Social Club is a few blocks away; one of the city’s favorite dancehalls. It closes at 3am and a lot of clientele head straight over to Alibaba for some late night dining in Rome.

There are many vegetarian mezze available for non-meat eaters.

OPENING HOURS: Monday to Sunday — 10am to 6am

Syrian and Persian cuisines share a lot of similarities, but also have a lot of differences. Tanur is Persian, and while you won’t be able to eat here at five in the morning, it is a great spot for a bit after a guided walking tour exploring the Trieste area.

It’s a wonderful dining experience; where the food lacks in flavor is completely made up for in hospitality and attention to detail. The fact that you’re having a break from pizza and pasta makes it all the more worthwhile. 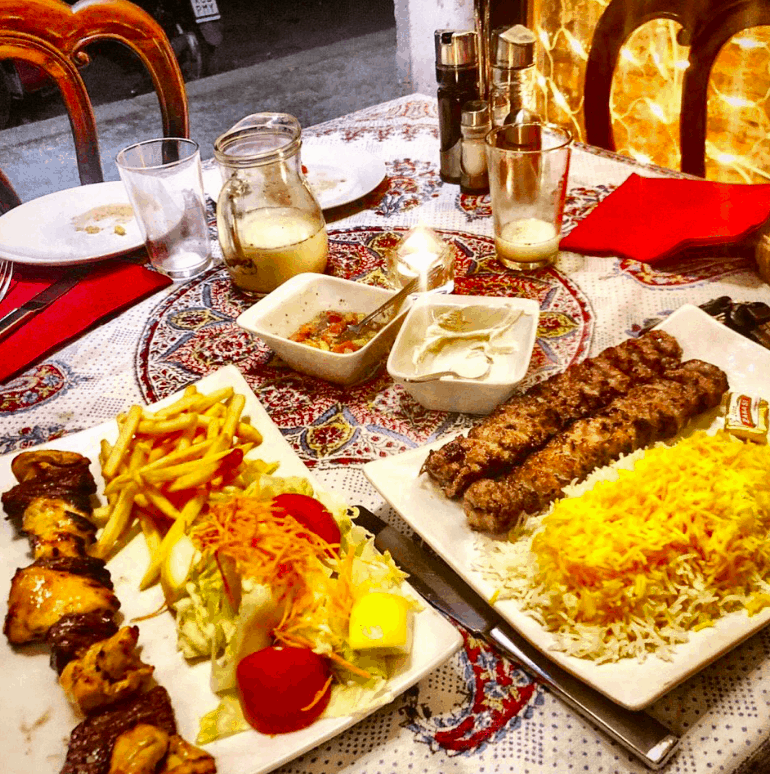 Tanur in Rome – by Tanur – Uploaded by them

Since you’re coming for halal meat, I won’t try and sell you on any of the vegetarian dishes, but I will say that one needs a side portion of their hummus no matter what their main meal is.

Over my travels I have found that just about every European city has but one halal restaurant that goes all in with a menu spanning multiple continents. Peri Peri Halal Grill is Rome’s version.

At Peri Peri one can dine on kebabs, hamburgers, pizza, full chickens, salads, seafood pastas, shawarmas, curries and even roti breads all under one roof. It’s quite astounding how many different cuisines are on this menu, all under the halal certification.

This is the most casual dining space you’ve probably seen your entire trip; don’t judge it on this. The food is actually not bad at all, and very affordably priced!