Tracking Down the Best Falafel in Rome

Tracking Down the Best Falafel in Rome

Compared to other European cities, Rome is actually very limited in its availability of falafel. You usually don’t have to look very far to find this low cost meal, it’s sold standard at most kebab houses that crowd the tourist hubs.

But in Rome the kebab shops focus on meat, meat and more meat. Falafel is sold at a distinct few spots that took me months of exploring to track down. Here they are:

Everyone needs to eat at la Via Della Seta at least once during their trip to Rome, falafel or not. It sits in the bank of the Tiber, right across from where you enter the ancient city by the Vatican.

This is an Arabic eatery, specializing in all of the traditional flavors and dishes from the middle east. They falafel is out of this world, and comes with sides of your choosing including hummus, eggplant dips, baba ganoush and more. 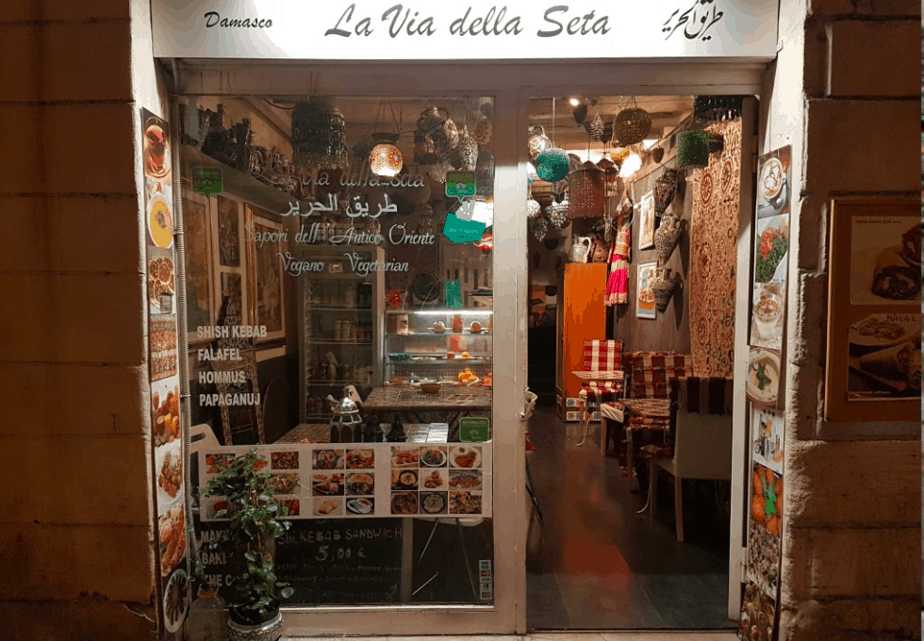 What’s great about falafel dining is that the dish is accidentally vegan; those with strict dietary requirements can eat this food quite easily. Gluten free eaters are encouraged to always check with the kitchen as to whether or not they have used flour as a binding agent during their preparation.

Different restaurants will make their falafel differently deepening on what part of the Middle East they are hailing from. Alì Babà is a Syrian kitchen, and their falafel is prepared traditionally to perfection.

People come from all over Rome to eat kebab at Alì Babà, mostly because they don’t ever close. That’s correct, you can come here at any time, on any day, and purchase the full menu along with table service. An anomaly in Rome. 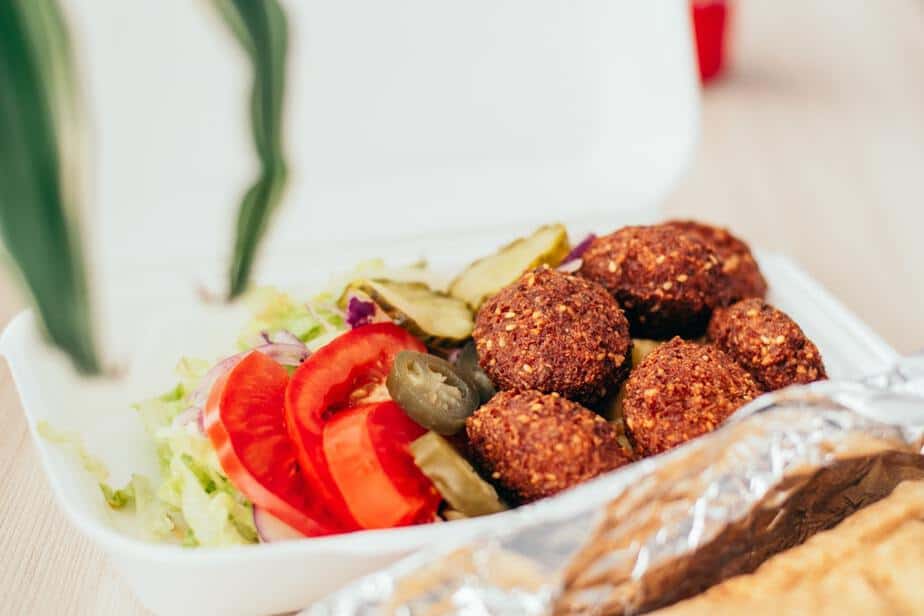 Their falafel is affordable and always generously portioned. You can have it as a plate or in a shawarma.

Make a note of this restaurant for when you stumble out of a Roman bar at 4am in desperate need of something tasty and greasy to soak up the alcohol before bed.

It’s a little different to regular restaurant dining; this is a buffet eatery and you pay based off of the weight of your plate. Everything is 100% plant based and organic where possible. The falafel is offered as part of the buffet, and it really is a matter of catching it as it’s fried or else it can be dry. 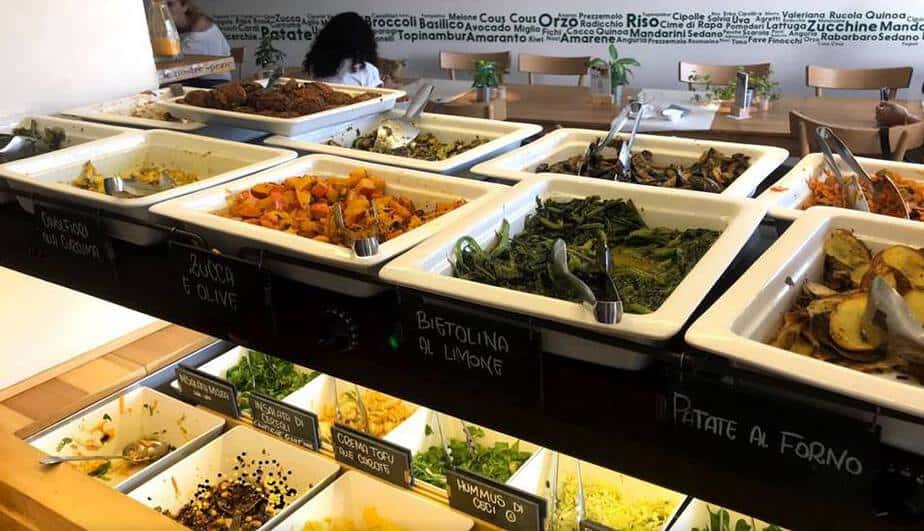 Midday would be the best time for falafel at 100% Bio. Being south of Monti puts you in a prime spot for a guided walking tour post meal. Don’t forget to head across the river as well, the lively Trastevere neighborhood is so close!

I took a moment to myself to silently rejoice when I was dragged to this shawarma store late one evening, expecting there only to be meat. To my delight, Shawarma Station has made an effort to add falafel to their menu — and it’s good!

You’ll eat here for next to nothing. Since it’s situated so close to the Termini train station I usually stop here for a bite whenever I have a late train to catch. 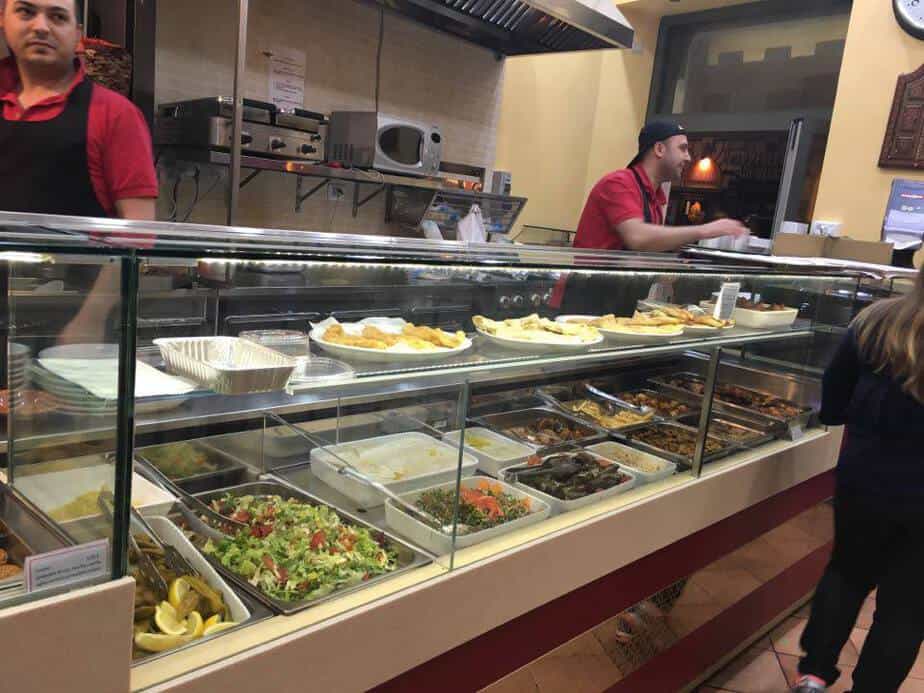 You don’t have to get your falafel in a shawarma, they will happily plate it for you alongside the accompanying veggies if you just request it.

As you can probably tell from the name, BellaCarne wouldn’t be the first stop for a plant eater looking for a quick bite in Monti.

Surprisingly they have added a falafel dish to their menu to give the vegans and vegetarians who land up here something to enjoy. The plate is generous; covered in hummus with the balls of crispy falafel floating on the chickpea ocean. 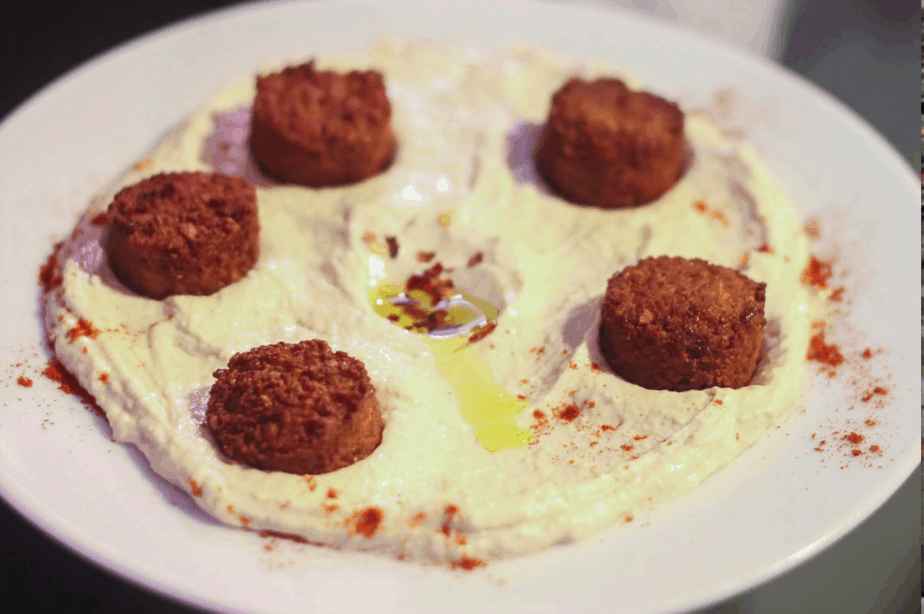 Since it’s just a starter portion, you can order pita and a side salad of your choice to make it into more of a hearty meal. Prices at BellaCarne are very reasonable.

You’d probably only find yourself in the far south of Trastevere if you were on a guided walking tour to see these ancient streets… or if you’d heard about Mezé Bistrot.

Mezé Bistrot is a Middle Eastern and Mediterranean kitchen with a great falafel dish on their menu. It comes as a shareable starter, with eight large balls on a bed of hummus. Again, you can definitely get this as your main and consider adding some salad, pita and the pomegranate eggplants as sides. 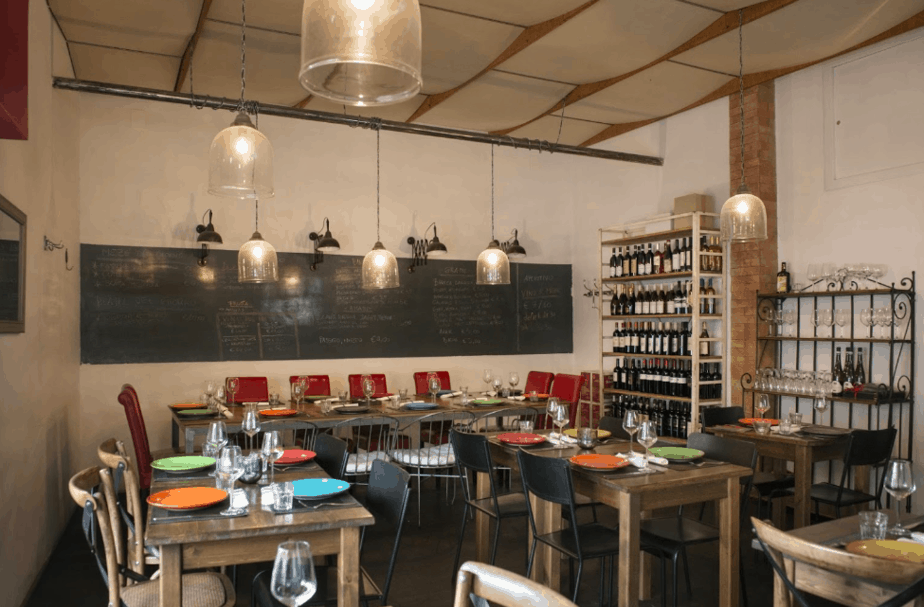 This is a charming little spot, great for intimate dining or first Tinder dates in Rome. You’ll appreciate the prices too.