10 Best Restaurants Near the Moulin Rouge

POJO - by POJO - Uploaded by them

10 Best Restaurants Near the Moulin Rouge

The Moulin Rouge is in Pigalle, the neighborhood any the base of Montmartre hill in the 18th arrondissement.

Both Pigalle and Montmartre are filled with some of the best culinary experiences Paris has to offer. In fact, the amount of places to eat near the Moulin Rouge is quite overwhelming.

The Black Cat is a traditional French eatery right next to the Moulin Rouge, on the adjacent block.

Like the cabaret venue, this restaurant has become a very important attraction to anyone visiting Pigalle for the first time. It helps that the le Chat Noir is open until 5am, daily; and will reopen at 7am the following morning. 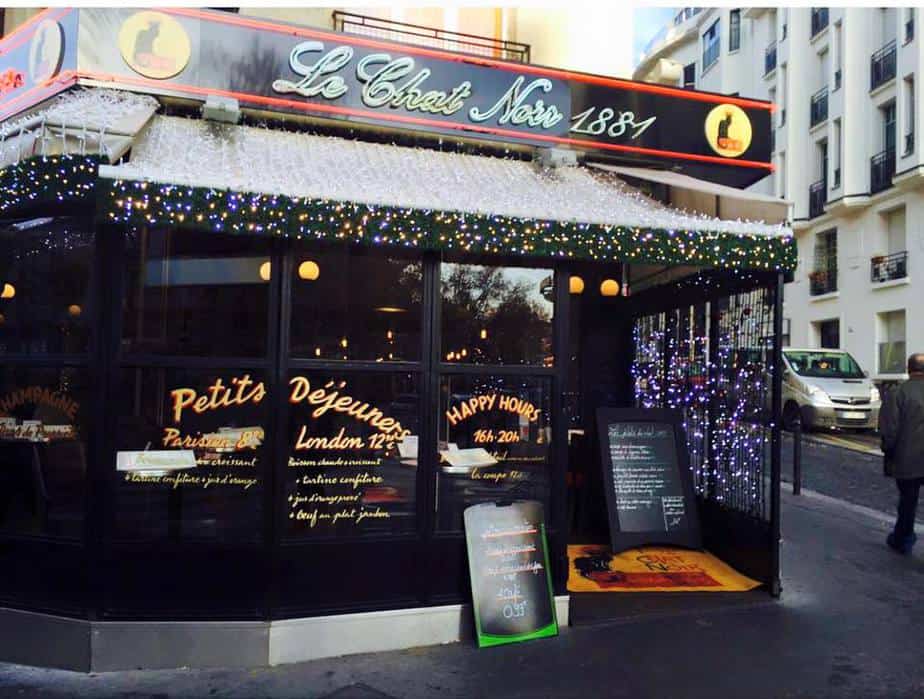 It’s the closest thing to a 24 hour eatery in Montmartre. Somewhere to head to if you ever find yourself craving escargots at 3am.

Opening Hours: Monday to Sunday — 7am to 5am

Les Pinces won’t be open for food at 5am, but they will serve up some tasty gourmet street food during regular hours.

It’s situated just down the side street that the Moulin Rouge shares with its metro stop, Blanche. If you’re a cocktail lover you’ll want to pay this spot a visit! 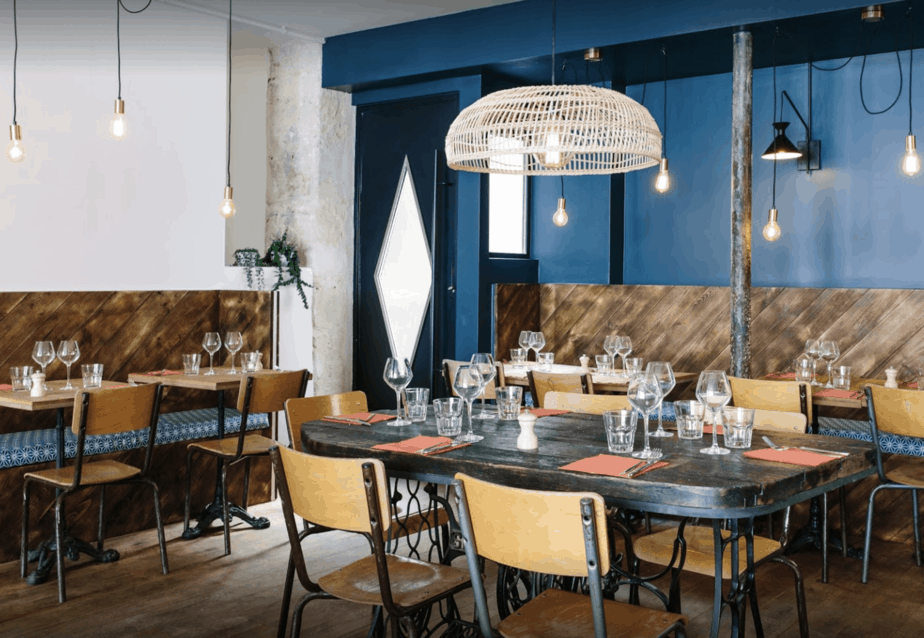 3. Pépone Café near the Moulin Rouge

In the opposite side street, Pépone Café is the area’s token Italian spot.

Great for pizza and pasta, Pépone Café also has a bunch of ready made meal options behind the counter like salad, ravioli and baked goods.

Also, if you request your pizza be made in a heart shape, they will do it!

The Bar À Bulles is a hidden gem, and I only tell a few people about it each year. You’re in luck!

This is the bar and restaurant facility that is built into the upper level of the Moulin Rouge building. It’s technically situated “around back”, and the terrace almost touches the big red windmill that crowns the cabaret. 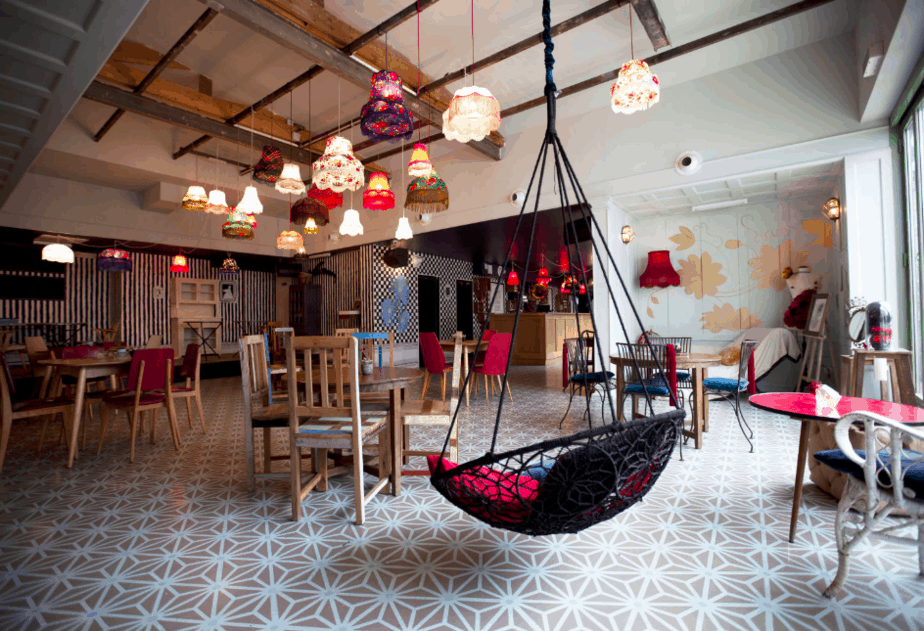 5. Tsubame near the Moulin Rouge

When I want something a bit calmer, and more intimate, I head to Tsubame across the road from the venue.

This is a Japanese eatery, and the food will make you browse flights to Tokyo right there at the table (I’ve seen it).

Opt for one of their combo boxes if you’re struggling with what to order! I would also recommend making a reservation.

6. POJO near the Moulin Rouge

Pigalle is by no means my preferred hangout neighborhood in Paris, but I do love any excuse to come to POJO.

There is something about this charming cafe/bistro that makes me want to sit and delve into deep philosophical conversation with strangers until late in the evening. One can do so, too, since POJO is open until 2am nightly. 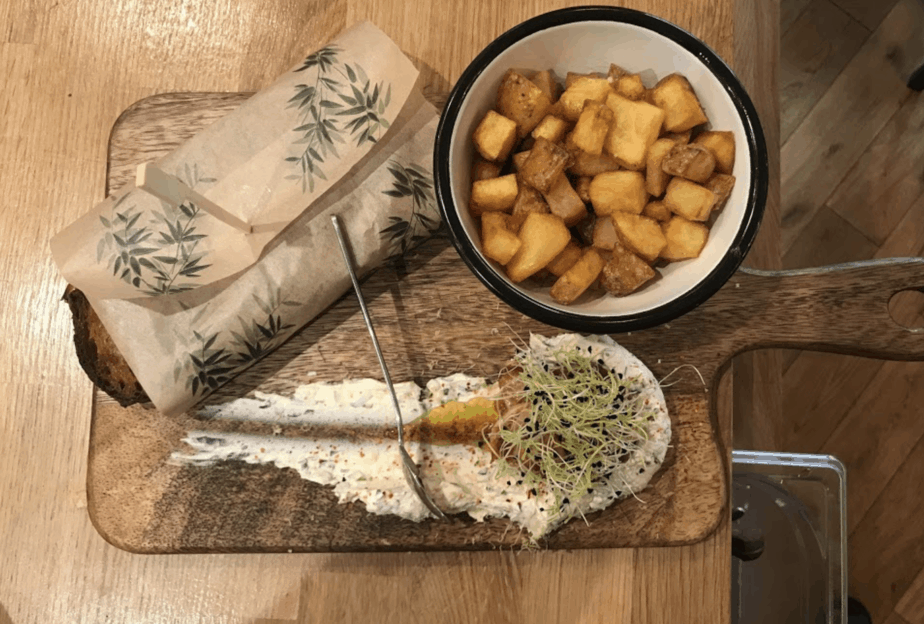 POJO – by POJO – Uploaded by them

7. Le Dulcinéa near the Moulin Rouge

Families with kids in need of somewhere to eat near the Moulin Rouge will love Le Dulcinéa.

It’s a wholesome space with a menu suitable for people of all ages. One can just as easily dine here with a toddler as they can have an intimate dinner with a loved one. 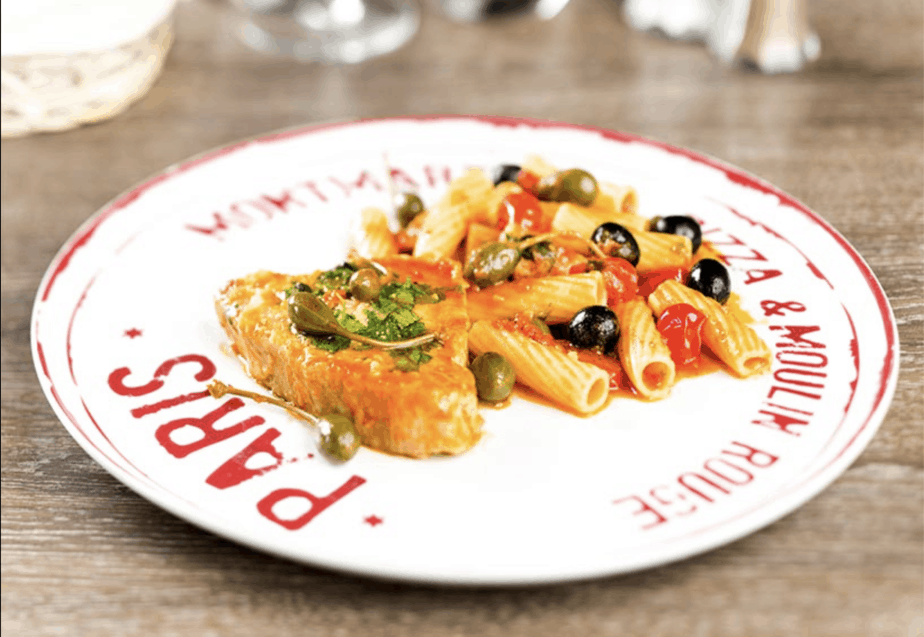 Few people realize just how close the Restaurant Amelie is to the Moulin Rouge. It’s just one road up, and is a tourist attraction of its own thanks to the hit film by the same name.

Restaurant Amelie is a diner-style space filled with memorabilia from the Amelie film. The staff also stay in character (most of the time) adding to your dining experience.

It’s a great spot for brunch, but they do stay open for late night dining as well. 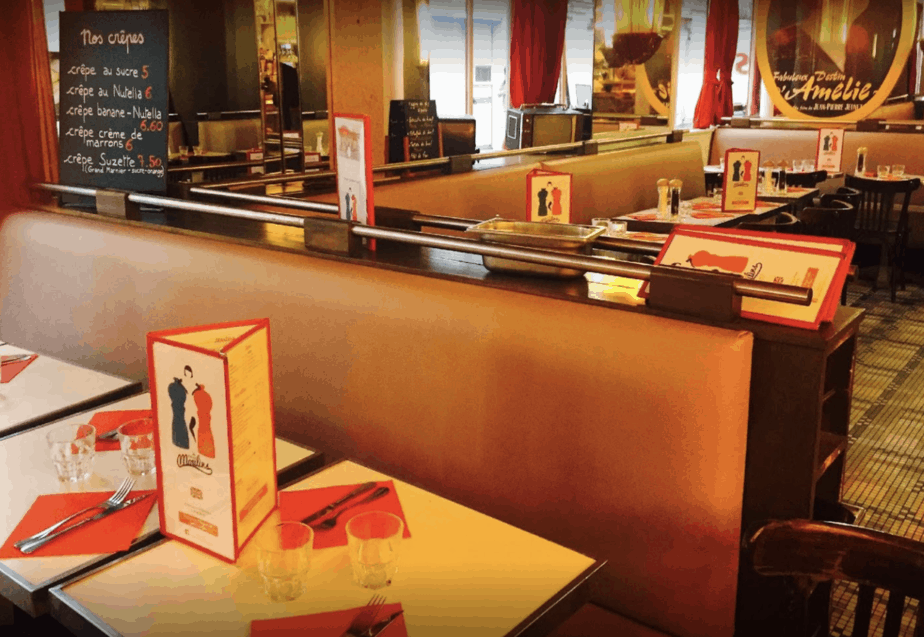 9. Marinisa near the Moulin Rouge

Marinisa was the first restaurant I ever ate in near the Moulin Rouge. I was headed to a concert at la Cigale just down the block.

This is authentic Indian cuisine, run by the most wonderful Indian man who will be your best friend for the duration of the meal. To this day I can’t recall exactly what I ate; a potato curry of sort with some tasty naan — either way it was one of my fondest Pigalle dining experiences! 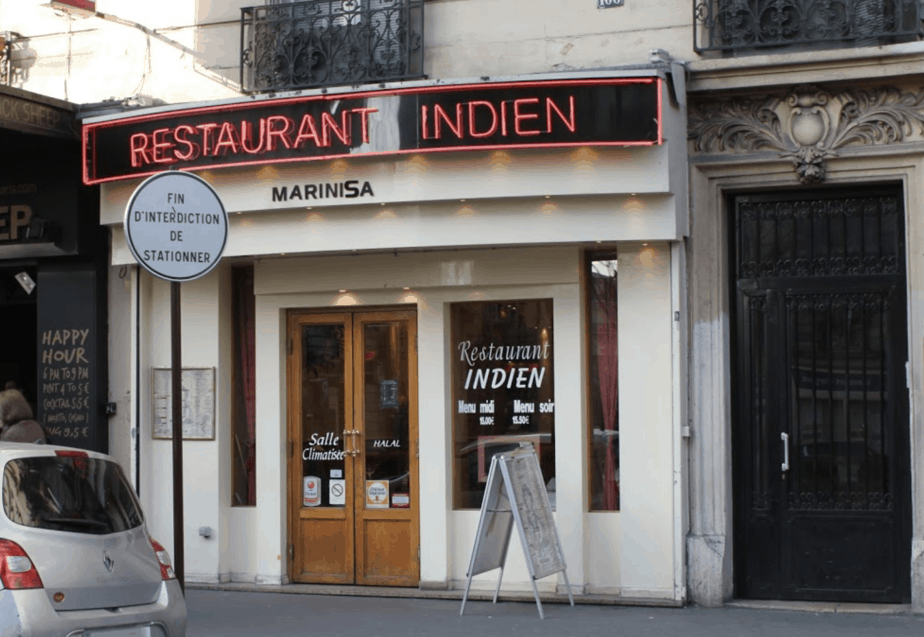 10. Bel-Ami near the Moulin Rouge

Bel-Ami is on the corner of the main road upon which the Moulin Rouge sits. It’s somewhat of an ‘all in one’ experience; breakfast, brunch, lunch, dinner, drinks and late night dining take place here. Bel-Ami only closes at 4am, daily.

Whether you fancy a breakfast plate, a bowl of noodles, a creative cocktail, or even a pizza — Bel-Ami is the place. 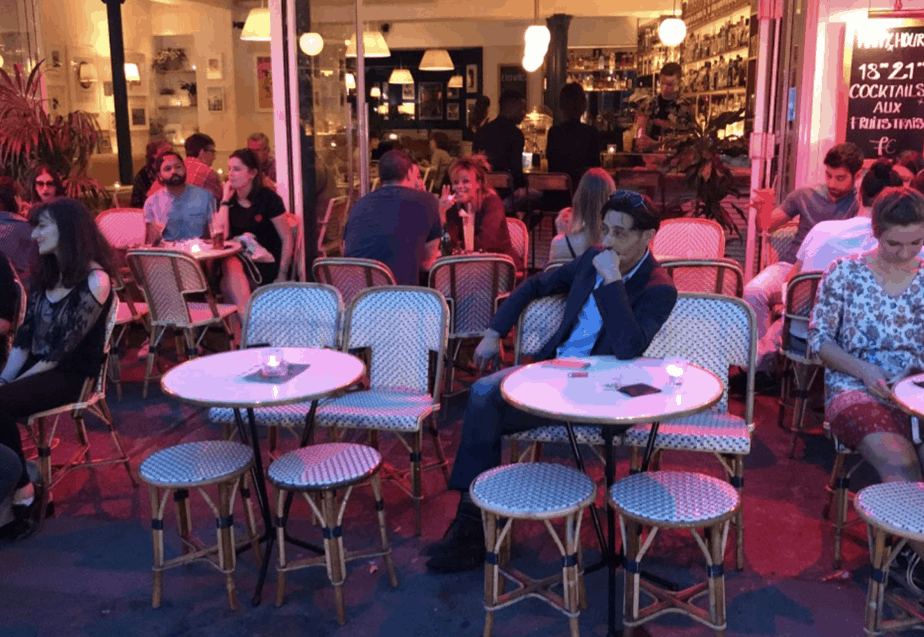 Opening Hours: Monday to Sunday — 8am to 4am