10 Best Cafes near the Champs-Elysées 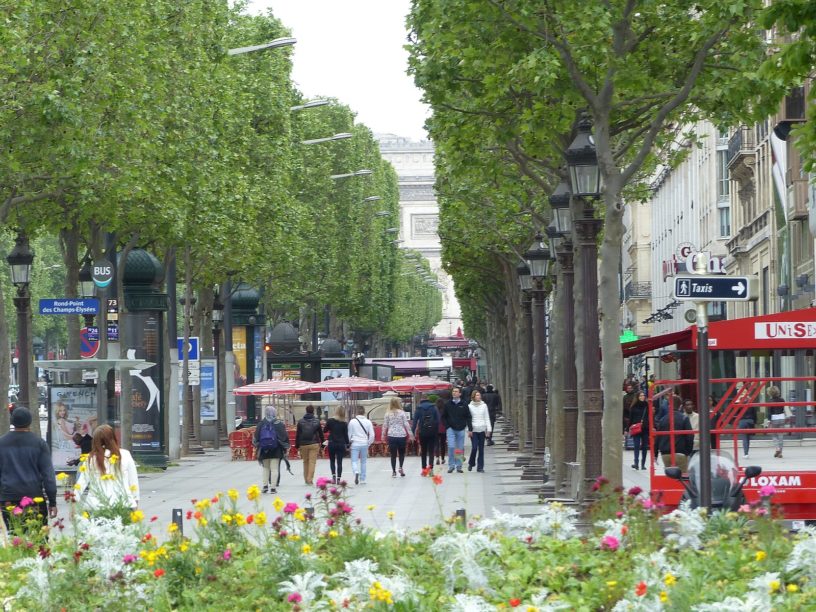 10 Best Cafes near the Champs-Elysées

After a long day on the iconic Champs Elysees, there are few things more enjoyable than sliding into a nearby cafe for a hot cup of coffee, and a slice of something sweet or a generous savory meal.

Here’s my take on the best cafes in this area, in no particular order:

1. Café Belloy near the Champs-Elysées

Cafe Belloy is known for being one of the best cafes near the Arc de Triomphe, and is within walking distance of both the monument and the Champs Elysees. 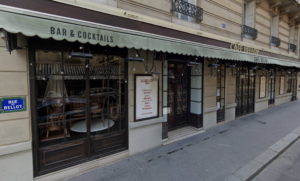 It’s a warmly lit, old school space that has that “local Parisian” energy, despite being in the heart of an undeniable tourist trap. The cuisine is traditional French, and you can come here virtually any time of day to enjoy the full menu.

15 Best Things to Do Near the Champs Elysees in Paris

OPENING HOURS: Monday TO Sunday — 7am to 2am

2. L’Arc Café near the Champs-Elysées

Another renowned cafe space near the northern edge of the Arc de Triomphe, and considered a hidden gem to locals. L’Arc has that big-Parisian-cafe-energy and is extremely ambient, year round. 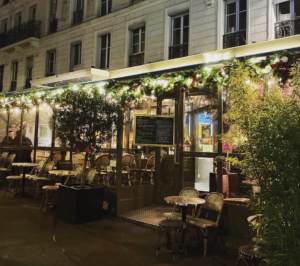 Come for cakes, coffees, and any classic French dish you can think of. Escargot, anyone?

OPENING HOURS: Monday TO Sunday — 7am to 12am

3. Idéal Bar near the Champs-Elysées

A petite French cafe with a vibrant bar area; perfectly priced and portioned, with a cozy ambiance that makes you want to lose hours of your life between these 4 walls.

If you’re a fan of virgin cocktails, they make some of the best in Paris. Same goes for homemade desserts…

OPENING HOURS: Monday TO Saturday — 6am to 12am

4. Fleurus Café near the Champs-Elysées

An upmarket cafe with an inclusive, yet traditional, menu. If you’re craving staple dishes like French onion soup, risotto and hamburgers then I would recommend dropping in. Fleurus Cafe also has two impressive vegan dishes on the menu, made with Beyond Meat.

10 Vegan Restaurants You Should Try in Paris Tonight

OPENING HOURS: Monday to Saturday — 7am to 12am

An early morning on the Champs Elysees calls for a delicious rest and refuel around brunch-time. This is when you pull up a street-side chair at Cafe le Carre Elysee, order yourself a croquet madame, and people watch the vibrant chaos that surrounds.

OPENING HOURS: Monday TO Sunday — 7am to 12am

6. Ladurée near the Champs-Elysées

For some reason, when I am near a tourist-heavy location in Paris, I always get a sensational craving for local treats — such as croissants or macarons. 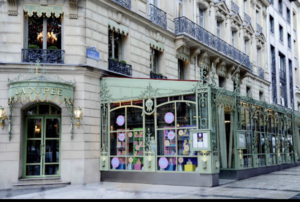 Ladurée – by Ladurée – Uploaded by them

Luckily, Laudree is never far from these spots, and where you can get some of the best sweet treats in a cozy cafe setting. Grab a box of freshly baked goods to go, and enjoy the rest of your day on the strip.

The 6 Best Places to Find Macarons in Paris

7. Pret A Manger near the Champs-Elysées

When you need food to-go, every second counts; especially when you’re in one of the busiest neighborhoods in all of the French capital. Having a trusty Pret nearby means over the counter service, ready made meals and fresh, hot coffee.

Always try the soup (if it is available)!

8. Café Blanc near the Champs-Elysées

Cafe Blanc is on the easternmost end of the Champs Elysees, almost right where the district itself turns into les Halles. 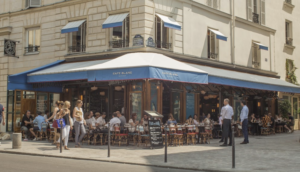 This is a classic Parisian bistro-setting, with cafe fare and rows of outdoor seating where one can enjoy the surrounds. The offer memorable service, which is hard to say about any traditional cafe in this neck of the woods.

The Best French Cafes near the Eiffel Tower

OPENING HOURS: Monday TO Sunday — 7am to 2am

I love this cafe, and have no single reason as to why. It’s probably the bright red setting, combined with the energy of the staff, the dynamic range of menu options and the way the space comes to life after the sun goes down.

There is something special about this French cafe — definitely pop in for a drink or two if you’ve had a long day on the Champs Elysees.

10. Bagel Corner near the Champs-Elysées

If you think I’m ending this roundup without at least one spot where bagels are served in abundance — think again. 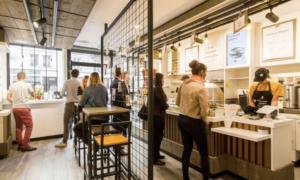 Finding decent bagels in Paris is easy, but finding those that could actually compete with New York bagels is almost impossible. Bagel Corner does the latter, and its the reason why even American tourists come to eat here.

Options for vegans and vegetarians are available.

The Best Fast Foods in Paris

OPENING HOURS: Monday TO Saturday — 8am to 3pm