10 Vegan Restaurants in Paris You Should Try Tonight 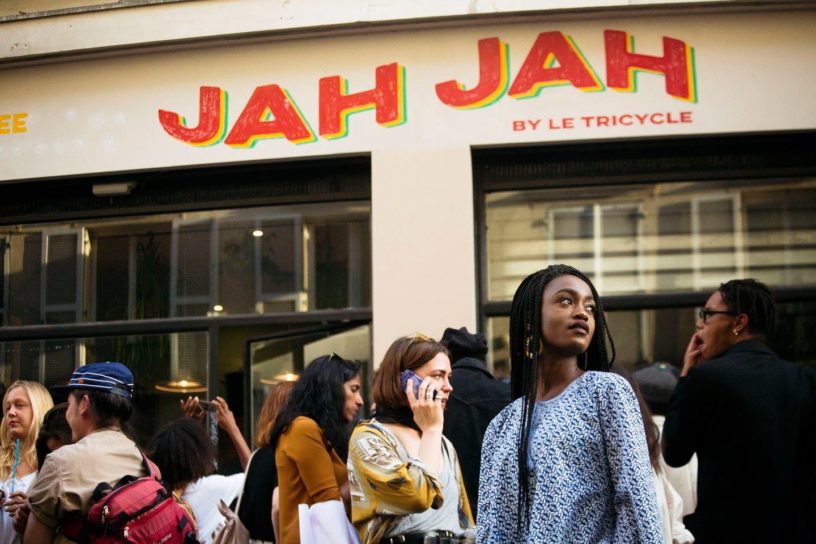 10 Vegan Restaurants in Paris You Should Try Tonight

Paris’ vegan community is constantly growing, and the restaurant industry is evolving to cater to the demand. Paris is fast becoming one of the most vegan friendly cities in Europe; I believe it may even overtake London in the next few years.

Where to eat vegan in the city tonight? I’ll give you ten great spots!

I think about Janine Loves Sunday at least once a day. Any excuse to take someone to eat here and I’m in. 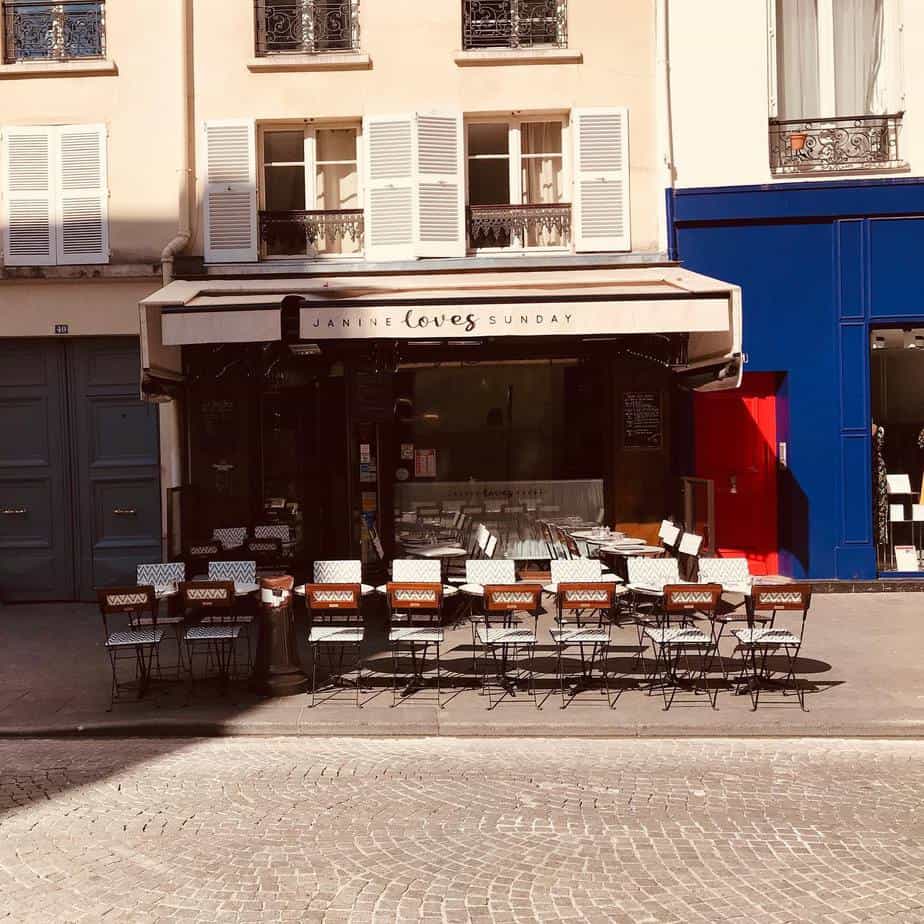 It’s the city’s first fully began bistro. The menu is varied between pizzas, Pad Thai, soups, grilled veggies and more. They also have the most phenomenal vegan dessert menu offering around ten different treats including a fudge sundae, chocolate brownie with ice cream and even waffles.

I recommend a dinner dining experience at one of the tables on the street.

Amongst locals, Jah Jah is considered vegan Jamaican food. I find there to be a strong Asian influence on the dishes, too.

It’s fast becoming one of the most popular vegan restaurants in the city. It’s the second location for an existing spot called le Tricycle. The menus are very different, but owners and intent remain the same. 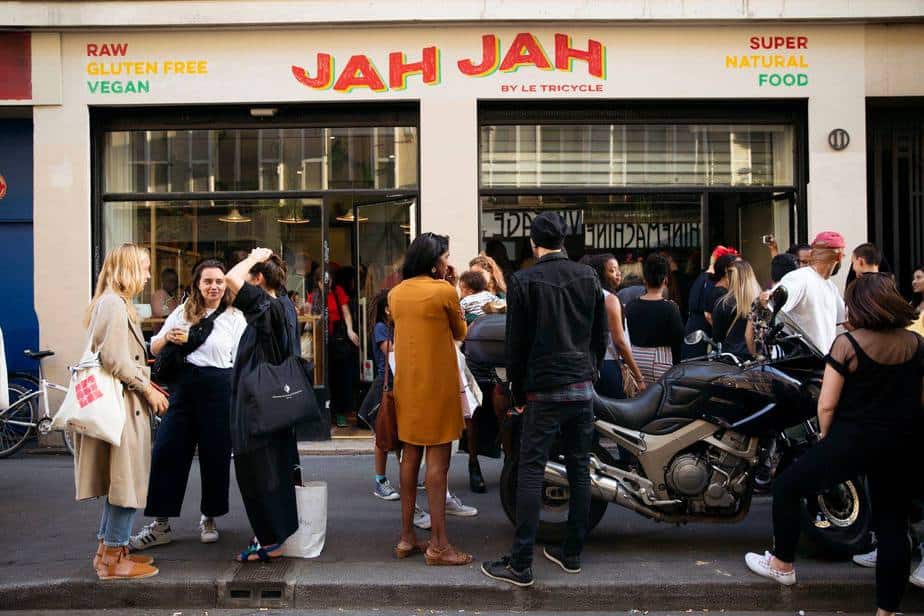 Le Potager du Marais in Paris is a hidden gem in le Marais. The restaurant owners have taken a traditional menu of French cuisine and adapted each dish to be one hundred percent vegan.

You’ll eat stews, crepes, creme brûlée, and even a vegan rendition of what seems like some sort of steak tartare. Try the French onion soup!

Bodhi Vegan is a Chinese eatery who have also adapted a traditional menu to not require any dairy or meat in the making of.

This is a big deal for the vegan community, because Chinese cuisine is largely inaccessible for plant eaters unless you’re happy to only eat vegetable fried rice without the egg.

At Bodhi Vegan you’ll even eat authentic Chinese fish dishes! The owner knows what he is doing — he’s been eating vegan for over 25 years now! 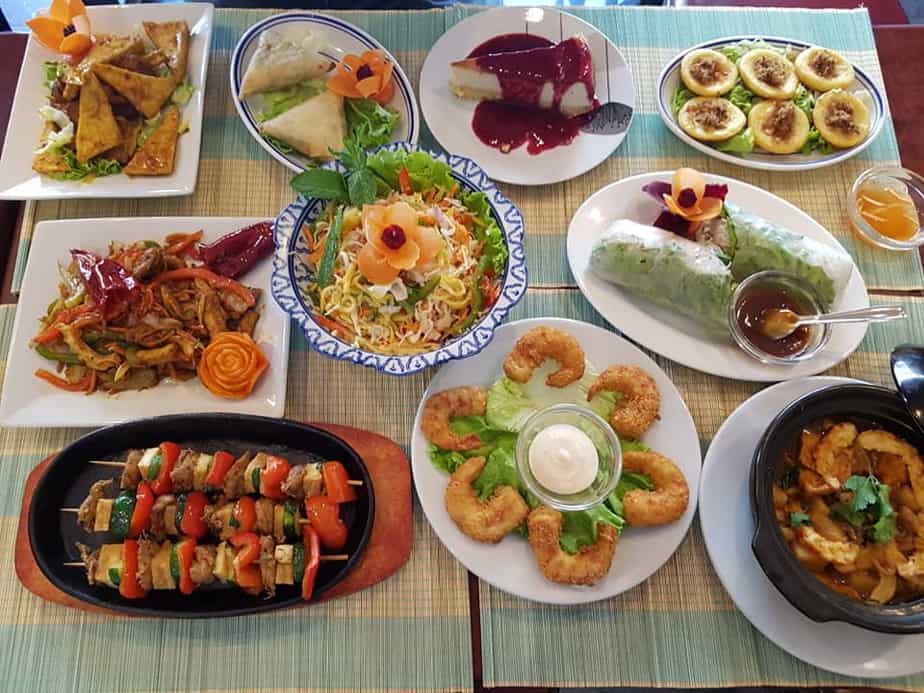 Abattoir Végétal is situated in Montmartre, close to the Sacre Coeur. This is the best spot for vegan food in this areas and the restaurant is an unexpected surprise.

Service is sometimes slow, especially during lunch service when they are seemingly understaffed. Dinner dining is better and the space is a whimsical, plant filled sanctuary.

Meals range from gourmet hotdogs and burgers, to falafel and homemade soup bowls. 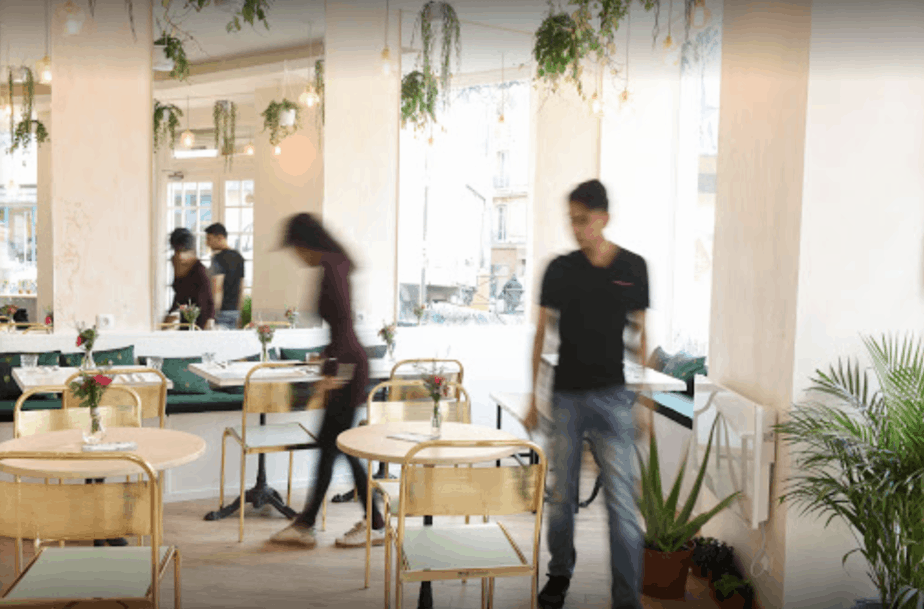 Maisie Café is close to the Louvre Museum in the 1st arrondissement. It’s a Thai inspired meal, with a range of light snacks available as well.

Because of the neighborhood, the food is quite pricy. They are also only open until 6pm, so don’t take this spot literally when I say “dine here tonight”. 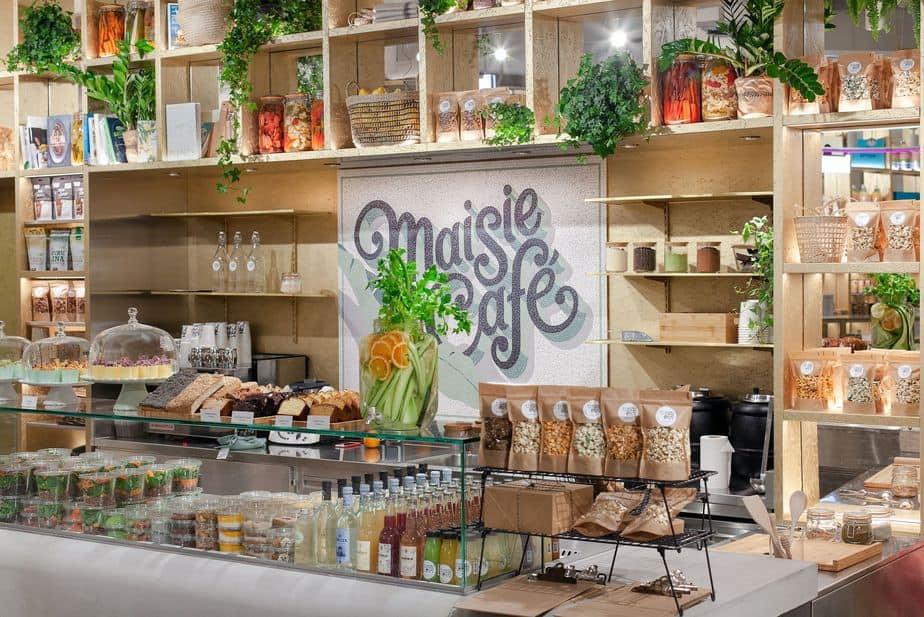 Opening Hours: Monday to Saturday — 9am to 6pm

The French will put butter and cheese onto just about anything; it’s so ingrained in the history of their cuisine, that switching to a dairy free diet is quite a wild notion.

Local Parisians who are slowly coming around to the movement toward a healthier lifestyle will be the first ones to recommend 42 Degrés. This is gourmet vegan food; dishes worthy of fine dining status but being served in a modest space in the 10th arrondissement. 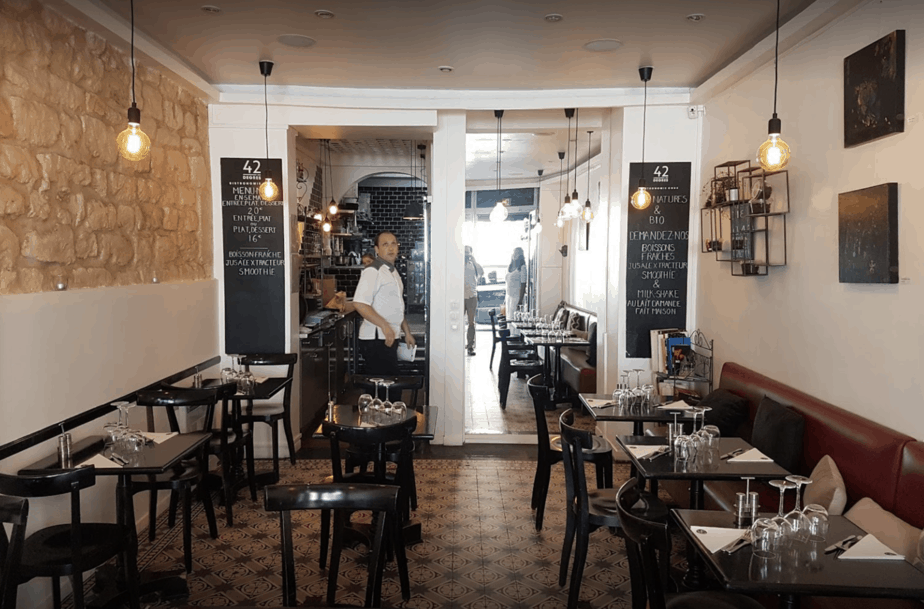 Sol Semilla is on the Left Bank of the Canal Saint Martin. It’s the bright blue eatery that looks like it should serve Greek cuisine, but alas we have a vegan only menu!

Gluten free eaters are taken care of at Sol Semilla, with most items on the menu friendly to the diet. The kitchen will also prepare the dishes separately to anything that could cause cross contamination.

A great spot to grab some food to-go and then eat it on the edge of the canal outside. 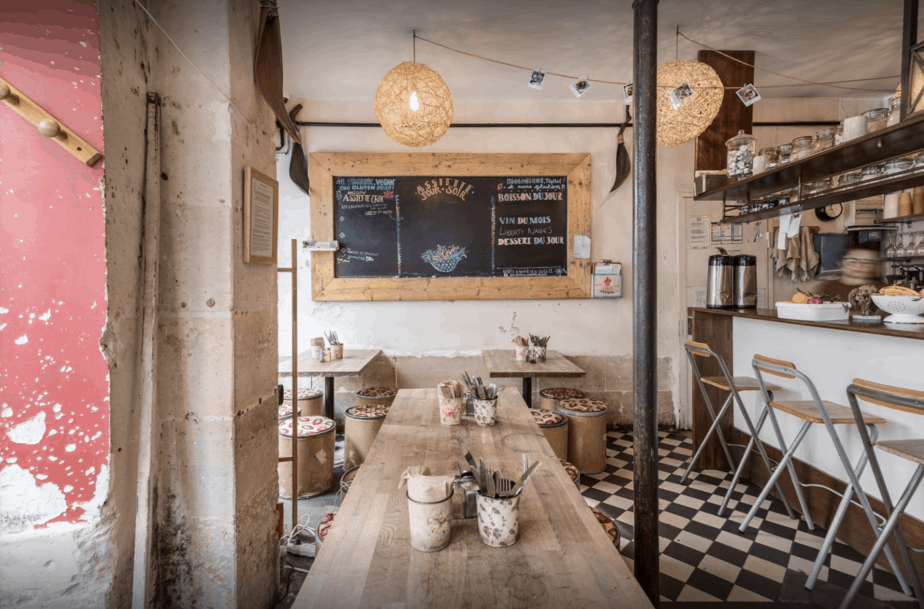 Also in the 10th arrondissement, Le Potager de Charlotte is a popular vegan spot for the “foodies” of Paris. Their opening hours are varied depending on the day; there is lunch and dinner service, sometimes both, sometimes none.

On Sundays they open for brunch only — a reservation is somewhat necessary but on the odd occasion you might get lucky with a walk in table. 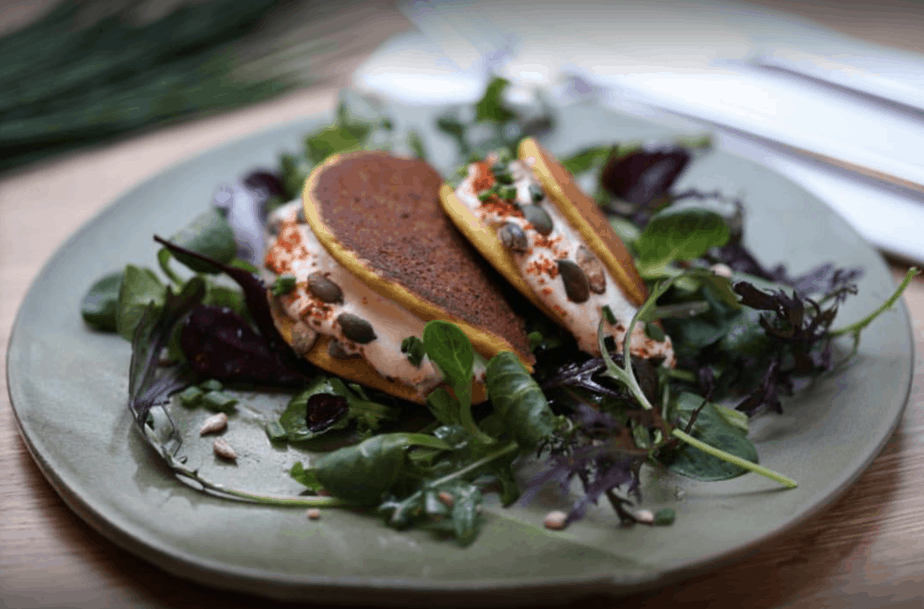 In Paris there is Hank Burger and Hank Pizza; both are really wonderful spots for vegan junk food day and night.

Hank Burger is fully plant based, and the best vegan burgers in Paris. This isn’t a romantic or “classy” dining spot, but it’s a good vibe and great for a quick dinner before a night on the town.