Things to do in Lisbon in January 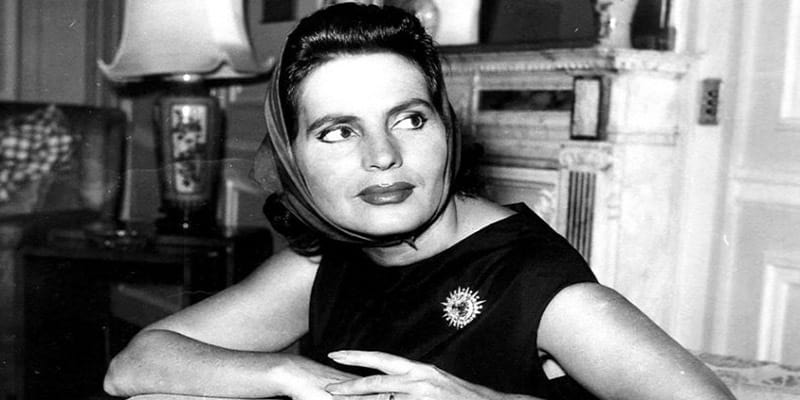 Things to do in Lisbon in January

The new year has just begun! One obviously wants to start the year off on the right foot! Lisbon is a great city to do so. Portuguese people are usually relaxed, they like to take their time and to have a good time. And, in my opinion, Lisbon is one of the coolest cities there is! I consider it to be the perfect city to spend the first month of the year in.

History has shown us that Portuguese are closely connected to the sea, to the sailing life and to new discoveries. When in Lisbon, the simple fact that you get to go to the top of the Torre de Belem, stop for a while and simply take the time to admire the beauty of the ocean is so inspiring. One opens up to new horizons! So if you feel like coming to Lisbon and want to know a few things about what is January like, read on to find out some of the things to do in Lisbon in January! 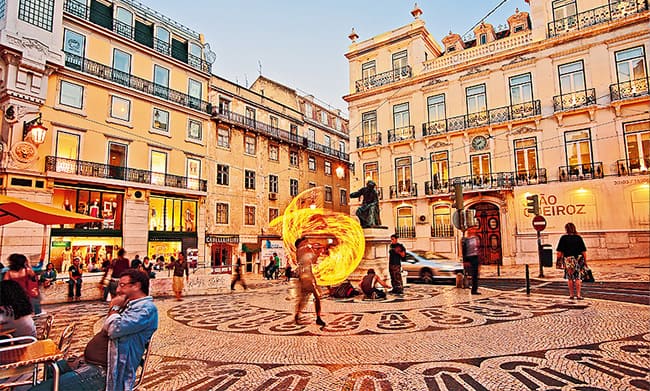 The month of January is a synonym of winter sales, in Portugal! As soon as the holiday season ends, huge discounts are available all over town! The best deals happen in January. So if you feel like taking advantage of the winter sales and shopping in the awesome city of Lisbon, you should try to go to Avenida da Liberdade. On this avenue, there are plenty of luxurious fashion stores, such as Burberry, Miu Miu, and Gucci.

Another very cool place to go shopping is the Chiado neighborhood. It is the most traditional and emblematic neighborhood of Lisbon! You will love it, may it be for its cafés or for its shops. The best way to discover this area is to simply get lost, roam the streets and let Chiado slowly reveal itself on its own!

More info on tours in Lisbon 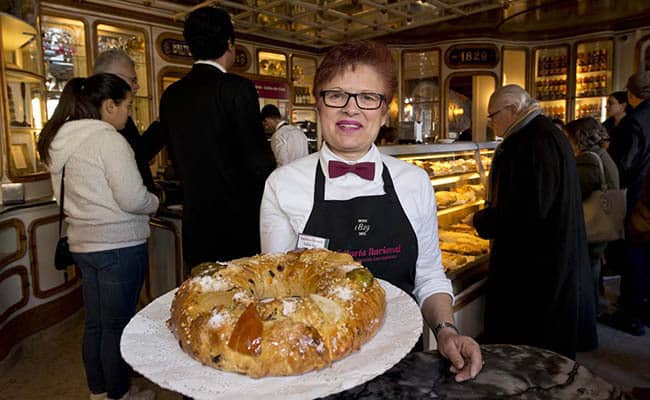 On January, the Christmas spirit still remains a little while in Lisbon, because of the Epiphany. It is a Christian celebration! In the Christian religion, it is believed that the Three Kings, also known as the Three Wise Men, traveled for miles to see baby Jesus after his birth, bringing him plenty of gifts.

And since Portugal is Catholic country, on the second Sunday after Christmas, we celebrate the Epiphany by eating a “bolo-rei“. I find it kind of similar to a fruitcake, but it’s actually pretty different from it. One thing I know for sure is that it tastes so good with a cup of coffee or tea on a Sunday afternoon! It’s really a must if you come to Lisbon in January!

Visit the house of Amália Rodrigues 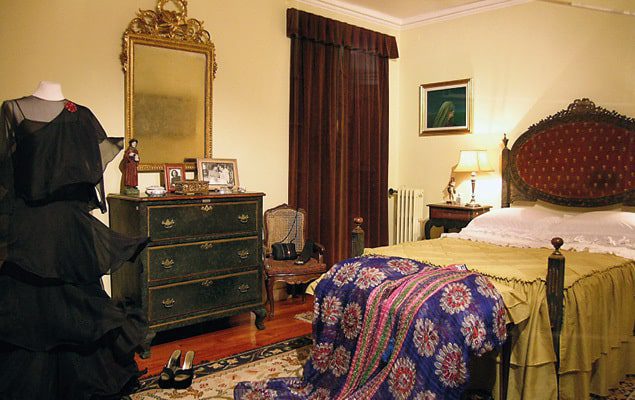 Next on my list of things to do in Lisbon in January is to learn more about Amália Rodrigues. Who is Amália Rodrigues? She is one of the most important Portuguese figures! She is the most famous fado singer. You cannot come to Portugal without listening to her songs and the passion she passes on.

If you want to understand what Fado is about, you will when hearing her voice accompanied by the sound of a Portuguese guitar. In her songs, she tells us about loss, love, passion, life and everything that makes us human.

Listening to Fado is listening to the Portuguese soul. It was born from the hearts of sailors and families who stayed on land. Fado was born out of “Saudade”, a word that only exists in the Portuguese language. What is “saudade”? According to the Oxford Dictionary, it is “a feeling of longing, melancholy, or nostalgia“ and the Portuguese are the only ones who have such a word to express this kind of feeling.

We wish we had this term in the English language! “Saudade” is charged with meaning and emotion, because it comes right from the heart, right from the sorrow people feel when they have to bid farewell to their loved ones.

In Lisbon, you can visit the house Amália Rodrigues used to live in for fifty years. It is located at Rua de São Bento, 193, in Lisbon. It is open every day from 10 am to 6 pm. The entry price is of six euros. I highly recommend you to visit this “house-museum” because you will actually learn a lot about Portuguese culture and history! 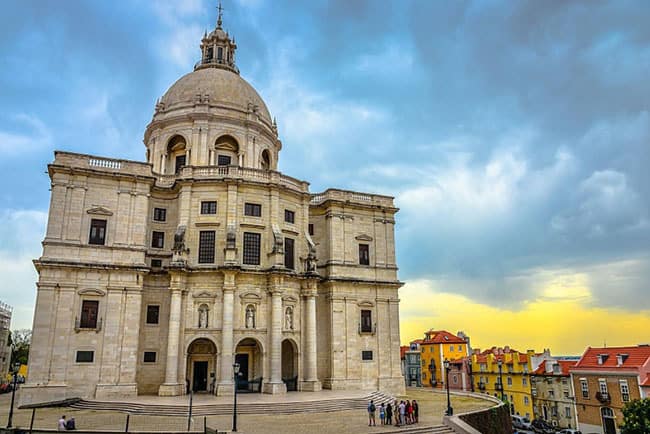 One of the best things to do in Lisbon in January is to visit the Panteão Nacional. You will thoroughly enjoy this place for several reasons.

First of all, the view from it is so amazing. Secondly, it is quite an important landmark of Lisbon, because its main purpose is to pay tribute to Portuguese important figures who have contributed to the cultural expansion of the country, served and protected the country.

Many Portuguese presidents’ tombs are found in the Panteão Nacional, but you will also get to see the tomb of the fado singer Amália Rodrigues, the writer, Almeida Garrett, and many others.

When visiting the Panteão Nacional, you will learn a lot about Portuguese whose work has been recognized in several areas. May they be sailors, writers, politicians, or soccer players, they are part of Portuguese culture and history. So if you’re curious and want to satisfy your thirst for knowledge, the Panteão Nacional is a must. 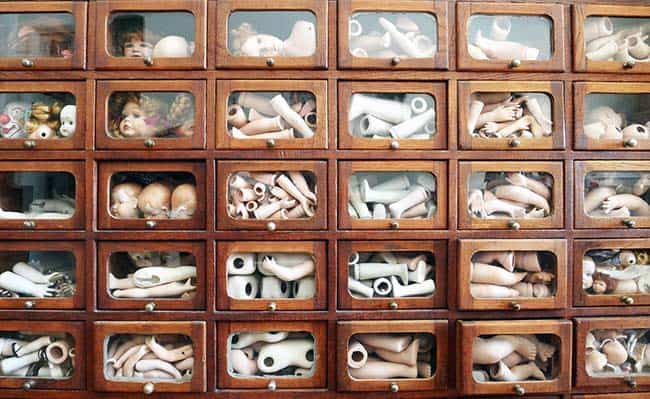 In Lisbon, you will find a little place that exists since 1830. I consider it to be a hidden gem! It is the Doll Hospital. In Portuguese, the Hospital das Bonecas. Located at Praça da Figueira, 7, it is open from Monday to Saturday! If you’re looking for something different to do, this is the perfect place!

There are plenty of rooms filled with dolls from all styles and from other times! Some may find it kind of creepy, but it will allow you to cross time and going back to childhood. For two euros, you get to visit the workshop and the lovely staff shares with you their history!

Have a codfish cake stuffed with Queijo da Serra 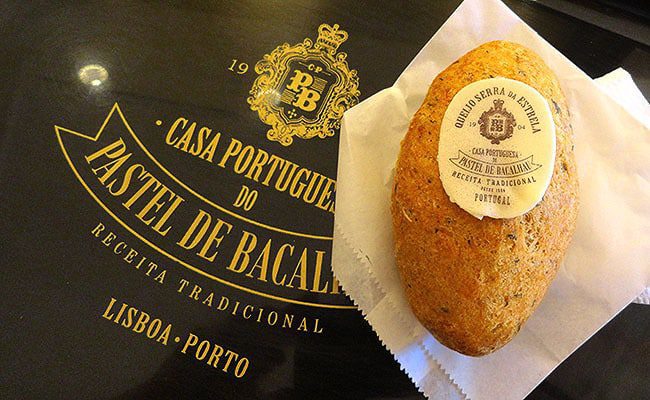 Have you ever tried “bolinhos de bacalhau“? Bolinhos de bacalhau are, what we can call, “codfish cake”, round deep-fried dumpling made with codfish and potatoes. This traditional recipe is delicious and has been in our families for years.

Every woman of every family knows how to do bolinhos de bacalhau. So if you haven’t tried the traditional “bolinho de bacalhau“, which is also known as pastel de bacalhau, it is definitely time to do it! In many restaurants, they are served as starters! So you won’t have trouble finding a place to try them!

However, a few years ago, a new recipe has emerged the pastel de bacalhau stuffed with Queijo da Serra. You can try it at the famous Rua Augusta in Lisbon, in the Casa Portuguesa do Pastel de Bacalhau. When the place officially opened its doors in 2015, the people of Lisbon were a little annoyed.

But the pastel de bacalhau stuffed with cheese are actually good! They are well-served, because they are pretty big! It gained so much success, another store was also opened in Porto!

You now know some of the things to do in Lisbon in January! I hope you’ve enjoyed reading this article and that it has been useful to you! Don’t hesitate to contact us if you need further information about anything! In January, the days are sunny but quite windy! When you look out the window, it looks kind of warm, but it is actually very cold, so don’t forget your winter clothes! In Lisbon, one walks a lot, so you should bring comfortable shoes! Also bring your greatest smile and enjoy the city of Lisbon!

Lisbon by monthLisbon in January