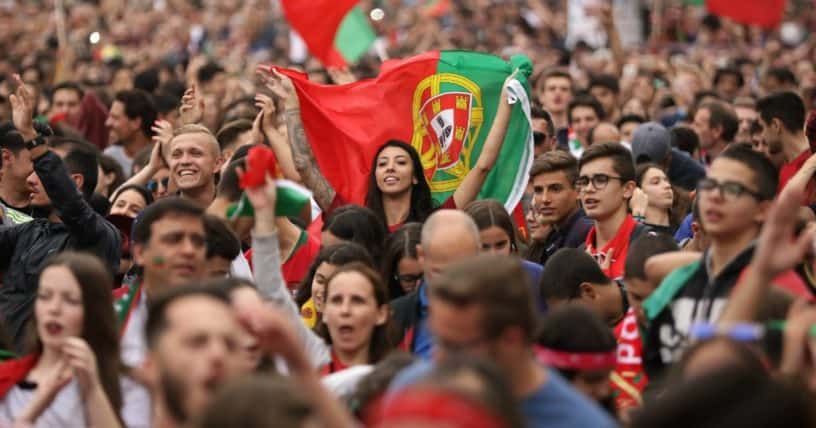 If you’re coming to Portugal, you’re probably wondering what are the Portuguese like! Read my top 10 fun facts about Portuguese people to find out!

Whenever one travels to a new country, they usually wonder what are its people like. Are they friendly? Are they understanding? Are they willing to help in case you need help? If you’re coming to Lisbon or to any other Portuguese city, you don’t need to worry because Portuguese have plenty of good qualities! I’m sure you will make lots of friends while in Lisbon.

Traveling to a new place can be a bit scary, because you’re not sure what to expect but still want to have great moments and make lifetime relationships. And that is the thrill of it! The adrenaline of it all is to feel a little frightened and to hope for the best! Now, I will introduce you to a few fun facts about Portuguese people!

They are excellent hosts

First of all, you should know that Portuguese people are probably one of the best hosts ever! They will always try their best to make you feel at home. Having lunch or dinner in a Portuguese house means plenty of friends and relatives enjoying a full course meal in a thoughtfully decorated table.

When Portuguese people receive guests, they spend hours preparing the meal. From starters to main courses and desserts, food will be plentiful and tasty as much as possible! They will also check if everything is okay or if you need anything several times.

In Portugal, it’s very common to bring a gift to the person who receives us. If the context of the meal is a bit formal, you can bring some flowers to the ladies who are receiving you. For a more casual event, you can bring a bottle of wine or a homemade dessert.

As Amália Rodrigues, the famous Fado singer, used to sing “Uma promessa de beijos. Dois braços à minha espera. É uma casa portuguesa, com certeza!” which means “A promise of finding kisses, Two open arms waiting for me. This is a Portuguese home, certainly!” in English. The Portuguese are very friendly and will make sure you spend a good time a feel at ease. If you win a Portuguese’s trust, you’ve gained a friend for life!

>> Check this article to read about the 10 Portuguese dishes you need to try!

>> Read this article to find out about 10 delicious Portuguese desserts! 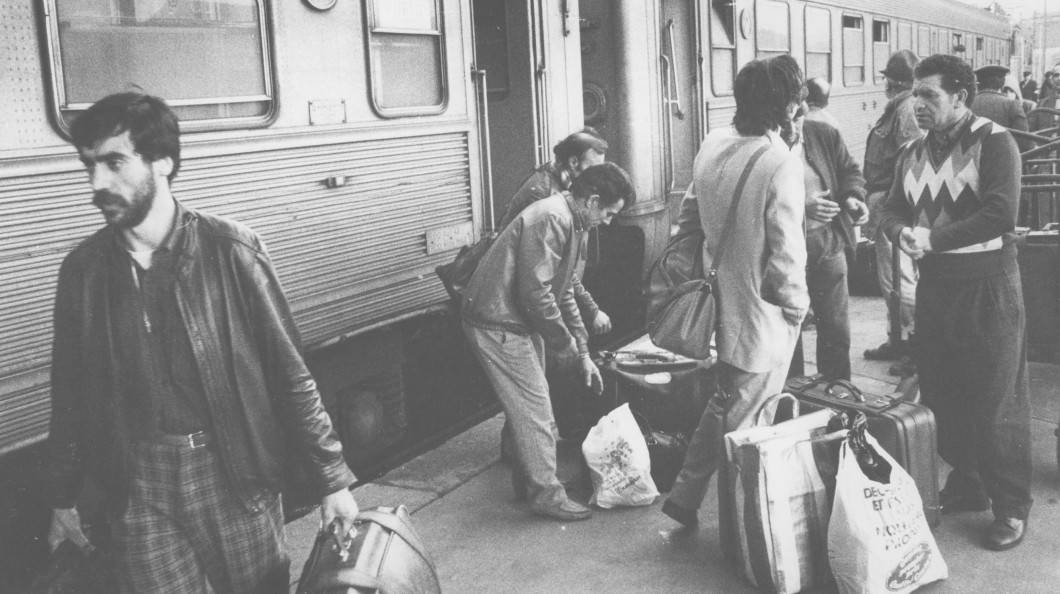 The Portuguese are a people of explorers, hard-working curious people. They can’t stay still. From the Age of Discoveries, the Portuguese have proven to be adventurers, always looking for new ways to earn a living. They are not afraid to step out of their comfort zone when needed.

In the twentieth century, many Portuguese emigrated to other European countries looking for a better life when the dictator Salazar was in power. Then, after the Revolução dos Cravos, this emigration continued for other reasons.

At the moment, the minimum wage is 580 euros in Portugal. The law says that the normal working period should not exceed eight hours per day and forty hours per week. But some days, the Portuguese have to work up to ten hours, and it sometimes happens that they do not get paid more for these extra hours of work. 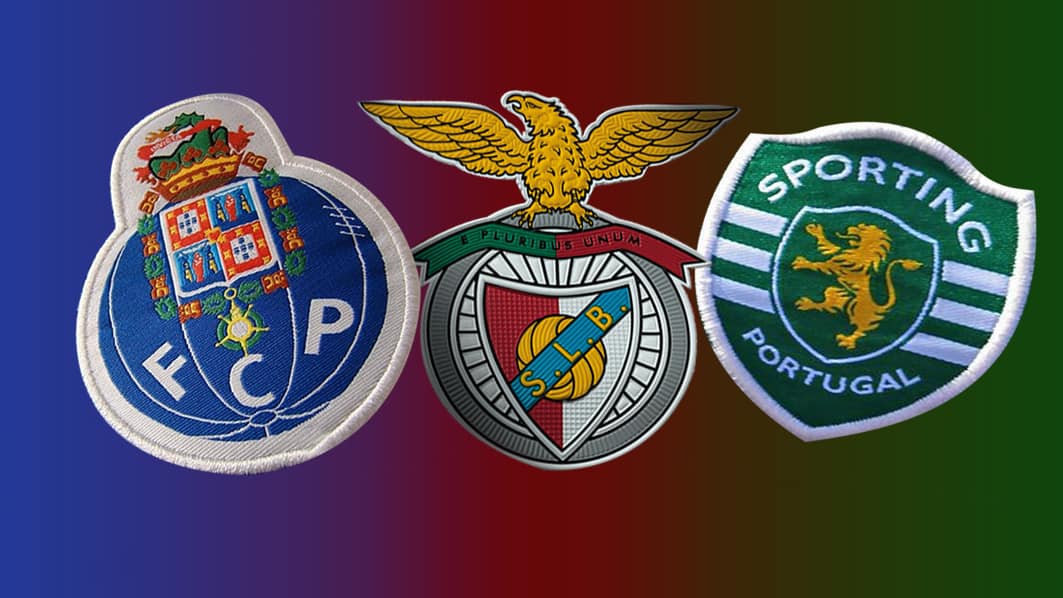 I hate to say this, but sometimes I feel like the Portuguese care about football as much as they do for politics and the country’s issues. On TV news, football related news take up quite a lot of time!

In Portugal, there’s the Taça da Liga competition which is extremely competitive! The three major teams are FC Porto, the SLBenfica and the Sporting. Most Portuguese are divided into these three football teams. Sometimes, if people don’t agree, the conversations can get very heated! People love to get together and cheer for their team.

When the national football team plays, the Portuguese support it thoroughly! When the Portuguese team won the Eurocup, there were celebrations all around the country and thousands of people went to the airport to wait for the players. Football is definitely an important activity that unites people but can divide them when it comes to the Taça da Liga!

They will make an effort and try to speak your language

The Portuguese language is spoken in nine other countries: Brazil, Angola, Mozambique, Guinea Bissau, East Timor, Equatorial Guinea, Macau, Cape Verde, São Tomé and Príncipe. So, it is not very common to speak Portuguese, especially in Europe! In France, some schools teach it due to the high number of Portuguese living in the country.

In Portugal, one of the main wealth sources is tourism, so it is very important for the Portuguese to know how to speak at least one language other than Portuguese. In schools, English is mandatory for all the students.

You don’t need to worry when meeting Portuguese people, because even if they don’t speak your language, they will try their best to!

They value family and friends 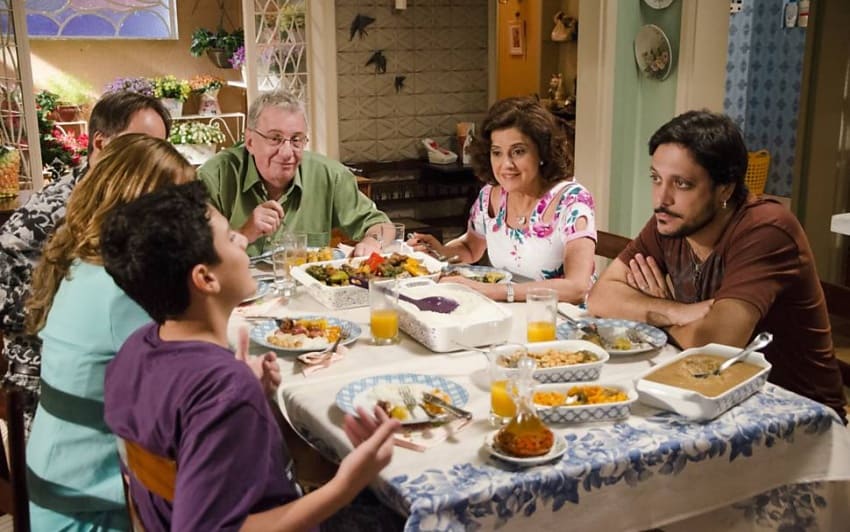 Next on my top 10 fun facts about Portuguese people is that they value family and friends more than anything. Sundays are always dedicated to family. At Sunday lunches, all the members of the family get together and enjoy the meal together, then spend the rest of the day together. Also, during the week, families eat dinner together when possible. They value each other and treasure all the moments they get to have together. You will learn a lot about unity, bonding and affection when spending time with Portuguese people.

On Friday and Saturday nights, they usually go out for a few drinks with friends. They tell each other about their week, small dayto-day problems and good news. It’s a great way to relax and unwind, before starting a new week on Monday.

They love to talk for hours

Portuguese people are naturally curious, open and very talkative. If you’re shy and don’t connect easily with people, the Portuguese will help you and make you feel at ease. In case you’re lost in the city and need help, you won’t have any trouble finding someone who’s willing to help you!

They love to talk for hours about anything. If you’re from abroad, you will have even more to talk about. They will ask about your culture, history and lifestyle while also sharing with you plenty of details about theirs.

They could not live without coffee breaks 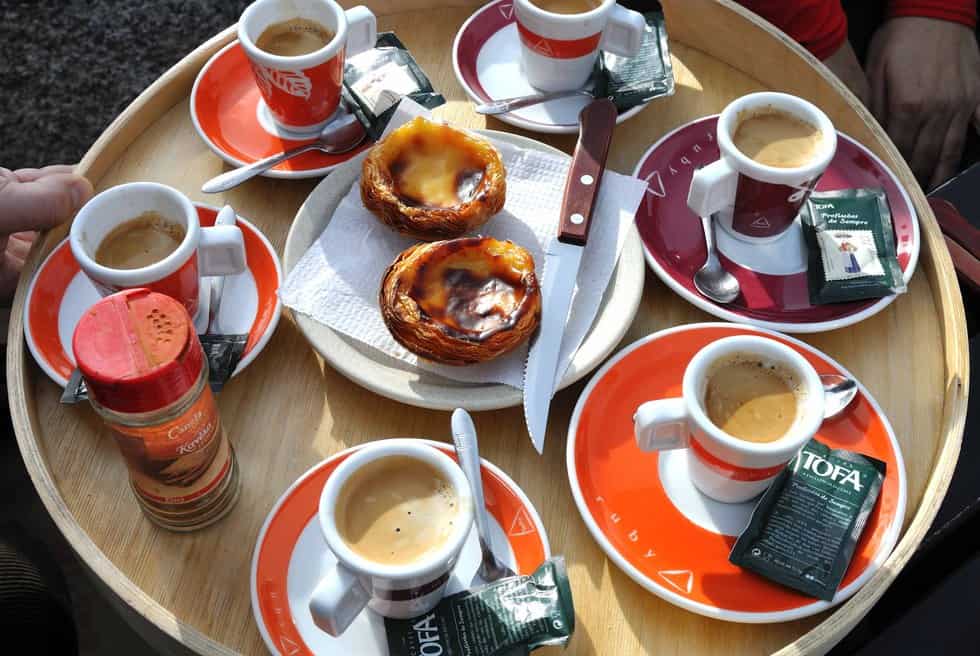 Coffee breaks are essential for the Portuguese! When they wake up in the morning, they have coffee before work. They also have coffee after lunch, after work and sometimes even after dinner. They have coffee anytime of the day, it allows them to have a break and a little chat!

Generally speaking, you will pay less than 1.30 euros! But this is the price in the touristy areas. I usually have coffee for 0.65 or 70 cents.

They go out late on weekends

You need to know that the Portuguese people go out late on weekends! They eat dinner with family and friends until 10 or 11 pm, then head to bars or cafés to drink a coffee and a few drinks, while talking or dancing. So you need to be aware that if you go out before this hour, you will sitting on your own in the bar. You should read this article if you want to learn more about Lisbon nightlife!

They are advocates of their culture, history and gastronomy 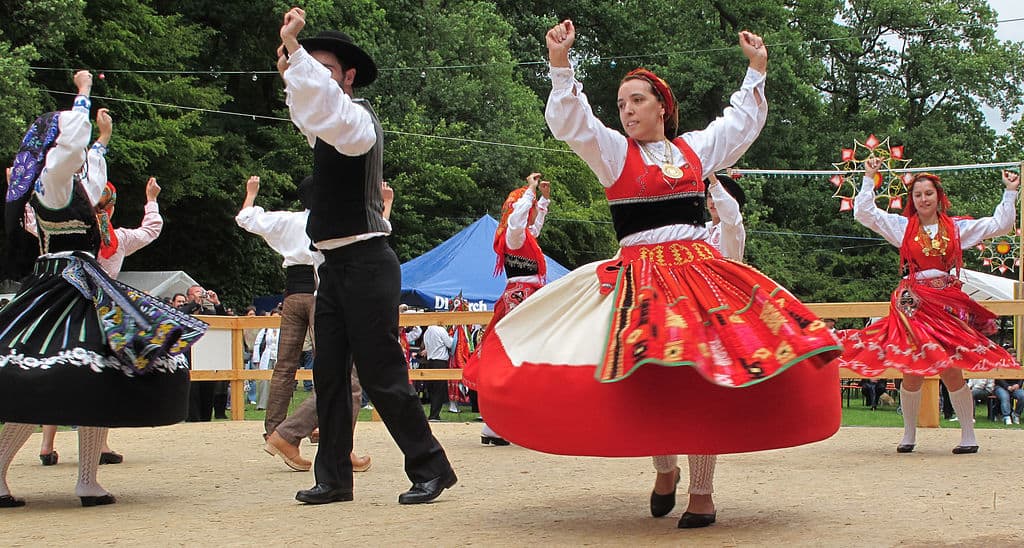 The Portuguese stay true to the traditions! Traditional recipes live on through several generations of families. When traditions remain, it means there’s respect towards them. That’s why the Portuguese are so proud of the traditions, their culture, history and gastronomy.

In my opinion, Portugal has some of the best cheeses and fresh fish. In the areas closest to the sea, you will usually eat more fish and seafood. In northern regions, away from the sea, you will eat more meats. Also, note that each region has its own specialties! On this article, you will learn a little more about pastries from different Portuguese regions.

Portugal might be a small and often forgotten country, but the Portuguese are proud of it. They love their country and know the best places, so they will always recommend you the hidden gems of the country, so you can experience it in the best conditions!

They are the funniest

What’s a green dot that goes up and down? It’s a pea in an elevator! This one is from me… But I can assure you that the Portuguese are very funny! They can turn any random boring moment into a fun one when you burst out laughing until your belly hurts!

I hope you’ve enjoyed reading my top 10 fun facts about Portuguese people! Don’t hesitate to contact us if you need further information about anything! See you soon in Portugal!