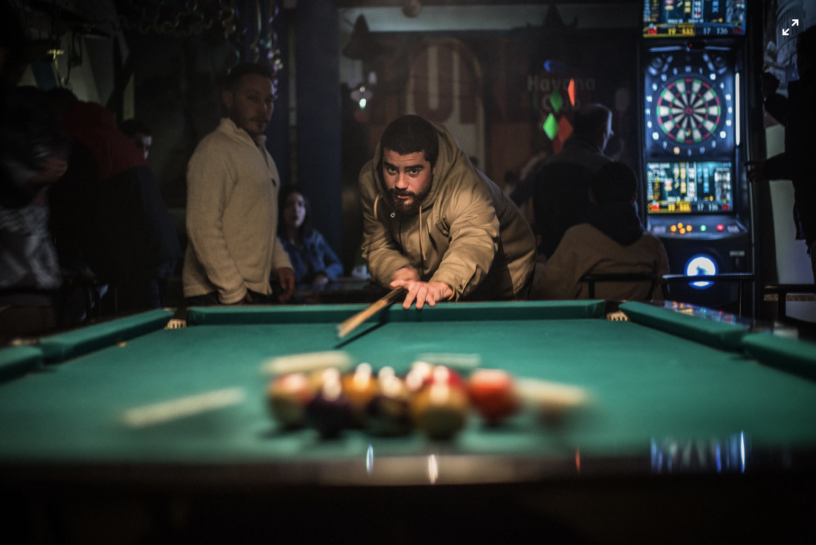 As a standard, one can expect the following from sports bars in Paris: early morning beers, rowdy tourists, and greasy pub food to soak up all the alcohol. If you’re in Paris over major drinking holidays, such as St Patricks Day, sports bars are the best place to be for festivities!

The Best Bars near the Trocadero in Paris

Here’s my list of the best sports bars in the French capital:

The Counter Rugby Bar in Paris

The Counter Rugby Bar is in the lowest part of Paris, right in the southernmost point of the 15th arrondissement. Before we go any further, let me just say there is some of the best Indian and Pakistani food in all of France in this here neighborhood! 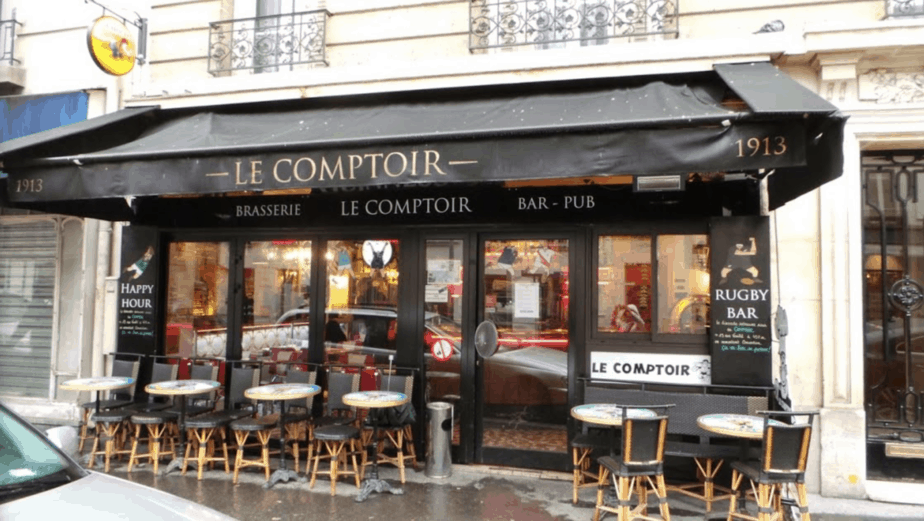 If you like international beers, good music and fantastic pub food — this is the spot! It’s a favorite hangout even for non sports lovers, simply due to the ever-vibey ambiance and general feel good energy.

10 of the Coolest Bars in Paris

Major rugby events seem to stop time when they are being screened in this establishment. Be prepared to get loud, sweaty and downright festive. This is a hot spot for South Africans, English and Aussie folk.

Opening Hours: Monday to Sunday — 10am to 1am

There aren’t many sports oriented bars in the center of Paris, but this one lives right in the heart of Saint-Germain-Des-Pres. This neighborhood is known for the best Irish and student pubs in Paris, so sporting events are taken very seriously in these parts. 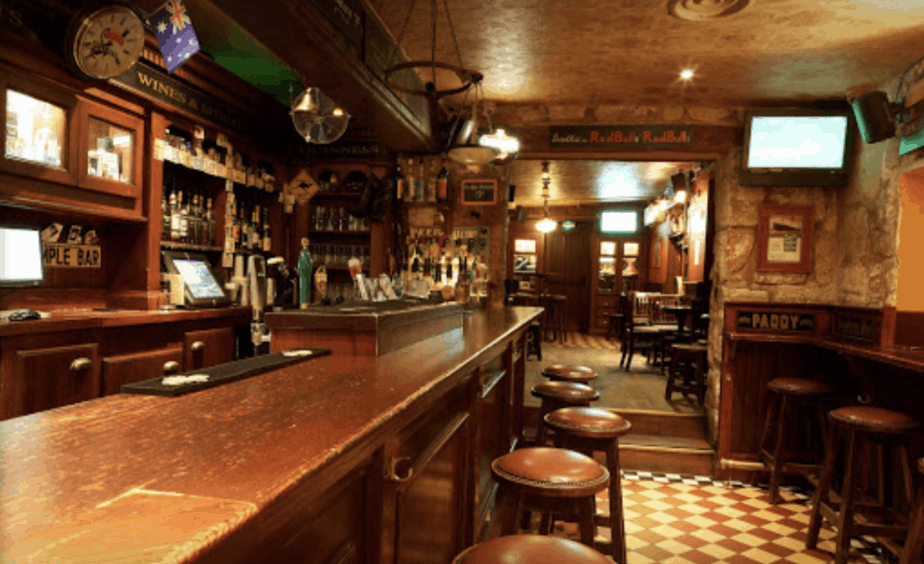 The Little Temple is an Irish joint through and through. Happy hour is from 5pm to 8pm, Monday to Friday, and it pretty much guarantees a vibe in the space no matter the day of the week!

People who party at the Little Temple become like a small family. It’s an intimate setting, and the bartenders never seem to forget a face.

Opening Hours: Monday to Sunday — 5pm to 2am

As we know from the previous bar, If you’re ever in doubt about where to find good beer combined with great sports, follow the Irish!

Stolly’s is the traditional Irish pub situated in the heart of Le Marais neighborhood. Located just off of the famous Rue de Rivoli, Stolly’s has become an institution of this neighborhood.

It is a divey and very laid back space that incorporates standard Irish humor into every aspect. Think quirky sign boards and sarcastic puns at every opportunity. 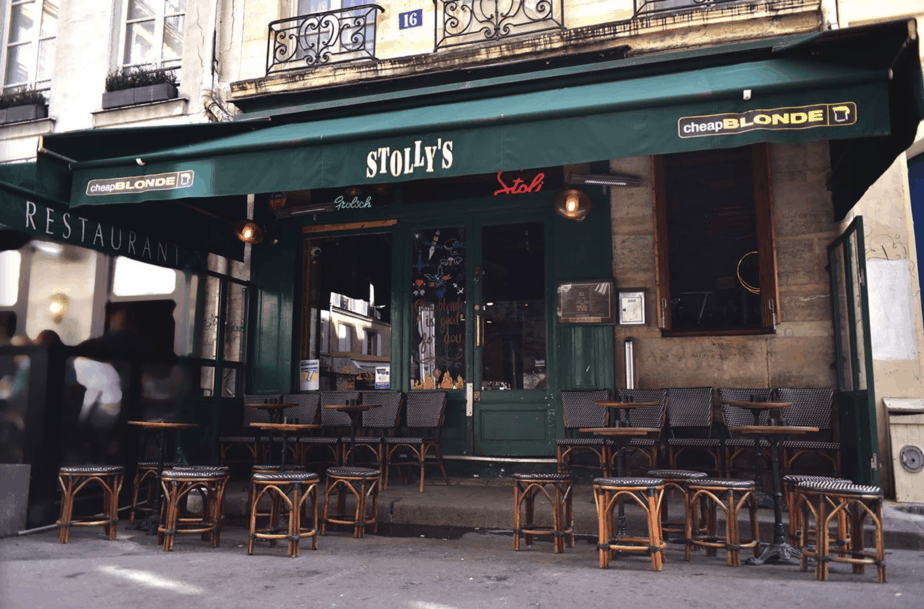 At Stolly’s you’ll drink beer by the pitcher instead of by the pint. This cuts costs significantly and also makes for one hell of a night out. The soundtrack is usually comprised of rock ’n roll that keeps festivities roaring late into the evening.

The Long Hop in Paris

The Long Hop is the place to be if you’re a true sports fan in Paris. They have a set up that makes for no corner of the bar to miss any of the action — as well as numerous table games for individuals who are not as taken by the screened events.

This is an English-style pub that loves beer from around the world. You can enjoy a number of different bar snacks (mostly fried), as you toss back pints and roar in cheer with strangers around you. 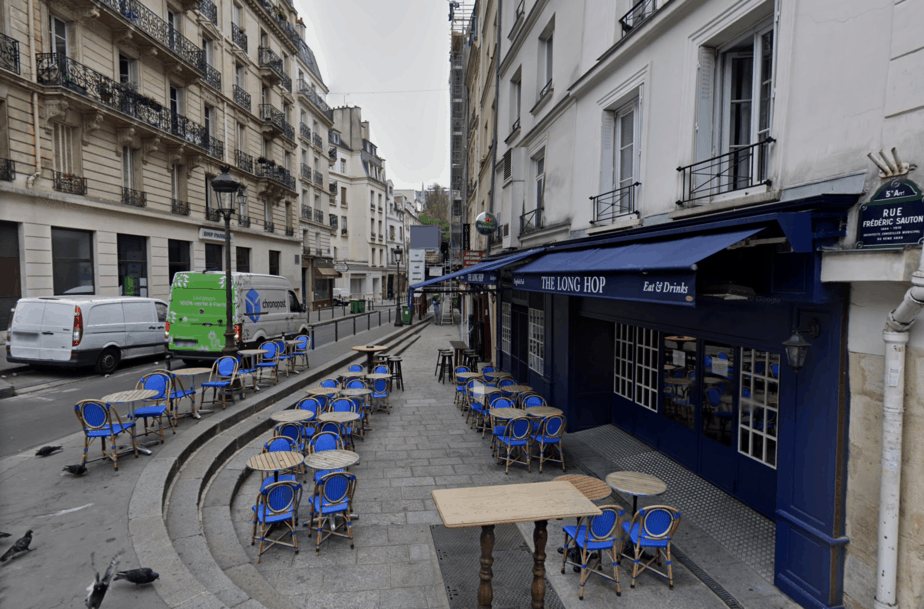 Note that the outdoor televisions are quite small, so if you’re wanting the big screen experience I would recommend arriving early for a table inside.

Opening Hours: Monday to Sunday — 4pm to 2am

The Frog & Princess in Paris

Right next door to the Long Hop there is another great sports bar that I recommend to friends looking for somewhere to watch international games.

Even when there aren’t any games happening, this is one space that will lift your spirits just by being in it. It doesn’t have that typical “dingy sports bar” vibe, but a far more sophisticated edge. 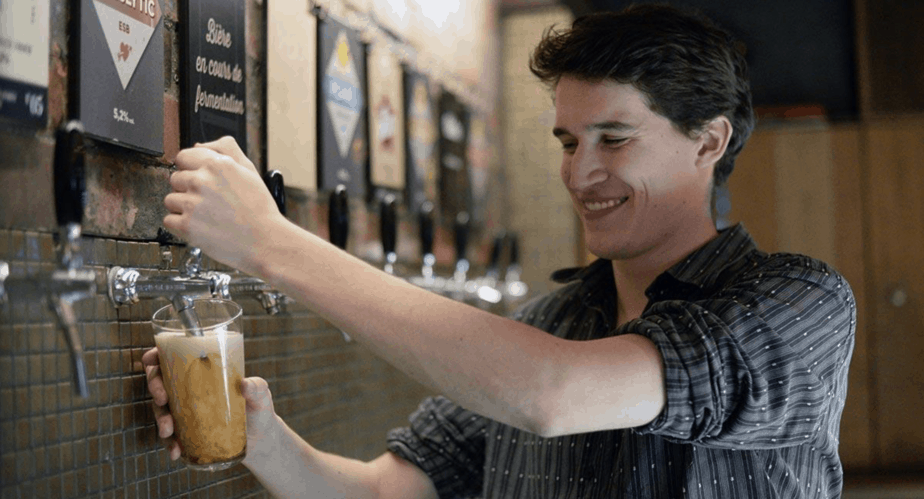 Their cocktails are fantastic, as is their snack menu. I can’t get enough of their tacos, personally, but most people come for their deep fried wings and burgers.

Again, this is a student neighborhood, so expect to find people spilling out onto the street in the summer months. It’s one big drinking competition in these parts. If this isn’t your cup of tea, I would refer back to some of the earlier pubs mentioned in this roundup!

Paris as a College Student

Opening Hours: Monday to Sunday — 5pm to 1am