The Best Way to Visit Le Marais in 1 Hour 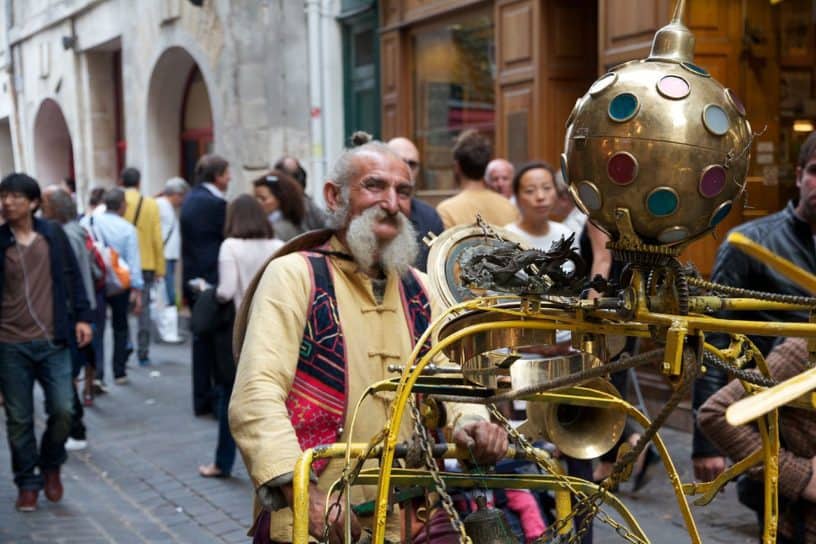 The Best Way to Visit Le Marais in 1 Hour

An hour can be a long time in Paris if  you spend it wisely. 60 minutes in Le Marais, however, is slightly harder to curate due to the extent of things to do and see in the area.

Personally, Le Marais is one of my favorite neighborhoods in the whole of Paris. If the opportunity to be there for even five minutes arises, i’ll take it. So 60 is actually a real treat when you put things into perspective!

The best way to get the most out of your hour in Le Marais is to walk. The narrow streets and hidden nooks are best navigated this way and you’ll get far more out of your time in doing so.

There are many free guided walking tours that can take you on a full exploration of the neighborhood, but maybe keep these for days when you have ample time on your hands. Excursions limited to one hour will be best enjoyed on your own schedule. 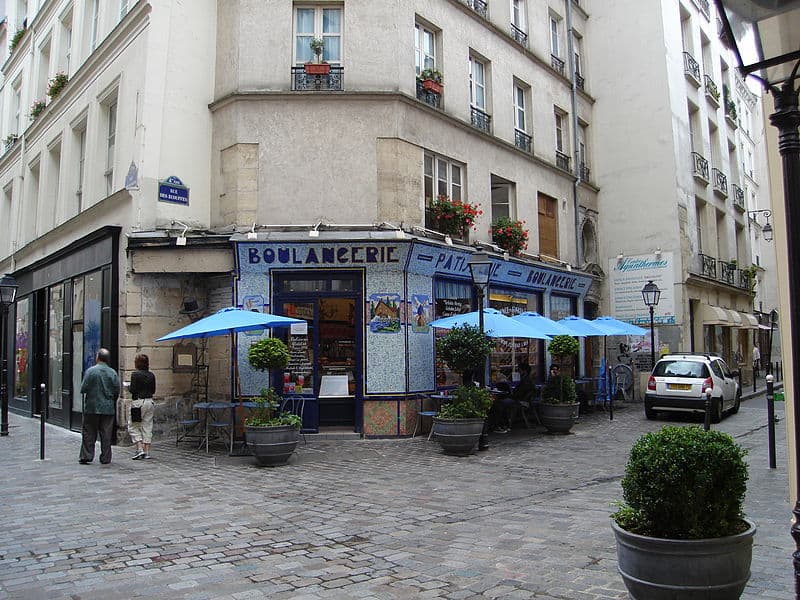 There are two unmissable spots in Le Marais that are absolutely both doable in a one hour time frame, I often stroll over and do them in less. Before I get into them, however, lets touch on exactly how you should get yourself into Le Marais in the first place to make the most of your ticking time. 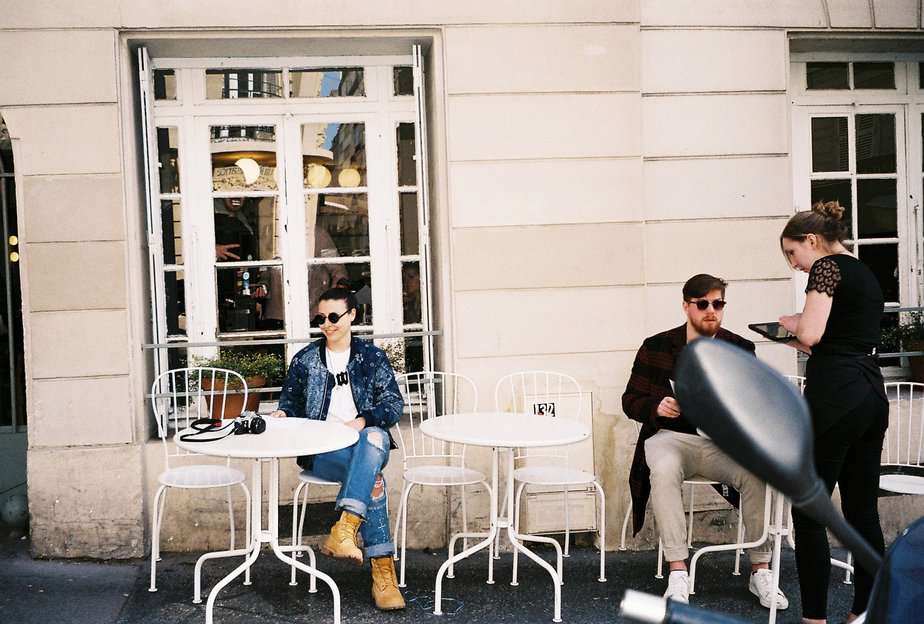 Getting Into Le Marais

Le Marais is a historic district of Paris. Once the aristocratic hub of the city, it is now one of the trendiest places to be day or night. The neighborhood spreads across the 3rd and 4th arrondissements of Paris — it’s big! This makes it imperative that you enter the area at the perfect point to make the most of your hour there.

Take the Paris metro or bus service all the way to the Étienne Marcel station. This gets you off at the west-side entrance to Le Marais and just a short walk to our first destination on the schedule.

Known in English as The Anchor’s Passage, Le passage de l’Ancre is one of the most charming little roads in the whole of Paris (dare I say it). The passage is a straight two minute walk from the metro stop and is the perfect spot to explore when on a time limit in Le Marais.

It is contrary to other passages in Paris due to its condensed size. At just 50m long you’ll be able to slowly immerse yourself in the space without losing the better part of your day. 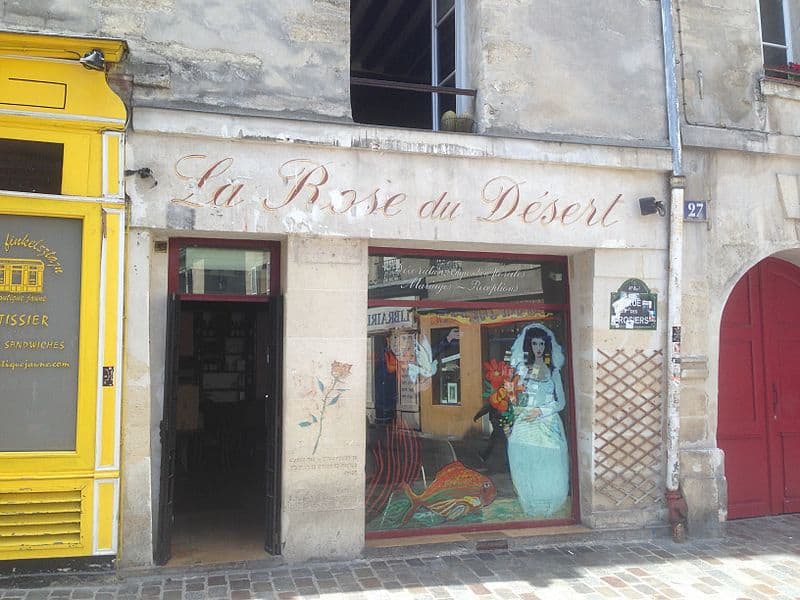 Le passage de l’Ancre is a short street filled with colorful nooks and an abundance of plants. You’ll be visiting purely to observe the aesthetic elements of the space, there is nothing to actually do or buy when in the passage.

It is probably for this reason that the Le passage de l’Ancre is always quiet and calm, unlike the rest of the adjacent bustling streets in Le Marais.

Spend a few minutes here and take in the serenity of it all. The architecture is unusual to the typical uniformity of other Parisian passages. I usually like to bring a book along and spend a few minutes enjoying the peace and quite if there is a bench available. You wont have time for this, but you can enjoy a cup of coffee from my favorite coffee spot just outside the entrance to the passage.

You’ll pass by Guimi House when walking from the metro. It’s a great spot for a sit-down pot of tea but since time is of the essence I’d suggest getting a coffee to go and enjoying it during your stroll through Le passage de l’Ancre. 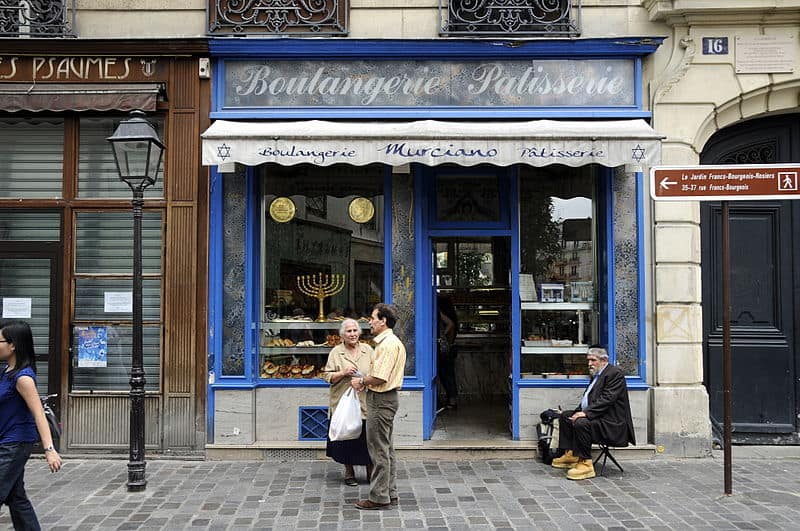 Once you’re tired of the peace and the quiet it’s time to walk! To get to the second destination within the hour you need to walk east from Le passage de l’Ancre deeper into the 3rd arrondissement.

The walk shouldn’t take longer than ten minutes and you’ll pass some other Le Marais attractions along the way. Look but don’t stop! We are on a schedule here; you’re headed to the very well known Rue des Rosiers. 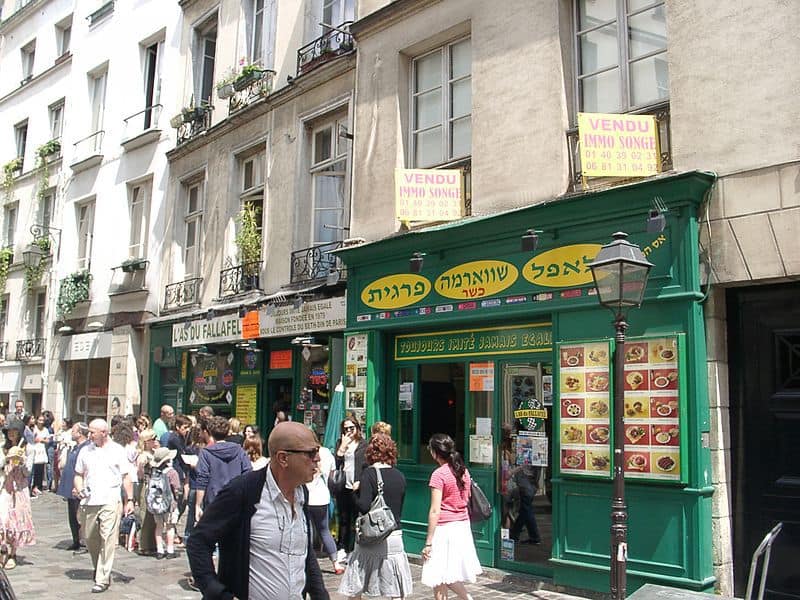 The Rue des Rosiers is another historic yet bustling part of Le Marais and doesn’t require much time to be properly enjoyed. It is the heart of the Parisian Jewish quarter and today is home to an eclectic array of delis, thrift stores, restaurants and book shops (if you can spare five minutes these are a must!).

The overall ambiance of this street is what you need to spend your last few minutes embracing. Watch the locals enter the synagogues as you spend a few moments reading some of the commemorative plaques embedded in the street walls. Stroll, breathe, look… take it all in!

If time permits a bite to eat then you’ll want to head to the very well known L’As du Fallafel. It is one of the busiest restaurants in Le Marais and crowds are to be expected.

I usually go early to avoid disappointment, I would recommend this to anyone with just an hour to spare as well. What better way to end your 60 minutes in Le Marais than scoffing down the tastiest falafel sandwich you’ll ever have! 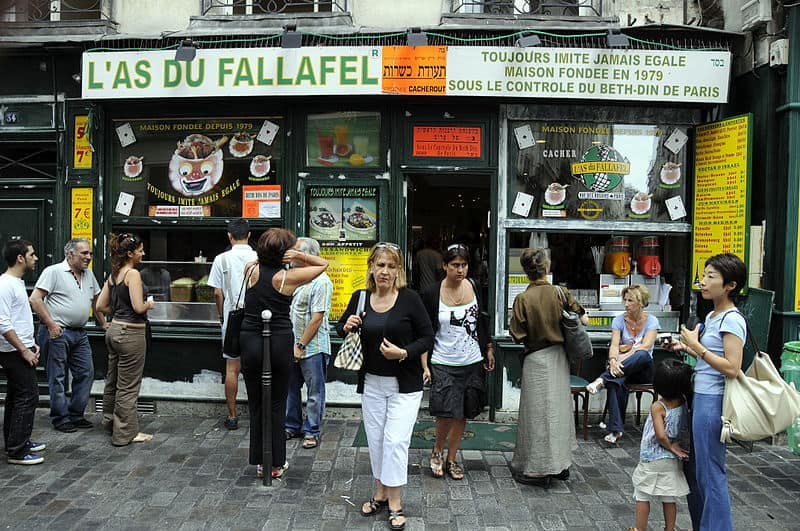 The Saint-Paul metro is located directly below the west end of Rue des Rosiers so when time is up you’ll conveniently be able to continue on with your journey elsewhere.

Truth be told there are a million ways to spend an hour in Le Marais. That is the nature of the neighborhood; much to do and much to see, always.

In my experience you are almost always going to see and feel the most while walking through a space as the locals would. That is why Le passage de l’Ancre and Rue des Rosiers are the best way to visit Le Marais in one hour. C’est jolie, ma chérie!