Oscar Wilde and His Tragic Death in Paris 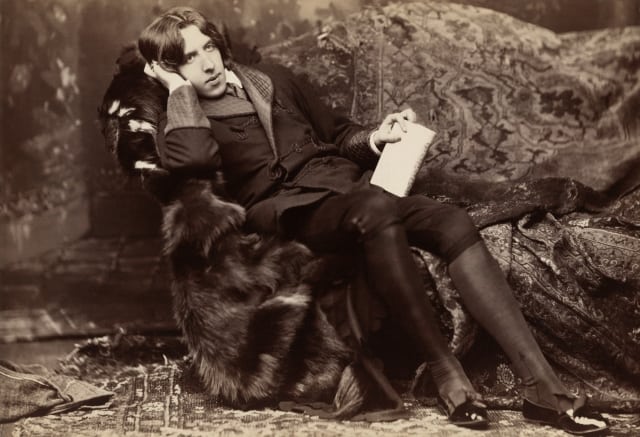 Oscar Wilde and His Tragic Death in Paris

Not only did Irish author Oscar Wilde live a very interesting life, he just happens to be one of my favorite authors! I absolutely love his masterpiece, The Picture of Dorian Gray, and I also recently saw the play version at a little theatre in Paris.

Wilde may have been Irish, but he spent a good deal of his life here in Paris. He tragically died here as well, but more on that later. Keep reading for more background information on Oscar Wilde, and his tragic death in Paris.

Oscar Wilde was born in Dublin, Ireland in 1854 to a doctor and a poet. His father eventually opened an ophthalmology hospital in Dublin, and his mother was celebrated for her English translation of Wilhelm Meinhold’s Sidonia the Sorceress. Writing is in Wilde’s genes, and he has been cited as saying that his mother’s work had an enormous influence on his writing. 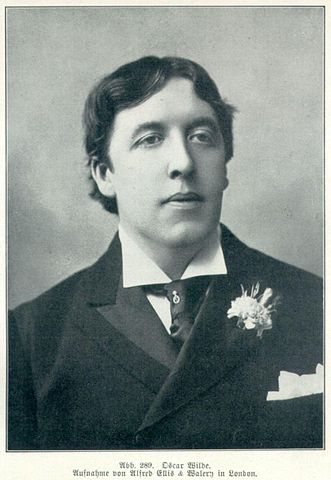 Wilde was a studious child, and earned himself a scholarship to Trinity College in Dublin. He continued on to Oxford after Trinity College, and it is here that he first began experimenting with creative writing. His poem “Ravenna” won the Newdigate Prize for the best English verse composition by an Oxford undergraduate.

When Wilde finished his studies at Oxford, he moved to London where he continued to write poetry! He published his first book of poetry, aptly named Poems in 1881. While this collection is one of his lesser known works, it earned Wilde recognition and he actually went on a lecture tour in America for 9 months soon after it was published.

In 1884, Wilde married a woman named Constance Lloyd, whom he had 2 children with. Soon after he was married, Wilde was hired as the editor-in-chief of a women’s magazine called Lady’s World.

While Wilde was working at the magazine, he began writing for himself once more. He began with a collection of children’s stories called The Happy Prince and Other Tales, and in 1891 he published his novel The Picture of Dorian Gray. The novel tells the story of a young, attractive man named Dorian Gray. Gray has a portrait of himself painted and, through unexplainable circumstances, the portrait ages and shows his terrible sins rather than Gray himself. Gray is able to stay young forever! As I mentioned, it is an excellent story and I recommend that all of you read it.

Today, the novel is an acclaimed masterpiece, but at the time it was published it was an outrage, mostly because of the homosexual connotations and the immoral acts committed by Gray. This was just the start of Wilde’s problems with the English police and government. 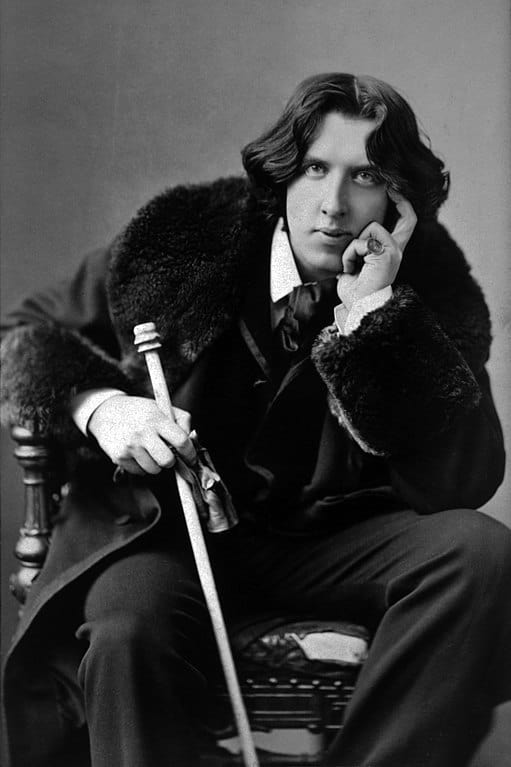 After publishing his novel, Wilde got to work at playwriting. His first play, Lady Windermere’s Fan was a major success, and Wilde decided to stick with it! He went on to produce many plays, all of which were satirical comedies. His work always had a dark and somber side to them, and they were celebrated by the English public, although not so much by the English government. The Importance of Being Earnest is his most famous play.

At the same time that Wilde was enjoying his success as a playwright, things started to go awry in his personal life. Although Wilde was married with 2 children, he began an affair with a man named Lord Alfred Douglas. It was this affair that would eventually go on to ruin his life. It was somewhat of an open secret that Wilde was gay, but I’d like to put an emphasis on secret. Homosexuality was a crime in 19th century England, punishable by jail time.

One day, Lord Alfred left a note for Wilde at home addressing it to “Oscar Wilde: Posing Somdomite”. He may have misspelled the word, but Wilde and his family recognized that he meant sodomite. Wilde was furious, and decided to take Lord Alfred to court for libel (libel means defamation), a decision he would go on to regret.

Lord Alfred hired the best lawyers in London, and they dug up massive amounts of evidence against Wilde, accusing him of homosexuality in order to clear Lord Alfred’s name. This evidence included homoerotic sections of his published works, and love letters he penned addressed to Lord Alfred. Wilde was quickly charged with gross indecency, and was sentenced to 2 years in prison.

Life and tragic death in Paris 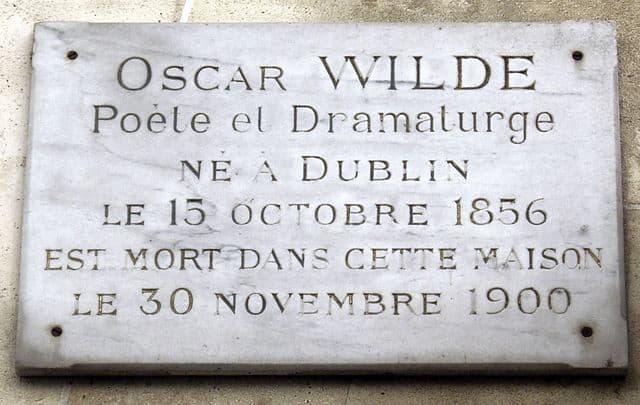 “Oscar Wilde, poet and playwright, born in Dublin on October 15, 1856, died in this house on November 30, 1900” Plate located outside l’Hôtel where Wilde died in Paris – WikiCommons

After Wilde was released from prison in 1897, he was a changed man. Prison life had been hard on the author, and also left him with no money. After his release, he packed up what little he had and went into exile in Paris.

France held a special place in Wilde’s heart, his play Salomé was actually first written in French! It comes as no surprise that Wilde sought shelter and protection in Paris. Unfortunately, it was not what he found here.

Wilde was literally penniless when he arrived in Paris in 1897. He jumped around from low-grade hotel to low-grade hotel, and he wrote very little. The last piece of writing that he finished was a poem called “The Ballad of Reading Gaol,” which recounted his experiences in prison.

Wilde lived in Paris for just 3 years, tragically dying of cerebral meningitis in 1900. He was just 46 years old. 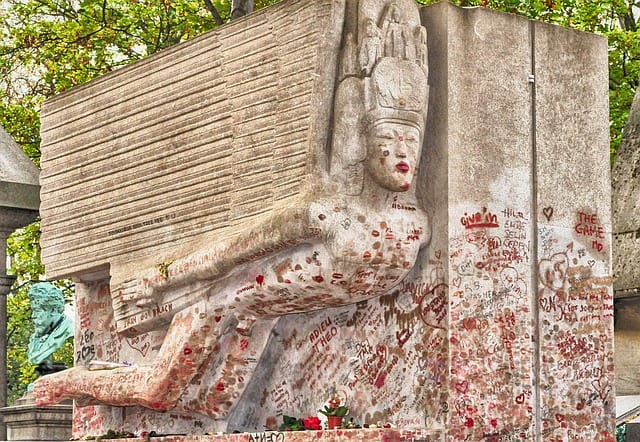 Although Wilde spent just 3 years in Paris, his legacy lives on. You can pay tribute to his life by visiting his massive tomb in the Pere Lachaise cemetery, where you’ll notice that hundreds of people have kissed his grave to pay their respects (keep your eye out for the numerous lipstick marks!). Wilde was originally buried in a “pauper’s” cemetery, in southwest Paris, but 9 years later his remains were moved to Pere Lachaise.

Wilde lived out his last days in the Hôtel d’Alsace in the 6th arrondissement neighborhood Saint-Germain-des-Prés. Today, the hotel has been transformed into the luxurious 5-star L’Hôtel, and you can stay in the room where he died, appropriately named the Oscar Wilde suite.

Wilde may have lived in poverty in the years before he dies, but nowadays he is loved by the French people. Keep your eye out for numerous expositions popping up around the city celebrating his life! In 2016 the Petit Palais featured an amazing exhibit on the author.

Did you know the story of Oscar Wilde and his tragic death in Paris before reading this article? Whether you answered yes or no, I hope you’ve learned more after reading!

As I mentioned, I love Wilde’s work, and I hope you’re inspired to pick up his novel or one of his plays so that you can appreciate his talent too.

Do you want to learn more about the many famous authors and artists that once called Paris home? Click here to discover all of our walking tour options, and get to know this amazing city with our local guides!