Best things to do in Paris sixth district 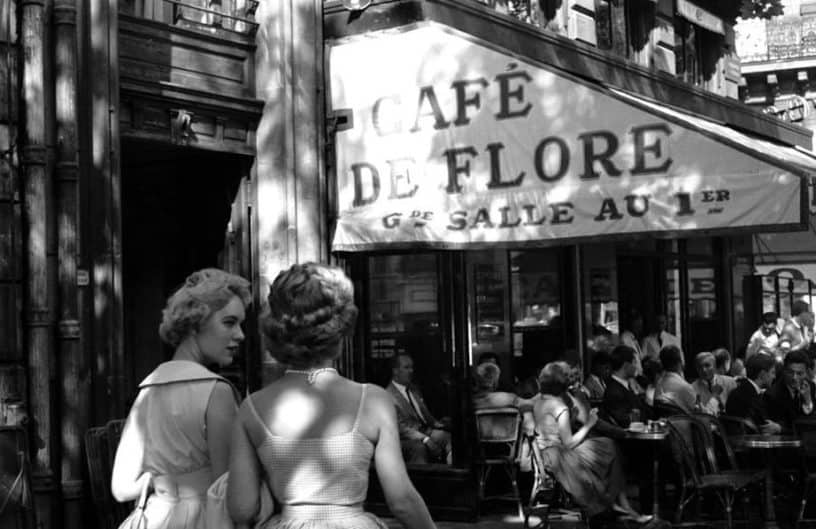 Best things to do in Paris sixth district

As you may know, the city of Paris is divided into twenty different arrondissements, which are administrative districts. They are all different from one another for several reasons. Each district is special in its own way. If you’re coming to Paris, you will visit many of them for sure! Some are more touristy than others. Some are quieter than others! But all of them are definitely worth the visit.

Today I will be talking about Paris sixth district. Most visitors who come to visit Paris want to see and experience all the aspects of the City of Lights. They want to know what the bohemian life feels like, they want to know where are the best Parisian cafés, the best art galleries, the museums, the parks and many more highlights of the city! You can find all of this in Paris sixth district. This area is part of the Saint Germain des Prés neighborhood and part of the Latin Quarter. You will get to go to some famous cafés such as Café de Flore. The sixth district is the perfect example of the Parisian lifestyle. Also, it is a cultural centre with some museums, art galleries and some of the most well-known universities in the world.

During the twentieth century, the sixth district was a refuge for artists and writers. Many of the cafés of the neighborhood were frequented by intellectuals, writers, philosophers… You will love to roam aimlessly and think about the meaning of life there, in one of its cafés. Read on and find out what are the best things to do in Paris sixth district. 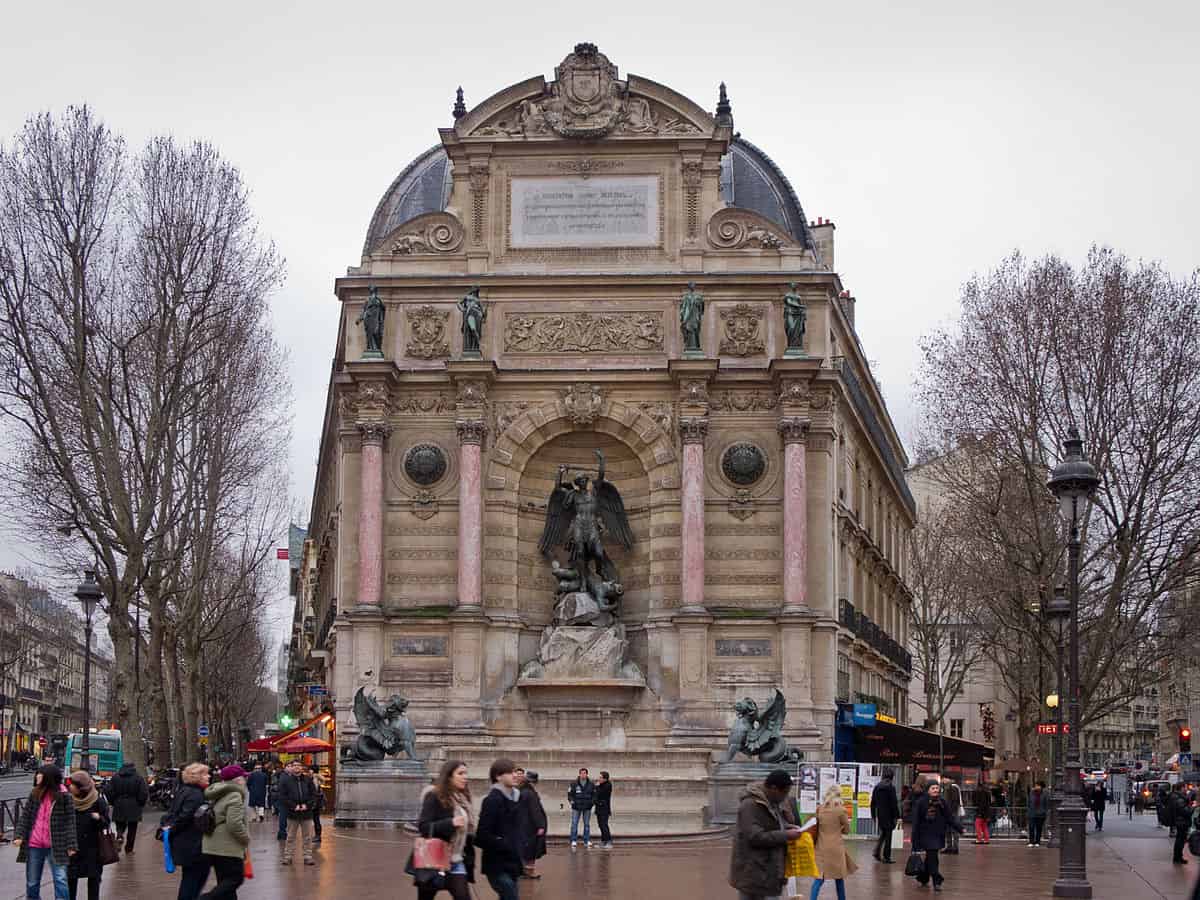 The Fontaine Saint-Michel is first on my list of the best things to do in Paris sixth district, because I consider it to be the perfect place to start walking the sixth district. You can easily get there walking from the Notre Dame Cathedral, and it is easily accessible by public transportation. The metro line 4 and the RER line C will get you there.

The Saint-Michel fountain was built in 1860 by the architect Gabriel Davioud. One sees Saint-Michel surrounded by the cardinal virtues of prudence, courage, temperance and justice. The bronze sculpture, in the centre, represents the victory of good over evil.

Have a picnic at Jardin du Luxembourg 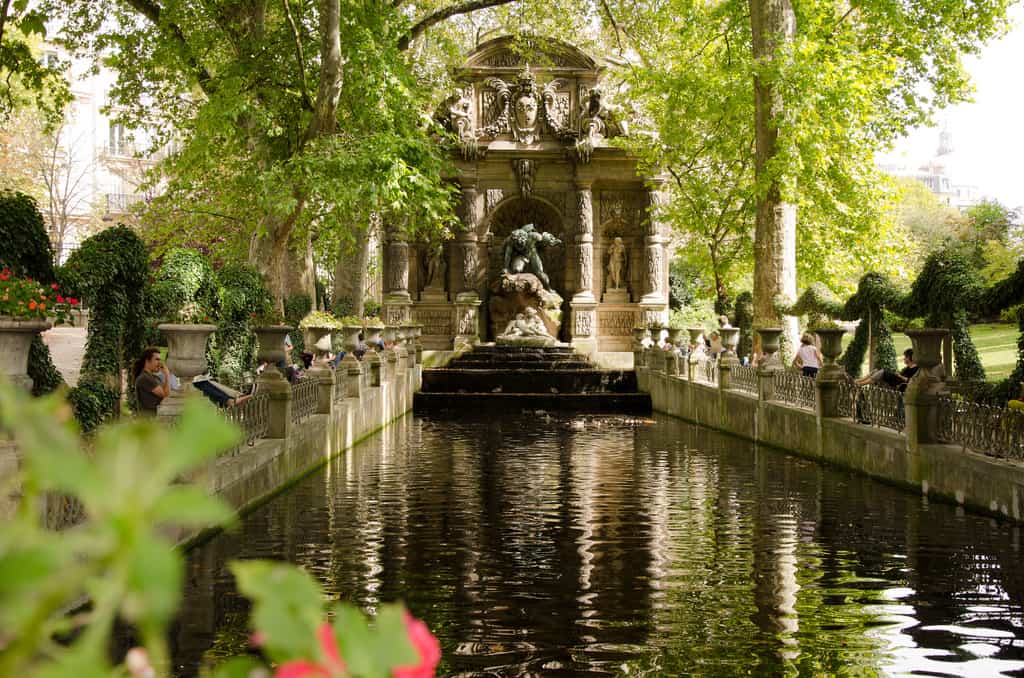 The Jardin du Luxembourg is one of the most famous gardens in Paris. It was acquired by Marie de Médicis who was Queen of France and wife to Henri, the IV. What makes this park worth visiting and part of my list of best things to do in Paris sixth district is its huge size and endless fun-filled activities. Pony-rides, merry-go-rounds and carousels are just some of the many things you could do in this 25-hectare garden. During the coolest months, you will love walking the garden and enjoying its autumn colors. During the warmest months, you will love watching the garden flourish and seeing its beauty coming out strong. 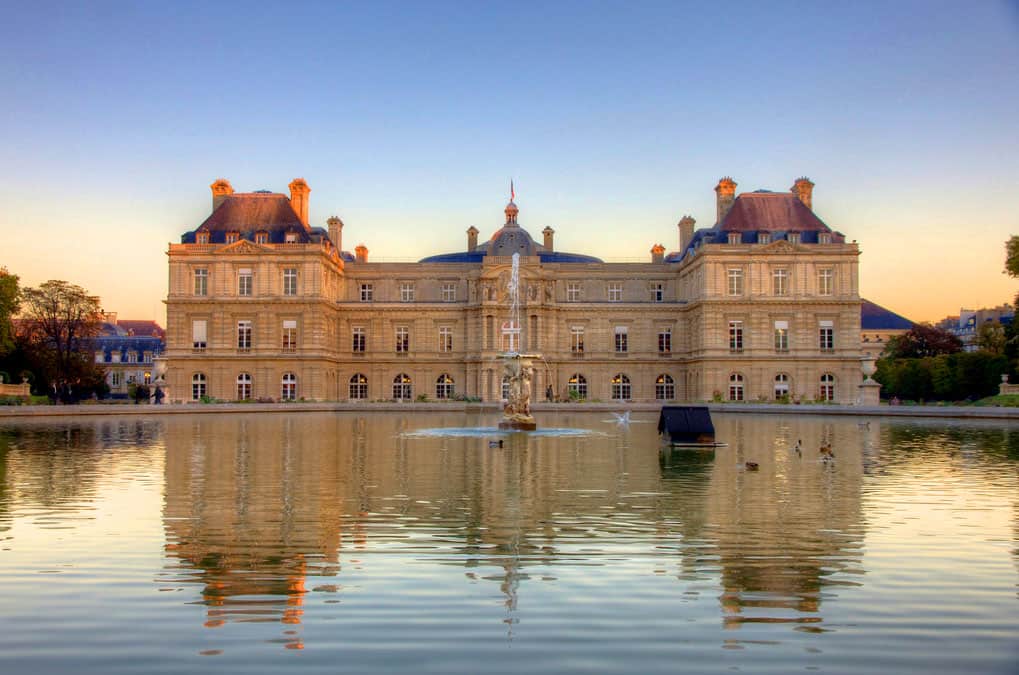 Next on my list of the best things to do in Paris sixth district is to visit the Palais du Luxembourg if you have the chance. It was again Marie de Médicis who ordered the construction of the palace to the architect Salomon de Brosse in 1615. The palace was one a prison during the “Reign of Terror”, and then, in 1799, it became the headquarters for the French Senate. Some visits of the Palais du Luxembourg are organized on Mondays, Fridays and Saturdays and the members of the Senate isn’t working. 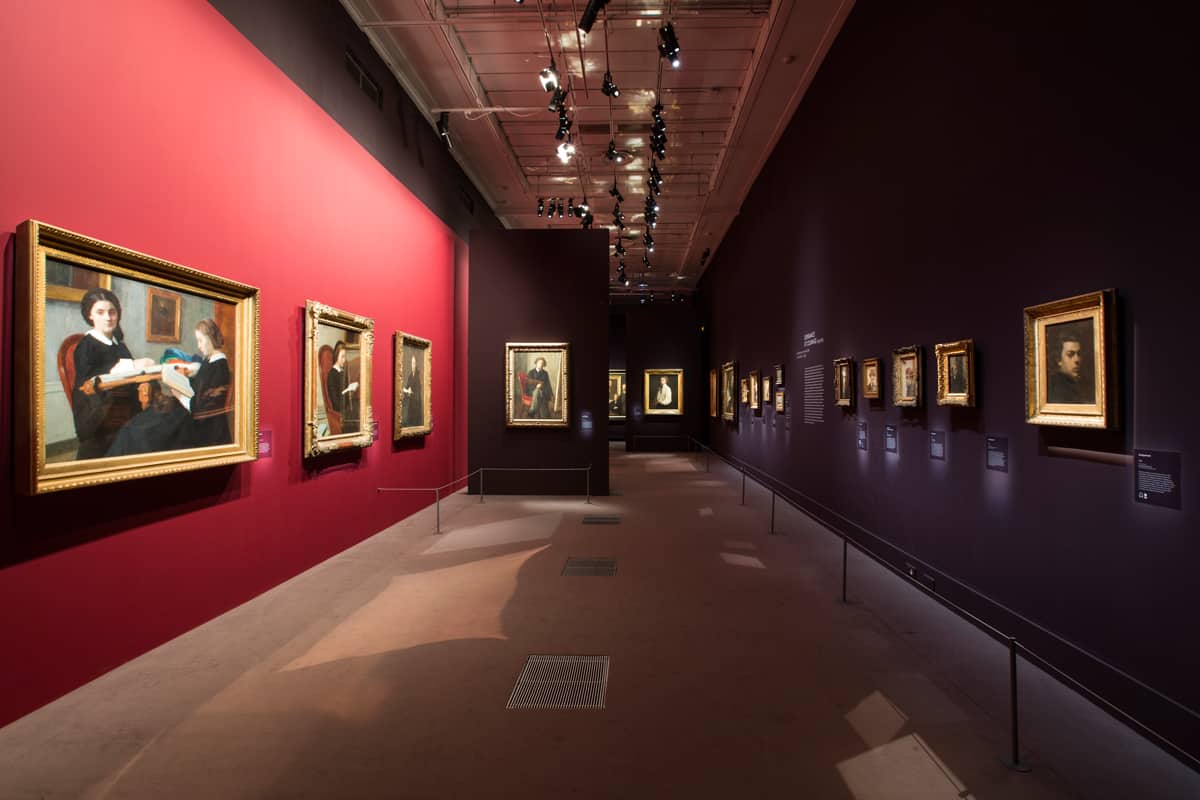 The Musée du Luxembourg was the first French museum that opened to the public in 1750, and since 1818, it became the first contemporary art museum. Located at 19 rue Vaugirard, you can attend interesting exhibitions at this museum. At the moment, there’s the “Tintoret, naissance d’un génie”. For 13 euros, you can discover this Renaissance painter and all its most important works!

Have a coffee at Angelina 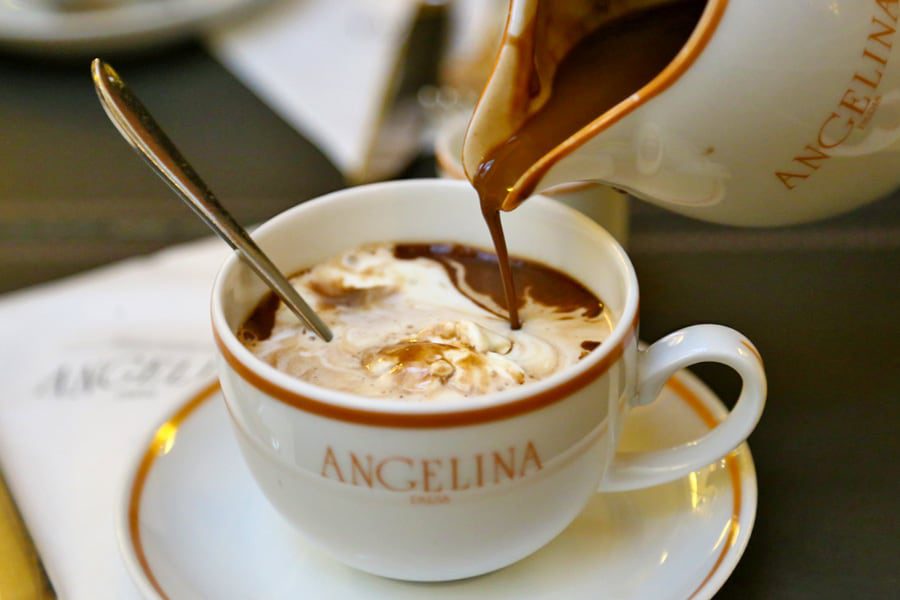 After visiting the Musée du Luxembourg, you should go to the Angelina café that is right by the museum. You can enjoy the best hot chocolates! It is definitely a place to go to during a cool and rainy day!

Have a peaceful moment at Eglise Saint Sulpice 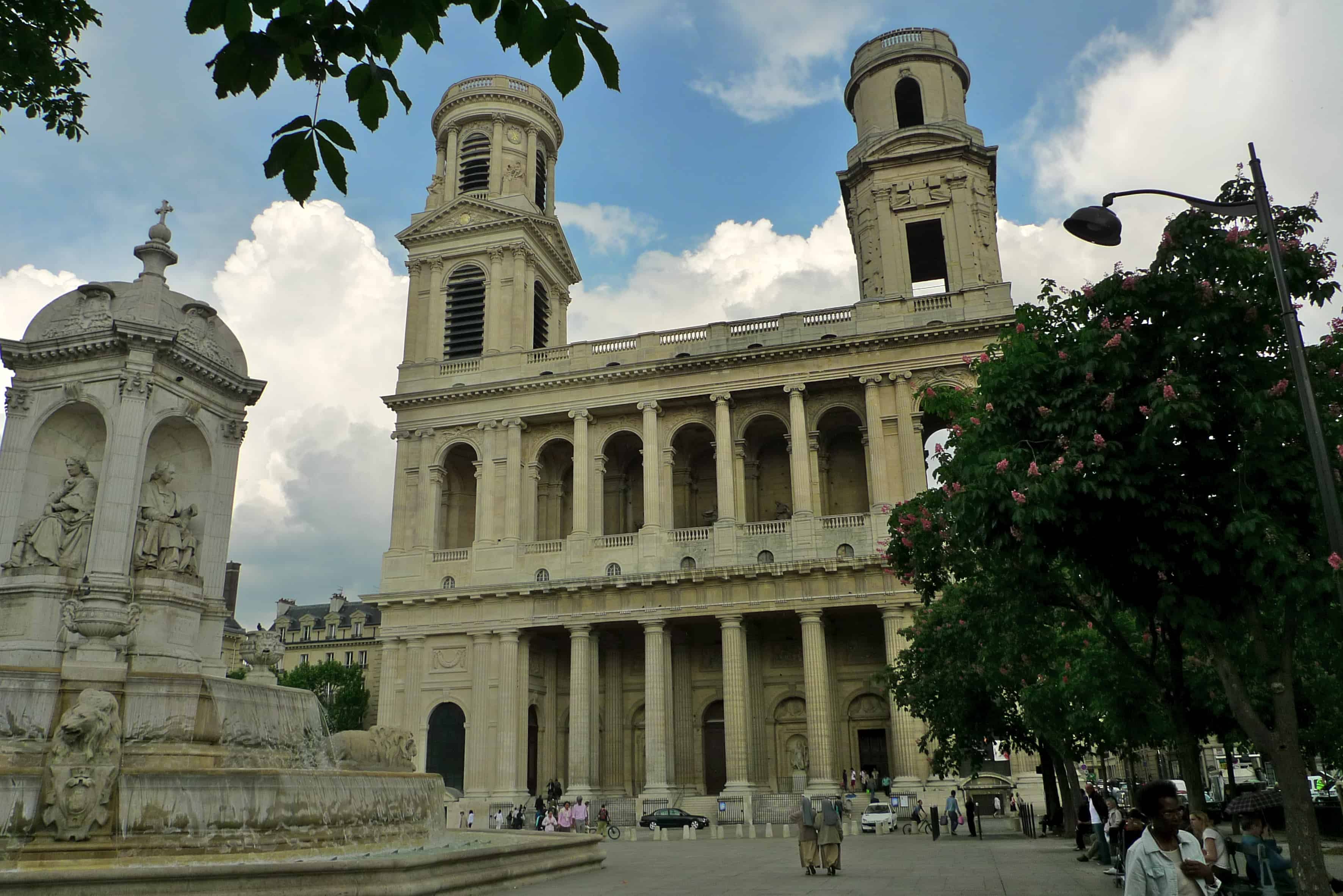 You probably already know this church from the Da Vinci Code! The construction of the Eglise Saint Sulpice</strong began in 1646 and ended in 1870. You will find it right by the Luxembourg garden, on Saint-Sulpice Square (Place Saint-Sulpice). You will be mesmerized when watching the sunset as it hits the church’s facade. This church is really beautiful, especially its exteriors that are quite unique! Plus, inside the church, you will get to see several Delacroix paintings! 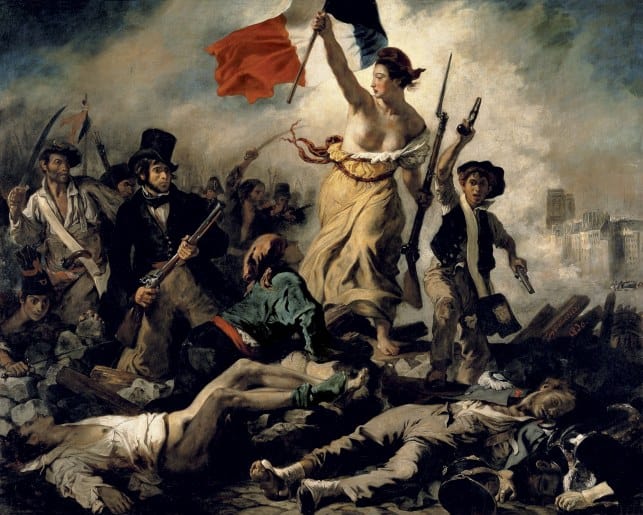 The artist Eugène Delacroix moved to Rue de Furstenberg in 1857 to get closer to the Eglise Saint Sulpice because he was entrusted with the task of decorating one of its chapels. What used to be his home and workshop is nowadays the Musée Eugène Delacroix! The museum is open everyday but on Tuesdays. The ticket entrance costs 7 euros, but is free for people that are aged under 26 years old living in the European Union. At the Louvre Museum, you can buy a Louvre-Delacroix combined ticket for 15 euros that will enable you to enjoy free admission to the Musée Eugène Delacroix.

Talk with the locals at Café de Flore 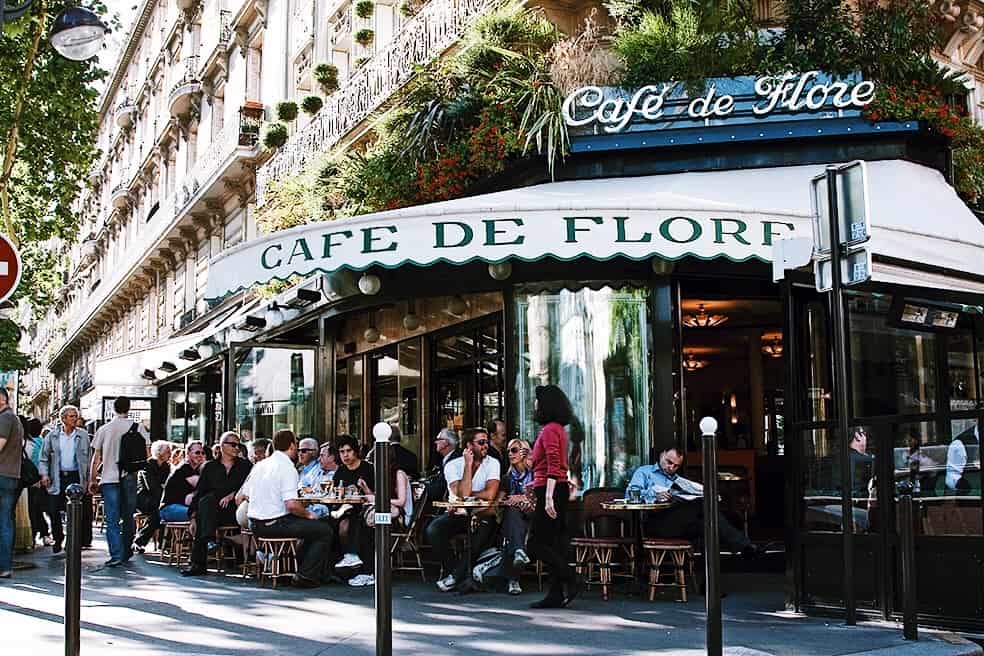 In the Saint Germain des Prés neighborhood, you will find the famous Café de Flore. Located at 172 Boulevard Saint-Germain, it is open everyday from 7.30 am 1.30 am. Inaugurated in 1885, this place has been since then the meeting place for intelectuals, artists and important French figures. George Bataille, Robert Desnos, Pablo Picasso are just a few of the café most famous clients. Jean-Paul Sartre and Simone de Beauvoir used to spend hours in the Café de Flore. The café was like their second home! The prices are a bit excessive, but it is worth having a coffee while people-watching in this café to experience all the Parisian charm.

Get inside the boutiques of du Commerce-Saint-André 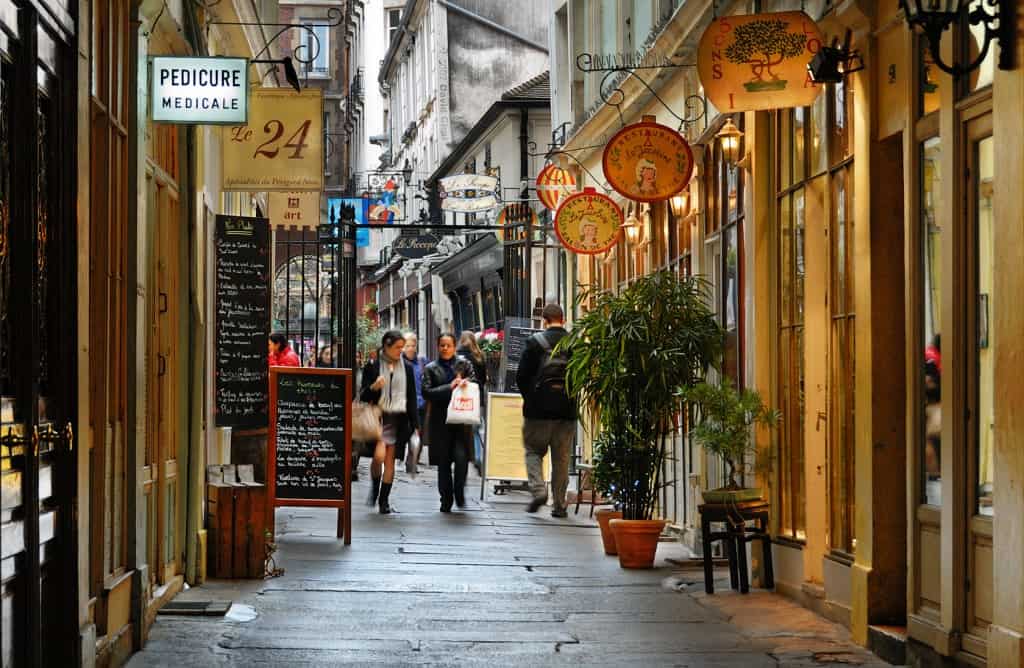 Have a drink at Rue des Canettes 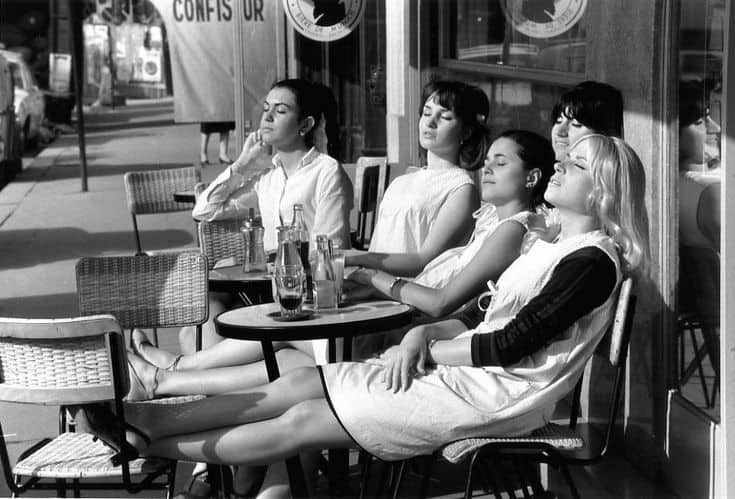 You now know some of the best things to do in Paris sixth district! I hope you’ve enjoyed reading this article and that it has been inspiring to you! Don’t hesitate to contact us if you need further information about anything! This cultural district is filled with history where many intellectuals walk the streets, spend time in the cafés, and talk for hours! Explore the Latin Quarter, the Saint Germain des Prés, experience the “Parisian lifestyle” to the fullest and understand Parisian perspectives on life.