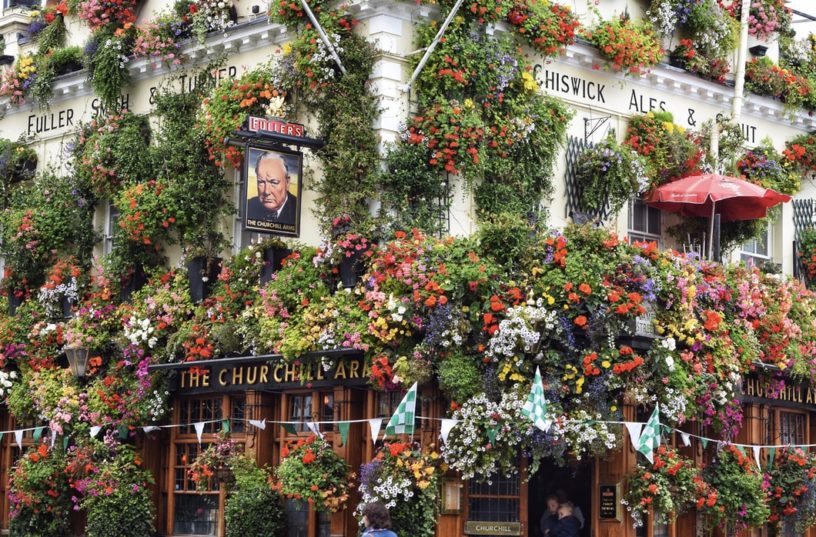 Despite the plethora of tourists who come through Notting Hill on a daily basis, this neighborhood is actually founded on a very small, very strong sense of community between the locals.

It’s a very romanticized part of London, largely thanks to Hugh Grant and Julia Roberts; and while most of the face value acclaim is very accurate, there are also many hidden sides to this charming neighborhood. Let’s visit, shall we?

Where is Notting Hill

Notting Hill is part of the Royal Borough of Kensington and Chelsea, situated in London’s western side.

Anyone who has taken a guided walking tour through this part of town would likely use the words“aristocratic” or “affluent” to describe it. And that it is. Nothing Hill is one of the most upmarket places one can live in London; it is known to house celebrities and a few British royals who didn’t crack an invite into the place. 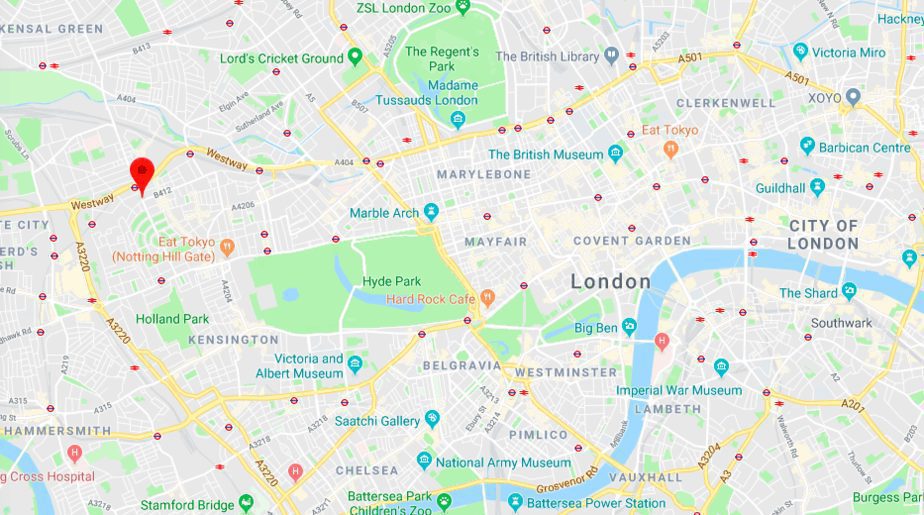 I like to think of Notting Hill in proximity to Hyde Park; it makes it easier to remember. If Hyde Park is a rectangle, then Notting Hill falls on the top left corner; Buckingham Palace would then fall on the bottom right corner — can you picture it?

Notting Hill is cosmopolitan and fabulous; you won’t find £5 falafel and budget hostels anywhere around here. Read on and I’ll let you a bit more.

Everything I’m about to tell you will be far better relayed via a guided walking tour of the Notting Hill district; but let’s go ahead anyway.

The first mentions of Notting Hill date back to the 14th century, but it was only much later in the 18th century that this village got really well known because of its impressive pig farms. The soil here was incredibly fertile, thanks to all the manure, and this brought much interest into the west. 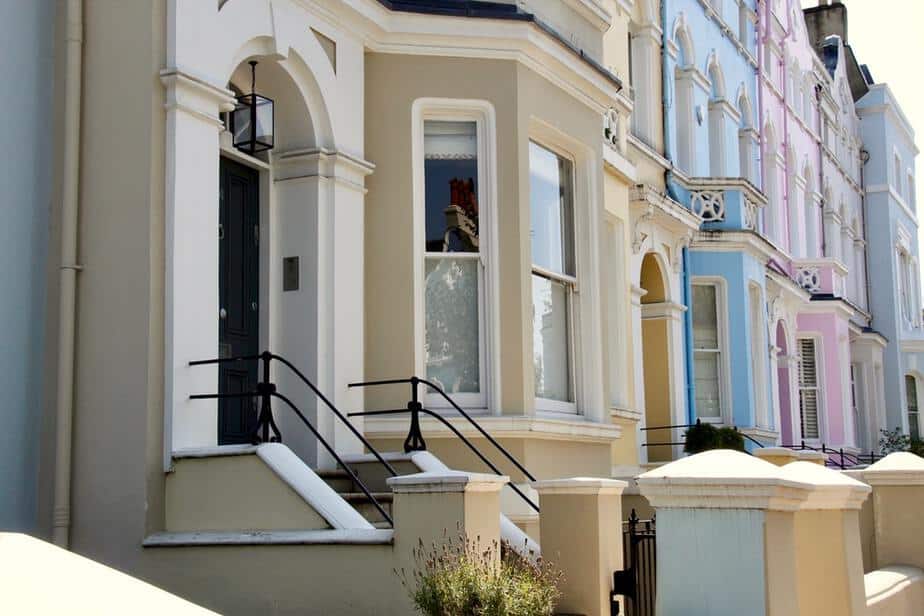 Notting Hill remained largely under the radar until the 19th century, when the city of London sought to drive land expansion. It was taken over and transformed into a neighborhood for wealthy folk; but they were not interested in relocating so far west and property sales struggled.

Middle-class folk moved here instead when the prices had to be brought down, and remained here until the war when this neighborhood was hit quite hard in the bombings. It was only very recently in the 60s that infrastructure was properly reconstructed, and the neighborhood has been on the rise ever since. 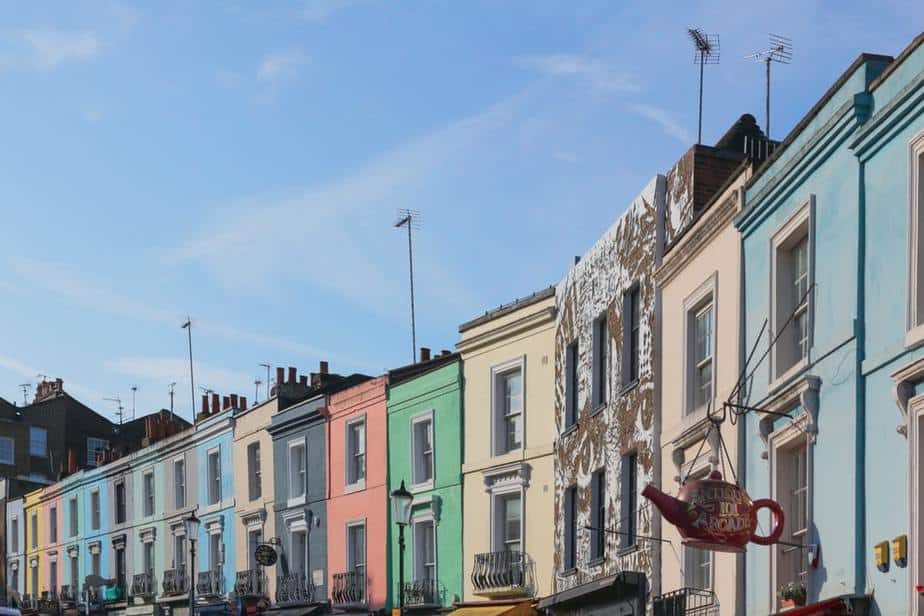 Rich neighborhoods in London always have plants and trees lining the streets that the lower class boroughs simply don’t. For this very superficial and aesthetic reason, Notting Hill is a treat to visit in the spring or summer months, when everything is blooming and green.

This would also be a good time to visit if you’d like to combine your trip into the deep west with a sunny walk in Hyde Park. That being said, I am a sucker for the wonderland that is Hyde Park in the winter — and Notting Hill is charming year round! 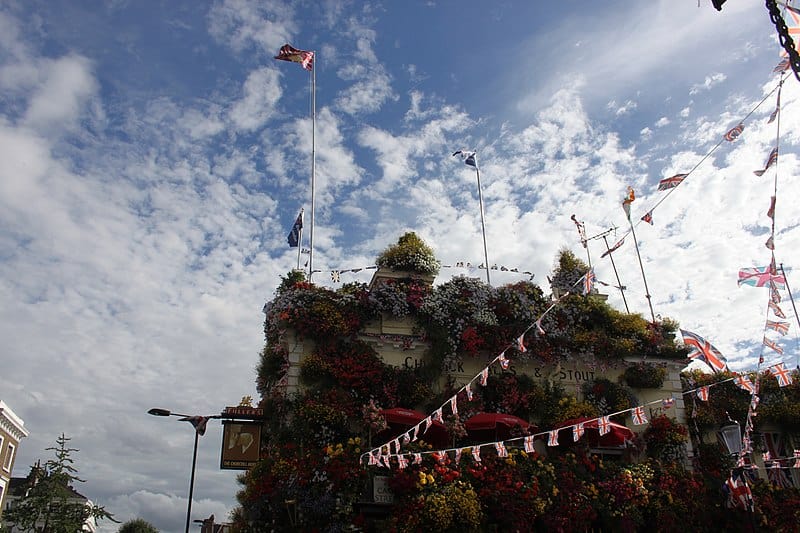 In terms of logistical factors; if you’re not a fan of crowds and chaos, you’ll want to avoid Notting Hill on weekends. It becomes a village of ‘staycations’ for both travelers and London locals who like to splurge a bit on their days off.

If you can brave the masses, then Saturdays in Notting Hill are great. This is when the market takes place and people take to the streets all day.

Notting Hill in the week is wonderful. There are never queues for cafes, always empty seats at the bars and daily life goes right by you; it’s immersive and authentic to the neighborhood.

Another thing wealthy neighborhoods have is great cuisine variety. The neighborhood is littered with restaurants and cafes, all out charming one another with their pleasant exteriors and refined menus.

A village hot-spot is the Westbourne Grove. It’s a conglomeration of cafes, restaurants, flower shops and boutiques. It’s the trendiest place to dine, but also great for a simple stroll should there be no table availability anywhere (this happens often). 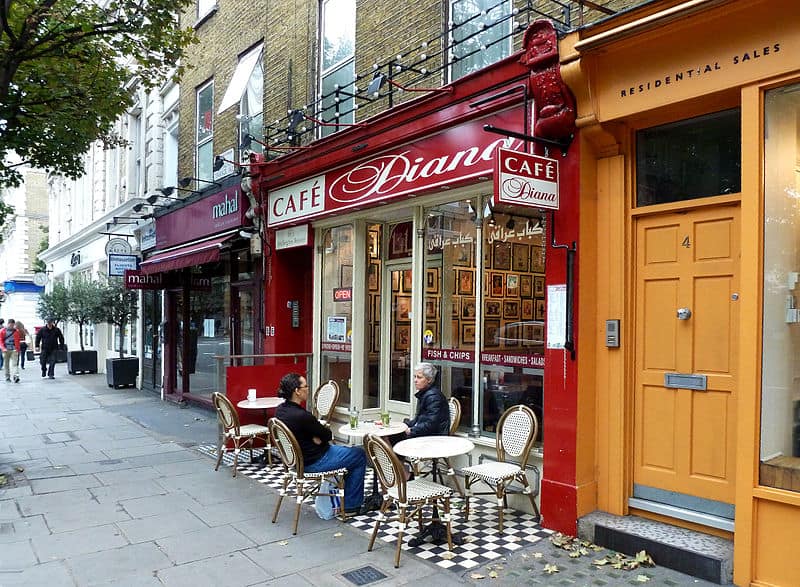 One thing I do love about Notting Hill are the bookshops. There’s one on just about every block and they all offer very different collections so to be able to thrive amidst all the rest. Some specialize in cookbooks, some in fashion, others will hold the classics and there’s even one where you can get first edition copies of Harry Potter.

Finally, the bars. Notting Hill is not a neighborhood that looks like a raging party place from the outside, but the bars can definitely hold their own. 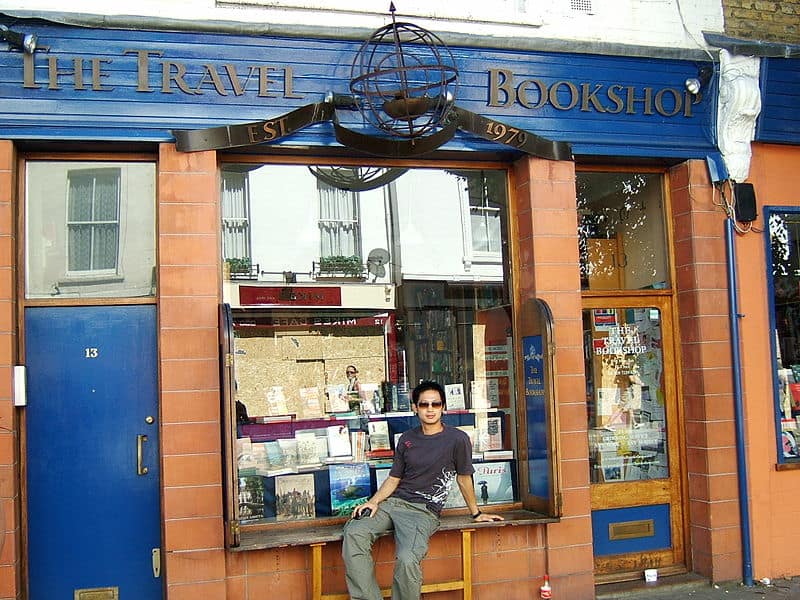 Like I said, there won’t be any £2 tequila specials floating around, but you’ll definitely have a very “cheeky” night out in the cocktail lounges, hotel bars and very British pubs round the corner.

The Walmer Castle is a notorious local pub in Notting Hill, that servers Thai food. Yes, read that sentence as many times as you need to.

Portobello Road is the most famous street in all of Notting Hill, and people come from far and wide to walk this strip and purchase trinkets from the many boutiques and vintage shops.

The Portobello Road Market takes place daily and is the biggest antique market on the planet. It’s an unmissable Notting Hill attraction, particularly on Saturdays when all the vendors are open simultaneously. 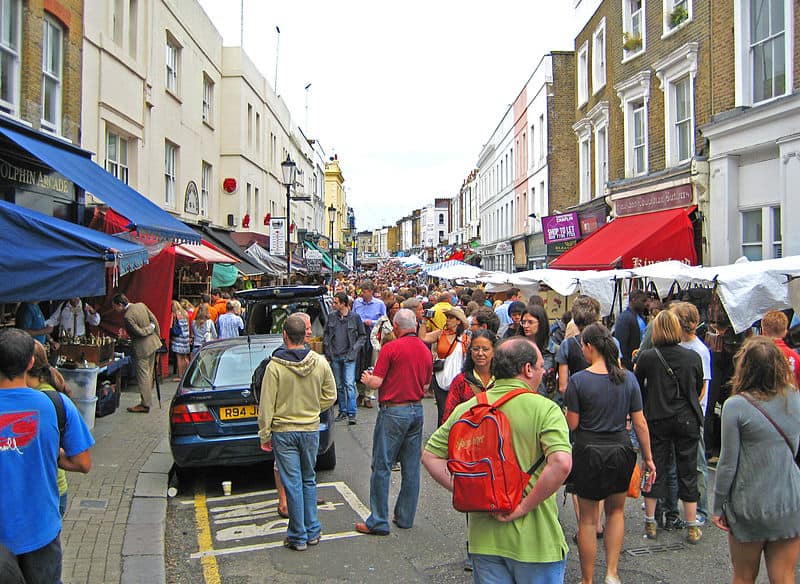 Like any market in London, come early before all the good stuff is gone and the crowds become manic!

OPENING HOURS: Monday TO Sunday –  9am to 6pm