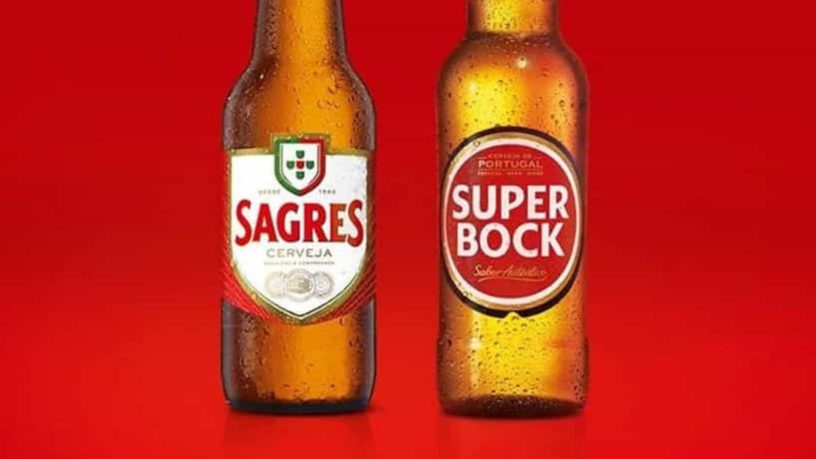 Superbock: The most popular one 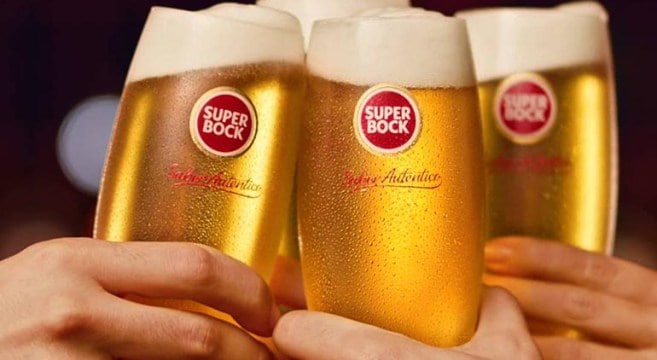 I have to start this list with one of the first beer companies founded in Portugal and one of the best ones in my opinion, if not the best.

Born in 1927, Super Bock is the most well known beer in Portugal and it has established its top place in the market since 1992, being the number one choice of Portuguese people when it comes to beer selection.

Throughout the years, Superbock has launched several different kinds of beers, such as:
Super Bock Stout – The dark beer version of Super Bock Original
Super Bock Green – The original Super Bock beer but with a taste of lemon and less alcohol.
Super Bock Abadia – The homebrewed flavoured beer with a ruby colour.
Super Bock 1927 Selection – A wide range of artisanal beer selection from 1927
Super Bock with No Alcohol – Same as the Original Super Bock but without alcohol.

This Portuguese beer company has also been one of the main sponsor for several cultural activities in Portugal, such as the Expo’98 and the Cinema Festival of Porto – Fantasporto . Super Bock has also created one of the best music festivals in Portugal, which is the Super Bock Super Rock and has brought many worldwide known bands to its stages over the years since the foundation of the festival in 1995.

Sagres: The most Portuguese beer

Sagres is the second best Portuguese beer you can drink. Some organizations even say that, after 2008, Sagres surpassed Super Bock in leadership when it comes to beer sales, but in my opinion Super Bock still is better.

But don’t get the wrong idea, Sagres is an excellent beer and has established its ground in Portugal since 1940 and being the number one choice for many Portuguese. Sagres has a small but good variety of beers and those that are still available in the market are:
Sagres Radler – a Sagres beer but with taste of lemon and less alcohol.
Sagres Bohemia – Intense fruity beer, ideal to drink with meals with higher alcohol percentage.
Sagres Dark – A darker beer, with an even more intense flavour.

And as almost any beer brand there is always the alcohol free versions, and Sagres has taken a step there and not only produces the normal version but also the darker version, both of them alcohol free.

Cristal: The cheapest one 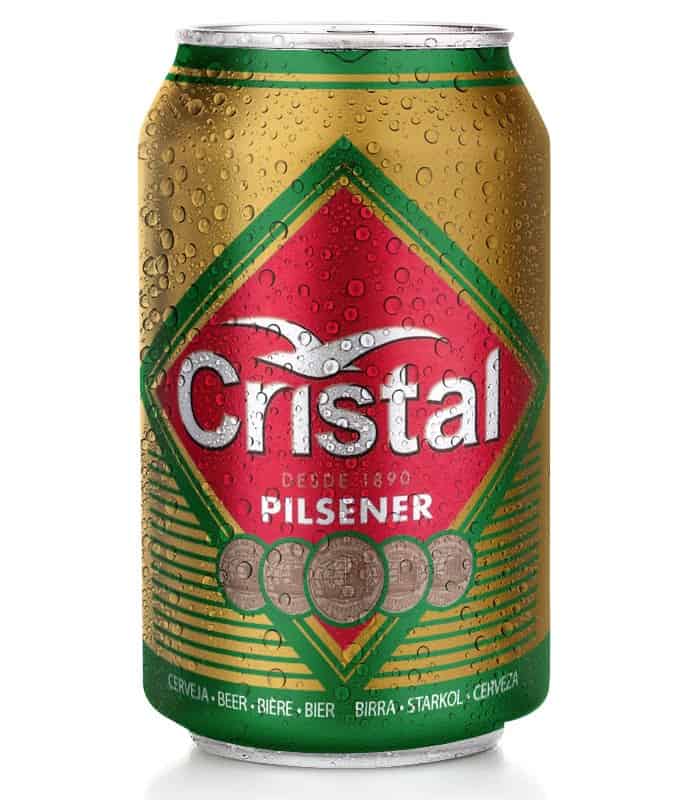 This amazing brand is the pioneer of beer companies in Portugal, being in production since 1890 and being remembered by those who fought in the World War I and II as one of the best beers available.

Since Super Bock and Sagres obtain almost 90% of the beer market, this brand is almost left aside by customers, being seen as a poor choice of beer, but in fact it is not. It has great taste and the choice of cereals is a bit different from the main two largest companies. It is also a very cheap option in comparison to other beers, and is often a number one choice for many students in Portugal because of its cheap price. Being completely overtaken by Sagres and Super Bock, Cristal still is the third best selling beer for Portuguese people, some prefering this beer over foreign brands like Carlsberg or Heineken. 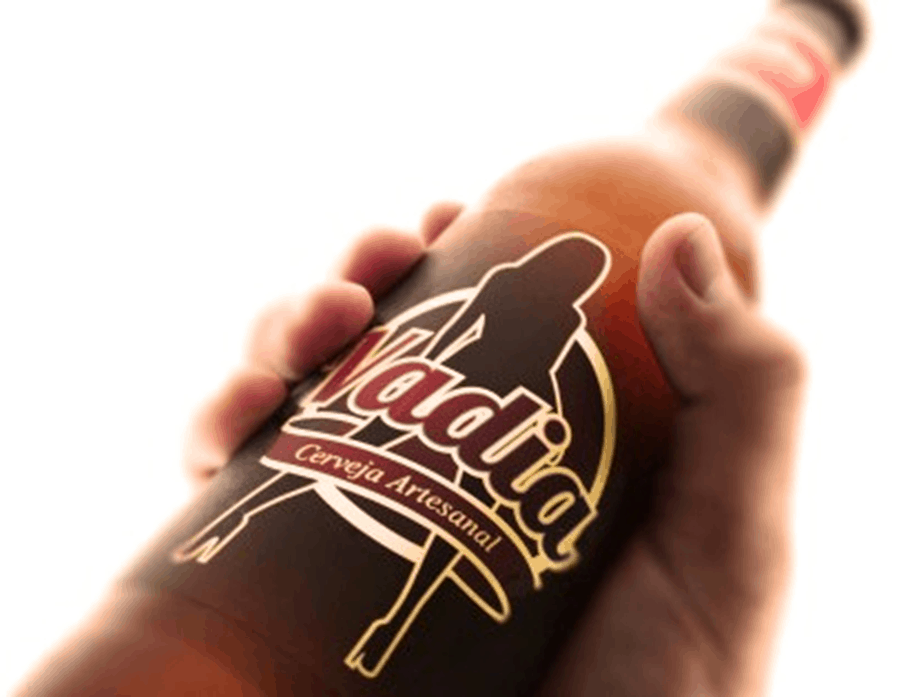 As for handmade beers or as some might call it homebrewing beers, Vadia is clearly the number one on this list, according to me.

Vadia is a homebrewed beer made in the north of Portugal and was created by three friends who had a passion for homebrewed beers. Nicolas Billard, Nuno Marques and Victor Silva first started the company in a very small place in 2007. Since then, the brand has established its place in the market, and is one of the most known homebrewed beers of Portugal.

Since 2015, the company needed a bigger place with more capacity for beer production and an area where these beers could be tasted and so, they created the Vadia BrewPub in Osselas, Oliveira de Azemeis. In this place, you often find various performances along the year, such as live music shows, stand up comedy and much more. They also serve food and, of course, all the famous different kinds of Vadia beers they have available. 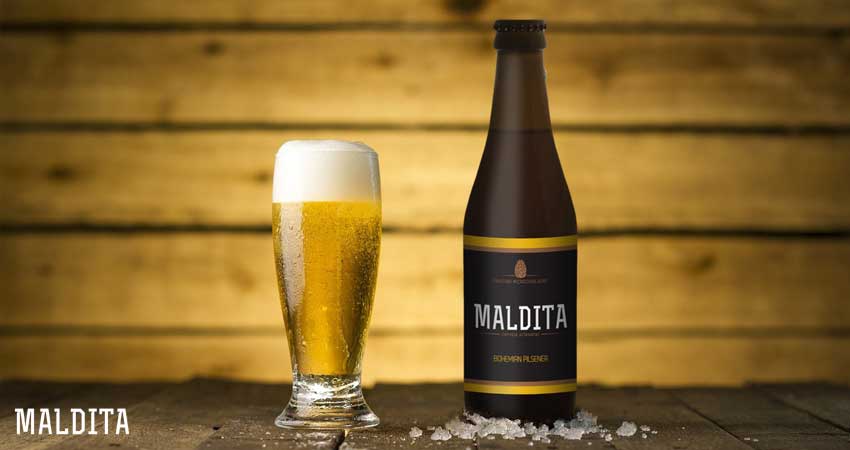 Maldita is one of the newest homebrewed beers in Portugal and has established its foot in the market right away. Since 2012 a father and son, Artur and Gonçalo Faustino, two engineers from Aveiro created the brand and only after two years in the market, the brand received its first award in the World Beer Awards of 2014 with one of their products, the Barleywine, most known in Portuguese as “ruiva” being a red coloured beer with an intense cereal sour flavour.

In 2015, their darker version of Maldita beer, the Robust Porter won the second place in the International Dark Beer Competition on the International Brewing Awards 2015. Since then, this brand has begun to expand their market in the world, being one of the most notorious homebrewed beers in Portugal and Europe.

Their focus is mainly on three products: The English Barleywine – red fruited version, the Robust Porter – the darker sour version, and the Bohemian Pilsener – the blonde and classic version.

The beers I’ve just listed in this article are the most popular ones in Portugal but there are many other that deserve to be mentioned such as: Tagus, Imperial, Cergal and Cintra. If you want a fun fact about asking for draft beers in Portugal is that if you are visiting northern cities such as Aveiro, Porto or Minho Region the regular way to ask for a draft beer is to call it a “fino“, but if you are in the south of Portugal, Lisbon, Sintra, Setubal or Algarve, people normally ask for an “imperial”. This is due to internal linguistic differences in Portugal, but the beer will always be the same draft beer. I hope you’ve enjoyed the article!