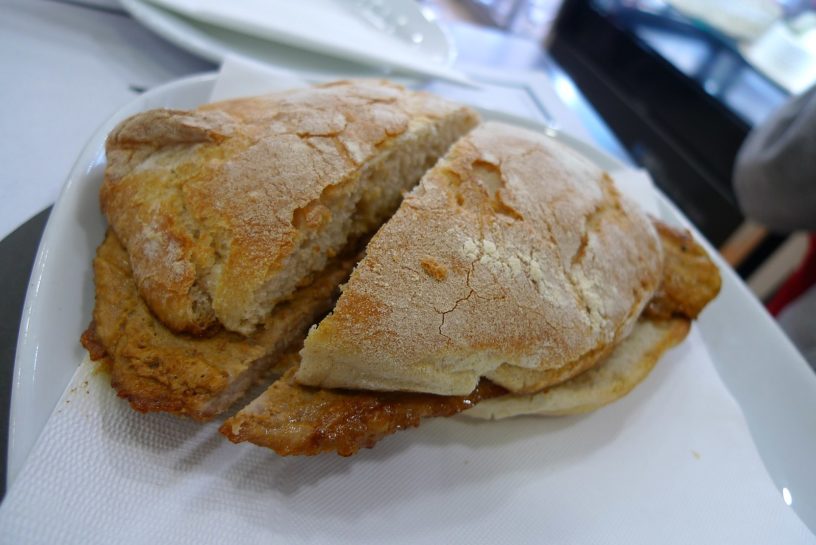 During your first trip to Portugal sampling foods will be one of the most important components to your trip.

You’ve likely already heard of bacalhau and cozido, but I’m here to introduce you to bifanas.

These tasty sandwiches are made by stuffing a Portuguese bread roll with marinated pork slices. The pork is drenched in white wine, paprika, olive oil and thick garlic slices.

They are Portugal’s favorite sandwich, and you’re going to want to try one or five while you’re in the capital. Not a fan of pork? No problem. Lisbon just got their first plant based bifana at a small eatery in the center. Read on and I’ll tell you where!

Beira Gare is a no frills, hole in the wall spot close to Bairro Alto. You’ll order over the counter, and eat in fast-food style, but there are a few tables and chairs inside of the shop for dining in. 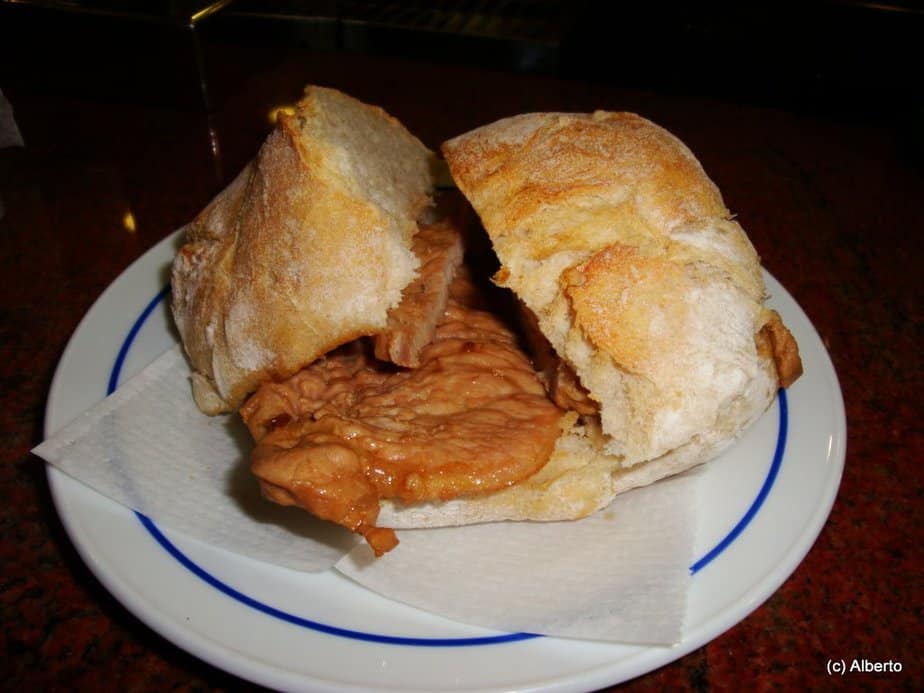 This is one of the top spots in the city for bifanas — and the staff know it! This shop has been here for years, with the same recipe and unwavering quality.

The bifanas are wonderfully authentic, but so are their Portuguese sardines and pastel de natas. One can really have a full blown cultural experience in this tiny dining hall. Come hungry!

Opening Hours: Monday to Sunday — 6am to 10pm

If you tend to trust the opinion of food critic Anthony Bourdain, then you’ll want to try your first bifana at O Trevo in Bairro Alto.

Don’t let the celebrity endorsement deter you; this is one of the cheapest spots to eat in the city. You’ll pay less than €3 for your bifana, with leftover change to get yourself a beer. 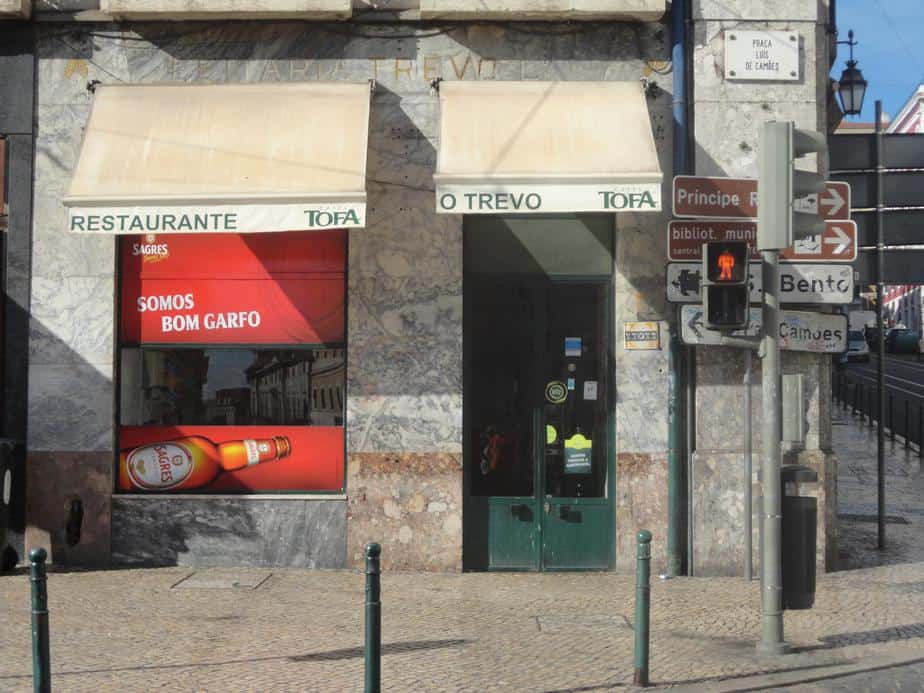 O Trevo in Lisbon – by O Trevo – Sourced from their Facebook

Because of who I am as a person, my bifanas are always doused in mustard and chili oil. O Trevo makes these condiments fresh and I would highly recommend you do the same!

AO 26 is a vegan food project in the lower end of the city center. You’ll find the restaurant just a short walk from Lisbon’s famous pink street.

This is where the city’s first vegan bifana lives. Made entirely of plants, this is the closest existing rendition of the dish suitable for those who prefer not to consume animal body parts. 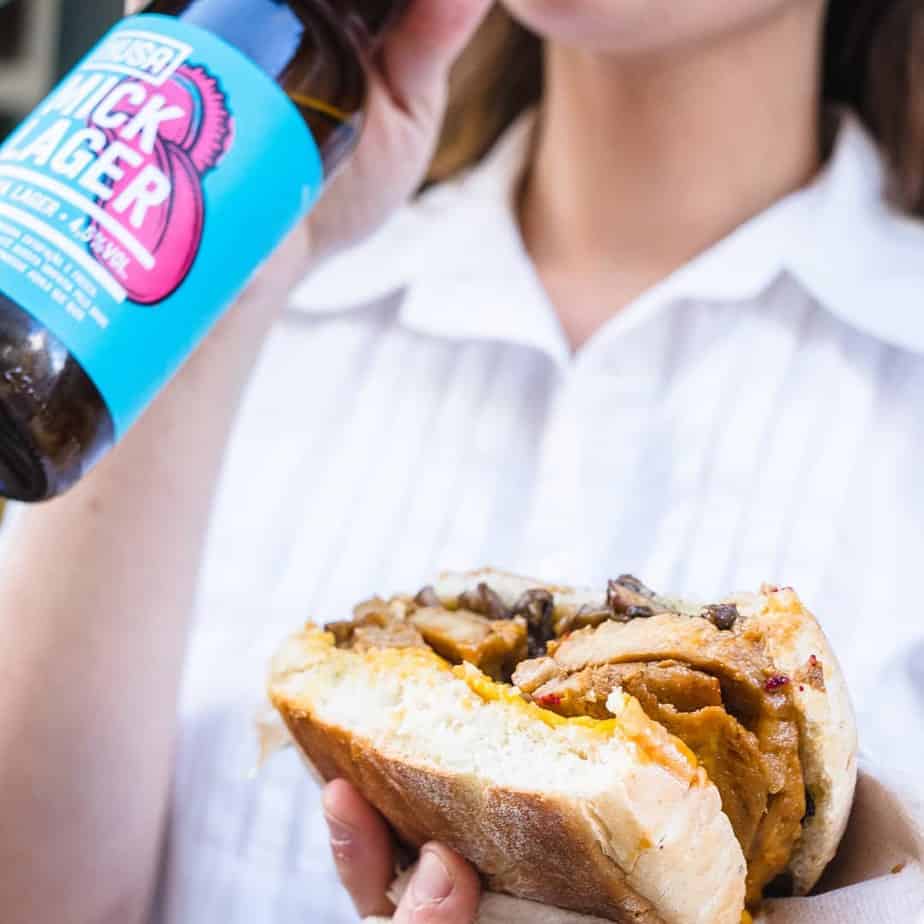 AO 26 do a few other traditional Portuguese dishes entirely plant based. To dine here for dinner you will need to book well in advance.

As Bifanas do Afonso in Lisbon

Got €2 to spare on an authentic bifana sandwich in the most historic neighborhood in Lisbon? As Bifanas do Afonso is situated in the Alfama, and are the best bifanas in this district hands down. 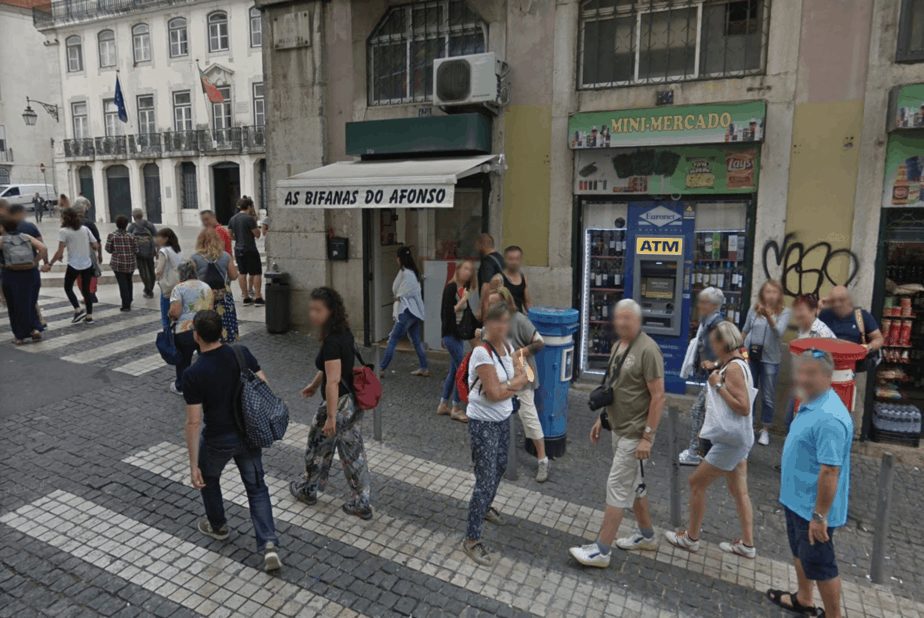 These bifanas are served with the convenience of fast food. They’re ready within seconds and the cafe turns customers like clockwork. Don’t be put off by the constant crowding that seems to congregate in the space — you’ll rarely have to wait for food.

There aren’t many bifana spots in Chiado that I would deem worthy of writing home about. Casa Das Bifanas is just north of the Chiado center, close to the Carmo Convent.

This cafe eats, sleeps, dreams bifanas. They too perfected their brand many years ago and have managed to retain consistency over the years. Most of their clientele are local residents who won’t eat their bifanas anywhere else — which says a lot because locals tend to avoid coming into Chiado like the plague!

Note that an additional charge of €2 automatically applies to anyone who chooses to dine in.

Keep bifanas aside for a minute; Ramiro is a very important eatery to the history of Lisbon as we know it.

Established in the 1950’s, this three story restaurant is a local celebrity when it comes to seafood and traditional Portuguese dining. 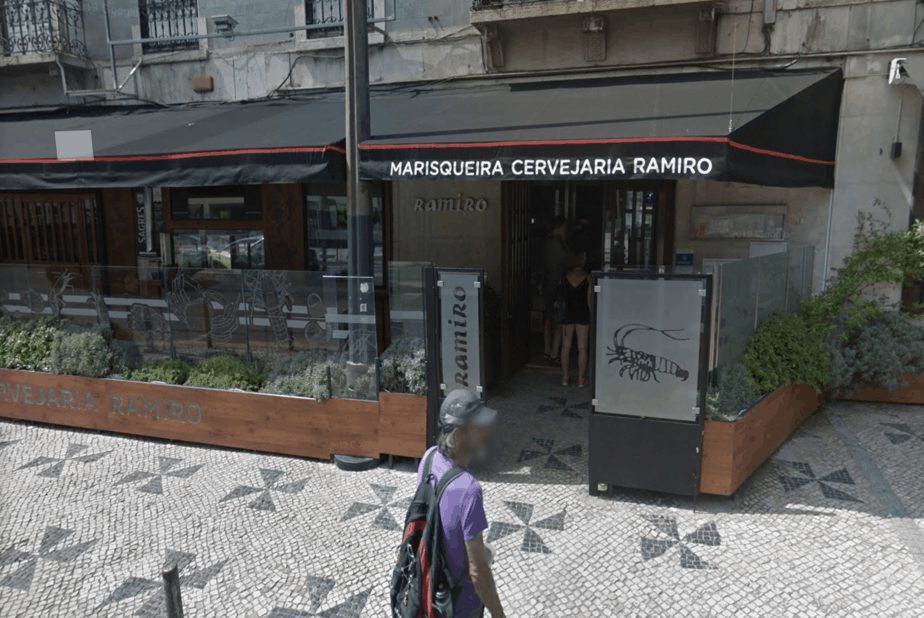 Ramiro in Lisbon – by Ramiro – Uploaded by them

Despite having ample floor space, getting a table here can take up to an hour, regardless of the time of day. Most come to gorge on fresh seafood brought straight into the restaurant from the harbor, but the bifanas are outstanding, too!

Unlike the bifana shops we have already looked at, dining here will cost a lot more than just a few euros.

Parreirinha do Chile in Lisbon

Somewhere in Lisbon’s residential area lives the “king of bifana”. He and his wife run this tiny eatery called Parreirinha do Chile, pumping out hundreds of their authentic bifanas each day to curious travelers.

They have other items on the menu like prego rolls and panados; there’s even an omelette on offer. Don’t be swayed by choice, stick with a bifana!

Opening Hours: Monday to Saturday — 8am to 7pm