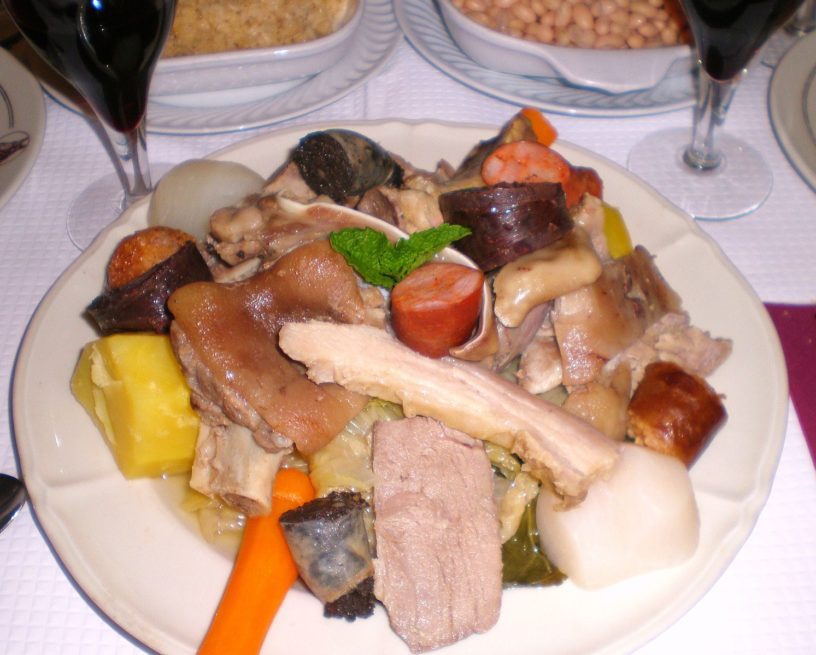 The further and wider your travel in Europe, the more the cuisines will amaze you.

There are a lot of dishes in Portugal that make toes curl at the thought of biting into them, but one thing I do appreciate about Portuguese culture is the effort to make use of the entire animal when cooking with meat.

If it’s going to die, might as well use the whole thing, right?

Most foreigners would consider the following ten eats undeniably weirs, but to the Portuguese it’s just your average lunch.

1. Tripas a Moda do Porto

It’s a thing, and Tripas a Moda do Porto was placed onto it when the contest was first inaugurated.

Tripas a Moda do Porto originated in the north of Portugal. It’s a stew made from sausages, beans and the stomach of an animal. Different variations of the meal have been made using an array of animals, but the most common is usually a cow or a sheep. 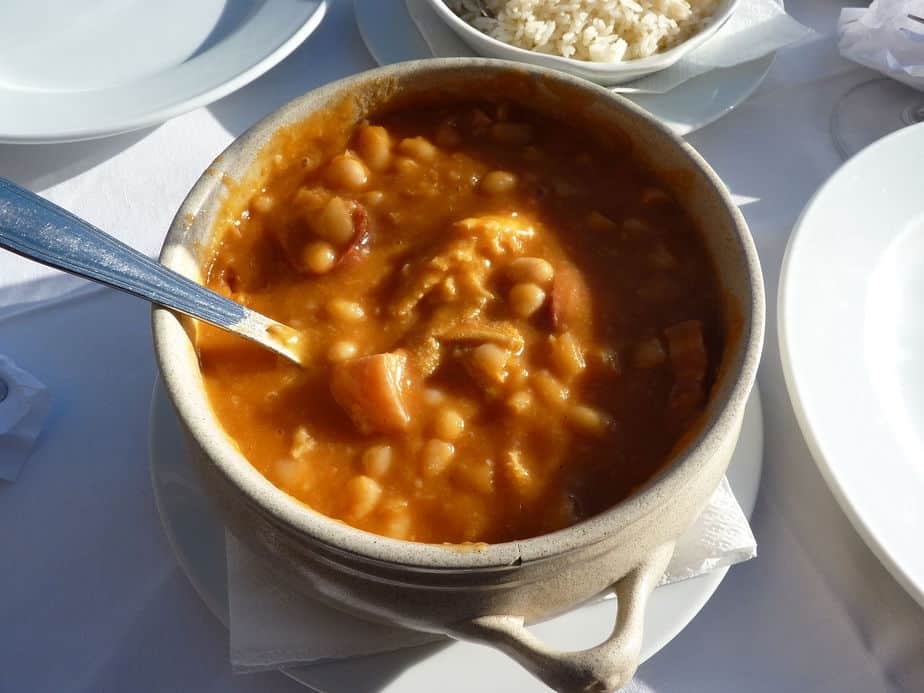 Also hailing from the north of the country, Cabidela appears to be just another meat stew accompanied with rice.

You’ll find it on the menu of a lot of traditional restaurants throughout the country. The “weirdness” occurs during the cooking process.

Cabidela is usually made with either rabbit or chicken. Prior to the cooking of the meat, the dead animal is suspended over the pot so that the blood can flow down and form the broth. Nice. 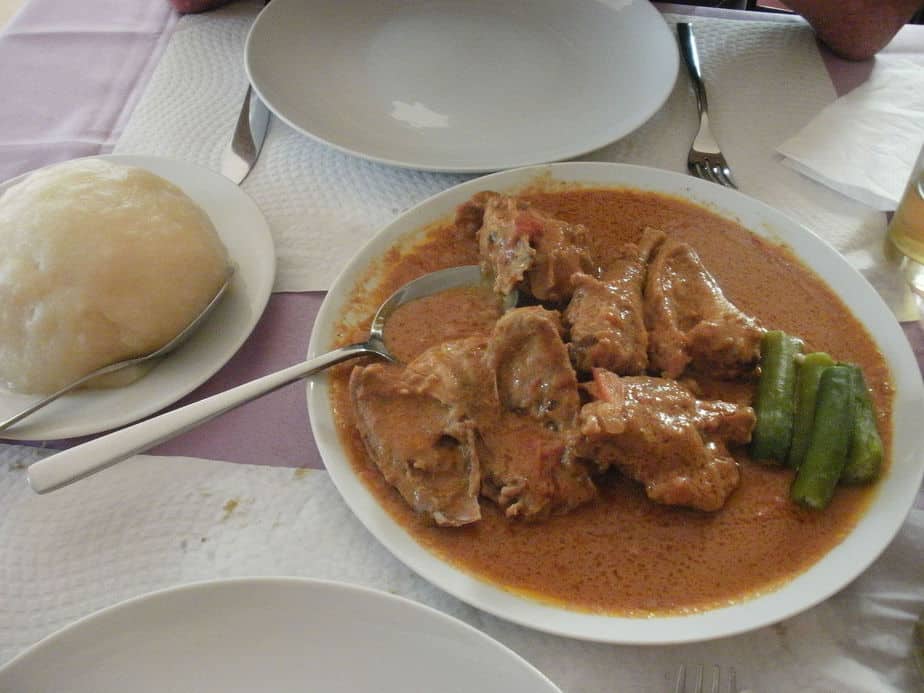 This next one is prime example of the Portuguese attempt to incorporate every possible body part when cooking with animals.

Mão De Vaca Com Grão is a dish that is thought to have actually originated in Angola, and was later brought to Europe via the Portuguese explorers. It’s a dish of cows hoof and chickpeas.

Eating a cow hoof probably feels weird at the best of times, but in Portugal this is a popular dish. In some parts of the country potatoes are added for extra density. 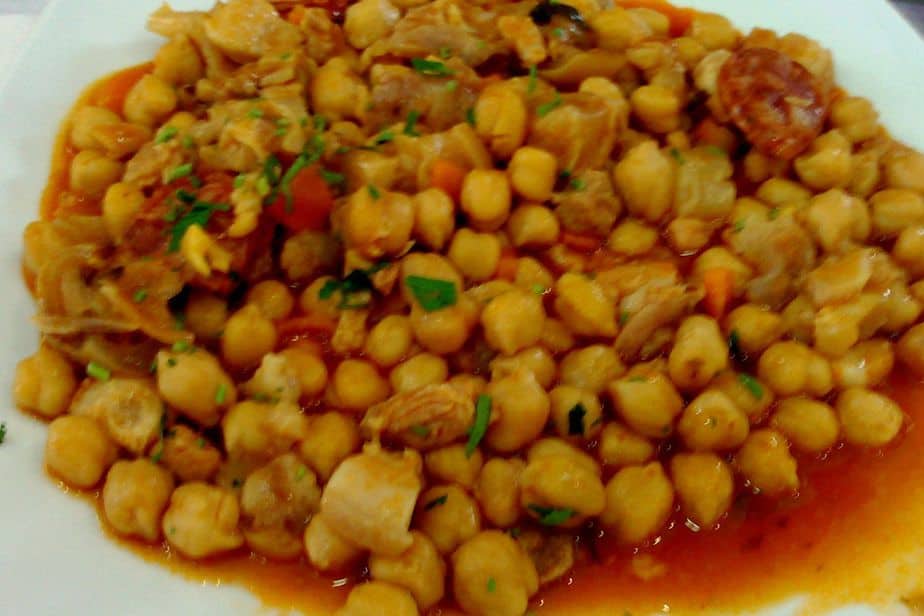 Undoubtably one of the weirdest creatures known to shallow water, eels are generally not the culinary preference of most visitors to Portugal.

The Portuguese love a good eel, especially the folk of the north.

Eels are served in many different ways, but the most popular rendition sees them being fried up or soaked in marinades. 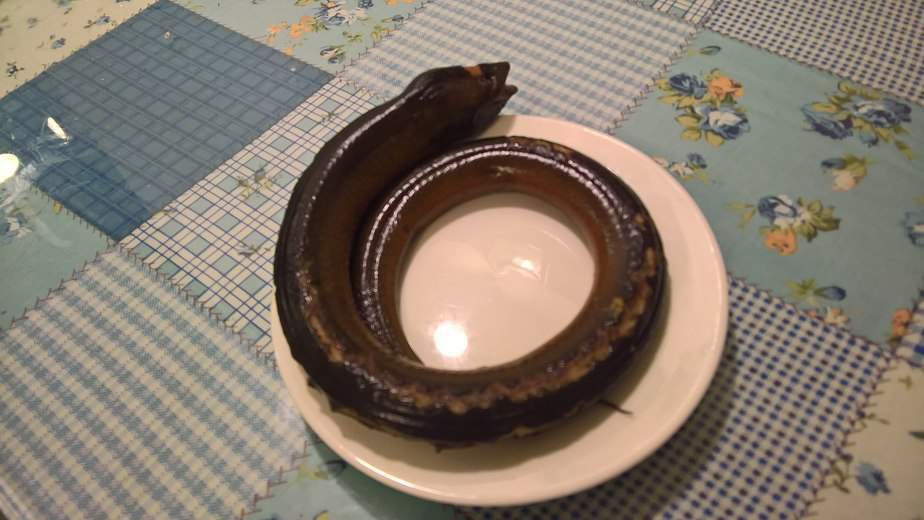 I’ve included this next one purely because of the bizarre, and very misleading, name.

In Portuguese, Baba de Camelo literally translates to “the drool of a camel”.

This is a popular dessert that you’ll find on just about every traditional menu. Sounds tasty, no?

On the contrary, no camels are harmed in the making of this dessert. It’s intact just a quirky name for a very runny caramel based treat that is infused with condensed milk and almonds.

Cozido is a dish that has always interested me within the Portuguese culture.

It originated during earlier centuries, when peasants and working class could only afford to eat the scraps of the rich.

What it basically entails is the collection of all leftover parts of animals that are discarded during regular meal preparations. Today in Portugal, most restaurants will gather their scraps together over the week and use them to stew a big pot of cozido at the weekend.

While its contents depends largely on what animals were chopped up over the preceding few days, most cozidos will feature tongue, shoulder, belly, cabbage and other greens. It’s one of the most loved dishes in the country. 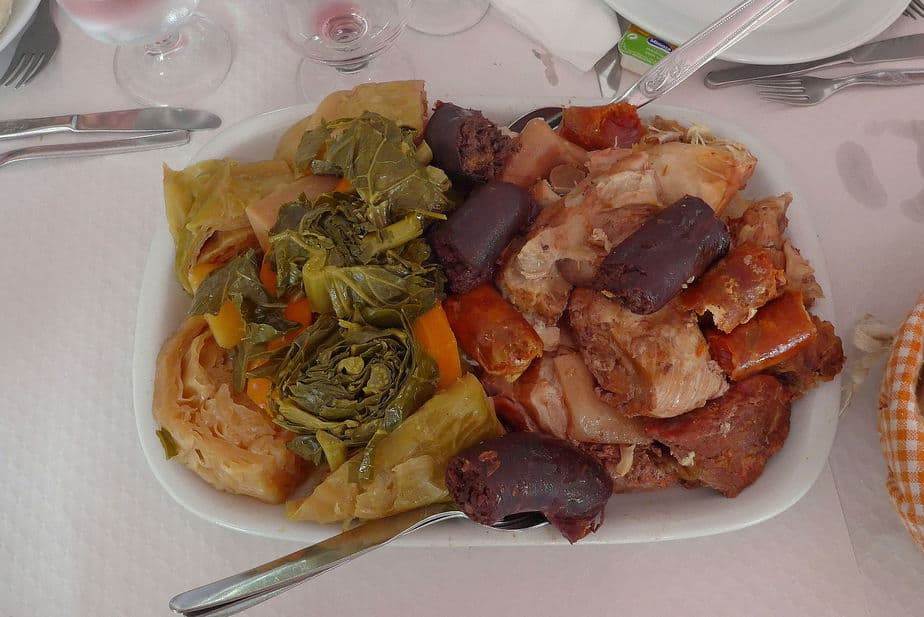 Directly translated Burras Assadas means “roasted donkey”, but this is another inaccurate name for this particular dish.

Generally, a giant half of a pig’s jaw is served on a bed of potato fries. The eater will have to work his or her way through the bones to get to the meatier bits, eventually exposing all of the pig’s teeth and gums.

Morcela is the Portuguese rendition of blood sausage. It’s an incredibly dark substance, almost black in hue, and a lot of regions opt to combine the sausage with lard making it incredibly rich and solidified.

One would typically eat morcela simply sliced up as is. Your choice of sides can be ordered as an accompaniment. 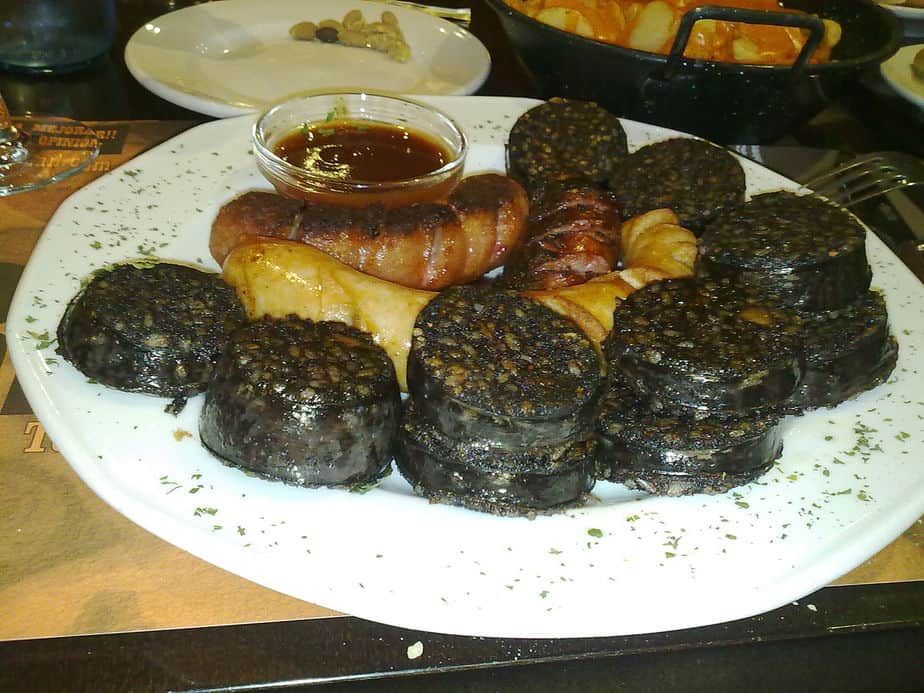 Garlic and coriander are staple ingredients within the Portuguese cuisine, making them the obvious choice in which to cook the least appealing part of a pig.

Francesinha is last on this list of weird Portuguese foods as it truly is an anomaly to the senses.

It doesn’t contain jaw bones, hoofs or even stomach parts; it’s actually just a sandwich. A strange one at that.

Rumor has it that this sandwich came to exist as a result of an experiment by a Portuguese man many years ago. Having traveled to France and sampled a traditional croque-monsieur (a ham and cheese sandwich), said man decided that Portugal needed its own rendition with substantial improvements. 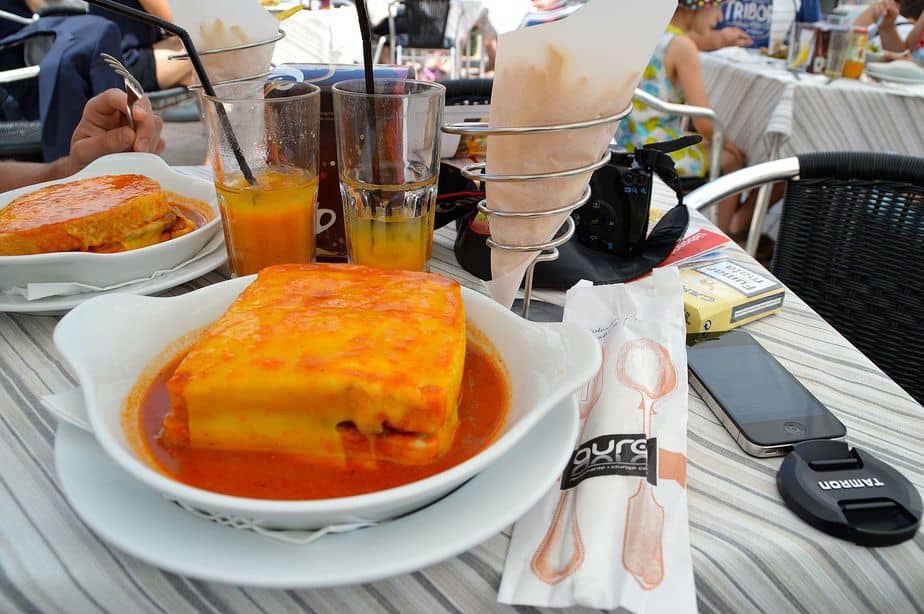 A Francesinha is a sandwich containing ham, steak, sausage and melted cheese on the inside. It is then covered with sliced cheese all over the outside, and doused in a sauce made from beer mixed with tomatoes.

While it does sound a bit like a heart attack on a plate, there are a lot of Portuguese locals who consider the Francesinha a culinary masterpiece. I’ll let you be the judge.