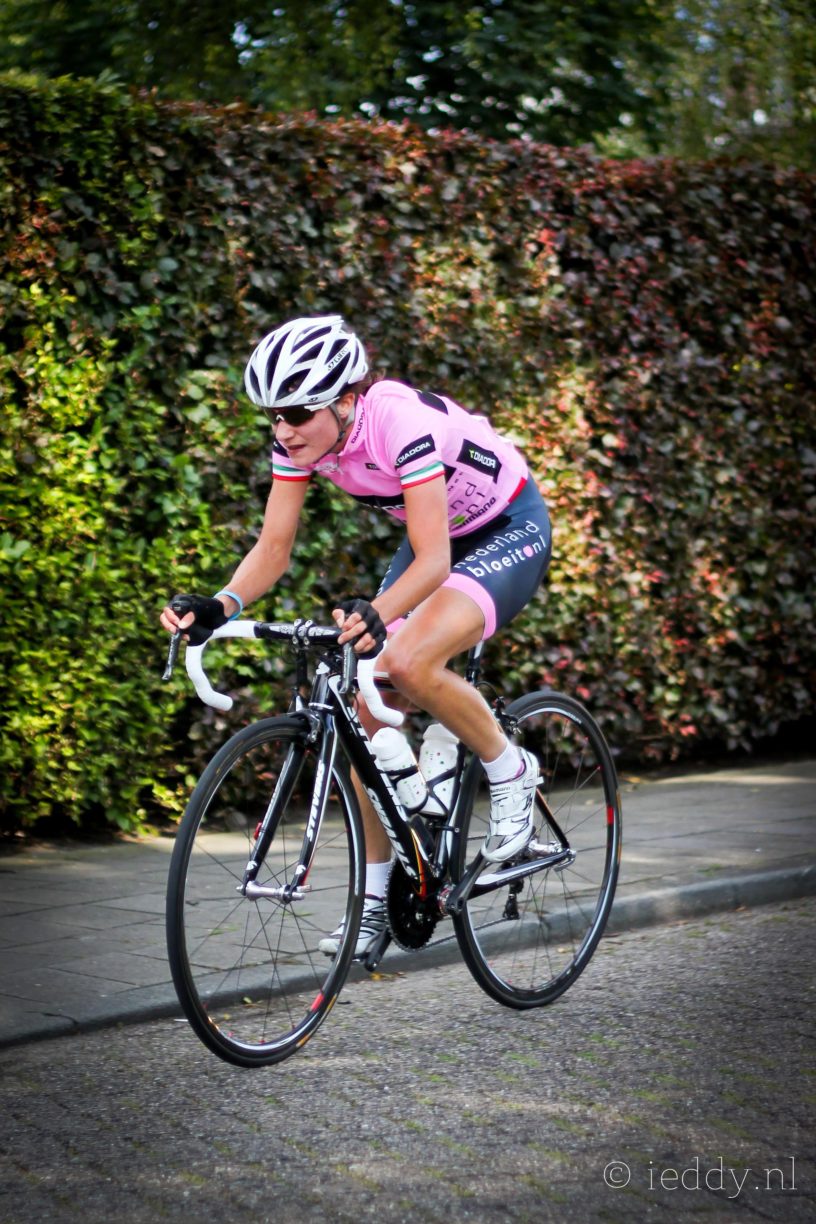 The Dutch are known as one of the happiest people on earth and said to be the bluntest or most direct people you will ever meet! Its famous people comprise talented football players, athletes, politicians, artists, and writers among others. A look at the top 10 famous Dutch people will perhaps reveal the Dutch character and inherent capabilities. 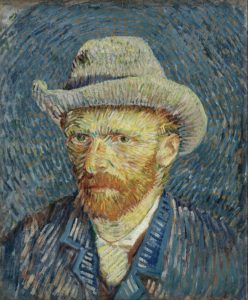 Vincent van Gogh is one of the most famous painters of the 20th century. He is world-renowned and a household name celebrated for paving the way for many other painters that came after him.

His paintings are still on display with some such as The Starry Night replicated for various uses. His use of color and vivid descriptions in his landscape paintings and portraits made his work memorable.

Van Gogh had his share of difficulties as an artist and as a human being. He supposedly struggled with manic depression that led to him taking his own life. His paintings are on display in museums throughout the world, ensuring that his name is part of conversations in art and even in living rooms. 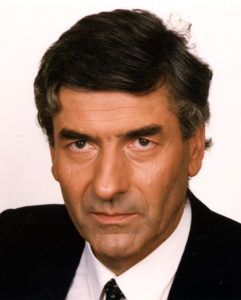 The Dutch economy experienced a great recession in the 1980s- Rudd Lubbers is the man credited with spearheading the rebuilding of the economy at this time in Dutch History. Part of this involved reforming social security, thus reducing the deficit. His impressive legacy also involved his humanitarian work that addressed various causes, as well as working with the United Nations and European Union.

Lubbers’s service as Dutch Prime Minister from 1982 to 1994 rendered him the longest-serving Prime Minister in Dutch history. Besides being a great economist which he demonstrated very well, Lubbers was a great team leader with superior problem-solving skills. 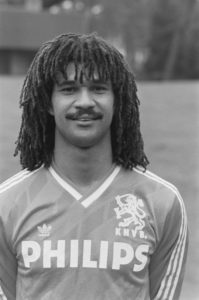 Rudd Gullit was once captain of the Netherlands national team at the UEFA Euro in 1988, where his team won the tournament. He made it on FIFA’s 2004 list of Top 125 Greatest Living Footballers and was named the World Soccer Player of the Year in 1987 and 1989. His career run had him play for other teams besides Netherlands such as Chelsea, Milan, and HFC Haarlem.

His trademark dreadlocked hair and mustache made him recognizable on and off the field. Gullit has since retired from playing the sport.

Until 2019, Robin van Persie was a career football player attached for the longest time to Manchester United. He has also played for Arsenal, the Netherlands men’s national team, and Turkish club Fenerbahce. Van Persie has also assisted in the management of Feyenoord Rotterdam, a Dutch Professional football club.

Van Persie is regarded as one of the best strikers of his generation. He is the Netherlands’ all-time top scorer for at least 50 goals for the team and has represented his country in FIFA World Cups and UEFA European Championships. 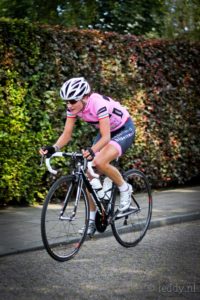 One of the Netherlands’ most recognizable athletes is Marianne Vos, a cyclist that is considered one of the finest in her generation. She is a mountain-bike racer, track racer, and road- bicycle racer that has won many Olympic medals and world championships. She was introduced to cycling early on by watching races together with her brother, here’s where her career was birthed.

Marianne made a conscious decision to become a professional racer after it became evident to her and to others that she was talented. It is refreshing to have a woman professional cyclist in a country most famous for its talented football players. 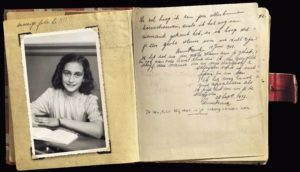 Anne Frank’s diary is world-famous as it chronicles her and her family’s life in hiding during the Nazi Germany invasion of the Netherlands- Anne Frank and her family is one of the most famous victims of the holocaust. The Nazi rules, restrictions, and segregation towards the Jews meant that Anne Frank would not have a normal childhood.

Like many Jewish families, Anne Frank and hers had to go into hiding from the Nazis. It is here that she documented the things that took place at the ‘Secret Annex’; her inmost thoughts and feelings as well as some shorts stories and excerpts from books she read. Her book was published after her death and is available to date in various languages. It was also adapted for the stage and screen. 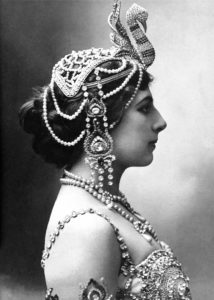 Mata Hari’s life is a peculiar one that sparks mystery and interest. She was a professional dancer, mistress, also a spy for France during World War 1. The latter ‘occupation’ is what cost her life via execution when she was suspected of double agency.

Mata Hari did not shy off using her feminine wiles to forge ahead- for starters, she responded to a newspaper advertisement that sought a bride for a military captain based in the Dutch East Indies. The significant age gap notwithstanding, Mata Hari became his wife and later an exotic dance performer.

She retired from dancing when she neared 40 and settled into a second marriage- she was determined to become a good breadwinner when her captain husband got injured in war. She became a French Spy expected to get German secrets. It is here that she was set up to look like a double agent leading to her sentencing and execution.

Mata Hari’s story has been adapted to movies and TV shows. 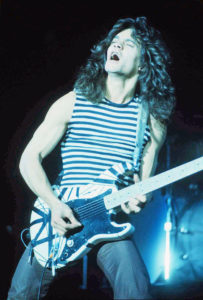 Eddie Van Halen was a Dutch guitarist likened to a modern-day Mozart; a guitar god. He was inducted to the Rock and Roll Hall of Fame in 2007, and is also known for his iconic solo on Michael Jackson’s 1983 hit ‘Beat It’. Van Halen was a cofounder of his rock band Van Halen which was best known for their hit song ‘Jump’.

Van Halen added pizzazz to the unique style of playing dubbed the ‘two-handed tap’. He refined it and made it very popular. He played his guitar at a lighting fast speed inspiring many rock guitarists in the 80s. 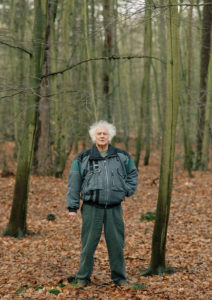 Jan Wolkers is considered one of the “Great Four” writers of post-World War II Dutch literature. He was an author, sculptor, and painter. In his repertoire as a writer are short stories, novels, and plays. Wolkers declined several awards for his work such as the Costantinjn Huygensprijs and the P.C Hooftprijs in 1982 and 1989 respectively.

As a sculptor, Wolkers initially worked with large amounts of glass that were easily vandalized. He later incorporated steel into some of his works.

At least six films have been based on Wolkers’ work, some of which have earned nominations and awards.

10. Wilhelmina of the Netherlands 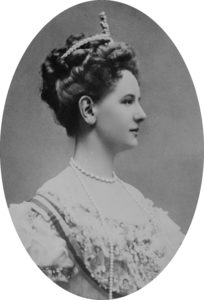 To cap the list of the top 10 famous Dutch people is a look back at history to Wilhelmina of the Netherlands. Her nearly 58-year reign rendered her the longest-serving monarch in Dutch history. She had to contend with the 1933 Dutch economic crisis and also rule through the First World war in which she was able to maintain the Netherlands’ neutrality and the Second World War as well.

Wilhelmina of the Netherlands ascended to the throne at age 10! She ruled via regent, her mother. She is acclaimed for her long rule, the Dutch economic recovery during her reign as well as ensuring that her family was one of the royal houses that remained in existence. She also made personal investments thus growing her own family wealth.

Wilhelmina abdicated the throne in favor of her daughter Juliana and settled at her palace in Het Loo where she died.

The diversity in these top 10 Dutch people goes on to show the country’s rich resource of its people and perhaps solidifying the said inherent capabilities.