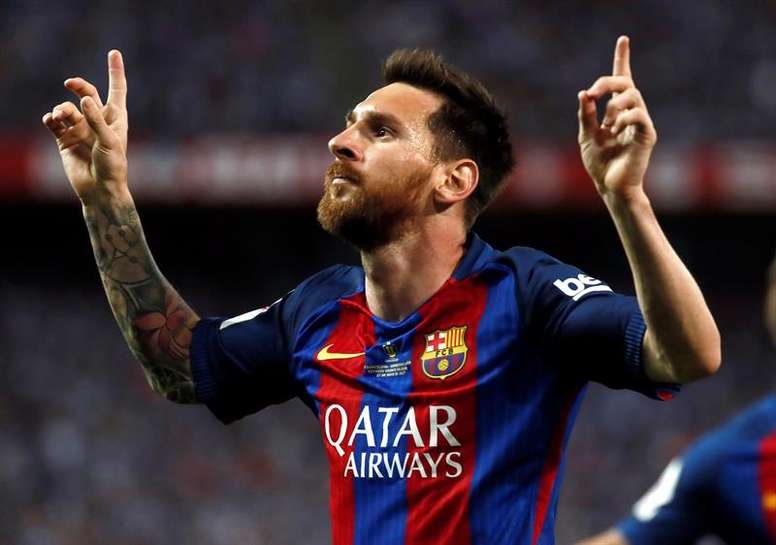 They say that football is the king of sports; an autonomous structure of super-professional sportsmen and coaches, a business of billions of dollars, the dream of boys and girls in the seven continents (yes, also in the U.S.), a planet itself.

A planet with a ruler called Lionel Andres Messi, the Emperor of Football. Come with me, let’s have a closer look at the Top 10 Facts about Lionel Messi.

1. F.C Barcelona hired Messi by writing his contract on a napkin

In 2000, the famous F. C. Barcelona’s scout Carles Rexach flew to Rosario, Argentina, to see young Lionel Messi, 12, play football. He was an experienced man, former player and coach, quite used to deal with young sports promises but he was so excited when he saw Messi pick the ball, carry it and score as if alone in the pitch (yes, the usual Messi stuff), that he wrote a contract  on a paper napkin and hired him immediately. 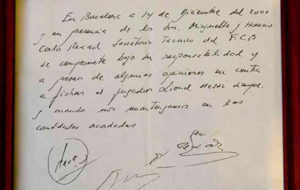 2. A Tale of Two Nations

But Messi had a different idea; he wanted to follow the path of the former super star Diego Maradona and play for Argentina, so he declined the offer. When the Argentinian Football Association learned about this situation, they organized two under-20 friendlies, although they had barely heard a thing about young Messi (actually, they did not know who that Messi guy was).

The third incredible fact in this list of Top 10 Facts about Lionel Messi has to do with his incredible skills – so amazing that he began to be compared with 80’s star Diego Armando Maradona.

The comparison soon became more and more apparent, as young Lionel Messi emulated in one week, in 2007, the goals Maradona scored in 1896 FIFA World Cup’s semifinals against England. This is known as the famous (and infamous) Goal of the Century and Hand of God.

Later, in 2010, Messi and Maradona shared team, as captain and coach of the Argentinian’s National Team in South Africa’s FIFA world Cup where, against all odds, they established a respectful and wonderful relationship.

It is said that Maradona helped Messi to improve his technique for free kicks in that time.

4. Messi dedicates all of his goals to his late grandmother

You have probably watched hundreds of goals scored by Lionel Messi, for sure. You have probably noticed, thus, that every time that Messi scores, his arms and eyes point automatically up to the sky, as if he were praying. In fact, he is not praying, but dedicating all of his goals to his grandmother, Celia Olivera Cuccittini, who passed away some years ago.

Celia was who first recognized Lionel’s skills and who took him to a football pitch for the first time. Maybe all football lovers should do as Lionel and thank Celia for all those wonderful performances we have witnessed during the last decade.

If you are new here, and you don’t already know what a hat trick is, I am about to tell you!

A hat trick is when a football player scores three times in same match, something which is not as easy as it sounds in professional football, where you can find world class players who have not scored even a single goal in their careers.

Hat tricks are extremely exceptional, of course, unless your name is Lionel Messi (or Cristiano Ronaldo!). The Argentinian player has scored three or more goals in 53 matches! Yeah, fifty-three hat tricks for the fifth position in our Top 10 Facts about Lionel Messi!

6. Lionel Messi is the King of El Clasico

All Lionel Messi’s hat tricks where great, but there are two that F. C. Barcelona’s fans will never forget. Lionel scored his first hat trick in the Clasico against Real Madrid in 2007 (3-3), when he was just 19, and repeated this in 2014, this time in Madrid’s Stadium (3-4). That day Lionel Messi also broke the record of 18 goals in the Derby, held by another Argentinian Top player, the legendary Alfredo Di Stefano.

Lionel Messi has been compared with those console players which score hundreds of goals. Fortunately for us, Lionel Messi is not run by an algorithm; he is a human being with a great deal of talent (I mean it!) that helped him to score more than 700 hundred goals playing for F. C. Barcelona and Argentina’s National Team in eight different competitions since his debut at 17, in 2004.

Top scorer in La Liga (where he also holds a record of 50 goals in season 2011-2012), Top scorer in Copa del Rey, Top scorer for Argentina, Messi’s scoring skills come apparent as one big fact in the Top 10 Facts about Lionel Messi.

Messi holds the Guinness World Records title for his 91 goals scored in a calendar year, back in 2012.

Although Lionel Messi is one of the most spectacular football players who has ever existed, and although he has won the Under 20 World Cup and an Olympic Gold Medal with Argentina, he is still struggling to win a major international trophy. He was close in 2014, 2015 and 2016, and will have another chance in 2022, as a veteran. Go for it, Lionel, you definitely deserve it! 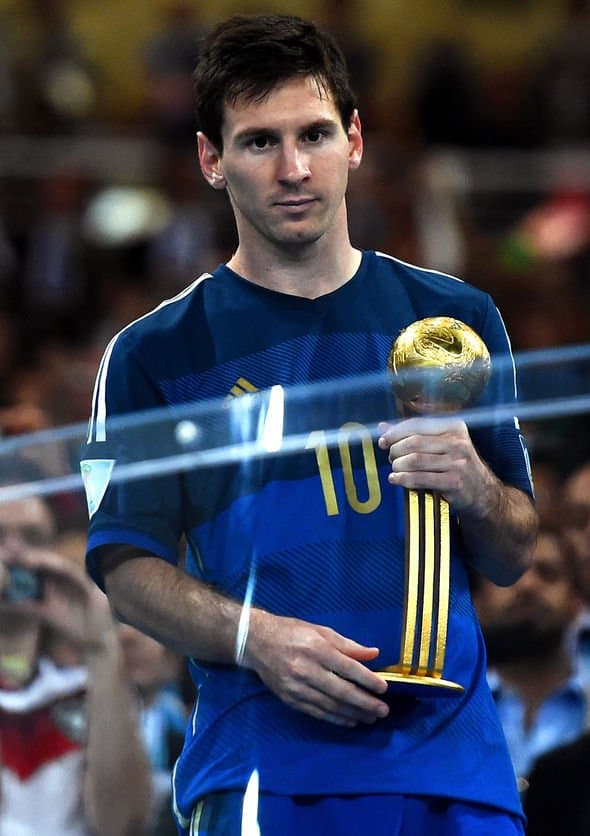 Thank you for reading the Top 10 Facts about Lionel Messi. I hope you enjoyed them as much as I did. Keep on reading our blog for more Top 10 Facts! Have a nice day out and enjoy the game! See you soon!