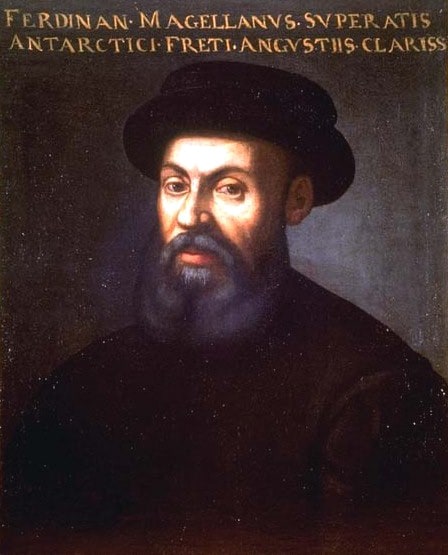 Ferdinand Magellan was a Portuguese explorer and navigator who lead the first successful circumnavigation around the word. Unfortunately, he did not finish the journey but his surviving crew members managed to complete this history-making voyage.

Despite not completing the journey he was still experienced epic moments in his journey by being the first observer of a previously unknown species of penguins, spotting some galaxies and being the first European to cross the great Pacific Ocean.

Fernão de Magalhães in Portuguese was born around 1480 and in 1519 he set out on the historic journey that helped to disprove the theory that the world was flat. Here are the top 10 facts that will help you get reacquainted with Ferdinand Magellan.

1. His parents died when he was young. 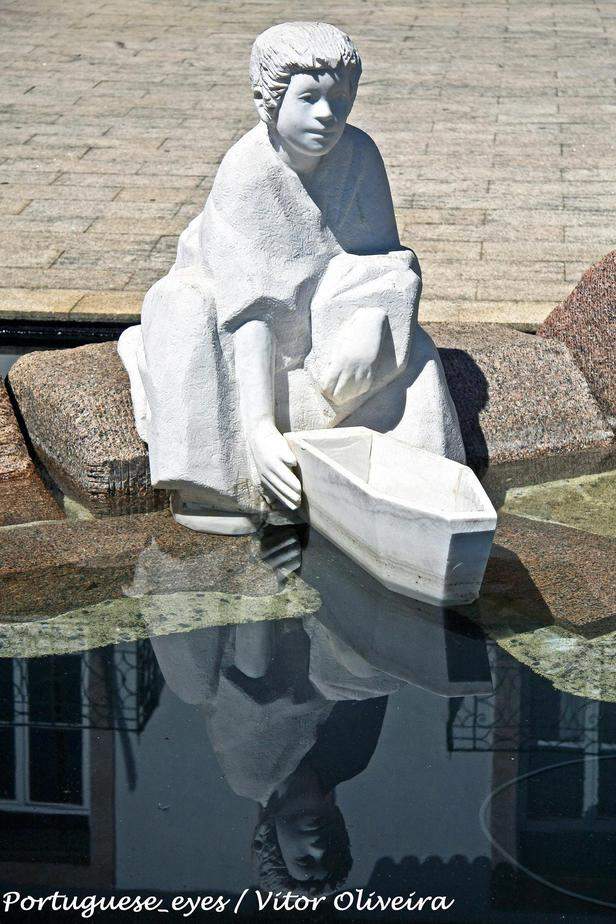 Ferdinand was born around 1480 in Sabrosa in Vila Real District to Rodrigo de Magalhães and his wife Alda de Mesquita. His father was the mayor of the town, and they were members of the minor Portuguese nobility. When he was only ten years his parents died.

Two years later Ferdinand moved to Lisbon, the capital of Portugal, to serve as a page at the court of Queen Leonor, wife of King John II of Portugal. He was educated at the Queen’s School of pages. He developed an interest in cartography, astronomy and sea exploration while at the court.

2. Before he was a sea captain, he fought in the military. 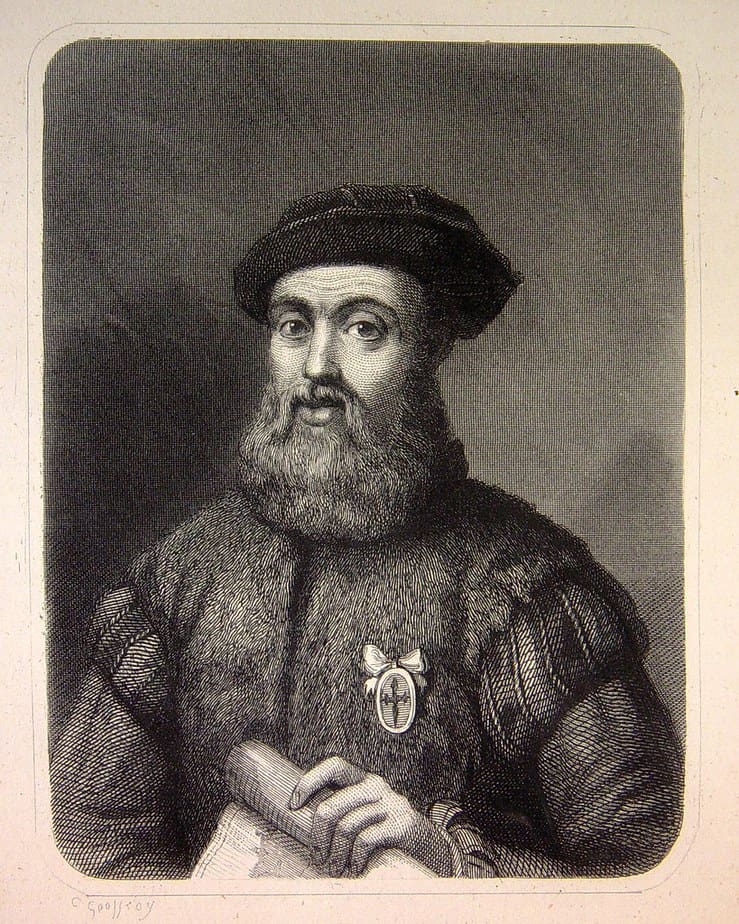 Before conquering the great Pacific Ocean he first conquered the Indian Ocean by enlisting in March 1505 in a Portuguese military fleet of 22 ships heading for India. He was only 25 years when he had the first taste of the sea. It is during this time that he learned about sailing and navigating.

He was also part of the ship fleet that headed to Malacca, present-day Malaysia, where he played the critical role of warning the commander of impending attracts by Malays. In 1511, he participated in the conquest of Malacca by Portuguese general Afonso de Albuquerque.

3. Portugal regarded him as a traitor. 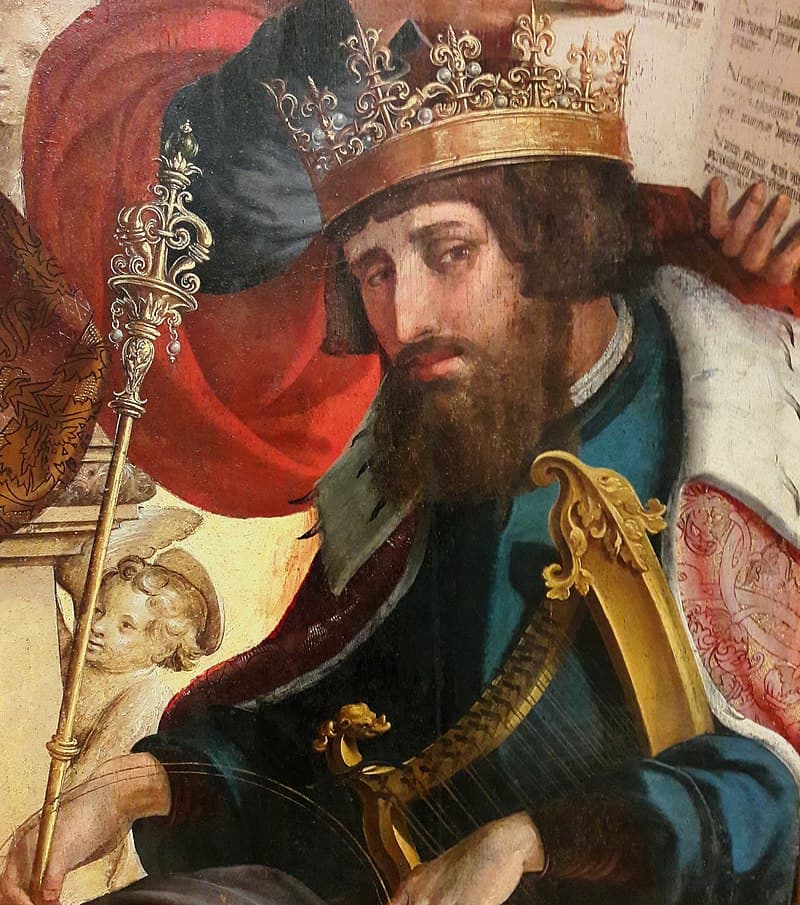 Ferdinand had enjoyed a good military career before coming to the city-state of Morocco that greatly impacted his life. This life-altering state not only injured his leg leaving him with a permanent limp for the rest of his life in the Morocco battle in August 1513. Later he was accused of irregular conduct on his part and trading illegally with the Moors which resulted in him falling out of favor with King Manuel I.

With his name now tarnished he had trouble landing a job back home. The king rejected Ferdinand’s proposal of finding a new sea route to Maluku, the spice capital present-day Indonesia, on three separate occasions. Fed up with constant bickering with the king Ferdinand left Portugal and went to Spain arriving in Seville on 20th October 1517. Portugal considered this act as treason because Ferdinand had changed his allegiance to Portugal’s bitter rival, Spain.

4. His voyage was financed by Charles I, the future Holy Roman Emperor Charles V. 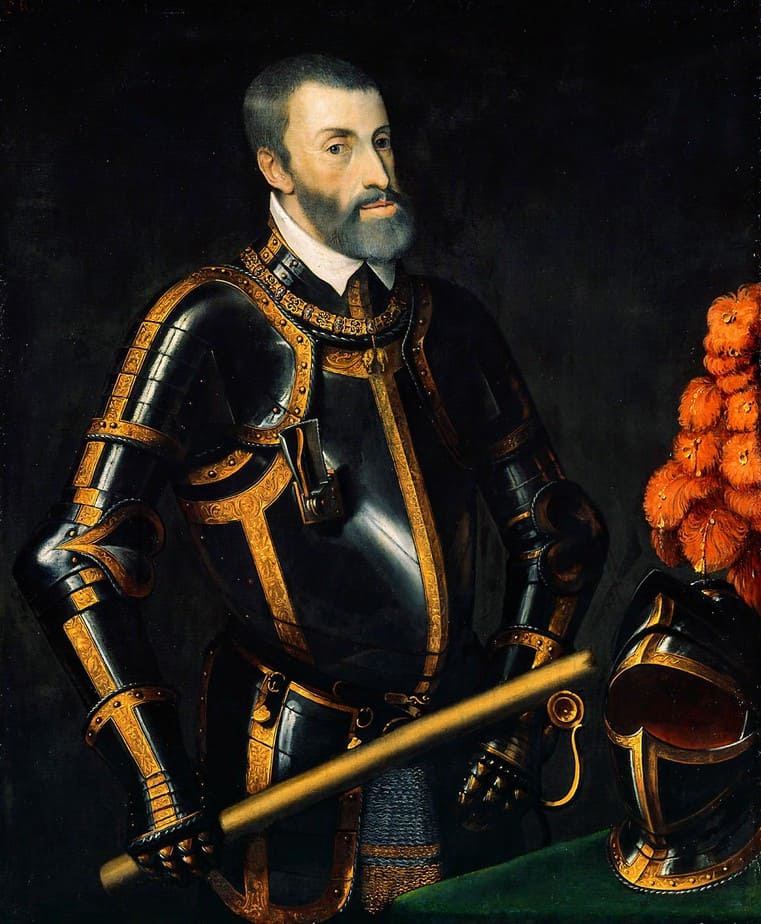 This is because the 1494 Treaty of Tordesillas between Portugal and Spain divided the newly discovered lands outside Europe among the two countries; the east belonged to Portugal while the West belonged to Spain.

Ferdinand’s voyage was primarily funded by Charles I and compromising of a fleet of five ships, carrying two years of food supply and 270 crew member. The fleet left Spain on 20th September 1519.

5. Upon the completion of the voyage, Ferdinand would have been a very wealthy man. 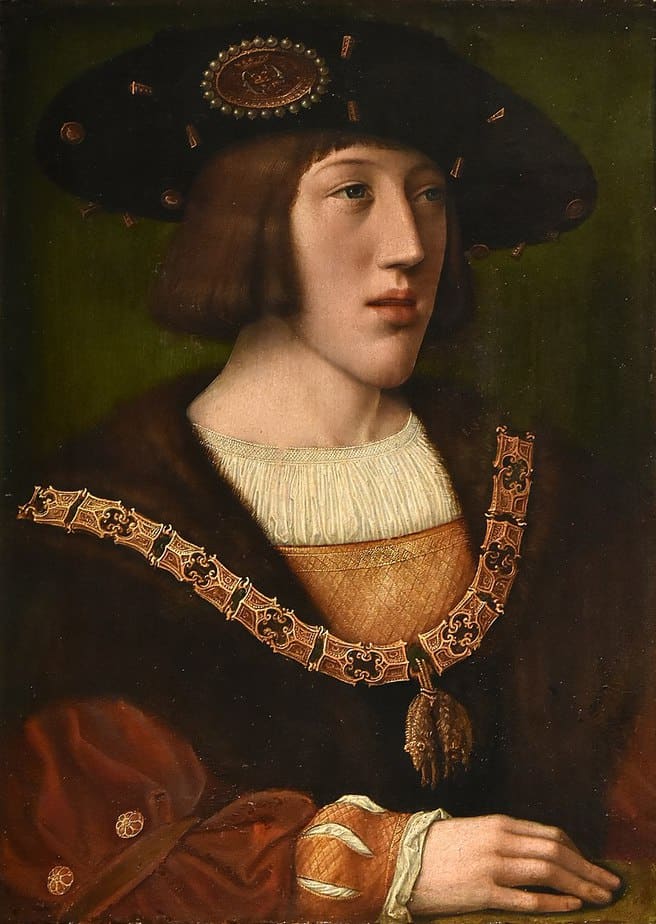 When finalizing on the approved proposal King Charles I offered Ferdinand a number of peaks that would have greatly changed his life and that of his partner, Rui Faleiro. The most interesting peak was that he would get to own his own island.

Among other things, the king promised the explorer monopoly of the discovered route for 10 years, he had the right to levy fees for any upcoming trips and a fifth of the riches obtained on the voyage.

6. King Manuel I sent ships to capture him when his expedition began. 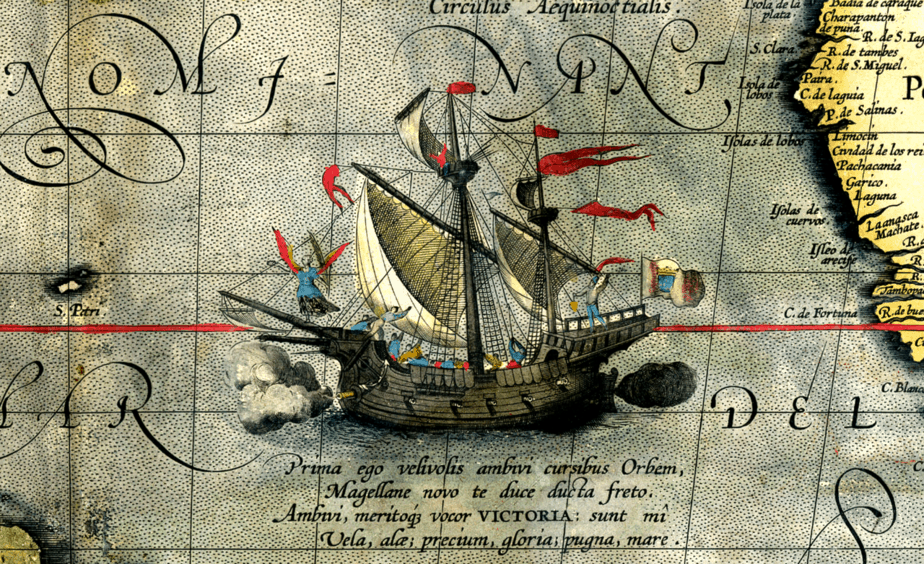 Ferdinand’s 5 fleet ship left named Trinidad left Spain under the command of Magellan. Suspicious of Ferdinand the Spanish authorities replaced his 270 crew members with mostly Spanish citizens with only around 40 members being Portuguese.

Being considered a traitor in Portugal King Manuel I tried to sabotage his preparations and even went to the extent of ordering a Portuguese naval to purse Magellan’s fleet and capture the navigator. Fortunately, Ferdinand was able to elude his pursuers.

7. He died a gruesome death. 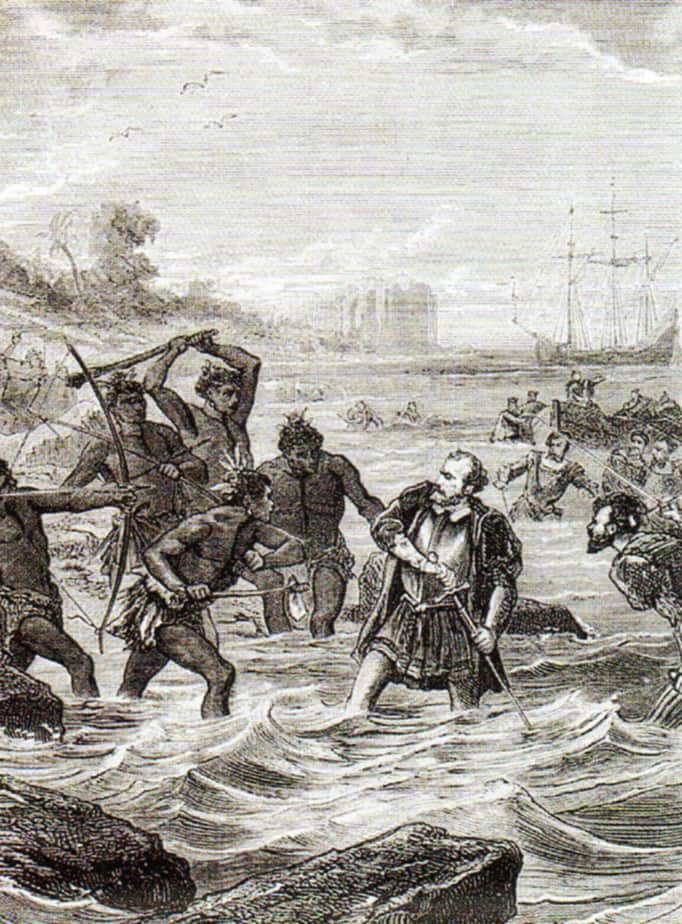 Being a devoted Christian, Ferdinand always found time to convert the people he met during his voyage. In March 1521 he docked at the Philippines. After several weeks there he had converted many local indigenous people including the king Rajah Humabon of Cebu to Christianity.

He then tried to convert the ruler of Mactan, Datu Lapu-Lapu who refused. On 27th April 1521 Ferdinand with a small force attacked Mactan and killed their leader. As they tried to escape Mactan soldiers attacked them and a bamboo spear struck Ferdinand face. He was captured and finished off in a very bad way with various other weapons.

8. His expedition proved that the Earth was not flat. 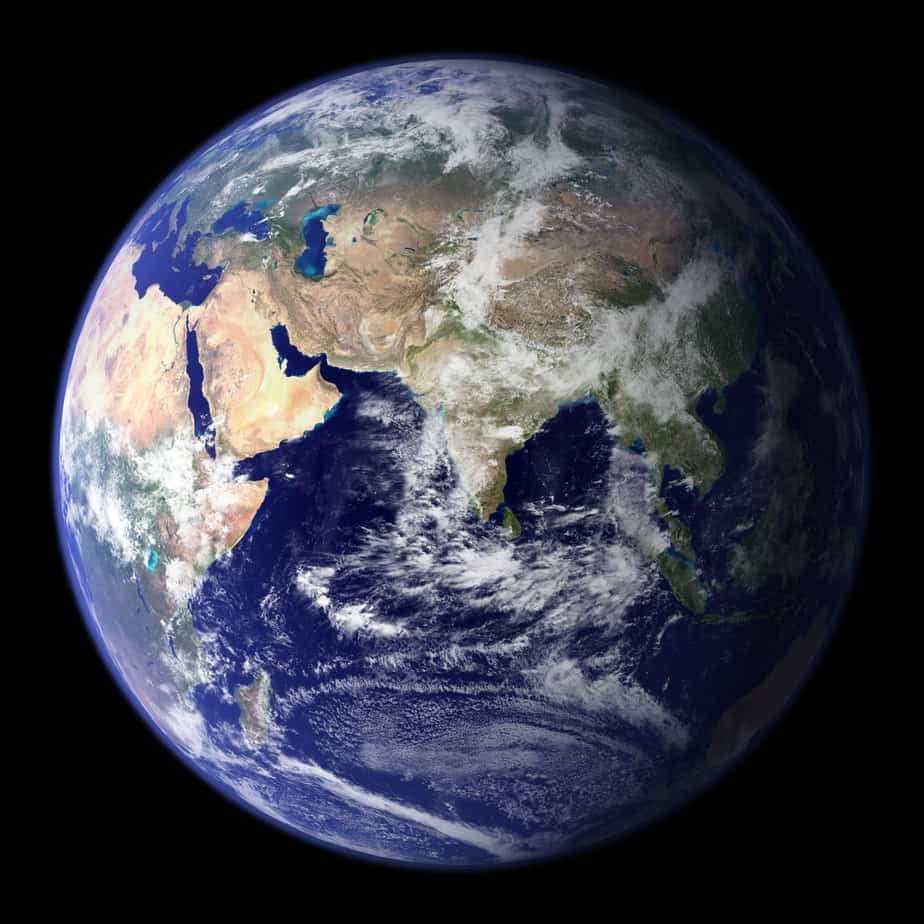 The extremely dangerous and life-threatening circumnavigation journey of Magellan disproved the long term theory that the earth was flat. The circumnavigation alone did not prove the earth as spherical but also the possibility of being able to sail around the world.

9. He named the world largest Ocean. 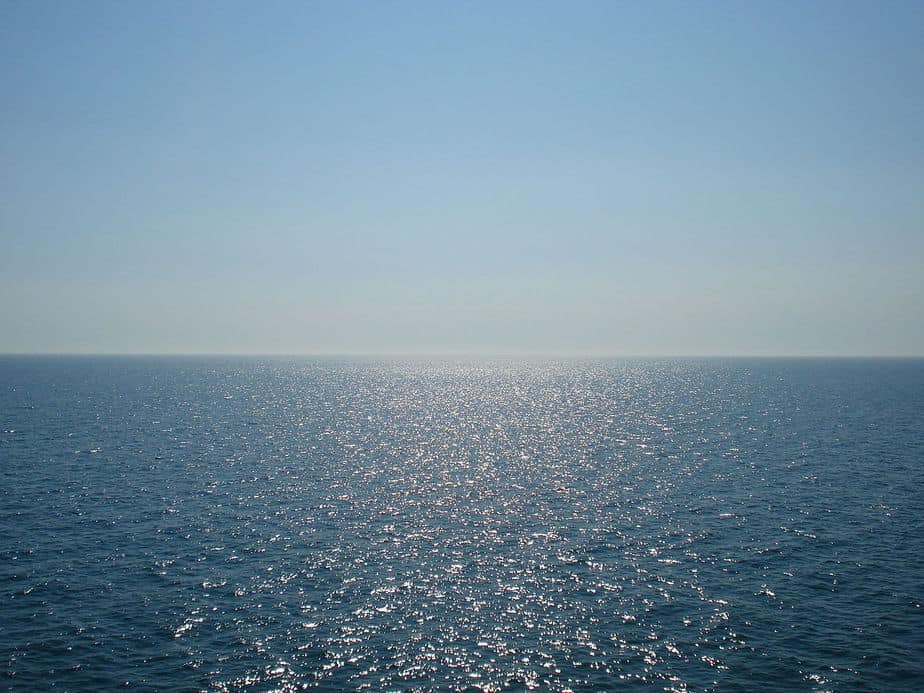 While sailing across the Atlantic Ocean to seek a Western route to the Spice Islands Ferdinand and his crew encounter an unfamiliar water body in November 1520. The water body was calm unlike the other rough seas he has encountered, and he named the new water body Mar Pacifico, meaning peaceful sea. That is how the Pacific Ocean got its name and that in the 18th century it was sometimes referred to as the Sea of Magellan.

10. He did not complete the circumnavigation journey. 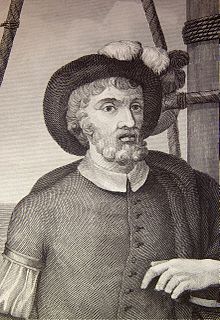 Many people credit Ferdinand Magellan as being the first man to complete a full successful circumnavigation around the world, but he didn’t. In reality, he is the first person to captain a fleet of ships that completed a full circumnavigation. Ferdinand died in March 1521 before he could complete the journey.

Upon the death of Ferdinand Juan Sebastian Elcano, a Bosque Mariner took over the Trinidad ship feet and docked back in Spain in September 1522 with only 18 survivors from the initial 270 crew. Thus making Elcano the first human to circumnavigate around the world successfully