Where to Find Vegan Food in Cascais 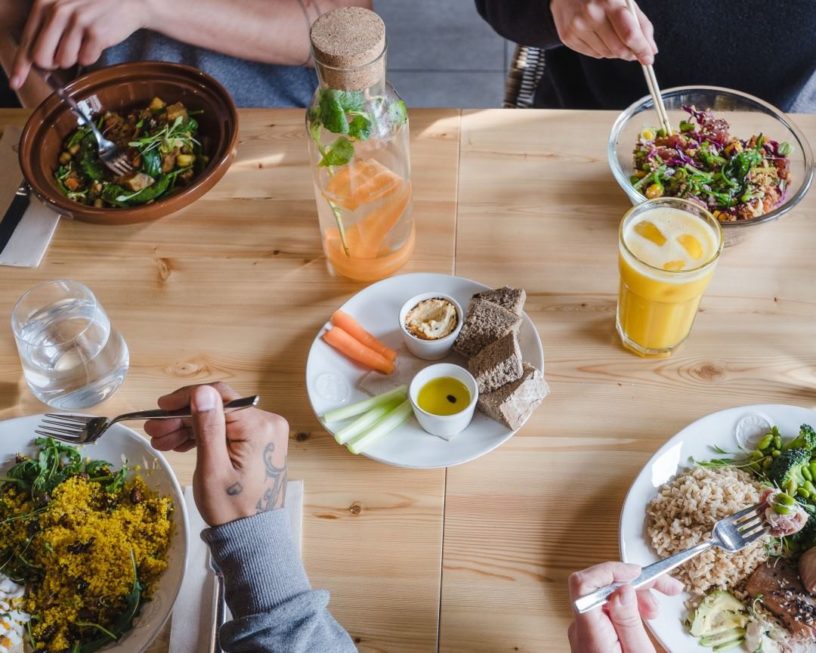 Local - Your Healthy Kitchen - by Local - Sourced from their Facebook

Where to Find Vegan Food in Cascais

Most of the fishing and beach village on the Portuguese coasts are deeply rooted in traditional lifestyle and gastronomy. Vegan food is a very new concept for most people in Portugal, so restaurants outside of major cities are a bit slower to the table.

Cascais is the one beach-town that has embraced the vegan movement with open arms. Here, plant based eaters dine in peaceful coexistence with those who have come to indulge in the village’s outstanding seafood scene.

The Cafe Galeria House of Wonders was the first place I ever ate in Cascais. It is, quite literally, a house of wonders; a three story space with different layers to it, ending off with a rooftop dining area set up like a tropical island beach bar.

On the bottom level of the restaurant you’ll find their basic dining space and an a la carte menu. Moving up to the next floor will bring you into a massive dining hall with a banquet table that is decked out in dozens of different middle eastern and health dishes, buffet style. 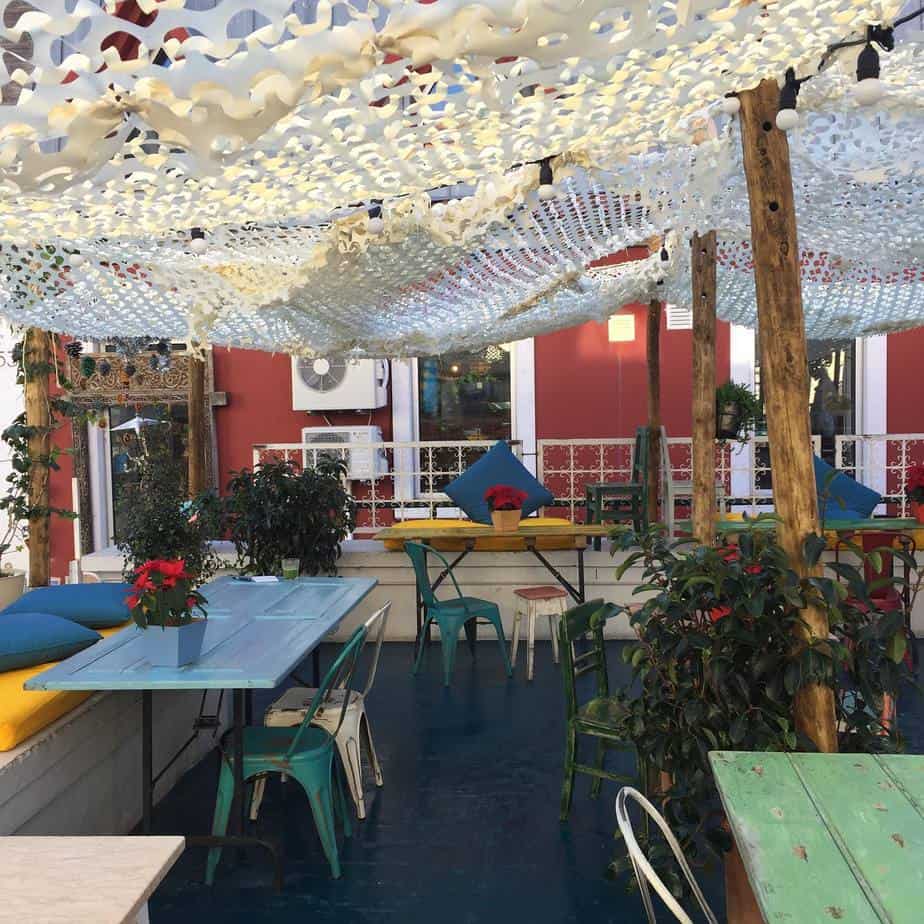 Instead of serving yourself, you’ll choose from four plate options and the staff will create yours accordingly. Cafe Galeria also makes pressed juices and homemade lemonades. You’ll choose where you want to dine (I recommend the rooftop) and your food will be brought to you.

I would eat here weekly if it weren’t a 45 minute train ride from the city each time.

Dona Flor Cafe Bistro is the vegan cafe closest to the Cascais train station. It’s the first spot you’ll encounter as you arrive in the village.

It’s a terrific little spot with great service and food to match. The menu is simple, yet executed to flavor perfection. Dona Flor has gathered quite the following of loyal customers over the years. 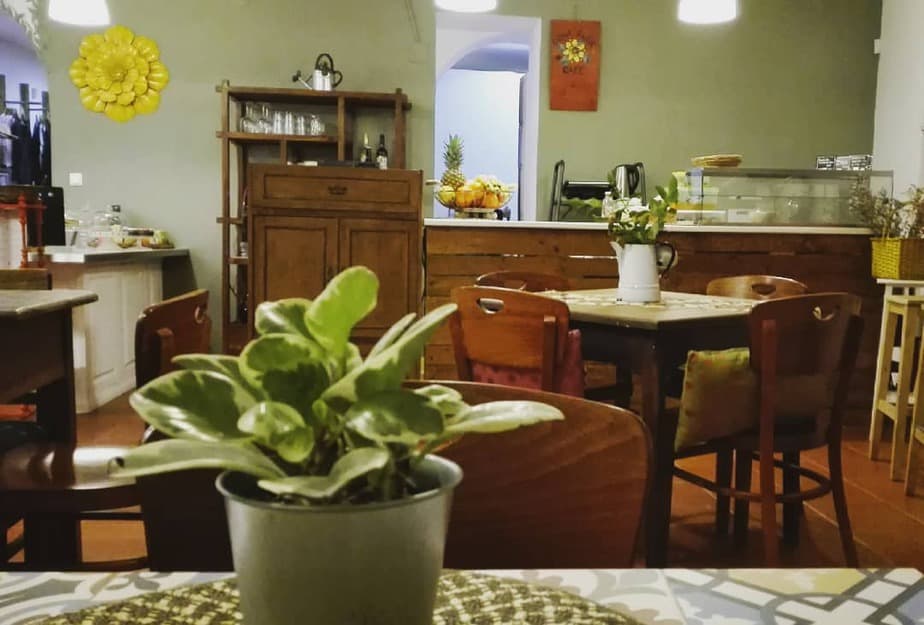 The only problem with Dona Flor are the hours of operation. They open between 12pm to 5pm, Tuesday to Saturday. With just five hours of service per day, your window of opportunity is very limited.

Plan your trip to Cascais with enough time to stop here for lunch just before you hit the beach — that’s how I do it. I also like to take a slice of their homemade carrot cake to-go, and eat it while baking in the sun. Deliciosa!

If you aren’t already aware, Cascais is a bit of a Mecca for Indian cuisine. You’ll find it in abundance across the village, and fascinatingly all of it is good!

Gandhi Palace is where I like to enjoy a traditional Indian dinner if I’m ever in Cascais after sundown. It’s consistently delicious, inviting and served with a smile.

The menu is not exclusively vegan; they cater to all diets and tastes. Their vegan and vegetarian options are, however, very impressive. Choose from an array of curries with different spice intensities, and gorge them with a side of butter-less naan bread and sambals. 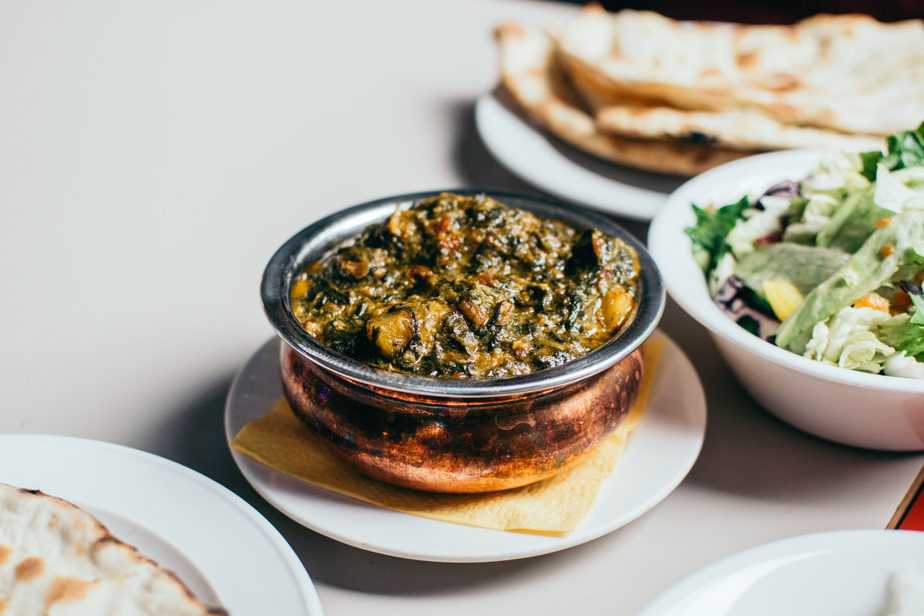 I highly recommend their lentil soup, as well as any of the aloo based curries. Your wallet will be pleased when the bill comes, too. Ghandi Palace charges well below what their food and service combined are worth.

Local – Your Healthy Kitchen in Cascais

Local is fast becoming one of the hottest places to eat in Cascais, especially amongst health-conscious individuals.

It’s a cafe wherein the menu is predominantly vegan and vegetarian, but there is the optional presence of eggs, salmon and other fish in certain dishes. This means you’ll never get that scowling face from your friend when you state that you’ll be eating in a vegetarian health eatery today. 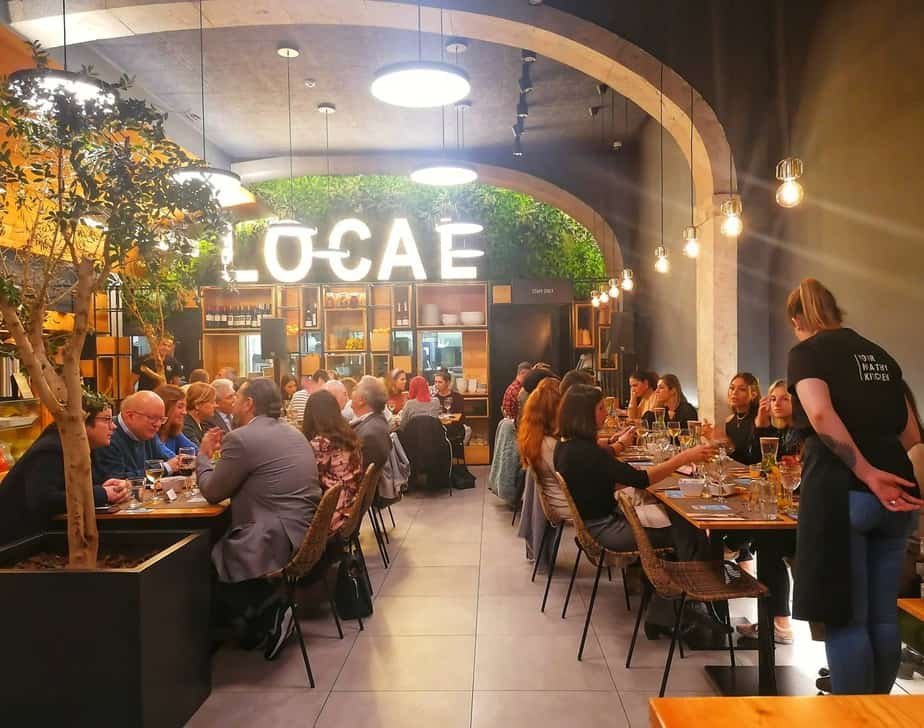 Local – Your Healthy Kitchen – by Local – Sourced from their Facebook

Since they open early and close late, Local offers breakfast, brunch, lunch and dinner foods for all appetites. I recommend any of their tasting plates, chia bowls and definitely a pink latte somewhere in between.

Their Sunday brunch has been selling out recently — book in advance if you’d like to be part of the fun.

Opening Hours: Monday to Sunday — 9am to 11pm

The Cru in Cascais

Similar to Local, The Cru is a health restaurant with a balanced menu of both vegan and meat-based meals — and everything is organic!

You’ll dine on wraps, tasting plates, protein pancakes and even savory crepes with a variety of fillings. If you like the fresh, crunchy taste of vegetables, then this is your spot. 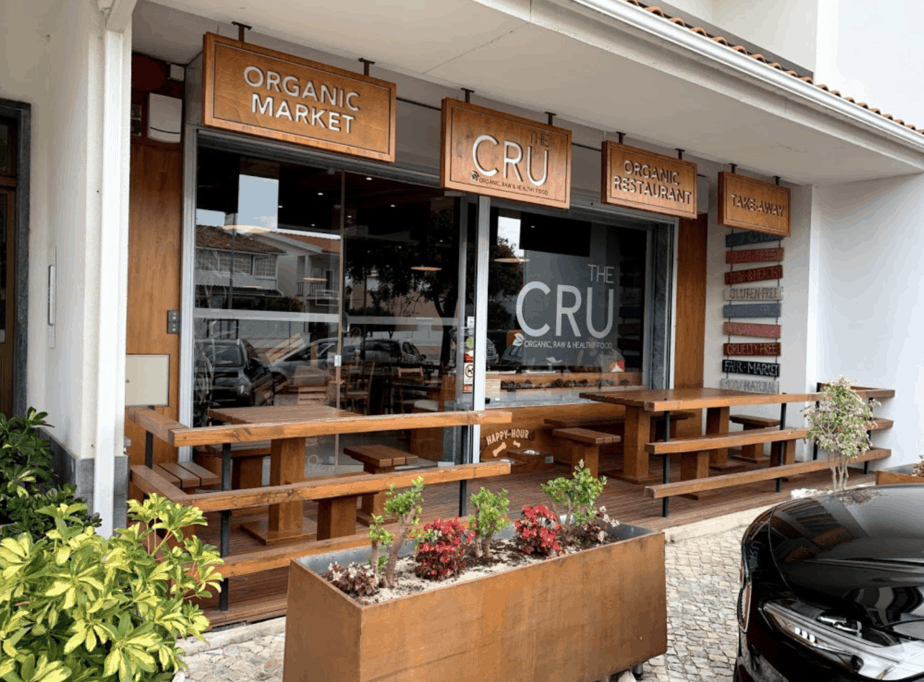 The Cru – by The Cru – Uploaded by them

While The Cru could definitely offer a few more vegan options, this is still a great spot for plant eaters in terms of greater Cascais. Dishes that aren’t already vegan can usually be easily adjusted and the staff are happy to assist with the process.

Have google translate at the ready should you need to communicate beyond the menu with the servers. Not all of them can speak English, but the menu itself is in English and easy enough to order from.

Opening Hours: Monday to Sunday — 9am to 8pm