10 Things to do in Cascais 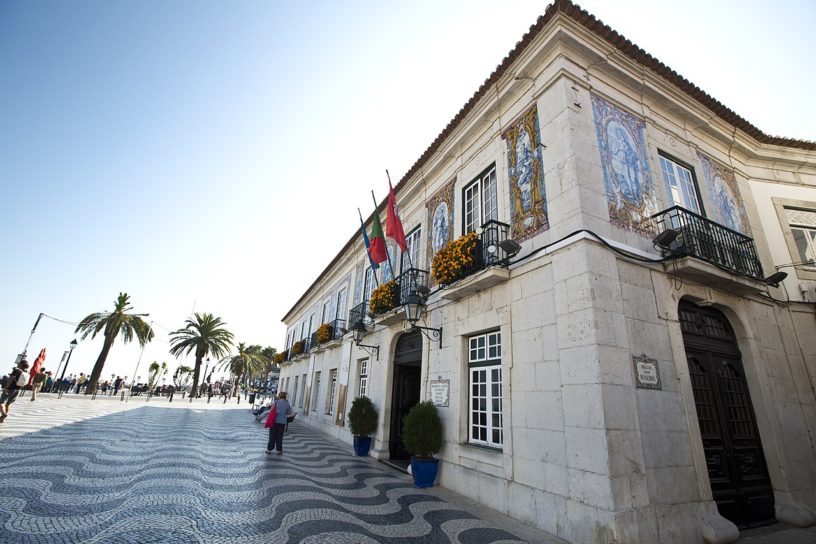 10 Things to do in Cascais

Whatever you do during your time in Lisbon, be sure to leave at least one day open for a day trip to Cascais.

The beach town is situated 40 minutes from Lisbon’s city center and is best accessed by train, though you could pay the taxi fair if you wanted to. Trains leave every 20 minutes from the Cais do Sodre railway station in the south of the city . 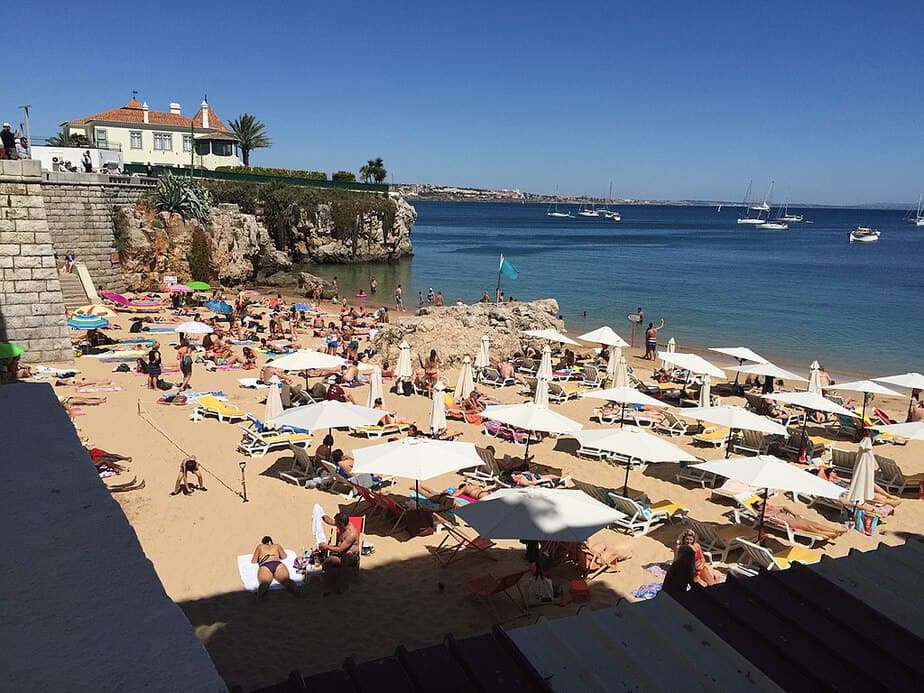 A return trip from Lisbon will cost just €5. There is a lot to see and do in Cascais so catching the earliest train out and last train back is the best way to make the most of this outing. Here are 10 things you can do once you get there.

1. Go to the Beach in Cascais

Eighty percent of people who make the journey out to Cascais do so with the intention of enjoying the beach.

Cacais has a number of public beaches of its own, and in addition to these the coastline that the train rides along offers beaches as well. Locals usually make use of these ones slightly outside of Cascais, while tourists and families prefer the ones directly outside of the Cascais main train station. 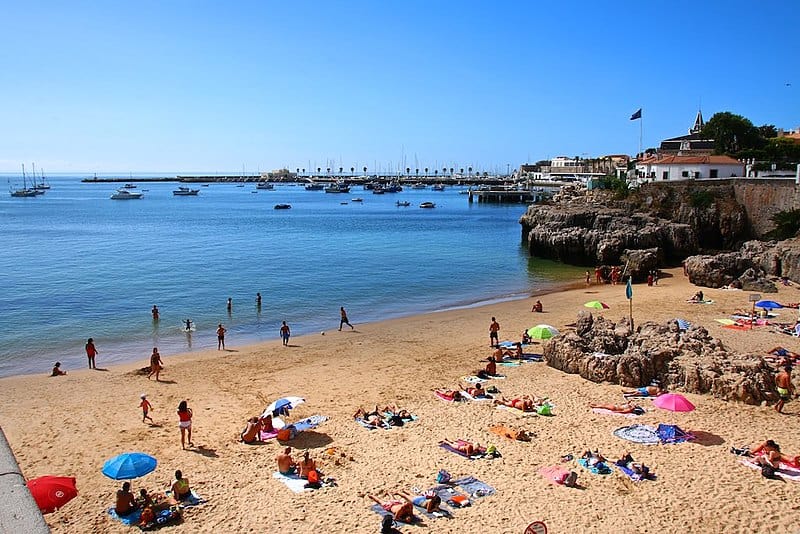 The Sintra-Cascais Nature Park is one of 13 official nature parks in Portugal. It’s a large scape of natural land that overlooks the Portuguese Riviera. It is unfathomably beautiful.

Blue ocean, lush greenery and blossoming floral life, white cliffs that can be climbed high above the water’s edge; it’s an unmissable part of the country for photographers or anyone with an interest in natural exploration or hiking. There are also cycle paths available for bikers. 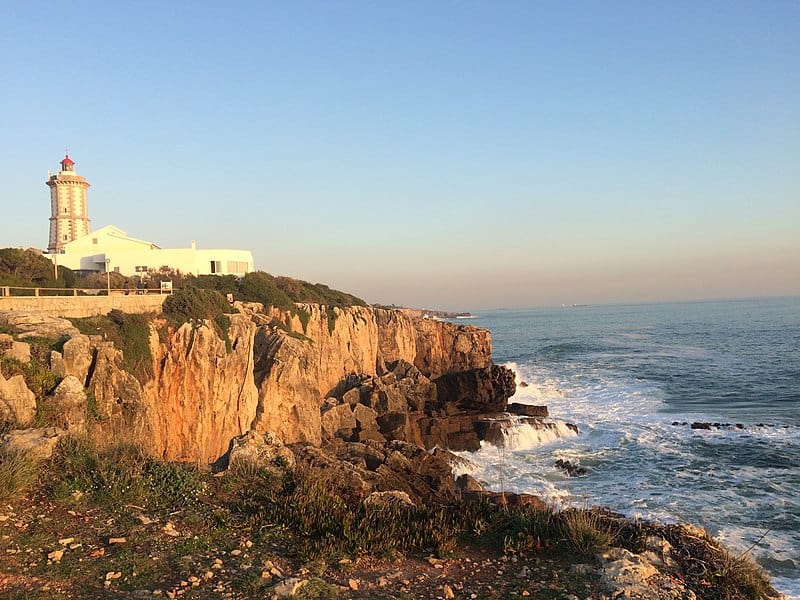 3. Try Your Luck at the Casino Estoril in Cascais

A gigantic casino is the last thing I would have expected to find in this very modest little beach town, but alas, Cascais’ Casino Estoril is actually one of the largest casino facilities in all of Europe.

To access the casino you’ll have to jump off the train at Estoril, which is three stops before Cascais. It is within walking distance of the station.

4. Take a Photograph by the Santa Marta Lighthouse in Cascais

At present there are no formal free guided walking tours through Cascais, but one can definitely self-guid through the town by foot, stopping at all the attractions along the way.

The Santa Marta Lighthouse covers the Cascais bay and gives light for the town’s new marina. Unusual to most lighthouses, it was built as a quadrangular masonry tower and is covered in tiles. 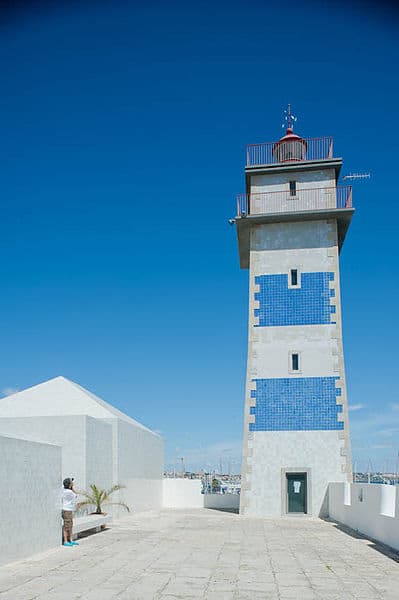 5. Watch the Fishermen in the Port of Cascais

If you leave Cascais’ main public beach and take a stroll directly right down the coastline, you’ll soon pass by all of the docked fisherman boats in the mini port.

When they aren’t out at sea, these fishermen spend hours on the docs spraying their equipment clean and preparing for their next run. It’s oddly therapeutic to pick a spot on the promenade and watch them go about their day.

6. Shop at Cascais Market in Cascais

The Cascais Market is a reliable shopping facility in Cascais; it is open until midnight daily, and some evenings extends through until 2am.

This municipal market is best for fresh produce, fresh flowers and fresh fish. It is the supplier for most of the restaurants in Cascais and holiday makers staying in self catering accommodation in Cascais love this spot for all their grocery needs.

Opening Hours: Monday to Sunday – 8am to 12am

Cascais is no stranger to abandoned palace buildings from the 19th and 20th centuries. The Museum Condes de Castro Guimarães is built into a Revivalist-style palace (also known as “mock gothic”) that was constructed in Cascais back in 1902.

The castle was owned by an Irish tobacco millionaire who was a passionate collector of art, books and ancient artifacts. The space was opened as a public museum following his death, where his extensive collection could be kept on display.

It’s a great way to kill a few hours if you ever encounter a rainy day on this coast, or have some time to kill before your train back to Lisbon. 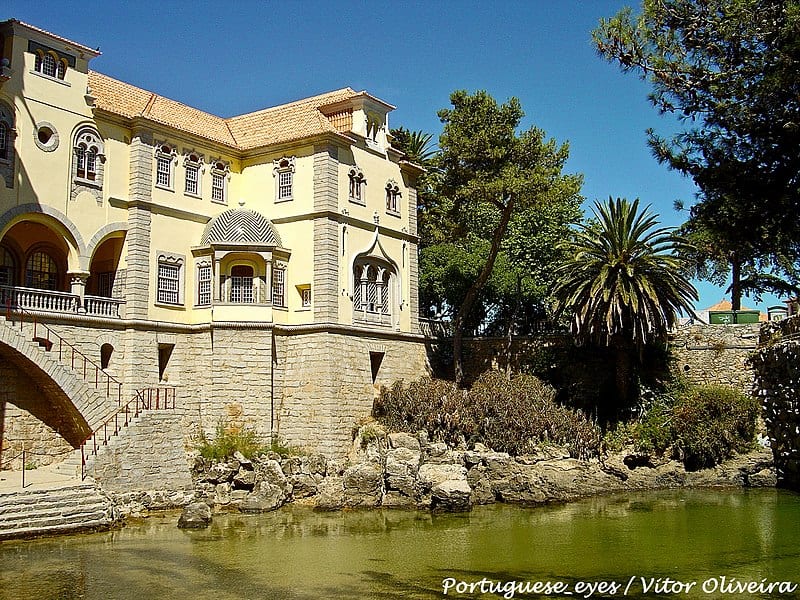 Opening Hours: Monday to Sunday – 10am to 5pm

The Casa de Santa Maria is a beautiful 19th-century mansion about a twenty minute walk from Cascais’ train station.

The mansion was built up on a cliff in a oceanic bay that is accessible via a small foot path off of the main street. The stairs may appear only to lead to a sandy creek, but once you’re down there you’ll see that it extends under a bridge and then opens up into the tidal pool for swimming. 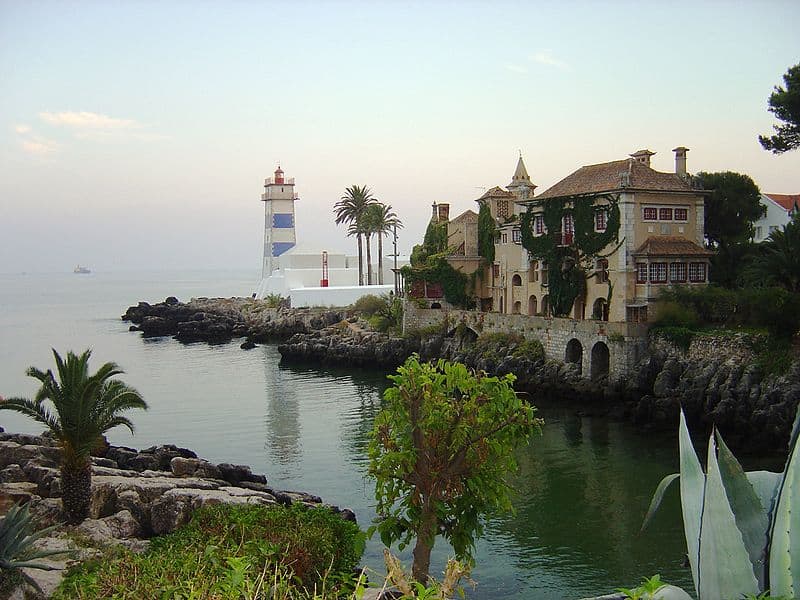 9. Eat Your Heart Out in Cascais

The variety of restaurants and cafes within the main village center in Cascais is going to blow your mind.

Whether you’re craving seafood, authentic Portuguese cuisine, acai bowls, vegan food, pizza and pasta or even Indian food (yes, curry at the beach) Cascais has it on offer.

The town also has some of the best dessert bakeries outside of Lisbon with fresh pastel de natas served warm. 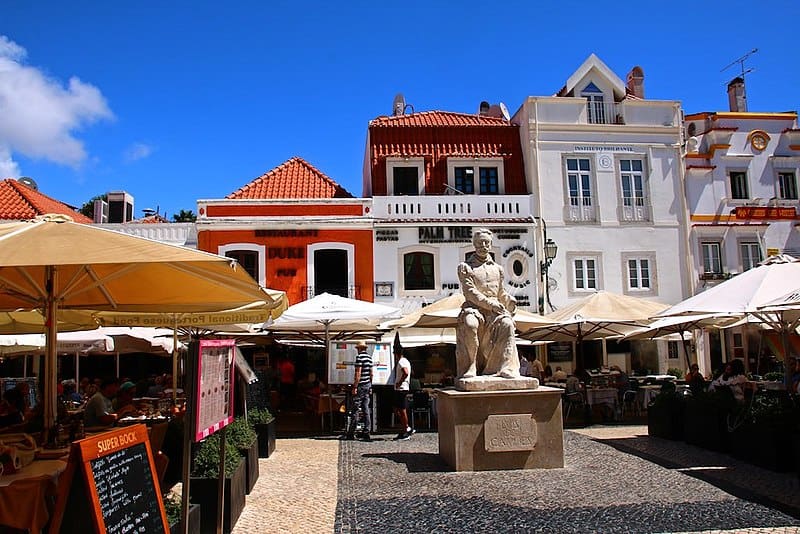 10. Watch the Sunset in Cascais

The perfect way to end of a day in this seaside village. Perch anywhere on the coastline and kiss the day goodbye. Just make sure you’re back at the train station by 9pm if you want to get back to Lisbon — this is the last one for the day!