Where to Find the Best Lebanese Food in Lisbon 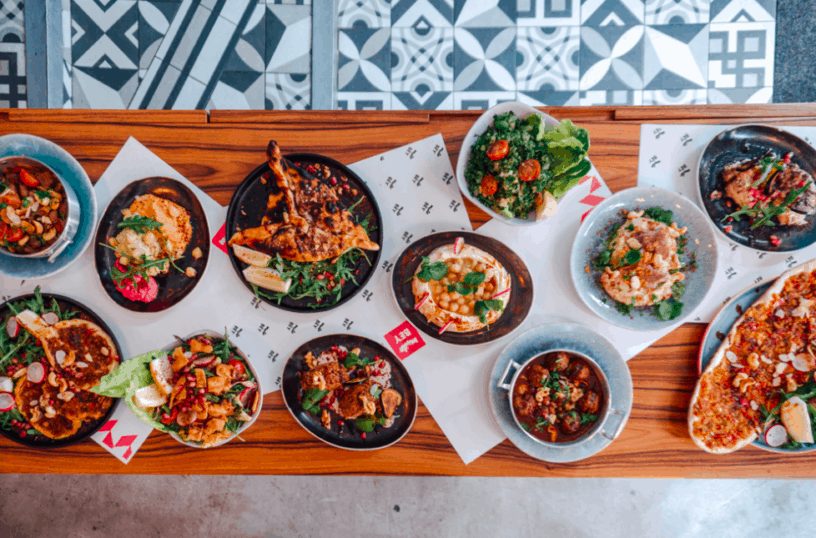 Muito Bey in Lisbon - by Muito Bey - Uploaded by them

Where to Find the Best Lebanese Food in Lisbon

Lebanese food is usually my go-to any day of the week. The cuisine is one of few relatively healthy options that you can rely on to be there regardless of where you find yourself in the world — sort of like how Italian food is for most other people.

Middle Eastern cuisine in general is doing incredibly well in the Portuguese capital. There are new restaurants popping up every month; there are even a few in Lisbon’s dining hubs of Bairro Alto and Chiado. 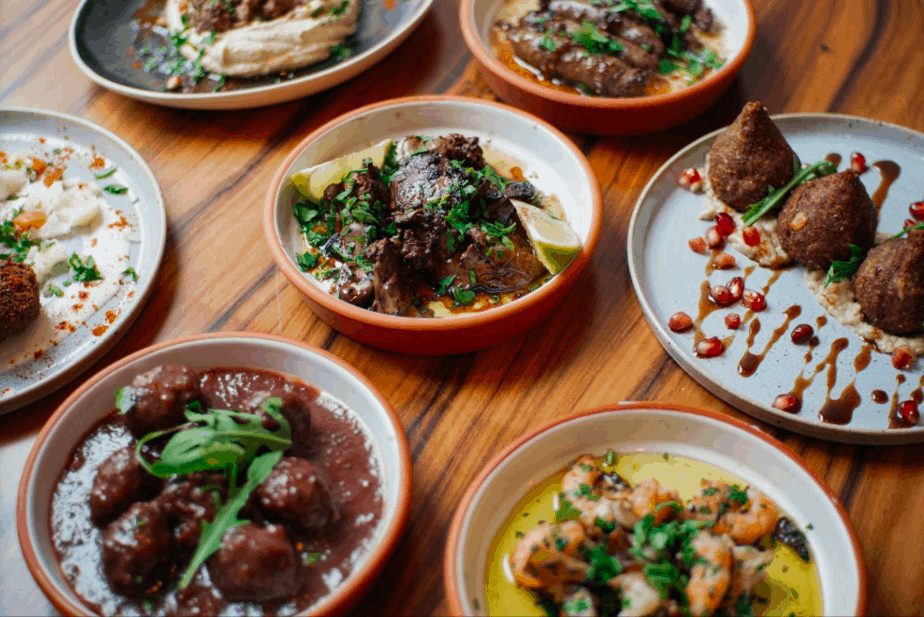 Muito Bey in Lisbon – by Muito Bey – Uploaded by them

Lebanese food is a branch off of Middle Eastern cuisine. I wish I could say we are spoiled for choice when it comes to Lebanese dining in Lisbon but that would not yet be true. This is very much still a developing area for the city, with just a few distinct places to enjoy the cuisine at present.

When you feel that call for tabbouleh, mtabal, aubergine or falafel balls, here’s where you need to go.

Phoenicians is a bit further north of the center than I usually like to travel in search of Lebanese food, but the dining experience is so worth it that I’ve been doing it a lot more frequently in recent months.

The owner is actually from Lebanon. This is his first project in Lisbon and it is seeing well deserved success. He has managed to bring Lebanese food to the people while incorporating Lisbon dining comforts into the restaurant as well, quite remarkable. 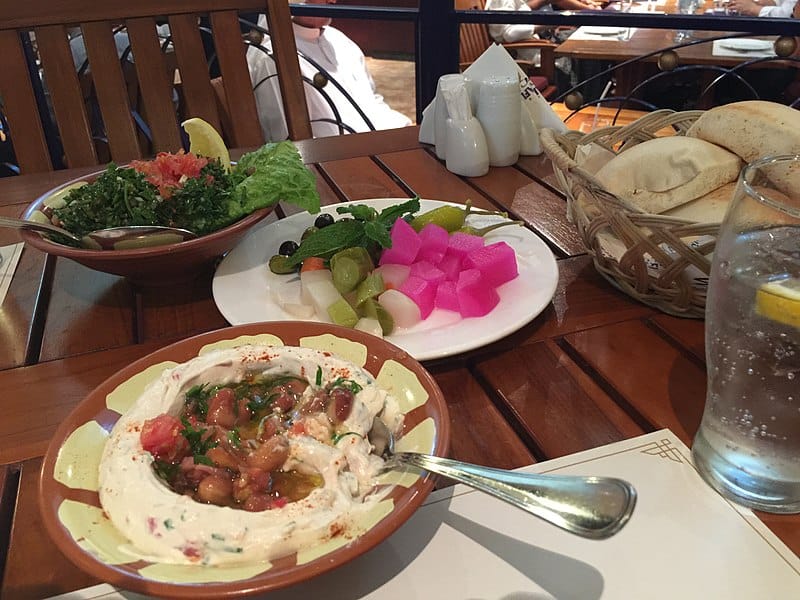 Often in Lisbon, Lebanese food is served on small plates in a fashion best suited to sharing. At Phoenicians they do Lebanese food in a plated variety instead, featuring meats, salads and potatoes of your choice.

If mezze dining is your preference, this is a menu option as well.

Lot’s of meat and vegetable options to suit different dietary requirements. Authentic mint tea to end off your meals. It’s hard to find fault at Phoenicians.

One thing you should know about Lebanese food in Lisbon is that it rarely runs cheap; which is not usually how the cuisine presents itself in the rest of the world, but for some reason in Portugal it’s considered a pricy one.

If I am to weigh up all of my dining experiences in Lisbon, Lebanese or not, Muito Bey remains the most enjoyable one I’ve ever had in the city. 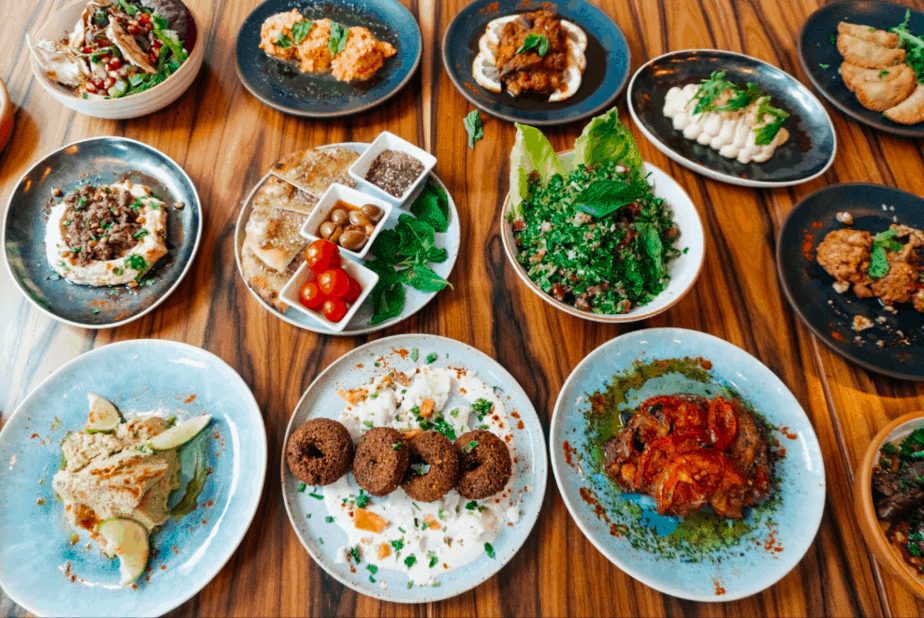 Muito Bey in Lisbon – by Muito Bey – Uploaded by them

This is where you’ll eat mezze style. Potatoes,  zaatar manakeesh, mtabal, fattoush, aubergine, tabbouleh, pita, hummus, baba ganoush, falafel, lamb, halloumi… it goes on and on and on.

The most satisfying combination of flavors that you can tell have been made with extra care between dishes. It’s pricy, but it’s worth every last cent.

You can get to Muito Bey quite easily from Chiado by foot. The journey feels like a bit of a self guided free guided walking tour thanks to all of the attractions one passes on the water’s edge along the way. The restaurant is just off of the famous pink street in Lisbon’s center.

The Lebanese Corner is the simplest Lebanese dining experience one can have in Lisbon. It’s a full scale, sit down restaurant that is run out of a kiosk style kitchen in the back of the space.

For this reason, food here is quick and dining is ideal when rushing between sightseeing or on a travel schedule .

It works on a combination of plated and mezze options. For example, most people will order a main plate, their side salad of choice and the addition of pita bread if they so desire. A combination could be the hummus & falafel plate, with a fattoush salad side and then bread as an accompaniment. 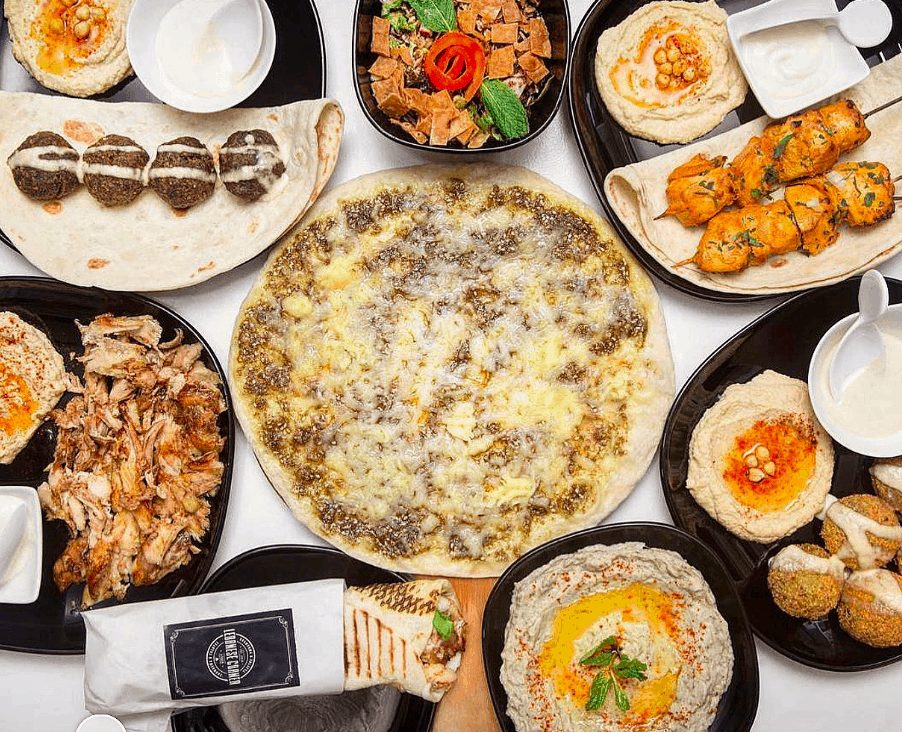 Like I said, simple Lebanese dining where most of the dishes are ready made throughout the day and need only be plated once you arrive.

Lebanese Corner also has kebab style meats roasting throughout the day that are carved fresh by the order. These are available as both plated meals or in wraps and shawarmas.

Not far from the Lebanese Corner is a restaurant with a view called Fenícios Castilho. It is an upper story diner in a commercial building north of the city center, so if offers a great view over Lisbon’s tumbling rooftops.

The food here is by no means as mind blowing as other spots in Lisbon, all of which I have mentioned prior to this. It is, however, still an authentic Lebanese eatery with all of the traditional plates you love from the cuisine. 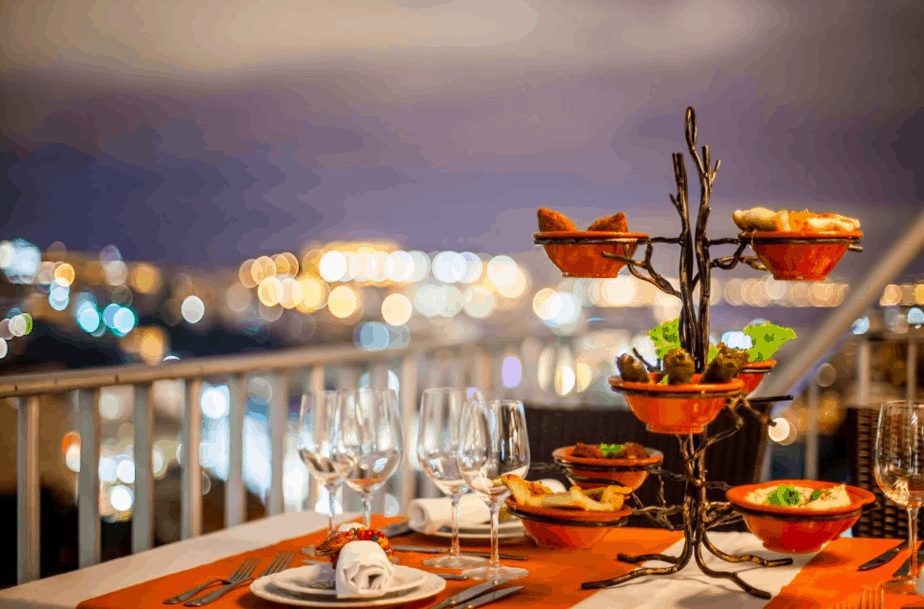 A word of advice when dining at Fenícios Castilho: if you are sharing dishes, order plates from the starter menu instead of the actual mezze menu. The dishes are basically the exact same with big price differences. Ordering main meals here also make for great sharing plates.

For some strange reason their menu prices also don’t include tax, which gets added afterwards and can be very confusing if you’ve been tallying throughout the evening.