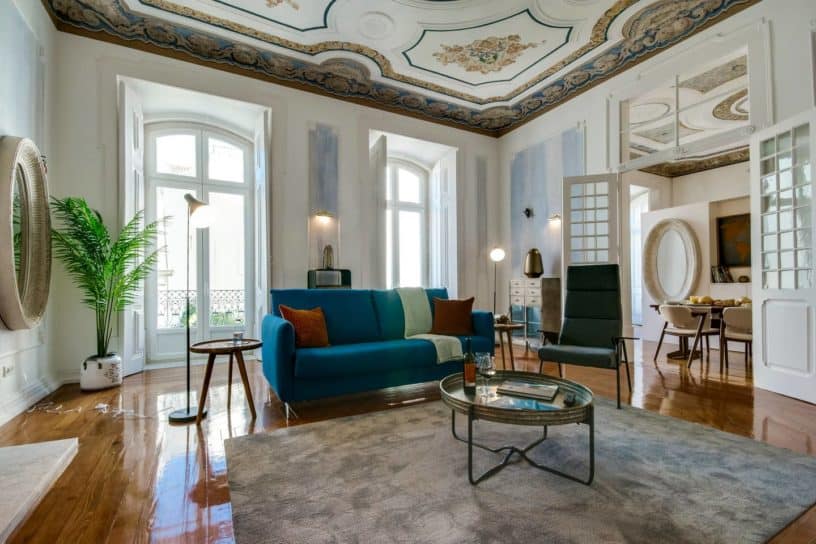 Airbnb in Chiado - by Airbnb - Sourced from their website

If you can handle the constantly busy streets and excited city buzz, then Chiado is actually one of the best neighborhoods to stay in during your visit to Lisbon.

Chiado is Lisbon’s city center, which means it is largely central to everything. And everything that it is not central to is easy to get to, thanks to the accessibility of public transport in these parts. 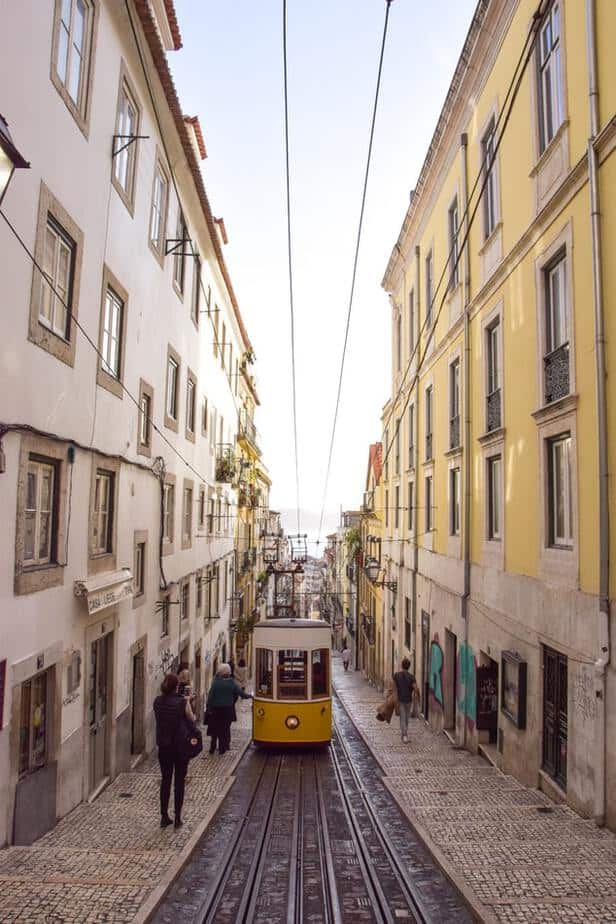 If you’re going to stay in Chiado you should know that it’s somewhat of a village that never sleeps. From morning until night this area is packed with tourists, all trying to find their place amongst the restaurants, cafes, shopping blocks, bars and public sights.

Here are your best options for accommodation in Chiado.

Some will disagree, but I find Chiado one of the best neighborhoods in which to book an Airbnb and be done with it. Chiado is not the kind of neighborhood where sources of food are scarce and you need the hospitality of a hotel to keep you going.

The entire street level of Chiado is packed to the brim with cafes and restaurants just begging to be explored. And since you’re likely to hear the daily commotion from your room, you may as well join in!

Airbnb’s give you the freedom to live in your own home-like space while in Lisbon, which gives you a much more local experience compared to the very compact hotels that are stacked within the old buildings. 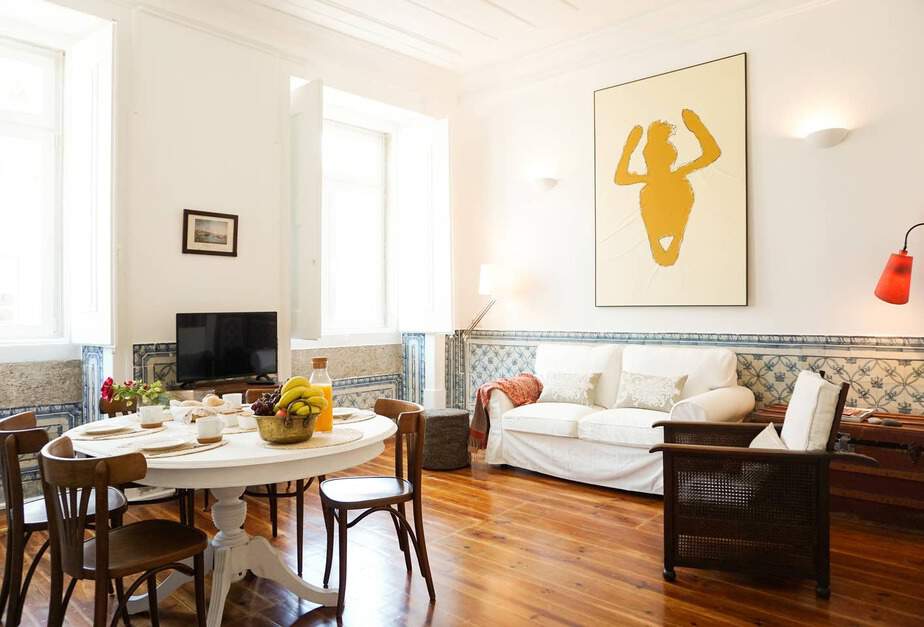 Airbnb in Chiado – by Airbnb – Sourced from their website

What’s more, Chiado’s Airbnbs are usually beautiful spaces, since the owners know the worth of this central location.

Airbnb in Chiado offers a range of options depending on the nature of your stay and how many people will be accompanying you. Thankfully most of Chiado’s old buildings have had elevators installed, so you won’t need to worry about your luggage getting up to the apartments either.

A favorite landmark on any free guided walking tour through Chiado is the Teatro Theatre  in the northern corner of the district. Across from the Teatro is a small square offering a few bistros and tapas restaurants, and around them are apartments and hotels.

The Teatro Boutique B&B threw me a bit at first, I’ll be honest. It really has taken the Italian theatre theme quite seriously (yes, an Italian theatre themed hotel in the center of Lisbon), and the interior is centered around all the characters from Commedia dell’arte. 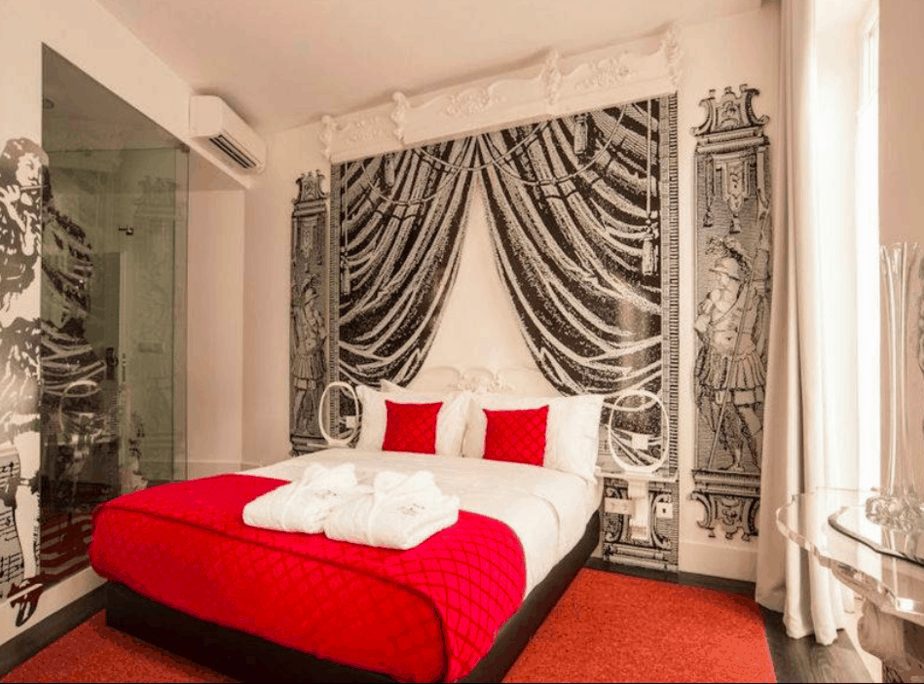 Walking into the rooms I was not expecting the plush red, well, everything — but within hours I felt right at home.

The hotel is compact, yet never claustrophobic. The staff are wonderful and the whole establishment operates with ease.

The daily breakfast was the best part of the experience at Teatro. It’s a buffet that takes place in the cafe next-door, with spreads of all hot, cold and baked breakfast foods you can imagine.

The Almaria-Da Corte Apartments are the most appealing luxury accommodation options in Chiado, in my option.

Built into an old building near the Tagus water, this hotel offers individual apartments instead of just rooms. They are spacious and impeccably decorated; classic with modern elements and all the home comforts you’d expect. 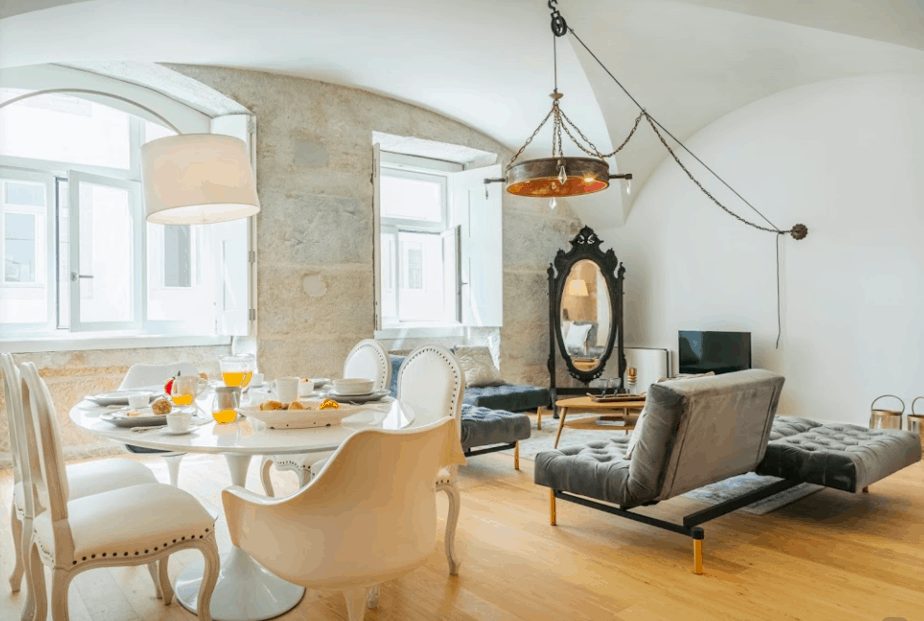 There are apartments of different sizes to suite different traveling groups. Breakfast is served daily either in the communal space down the stairs or in one’s personal suite, the choice it yours.

Look at the Almaria as the perfect hybrid between Airbnb and hotel living; the best of both worlds.

The price per night at this 4 star hotel in Chiado always astounds me. There are 3 star hotels in Lisbon charging more per night than what the Palácio das Especiarias does.

If you are a lover of all things vintage you will be in absolute bliss in this hotel. My first walk through the communal space and I was picking out objects and furniture that I wanted to take home with me. 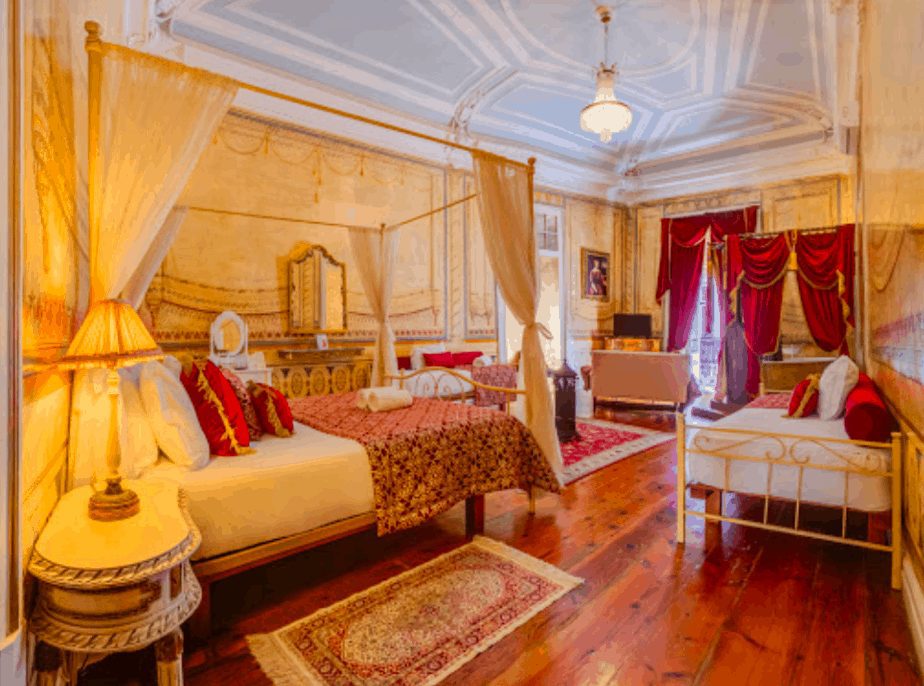 What could have easily been kitsch has become a beautiful throwback space that takes gusts into trends and interiors of yesteryear.

I like that this hotel is in the northern part of Chiado, which puts it in perfect walking distance between this area and Bairro Alto. You’ll be able to drink and dine each evening between the two as you please, without having to trek too far up the main hill that merges the two.

Those looking to enjoy the Airbnb/hotel hybrid experience without having to take out a loan can look no further than the Chiado Emenda.

It’s the perfect accommodation for couples and friends who simply need somewhere laid-back to keep their luggage and rest their heads between touring around the city. 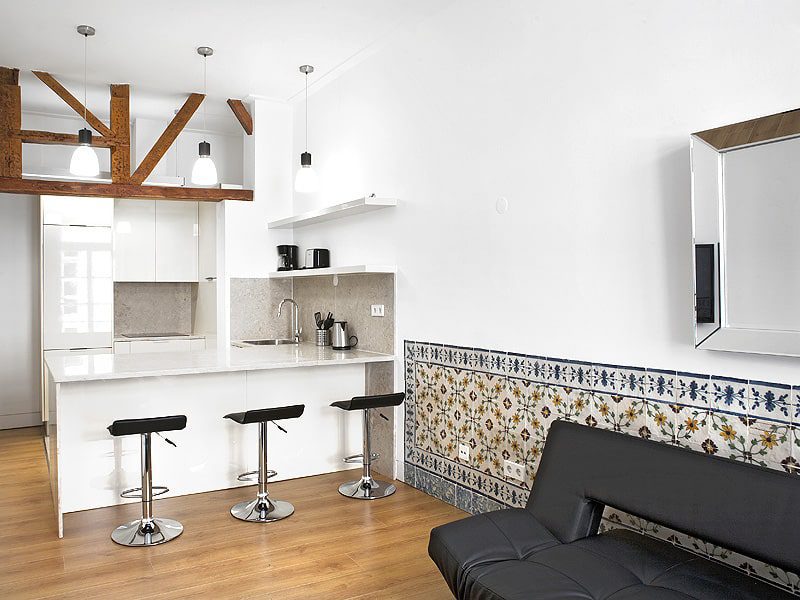 There are 22 compact apartments available, most of them single and some of them double sized.

Like the previous hotel, you’ll be in good proximity to Bairro Alto and the center of Chiado. Parking is available for those traveling with rental cars.