Gérard Depardieu and His Paris Mansion 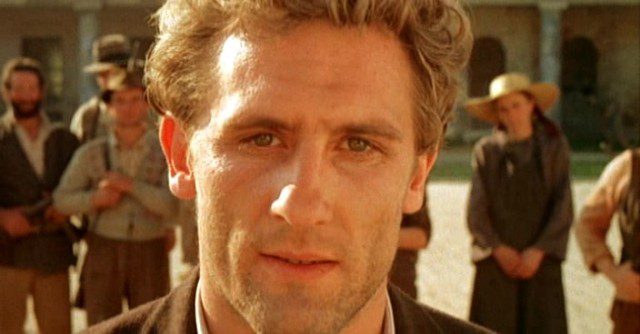 Gérard Depardieu in the 1976 film Novecento

Gérard Depardieu and His Paris Mansion

The first time I heard of French film star Gérard Depardieu, was when I saw the Asterix and Obelix movies, in which he stars as Obelix. I found the movies entertaining, and Depardieu plays his role well. Obelix was not his only successful role, as since beginning his film career in 1967, Depardieu has completed nearly 200 different films! If you’re a fan of French cinema, I recommend you check out his earlier works, such as Cyrano de Bergerac, Danton, and The Last Metro! 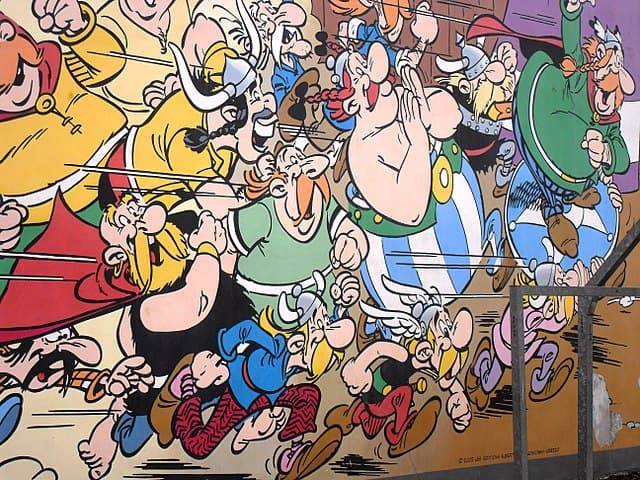 While Depardieu is famous for his successful film career, he has also been featured in news in the past few years for some unsavory behavior such as drunkenly driving a scooter, and fleeing to Belgium in an attempt to get out of the high taxes in France for millionaires. He also reportedly gave back his French passport and social security card, saying that he “never used them”, after France’s Prime Minister at the time called him pathetic for tax evasion.

Depardieu has certainly lived an interesting life, filled with ups and downs! Keep reading to learn more about this famous French film star!

Depardieu was born into a modest family of 5 children in the town of Chateauroux, France in 1948. He quit school when he was just 13 years old, and began working right away. At age 16 he moved to Paris to pursue acting.

Depardieu started out small, playing in a small comedy theatre called the Café de la Gare. Eventually Depardieu grabs the attentions of producers and directors and begins to be cast in films. One of his notable earlier works has got to be 1900, a film by director Bernardo Bertolucci, in which he stars with famous American actor Robert De Niro. 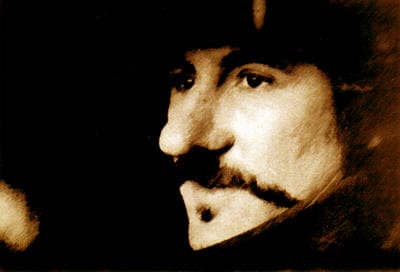 Depardieu went on to star in films with other French superstars such as Catherine Deneuve, and began to be nominated for (and win) the acclaimed César Award for Best Actor. He earned his first César award for his role in The Last Metro, and his second for Cyrano de Bergerac. Other than winning the awards twice, he was been nominated many times.

The actor also began to have roles in English language films, such as Green Card, which he won a Golden Globe for, and The Life of Pi. Depardieu also didn’t stop acting in theater, and took part in a performance of the play La Haine, which was preformed at the Festival de Radio France and also broadcasted on the radio station France Musique. He also starred in other plays throughout the late 1990s and early 2000s. His most recent theater role was in a 2014 production of a piece entitled Antwerp.

While Depardieu has enjoyed any successes in his career, his personal life has been filled with more ups and downs. 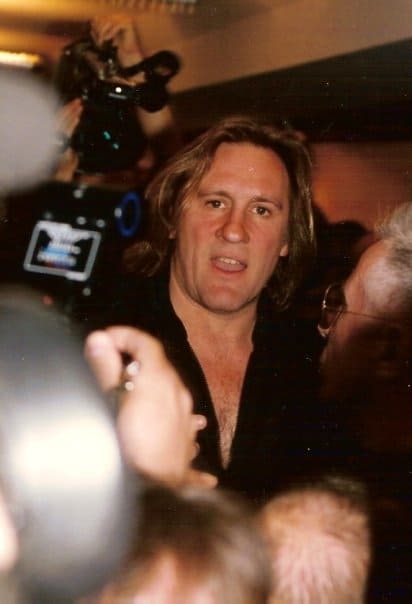 I already mentioned that he left school when he was just thirteen years old, and in fact, before he made it to Paris to start his acting career, he was involved in selling stolen merchandise.

Since these less than perfect beginnings, Depardieu has also been married once and had two children with then-wife Élisabeth Guignot, Guillaume and Julie. Both of his children went on to become actors, and sadly his son Guillaume died when he was just 37. While Depardieu was separated from Élisabeth, he had a child with model Karine Silla named Roxanne. When his separation from Élisabeth becomes official, Depardieu begins a nine year relationship with French actress Carole Bouquet, until 2005. In 2006, he has another child with a woman named Hélène Bizot, a son named Jean. If you’re thinking thats a whole lot of children and mothers to keep track of…I’m right there with you! Depardieu has been in a relationship with his current partner, Clémentine Igou since 2005. 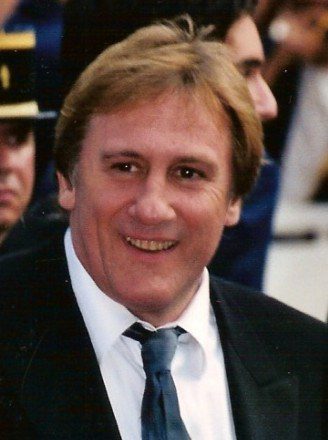 Depardieu in 2001 by Georges Biard – WikiCommons

His film career and love life aren’t the only things that have put Depardieu in the spotlight, especially recently. One of the most famous instances of his debauchery occurred on an airplane headed to Dublin from Paris. Depardieu is said to have urinated into a plastic water bottle in the middle of the plane, after a flight attendant wouldn’t let him use the bathroom as the plane was beginning to take off. Depardieu has gone on to defend himself, blaming a prostate problem for his extreme need to use the restroom, but I have a funny feeling that wasn’t the case. Just based on other stories I’ve heard about his ridiculous, and sometimes drunken behaviors really make me question his story!

Speaking of drunken behavior, in 2012 he was arrested after falling off his scooter, and then failing a breathalyzer test. Also in 2012, he was accused of punching a motorist in Paris. It is also in 2012 that Depardieu makes his famous decision to leave Paris for Belgium. In 2013, Russian leader Vladimir Putin takes pity on Depardieu, and offers him Russian citizenship. Depardieu accepts, and judging by articles written since, has nothing but kind words to say about the Russian President.

So, you may be wondering why I’ve cited Depardieu’s mansion in the title of this article. I mentioned a few times already that Depardieu fled Paris in 2012 in order to avoid paying high taxes.

This story starts with an open letter that Depardieu penned that appeared in the newspaper the Journal du Dimanche in late 2012. In the letter, Depardieu bashes the new tax plans proposed by then President François Hollande. The new plan would impose a top income tax, new wealth taxes, and capital gains taxes. He even goes so far as to say that not only will he be leaving the country, but that he will be giving up his French passport.

Since Depardieu was leaving town, he decided he no longer needed to keep his home in the 6th arrondissement in Paris. What was the asking price, you may be asking yourselves? A cool 50 million euros. It should come as no surprise, as it is literally a mega mansion in the middle of Paris, featuring 10 bedrooms, gardens, and an indoor pool! After close to 200 successful films under his belt, I guess Depardieu really knew how to live the good life.

I’ve already touched a bit on some of my favorite Depardieu films, but here are those and more, in list form, that are worth watching! 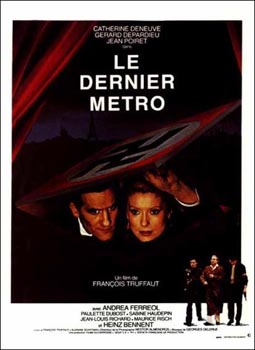 Depardieu was nominated for Best Actor in each of the films above; queue them up to see his talent in action!

Today, Depardieu still calls Belgium his home, and is known as the host of the TV series ‘Bon Appetit’. His own creation, the series follows Depardieu across Europe, as he tastes and tests the best local fares. 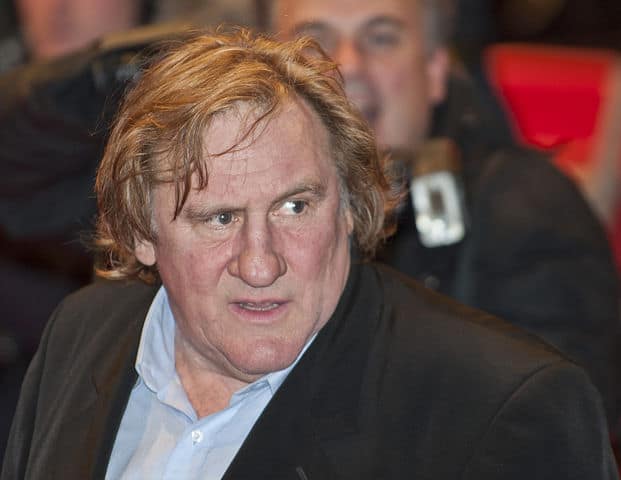 Depardieu in Berlin 2010 by Siebbi – WikiCommons

I hope you enjoyed learning more about the French film star, Gérard Depardieu! If you want to learn more about Paris in general, well, we do that! Click here to book a walking tour.