A Guide To Pains aux Raisins in Paris 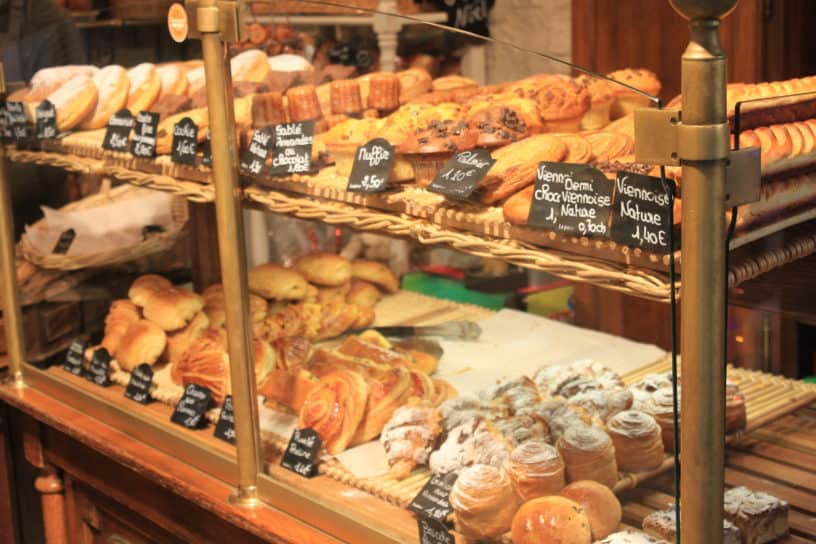 A Guide to Pains aux Raisins in Paris 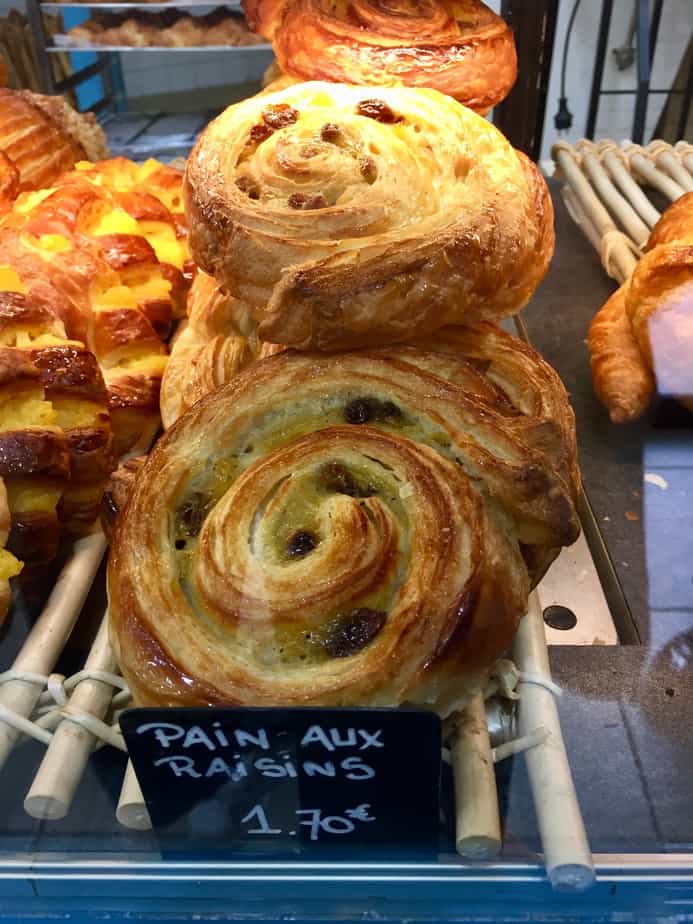 Pain aux raisins translates as raisins bread. It is made with a leavened butter pastry mixed with dried raisins and creme filling. The whole thing is shaped in a spiral.

Pains aux raisins are French pastries categorized as “viennoiseries” which means “things from Vienna”. Actually, you may know other members of this category like the very famous croissant or the pain au chocolat.

The viennoiserie originates from Austria and first appeared in France between 1837 and 1839 when an Austrian officer opened a Viennese bakery in Paris (located near rue de Richelieu). It is also said that the Kipferl, a pastry from Austria, would be the ancestor of the croissant. As the story goes, this expertise on viennoiseries would have been transmitted from Viennese bakers to their French pupils. However, we had to wait until the beginning of the twentieth century for the viennoiserie to officially become part of the French gastronomy.

How to eat it properly

First things first, never cut it, Always bite! This is not a cake, no need for forks and knives… Think of it like a pizza!

Next, have it at any time of the day you like. According to Wikipedia, French people would be used to eating their pains aux raisins for breakfast. I am personally not a fan of breakfast this is why I always go for pain aux raisins after lunch or when I am craving some in the middle of the afternoon.

Finally, don’t get fooled by chain stores. This is often the easy option because of the fact that they can be found everywhere: at the airport, in train stations… Even though you have just landed in Paris and your first thought is to eat pain aux raisin, please wait for it a little until you can find a proper bakery, it will be worth the wait. And continue reading if you want to know all about my favorite addresses in Paris to eat this French delish.

Where to find the best ones in Paris

What I love about pain aux raisins is its affordability! No matter the bakery, whether it is the most luxurious and expensive ever or simply the one down your street, their price will always gravitate around 1,20 – 2,70€.

Let me give you a tip, especially if you are a student like me or simply looking to save up some money. I suggest you skip dessert at the restaurant and eat pain aux raisins from the nearest bakery instead. This way it is cheaper and I personally tend to find desserts at the restaurant way to heavy anyway.

Now let me tell you about my favorite places to eat pain aux raisins in Paris. 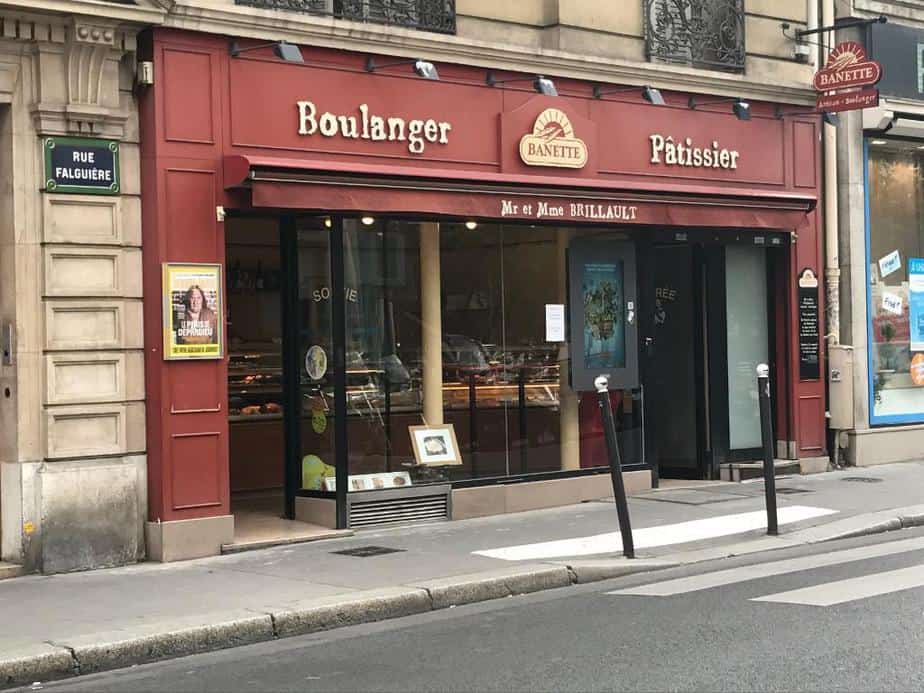 The First one on the list is Banette. IT IS THE BEST PAIN AUX RAISINS OF PARIS!

Perfectly golden, just enough cream, the perfect amount of raisins. Nothing else to say. Tastes might be subjective but let me tell you, you are going to like it!

It is located near the Montparnasse train station. If you are having a walk in the district, don’t forget to pass by, you won’t be disappointed. 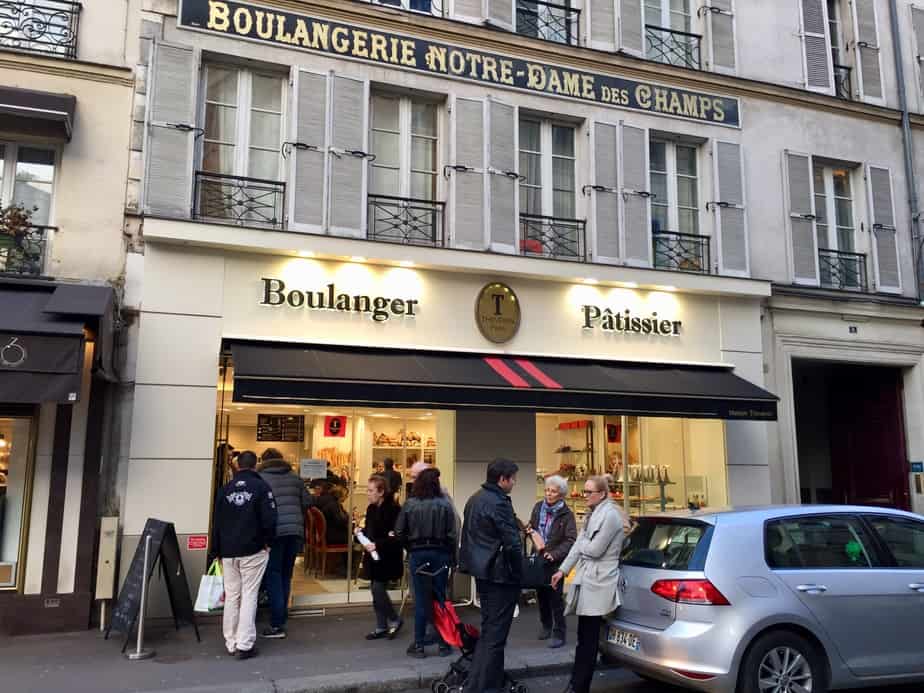 Located very close to a street called rue de Rennes this one is on my way from my house to the Luxembourg garden. I discovered it one day I was heading to the garden and needed to buy some food for a picnic. You can figure out what I picked for dessert…
And then I fell in love. I fell in love first with the fact that their pain aux raisin is perfectly proportioned. You know how awful it is when you buy a small pastry and have it finished in one bite…Also, what I loved about their pain aux raisins was that they had just enough cream and the raisins were of excellent quality!

I warmly recommend this place! 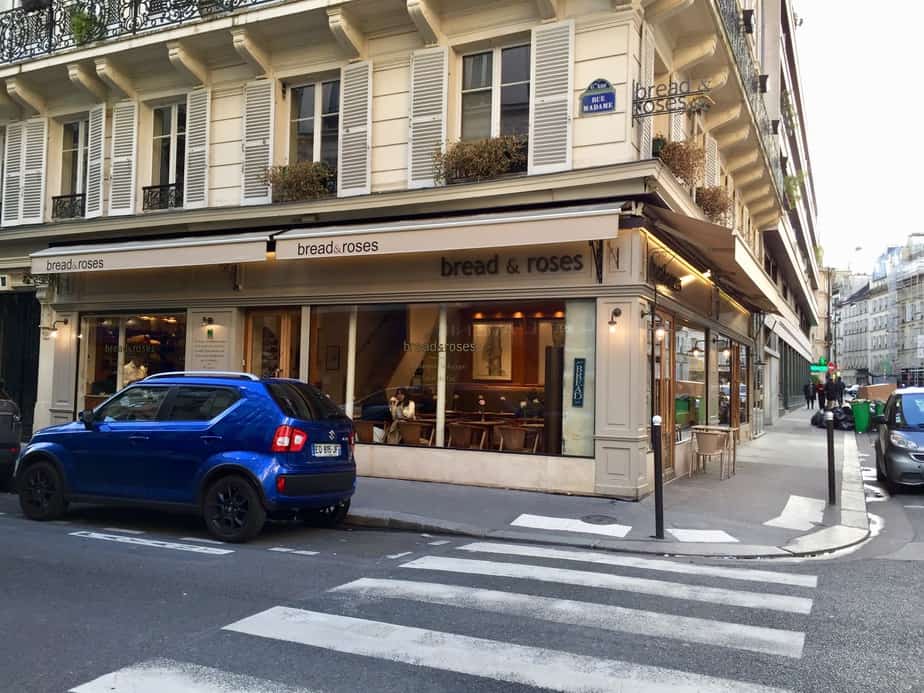 If you are having a walk in the Luxembourg garden (yes, it is my favourite place ever), I suggest that you stop by Bread & Roses for pain aux raisins. Theirs have lots of raisins, very little cream and are deliciously soft in the inside. If you want to, you have the possibility to enjoy your pastry in the tea room, a really nice and comfy area. 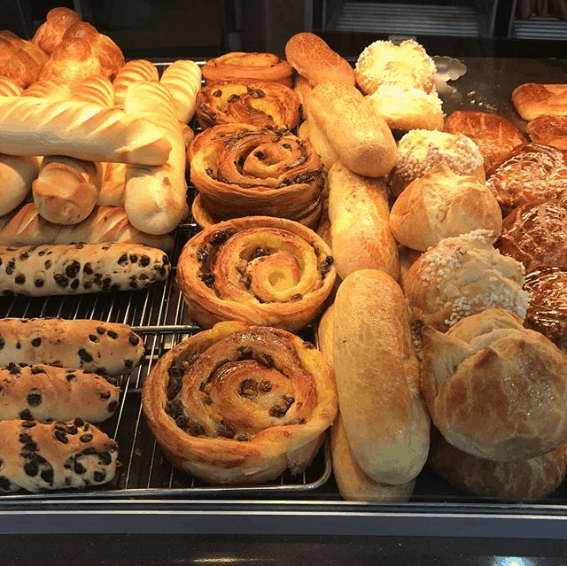 Located in the seventh district near the beautiful Champ de Mars, Les Gourmandises d’Eiffel is the last one on my list of favorite places to eat pain aux raisins in Paris.
I had heard about it through the gastronomic website Atabula. Back in September, I was looking through the internet for addresses and found out this website had organized a contest to figure out the best parisien pain aux raisins ever. They had 8 chefs, bakers, journalists and photographs forming the jury and 30 pains aux raisins were tasted. Eventually, Les Gourmandises d’Eiffel was ranked first.

Even though this one does not own first place in my heart I would still recommend it. The pastry is well buttered, golden, crusty and creamy. Delicious!

Learn how to bake French pastries!

You have had the most perfect time in Paris, eaten the most perfect pastries but now it is time to go home. What if I told you that you could learn how to bake viennoiserie like they do in a French bakery? This way you would never run out of fresh viennoiseries, no matter where you are in the world.

It is the proposition of Le Cordon Bleu Paris Institute.  The workshop aims to teach you all the techniques whether you are already familiar with it or a complete beginner. It is a bit costly but you are in for a complete and intense training of 6 hours with professional chefs. By the way, all courses are taught in French and consecutively translated into English by a translator.

Here you go! Now I wish you the best savoring experience of Parisien pains aux raisins!