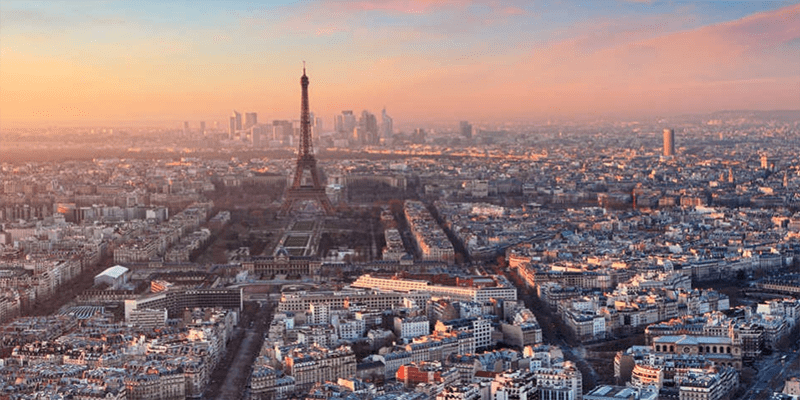 If nowadays Montparnasse mainly refers to the train station, for a very long time Montparnasse was to Paris what Camden in now to London: the place to be for the artists.

What to see in Montparnasse?

Plan your visit to Montparnasse

As you may know, if you have followed our Montmartre Free tour, until the late 1910’s, all the artists would gather in Montmartre for its cheap way of life and its peculiar atmosphere. However, this neighborhood was a bit far from the centre. And this is when Montparnasse stood up as the perfect compromise: it was much closer to the heart of Paris but wasn’t very popular yet, so living there was quite affordable.

The world-famous painter Pablo Picasso was one of the first artists to leave Montmartre and settle in Montparnasse, and behind him followed a flood of intellectuals and artists like Cézanne, Jean-Paul Sartre, Giacometti, Dali or Ernest Hemingway. All this intellectual and artistic effervescence really contributed to the creative and libertarian atmosphere that characterized Montparnasse in the Roaring Twenties, which really consisted in the Golden Age of Montparnasse.

Today, Montparnasse might not be the center of artistic life but if you follow my steps, you will catch the sight of Montparnasse’s ambiance in the twenties but also discover the best spot of the neighborhood nowadays. So here are the top 10 things to do in Montparnasse.

>> Read more about Impressionism in Paris: the painters and the city

1. Enter the Empire of Death

If you have got a steady stomach, the first thing to start with are the catacombs of Paris. During the time of Revolutionary Terror in the 1790’s, many cemeteries of Paris were closed for sanitary reasons. But the remaining bones of the six million corpses had to be put somewhere and the best idea they found was actually to bury them under Paris. But they are not just piled up and covered with mud: they give form to a macabre but romantic underground maze covered with skeletons and skulls. Isn’t it the best way to start the top 10 things to do in Montparnasse to discover what is under its feet? Get there in the morning when there isn’t a lot of queues yet and also bring a jacket because the 14°C will make you shiver more than just of fear…You can purchase tickets directly there or you can join a walking tour (tickets to buy on Viator). 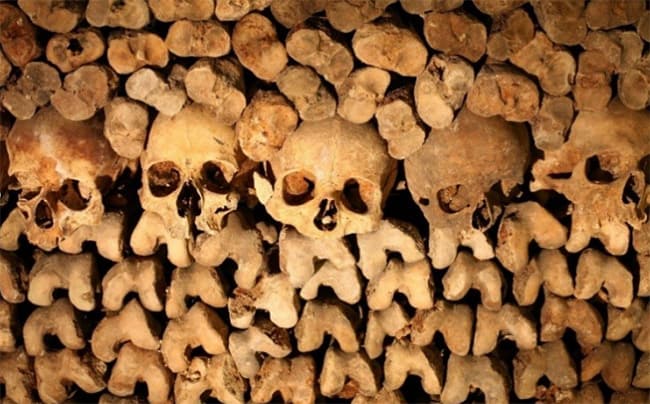 >> Our guide to visit the Catacombs

>> A guided tour of the Catacombs

2. Take a look back in the past with the Observatory

Built in 1667, it is the oldest observatory still working. It is actually one of the observatories that helped to launch meteorology in Europe. The building is made of many very cute little rooms that look quite old styled. My favorite one is the dome which has a very elegant 9 meters long telescope. So if you want to feel closer to the sky while in the city of love and magic, the Observatory is the place to go. 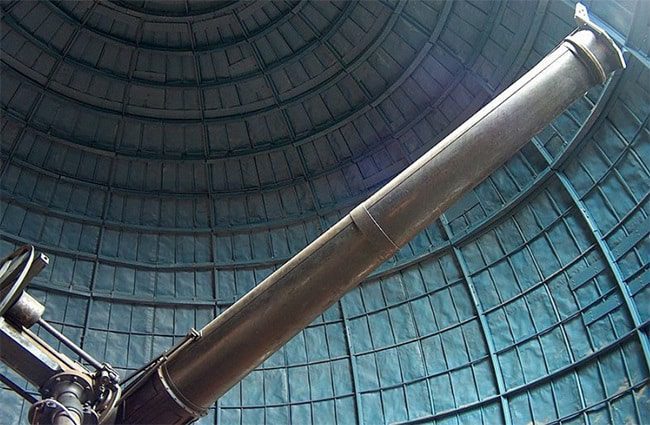 3. Meet the contemporary artists at the Fondation Cartier

I told you that following the top 10 things to do in Montparnasse meant linking present to the past. This foundation created by the very famous French jewelry maker “Cartier” (jewels of which I am profoundly but tragically, because of their exorbitant prices, absolutely found). But the goal of this artistic centre has nothing to do with jewelry: it is actually to discover and promote new contemporary artists from France and all around the World.

This aerial building playing with light and reflection hosts photography, paintings, videos, fashion, live shows and last but not least, you can end your visit in the garden of the foundation which itself is a work of art. The 35 different species of tree and 200 species of plant will make you forget the busy boulevards and plunge you into an exotic and enchanted atmosphere. 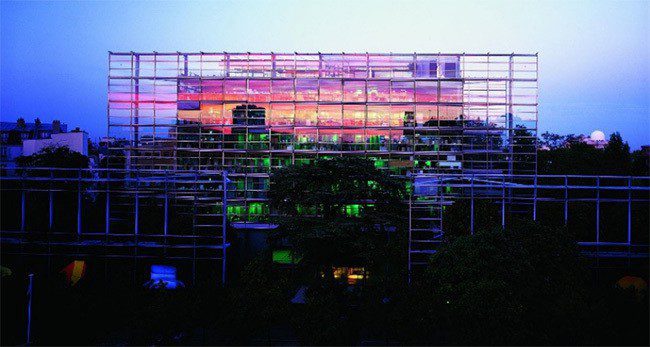 As weird and morbid as it sounds, taking a walk in the cemetery of Montparnasse is especially pleasant and soothing. It is very green and you can spot one of the last remaining windmills of Paris among some other pieces of art. Montparnasse Cemetery is somewhat unique, because there are a lot of artists buried here.

Take a walk in the cemetery among some of the most famous artists of the roaring twenties! But mostly you can see the tomb of very well-known intellectuals and French artists like Jean-Paul Sartre, Simone de Beauvoir or Charles Baudelaire along many others. 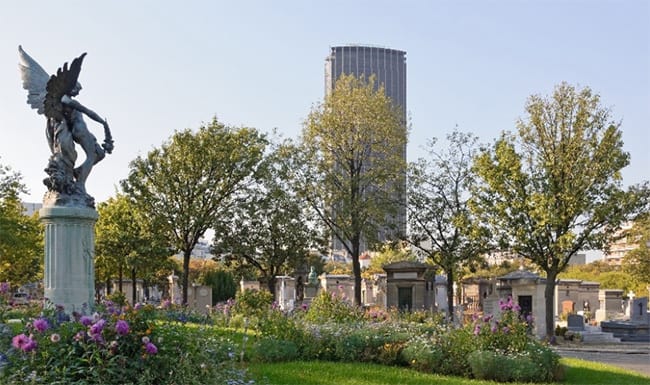 > For your lunch, I offer you two options depending on your tastes and your budget (or take a look at other restaurants here).

5. Go fancy and artsy with the Restaurants

In the 1920’s and later on, all the artists that lived in Montparnasse would split between two cafés: the more literary Le Dôme or the more musical and for painters La Coupole. These two really were the centre of the intellectual and artistic effervescence. La Coupole, for instance, was painted by the very artists that would actually hang out in this café.

Among the most famous personalities that frequented it are Hemingway, Josephine Baker or Giacometti. But nowadays these two aren’t much a place of creativity but have rather became very class restaurants where you can have delicious gastronomy for quite an expensive price. This is the kind of place that comes to mind when you hear the phrase treat yourself. 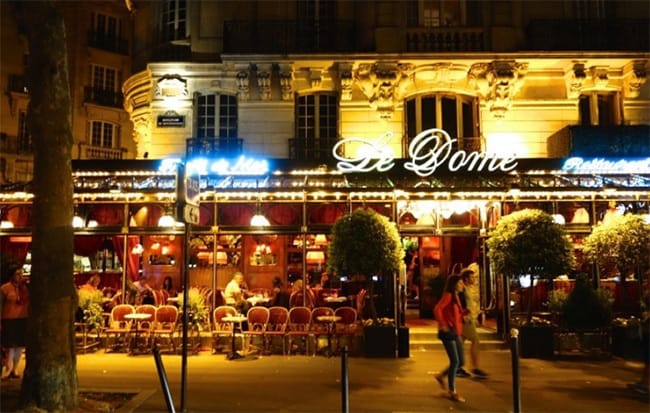 6. Eat the best « crêpes » you have ever tasted

So if you prefer to go the traditional route, the top 10 things to do in Montparnasse can also lead you to discover the present atmosphere of Montparnasse. Straying out from the train station, the surrounding streets like “Rue du Montparnasse” are known in whole Paris and even in all of France for their authentic Breton “crêperies”. You shouldn’t actually leave Paris without having tasted a real French “crêpe” so here is the best place to do so.

My favorite crêperie in the area is Ty Breizh. Besides serving up traditional sweet and savory crêpes, the joint is authentic, friendly, and right in the middle of Montparnasse. If you’re on the hunt for a delicious spot that won’t break the bank,  this place fits the bill. 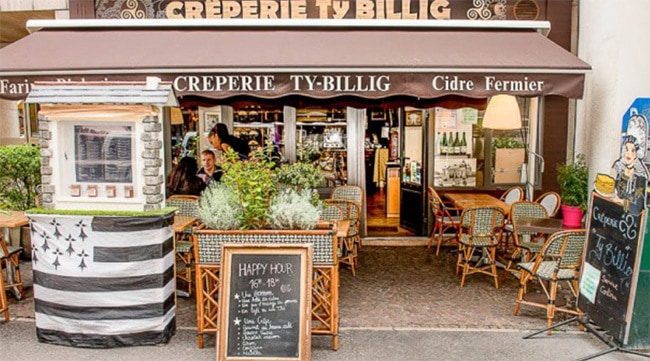 7. Contemplate the Sculptures of Musée Bourdelle

This museum will let you stroll in the workshops and gardens of the late 19th Century sculptor Antoine Bourdelle. Even though you may never have heard of him, it is definitely worth the detour.  Bourdelle studied under the more famous sculptor, Rodin for years. But as it is in the art world, his work definitely doesn’t receive the recognition it deserves. The sculptures are impressive and the garden is scattered with them which makes it look, in my opinion, like an old backyard from the Antiquity. 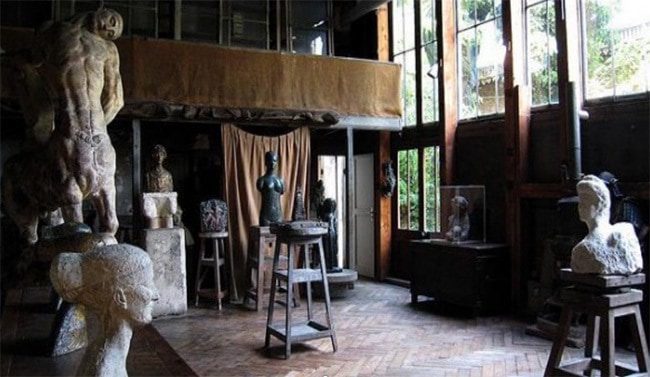 « Gaité » literally means cheerfulness and this street is aptly named and once again, is a key stop on the top 10 things to do in Montparnasse. It used to host the “guinguettes” of Montparnasse which were popular cabarets of the 19th century. If “guinguettes” aren’t a place to go out anymore, the street, in order to keep its spirit of joy has adapted to our activities and is now crawling with little colorful theaters. If you want to get more than a glimpse of Montparnasse lifestyle, you can book a play at the Bobino theater for instance. 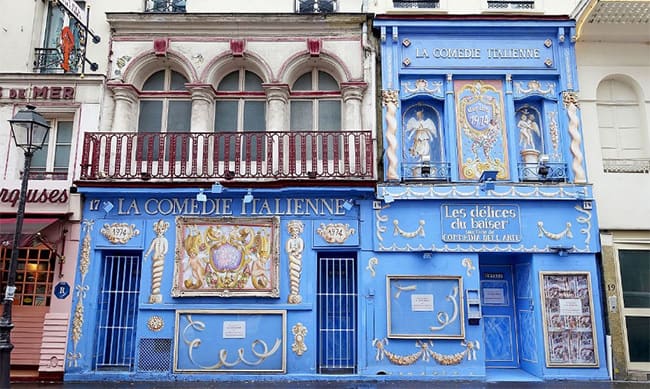 9. Catch the Sunset at the top of Montparnasse tower

Montparnasse wouldn’t be itself without its tower and the many people that criticize its aesthetic actually say that the best view of Paris is from its top: where you don’t see it! The view is absolutely striking and offers you a whole panorama of Paris. If you can get there for the sunset, you definitely are the luckiest person alive. Get your tickets in advance (on your smartphone) and enjoy a direct access to the elevators to the 56th floor.

>> The best views of Paris at night

10. For the night owls: night-clubbing

If you still aren’t tired of my top 10 things to do in Montparnasse, the last thing you can do is go in one of the clubs that are actually under the tower. Especially if you like the “International student spirit”, the Mix Club has some “Soirée Erasmus” every Thursday where you can meet students from all around Europe and share your experience of the Parisian life!

This list of the top 10 things to do in Montparnasse wouldn’t be complete without a trip to the famous Montparnasse train station. Actually, this train station is one of the city’s most important, and serves regions to the South and West of Paris. So if you fancy exploring Bordeaux, Poitiers, Brest, or La Rochelle, this is where you’ll board a train from Paris. Happy exploring!

I hope that after this little journey, Montparnasse will mean more than just a Tower or a train station and that it will represent a whole feeling to you. Remember: Montparnasse is about revisiting the past, looking for art and aesthetic but also living fully the pleasures of today!

If you want to know how to dress like a real Parisian to completely fit in the capital, you can check this article.

Clara is a young Parisian who is a bit lost about her future so she studies both Political Sciences at Sciences Po University and Mathematics at La Sorbonne. However, if you dare to lose yourself in the streets of Paris with her, be certain to discover their magical and mystical secrets. Passionate about traveling and discovering new cultures, she still prefers the food, the river banks and the street art of Paris. 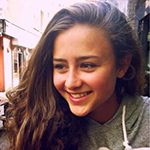 Clara is a young Parisian who is a bit lost about her future so she studies both Political Sciences at Sciences Po University and Mathematics at La Sorbonne. However, if you dare to lose yourself in the streets of Paris with her, be certain to discover their magical and mystical secrets. Passionate about traveling and discovering new cultures, she still prefers the food, the river banks and the street art of Paris.