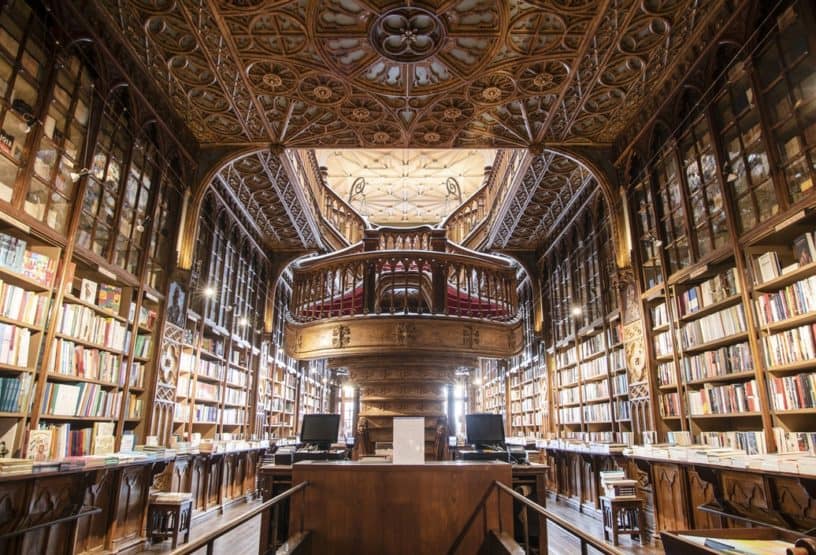 As far as architecture goes, Lisbon’s is reflected in the century old history that clings to the city. Any free guided walking tour through the winding streets will tell the tales of years gone by, and how the buildings and monuments came to be what they are today.

When I think of the buildings of Lisbon the age old saying “as without, so within” comes to mind. 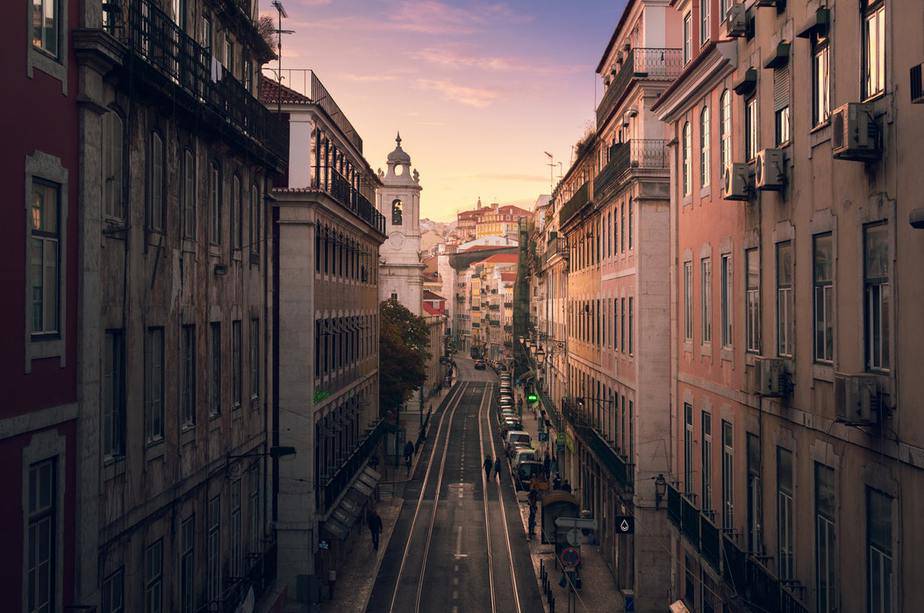 Please note that I’m fully aware that this saying was definitely coined in reference to something far less tangible than Pombaline style architecture. Nevertheless, the metaphor seems perfectly applicable to much of the aesthetic appeal that the Portuguese infrastructure carries.

The interior spaces that are housed behind closed walls are some of the most exquisite in the world — particularly those developed after the great Lisbon earthquake in 1755. 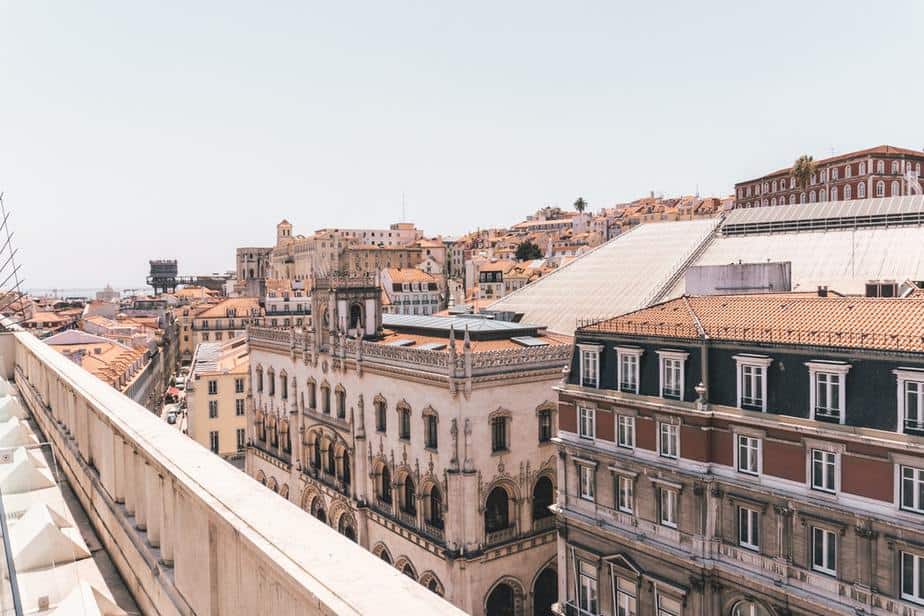 In true European style, Portugal is also home to some of the most enchanting libraries on the continent; many of them just a short distance from Lisbon centre.

Century old buildings that form refuge to the thousands of books and manuscripts preserved through tumultuous European history. With walls that could tell a million tales and architecture that could make even the harshest of critics swoon.

Here are the top 3 most enchanting libraries near Lisbon that you simply must pay visit to while in town.

Start with the best first? Why not.

Mafra Palace is enchanting enough on its own without the addition of a world-class library between its walls. Located just outside of Lisbon, Mafra is a great spot to take a day trip out of the city for a few hours.

To put it bluntly; Mafra National Palace is absolutely massive. In fact, it is the largest monument in the entire country and a pristine, preserved example of Portuguese baroque design. 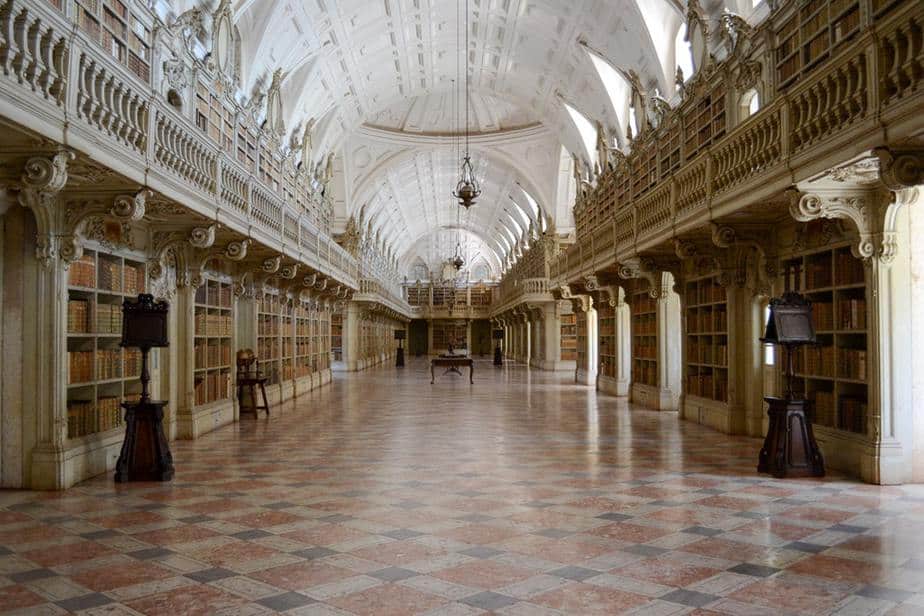 The Palace’s library, dating back to 1771, houses a collection of over 36,000 books. Amongst them are many rarities; such as preserved prints from the year 1500 and all of the forbidden works of the eras long before.

The library space itself is somewhat of a marvel. “Enchanting” is probably putting it mildly; the white and cream woodwork bouncing off of the flesh-toned leather backs is rather spell bounding.

Rumor has it that it takes an army to keep all of these books in pristine condition… an army of bats that is. By night, hundreds of bats are released into the library wherein they eat the insects thats seek to eat through the books. During the day they live in boxes elsewhere in the palace grounds. 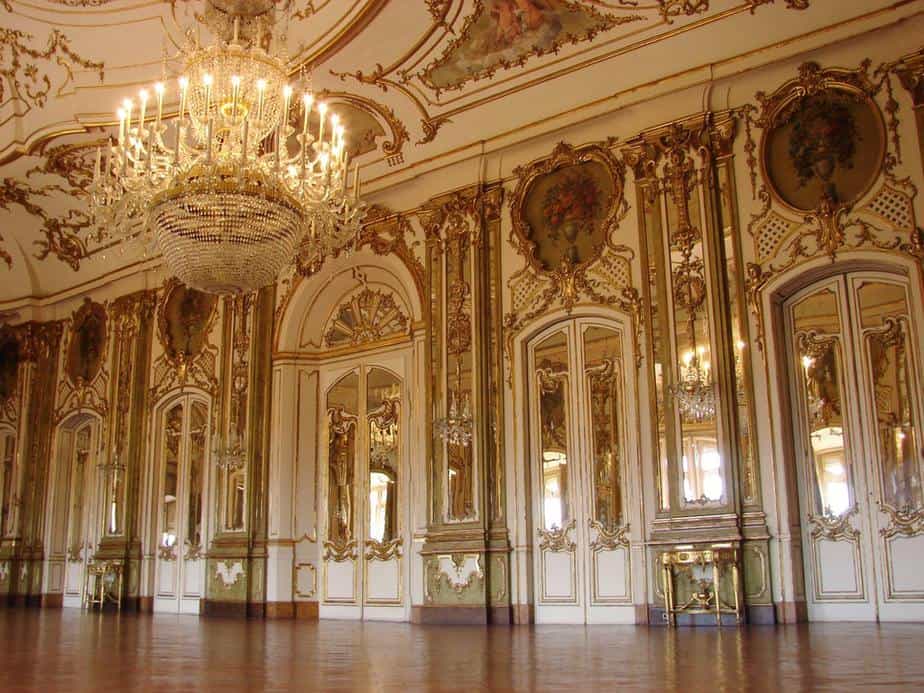 Bats or not, the Mafra Palace Library is pure magic from the marble floors to the hand carved ceilings.

If you ever want to feel immersed in a culture and history so foreign from what you’ve been accustomed to thus far, head over to the Mafra library and let it slowly entwine into each of your senses.

In a building not quite as old as the Mafra Palace, but equally as beautiful (in a different way), we find another lavish library collection known around town as the Lello & Irmão Bookstore.

In 1906 the building that houses this library was inaugurated, and the book collection began. Like Mafra, the space is old and ornate, but instead of marble and beige Lello & Irmão opted for the old school wooden theme to house their works. 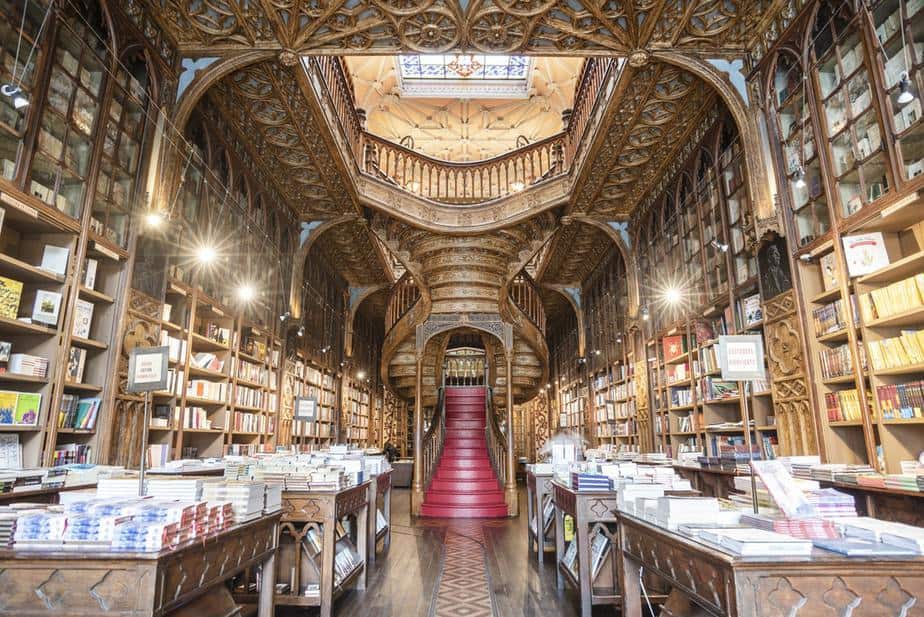 The library is exceptional — and the collective works are a bit more contemporary than the leather bound series at the afore mentioned library. At Lello & Irmão you can actually work with and enjoy the books, it is less of a museum and more of an actual library.

For some reason it seems all Portuguese libraries come with some sort of rumor attached to them. In the case of Lello & Irmão, the story goes that this is the spot where renowned author of the Harry Potter series, J.K Rowling, experienced here inspiration to write the works that she did.

The author was a resident to this town for over ten years and used to frequent this library for a cup of coffee quite often.

It’s undeniable that the library looks like something straight out of Hogwarts itself. Another not-to-miss attraction not far from Lisbon. 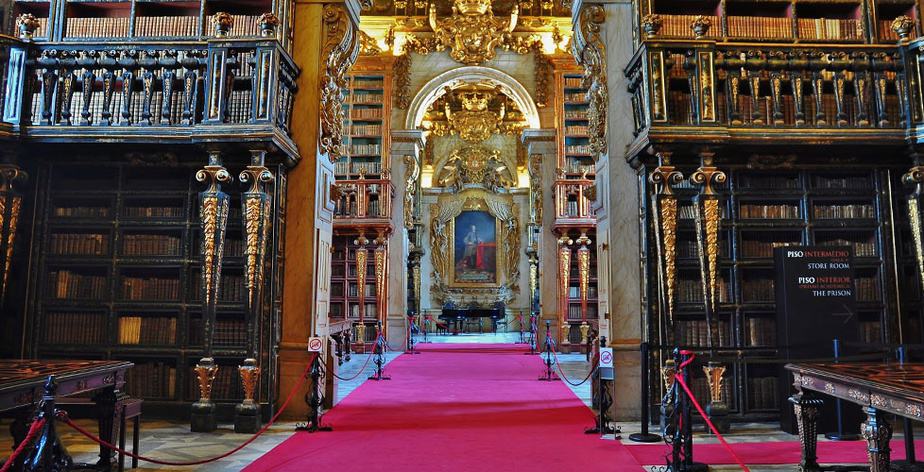 This exquisite library is the seemingly perfect fusion of baroque royalty and wood craftsmanship. Ironically, the wood used within the Bilioteca Joanina was actually brought in from Brazil and crafted by an Italian!

The library holds a collection of over 250,000 books dating back between the 15th and 19th centuries in Europe. While the collection is impressive, my favorite thing about the Bilioteca Joanina must be the painted ceilings and the utter whimsey of the scenarios that they depict.

It seems that the Mafra library knew what they were doing when they let the bats out by night. Bilioteca Joanina does the same, and these bats work through the darkness chomping on any critter that poses threat to the ancient bound works.

Note that there is a €7 entrance fee for this library. It is open every day of the week and well worth it, I promise. 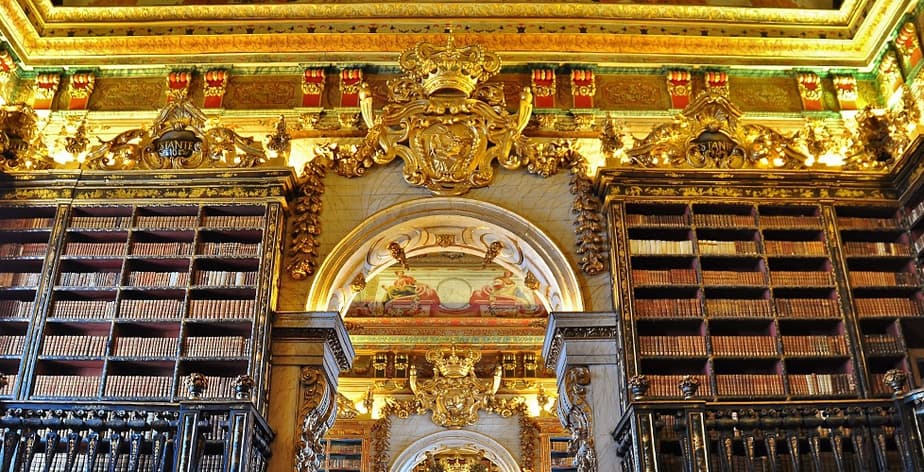 Sometimes the exterior beauty of Portugal can make us forget to go inside from time to time. As you walk the streets take note that you may be in close proximity to one of these marvels to venture into for a while.

As without, so within… right?