The Most Beautiful Train Stations near Lisbon 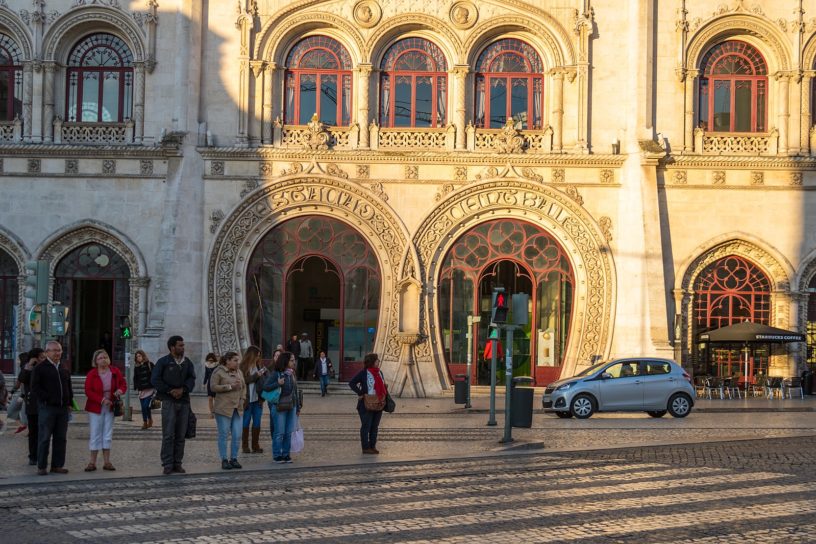 The Most Beautiful Train Stations near Lisbon

Lisbon is an architecturally aesthetic wonder, but I probably don’t need to tell you that.

Church or train station, it matters not; these buildings have a rich history and a distinctly different appeal to them in comparison to the rest of Europe. In Portugal, color is celebrated, and this is something you’ll notice just by stepping out of your Airbnb.

Click here for the best neighborhoods for Airbnb in Lisbon

Three of the most beautiful train stations on the planet call Portugal home. Will your itinerary allow for you to see them all?

If you scour the Internet for reviews, thoughts and opinions on Rossio Train Station in Lisbon, you’ll see that it seems to be a global consensus that this might just be Earth’s most beautiful railway station.

The station itself sits in the heart of old town Lisbon. The neighborhood sets the perfect scene for a journey by rail, so you’re already lightly swooning before you’ve even seen the interior. 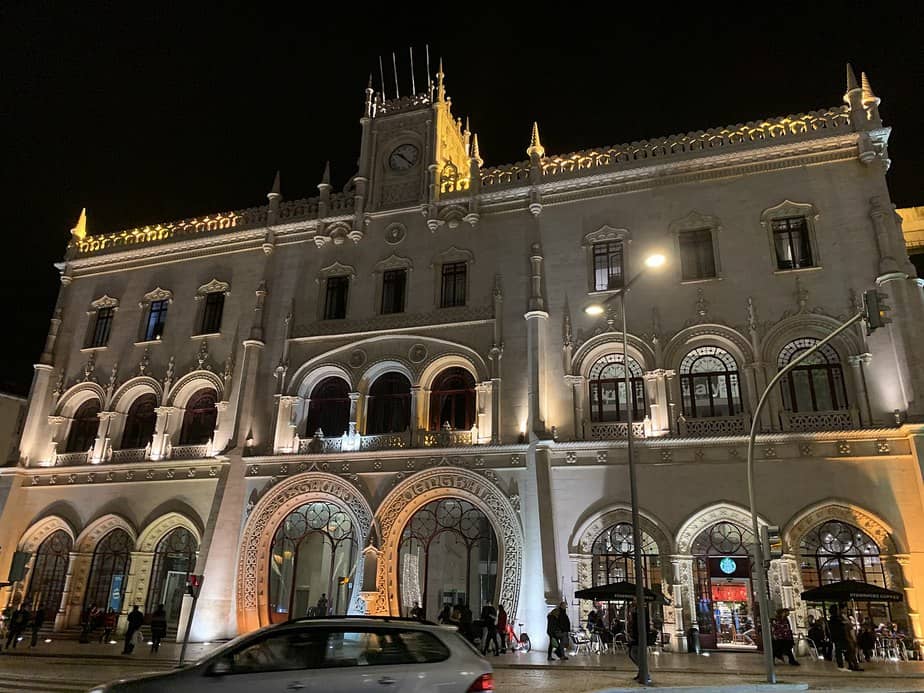 This station was built in the late 19th century under order from the Portuguese Royal Railway Company. The architecture is described as majestic and fairytale-like.

It was built as such because it was once used as the sole connection between Lisbon and Sintra, where all of the Portuguese royals had their summer homes.

Sintra in two days? Why not!

Even if romantic art is not your cup of tea, the design of this station definitely stirs something deep within each individual who sets foot into the building. If you’re more impressed by logistics, then you should know that the station tunnel is about 2.6km long, and is confirmed to be one of the most impressive works of Portuguese engineering in history. 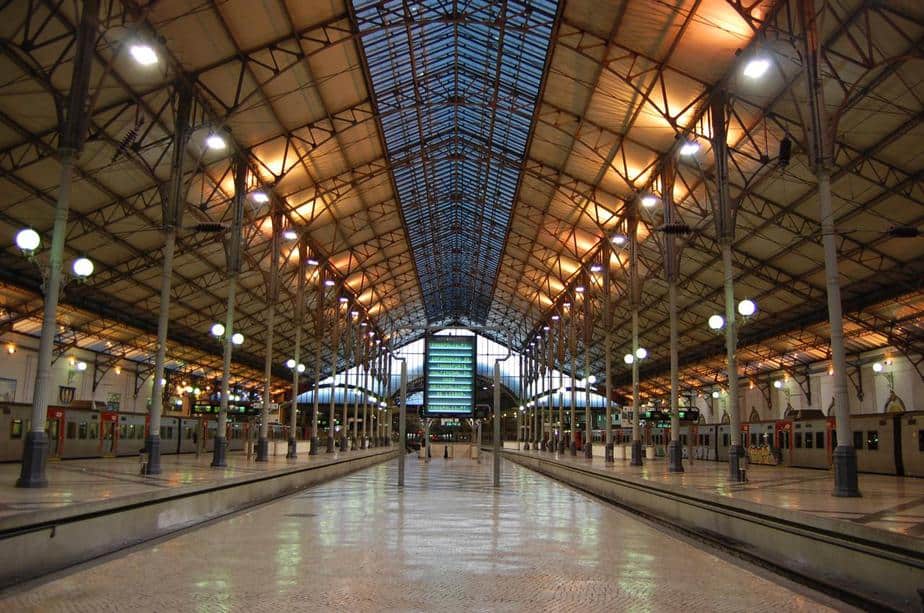 Looking to travel between Lisbon and Madrid? Click here

Back in 1903, Jorge Colaço designed the plans for this astounding train station in Portugal’s coastal region of Porto. Public review confirms this as yet another of the world’s most exquisite railway terminals, and it is very easy to understand why.

The station is filled with the traditional white and blue tiles, usually associated to the historic culture of Portugal. It shoots you right back into the start of the 19th century, when Portugal was still finding her feet due to a tumultuous political climate.

Porto’s train station is very central, making this an ideal attraction to add to any day you spend exploring the city by foot. Similarly, you can connect to any nearby coastal villages via this train station, which is something I recommend doing if you have time to spare for a day trip.

For more great things to do in Porto, click here!

The station staff are well aware that they work in a building that is an unofficial museum, so feel free to spend as much time as you like gawking at the art and murals. You won’t be rushed to leave or pressured to buy a ticket. 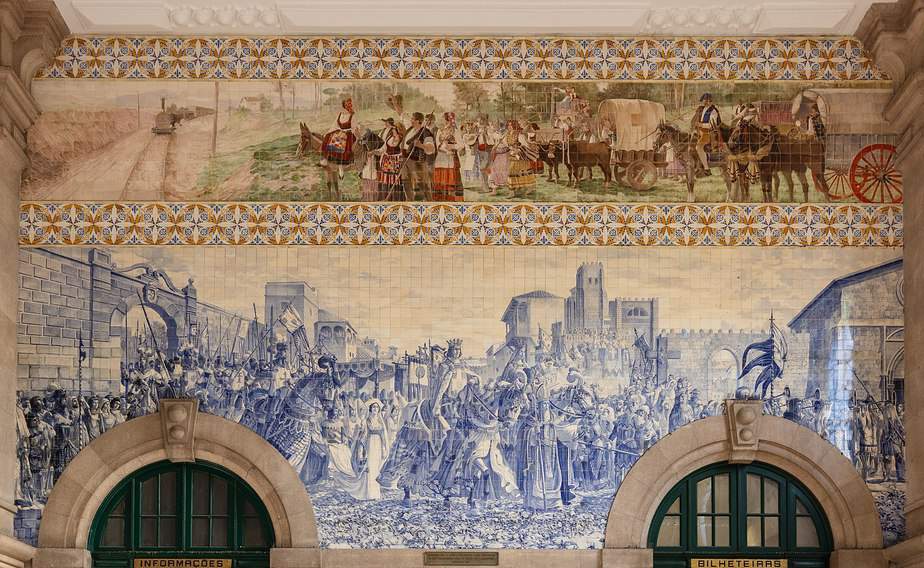 Pinhão is a tiny, charming hillside village in the north of Portugal, not far east from Porto. It’s inland, but it sits on the edge of a river, where terraced homes cascade down toward the water’s edge.

The little town boasts a pleasant station, called Pinhão Train Station. A lot of day visitors come through to the village from Porto, as it is merely a 2 hour train ride from the aforementioned station to this one. 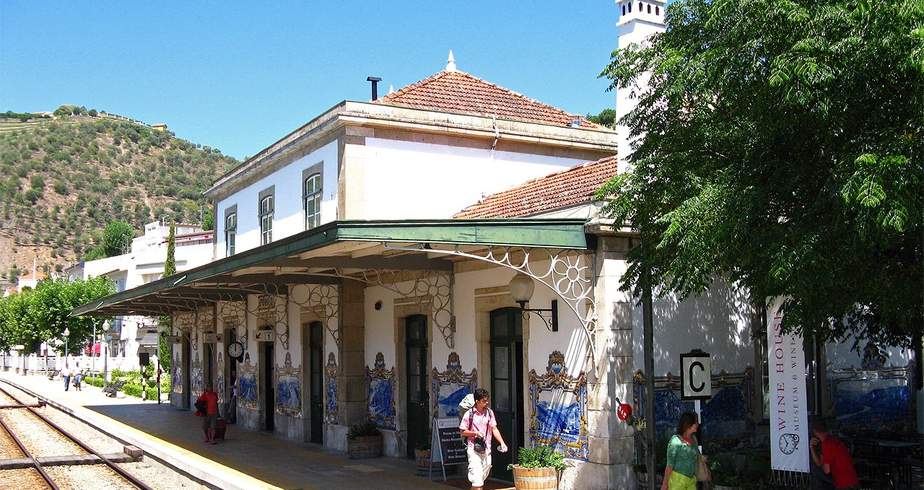 Once inside, you’ll notice this station is considerably more sophisticated that other buildings in Pinhão. It’s included in tourist packages that people embark on in order so see the region, as a lot of Port wine is produced in this part of the country.

If you make it to Pinhão Station, be sure to explore the area surrounding the attraction. You can do most of Pinhão in under a day, and be back on the train to Porto before the sun starts to set.

Take note of the times for the last trains; if you miss it, you’ll have to find accommodation until the next way out the following morning. A taxi ride between Pinhão and Porto will cost more than your flights to Portugal (probably).