The Best Ways to Travel from Lisbon to Madrid 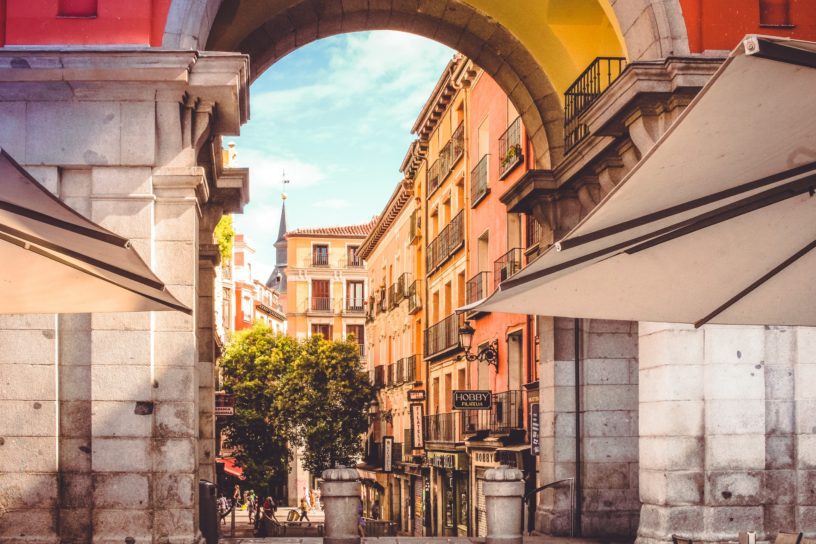 The Best Ways to Travel from Lisbon to Madrid

Portugal and Spain sit on the Iberian peninsula of Western Europe. Their capital cities, Lisbon and Madrid, are closer to one another than you’d expect, and crossing the country boarders is relatively hassle free.

If your passport permits international movement while in Europe, then you might like to consider visiting both in one trip! Here’s all the ways in which you can do so. 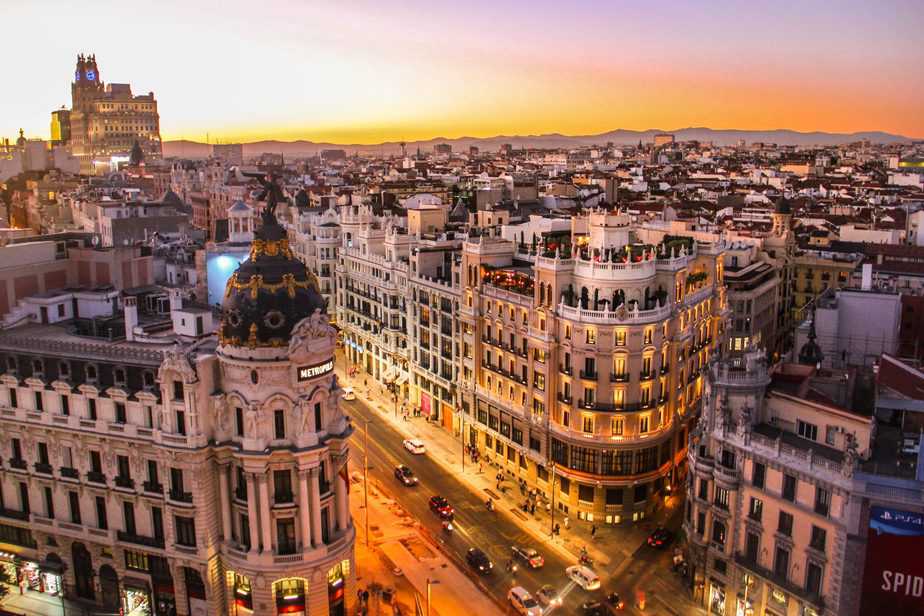 Lisbon lies on the westernmost coast of Portugal, neither south nor north, but right in the center. Madrid is in the center of Spain, and sits slightly northeast from Lisbon’s city center.

The close proximity of these two lands makes it easy to understand why locals in Portugal get so offended when someone attempts to speak Spanish to them — and vice versa! 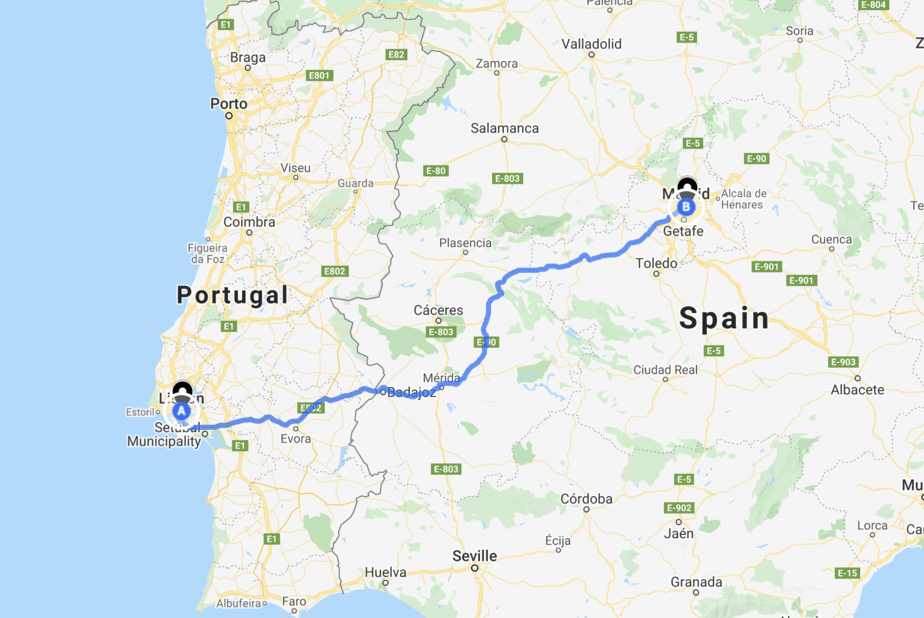 The countries exist completely separate from one another, and mistaking someone as Spanish when they’re actually Portuguese is one of the most offensive things a tourist can do!

For more on what not to do in Portugal, click here.

Between them there is 624km, and there are multiple ways of traveling between the two cities. This is considered a relatively short distance by European standards, and your choice of transport will largely depend on how much money you have to spend, & how many people you have accompanying you.

What to Expect from Portugal and Spain

Portugal and Spain have a longstanding, tumultuous history in Europe.

Portugal was the first country on the Iberian Peninsula. It was formed back in 1128, many, many years before Spain.

Spain’s history dates back to the Middle Ages, around 1516. The real tension between the two countries began in 1580, when the Spanish first invaded Portugal and actually ruled it for 60 years. 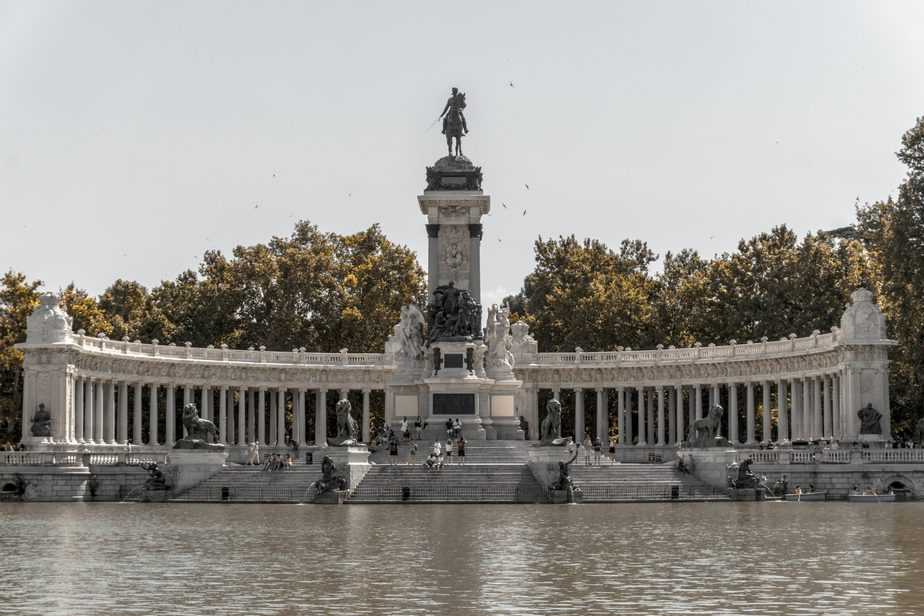 The Spanish invaded Portugal yet again in 1762; this was part of the “seven years war” that took place in Western Europe.

As you can imagine, this rich history has made Spain and Portugal very similar in some ways, and very different in others. The perpetual struggle for independence resulted in some very distinct culture and cuisine that makes the two countries easily identifiable. While the architecture and infrastructure hold many similarities.

Getting from Lisbon to Madrid

During my first trip to Lisbon, I booked far too many days in the city. After day four I was done with the hills and ready to see something vastly different.

The urge to cross a boarder was overwhelming, so I packed a small bag and jumped on the first bus to Madrid which, to my surprise, wasn’t as expensive as I had anticipated. 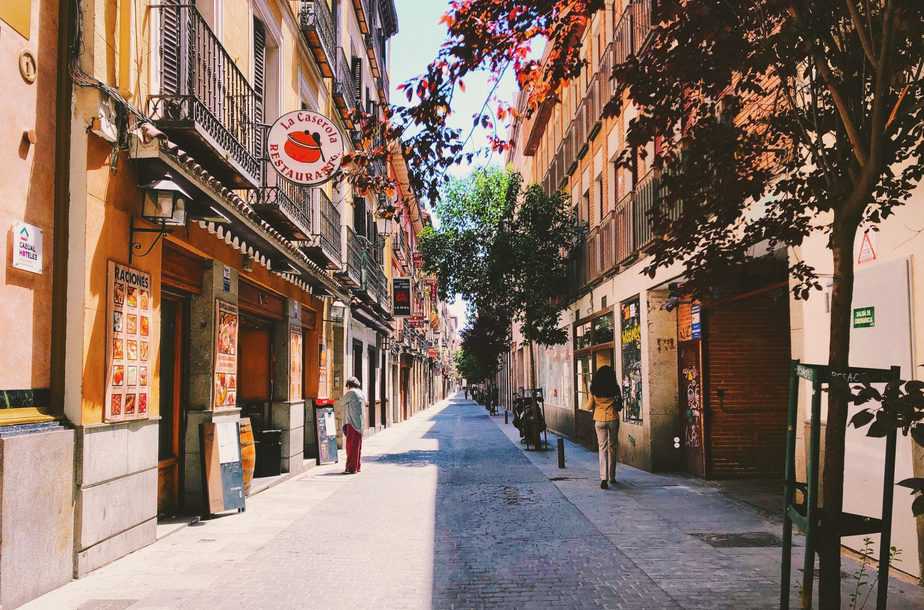 Astoundingly, the busses between Lisbon and Madrid will get you there faster than the trains can. There are currently no high speed trains servicing this route, so despite the short distance you’re still looking at a full day of travel.

The busses between Lisbon and Madrid are the cheapest way to travel. They depart from the Sete Rios Station in the city center, and there are around five departure times per day.

The journey takes roughly 8 hours and 30 minutes to complete, with some carriers running closer to 9 hours.

Because of this duration, I recommend catching the 9pm bus that runs through the night. This way, you wake up in Madrid at 7am the following morning, having not lost any daylight in the process. 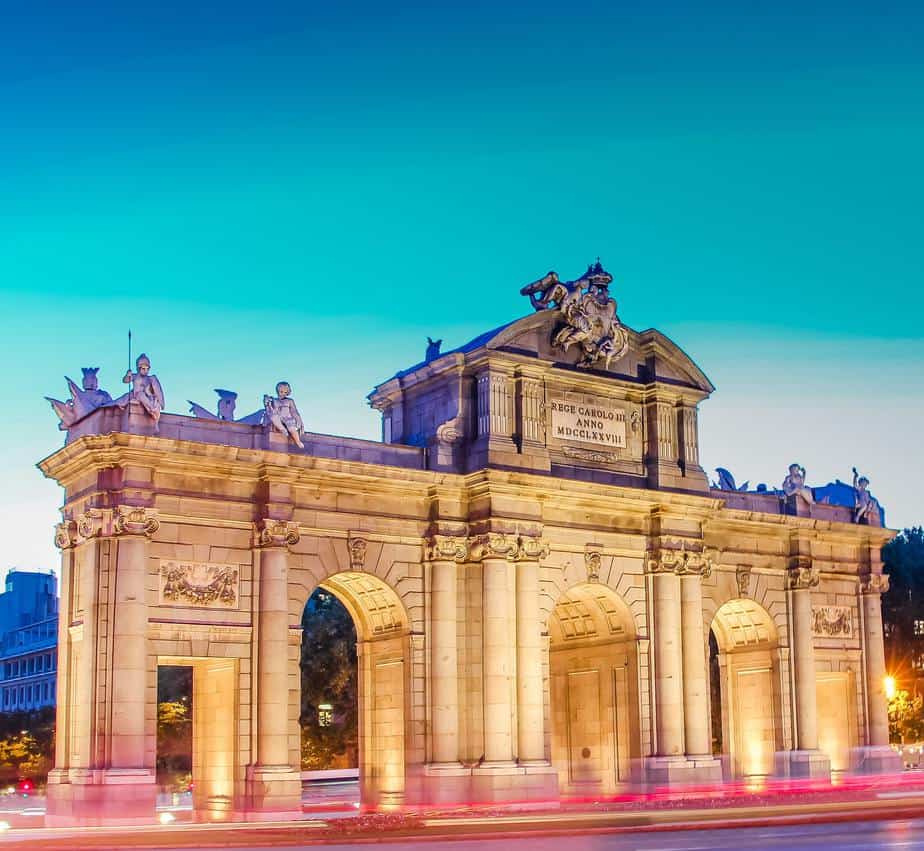 Depending on the season, a flight might be your most expensive or your cheapest travel option.

The plane ride between Lisbon and Madrid is only 1 hour and 10 minutes long. You’ll need to add transit and waiting times before and after the flight, but all in all you should be able to get from A to B in under 4 hours total.

As with all internal flights in Europe, beware of additional luggage costs (even for hand luggage). You might find a flight for as little as €20, but incur triple that in luggage fees on arrival at the airport. They’re very sneaky in this way!

The train journey between Lisbon and Madrid is the one that takes the longest. This is rarely the case in Europe, but as I said, there are no high speed trains running this route at present.

There are two train options for this route. The first is a length journey with two changes that takes roughly 12 hours and 15 minutes to complete. 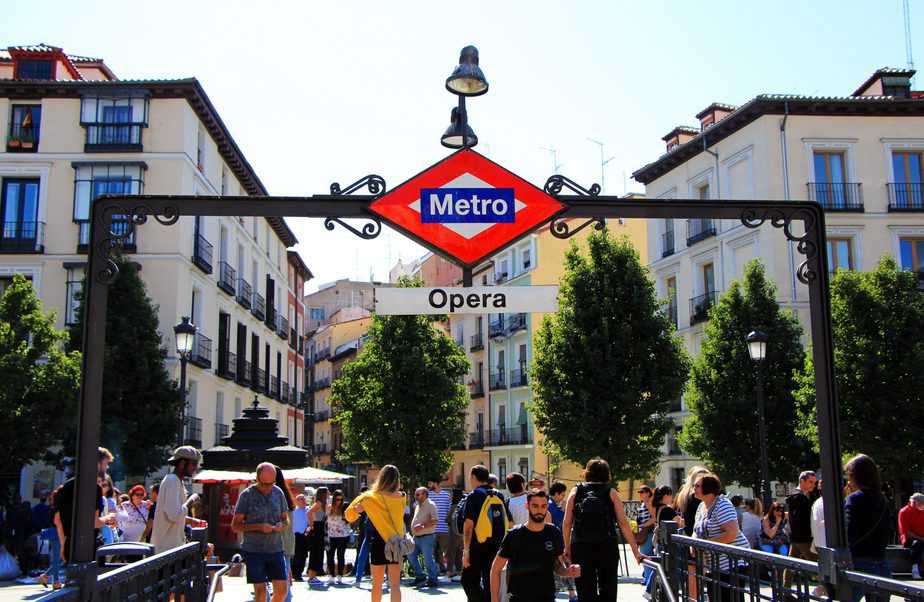 The second is the night train. This one will get you directly to the Madrid Chamartin subway in 10 hours and 15 minutes, traveling all through the night so you don’t lose your days.

All trains to Madrid depart from Santa Apolonia Station in Lisbon.

I always recommend this transportation option to groups of 3 or more individuals — provided someone has a drivers license, of course!

Hiring a car in Lisbon and making your way to Madrid will cut costs, and get you there much faster than the public transport options.

Driven direct, you can reach Madrid in just under 6 hours. The great thing about a car is that you have the freedom to stop and start along the way as you please. 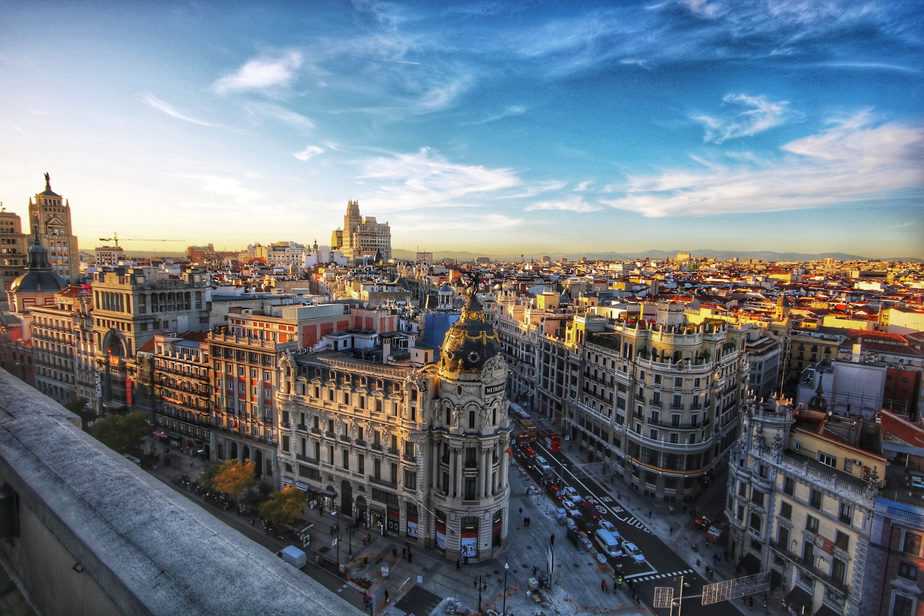 As you cross the boarder into Spain you’ll pass through the ancient Moorish city of Badajoz. You’ll be able to take some time here to explore, eat and rest, before continuing the last few hours up into Madrid.

If you’re traveling alone but would still like the experience of a car, check out ride-sharing apps like BlaBlaCar and find people looking for additional passengers. You’ll pay just a few euros to joint them and you won’t have any car rental fees to worry about!