10 Great Facts You Need To Know About the Sagrada Familia 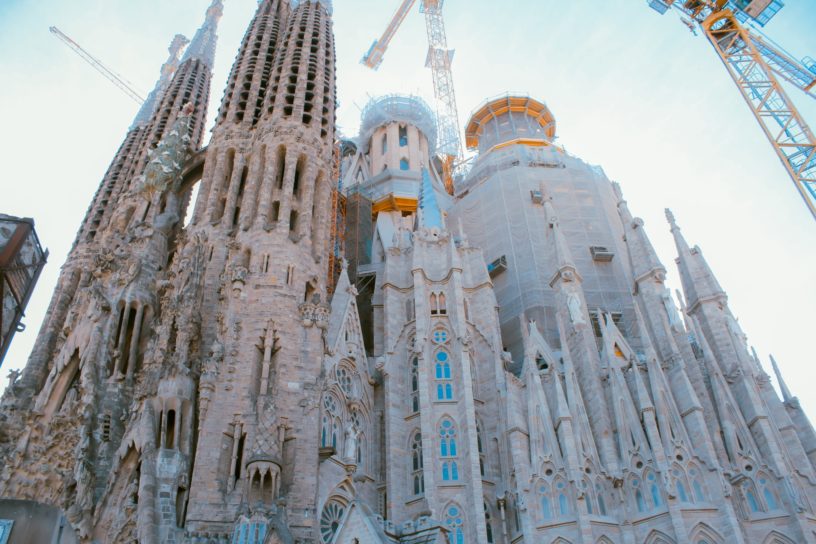 10 Great Facts You Need To Know About the Sagrada Familia

The Sagrada Familia is the largest Roman Catholic monument in the world. In addition to this, it is the most visited attraction in all of Spain, drawing in thousands of people from around the world each day.

Gaudi’s contribution to the Barcelona skyline has a long journey behind it. It’s a fascinating place, from the history through to the design. Here are ten wild facts to put it into perspective.

1. The Sagrada Familia is Yet to be Completed

If you’ve ever seen a photograph of the Sagrada Familia without the giant crane towering over the peaks, then consider it majorly photoshopped.

The building crane is, at the moment, a permanent attraction for the basilica. Construction began in 1882, and it is hoped that this historical monument will be complete in 2026, though this can’t be guaranteed.

The Sagrada Familia will take longer to complete than the Egyptian pyramids. 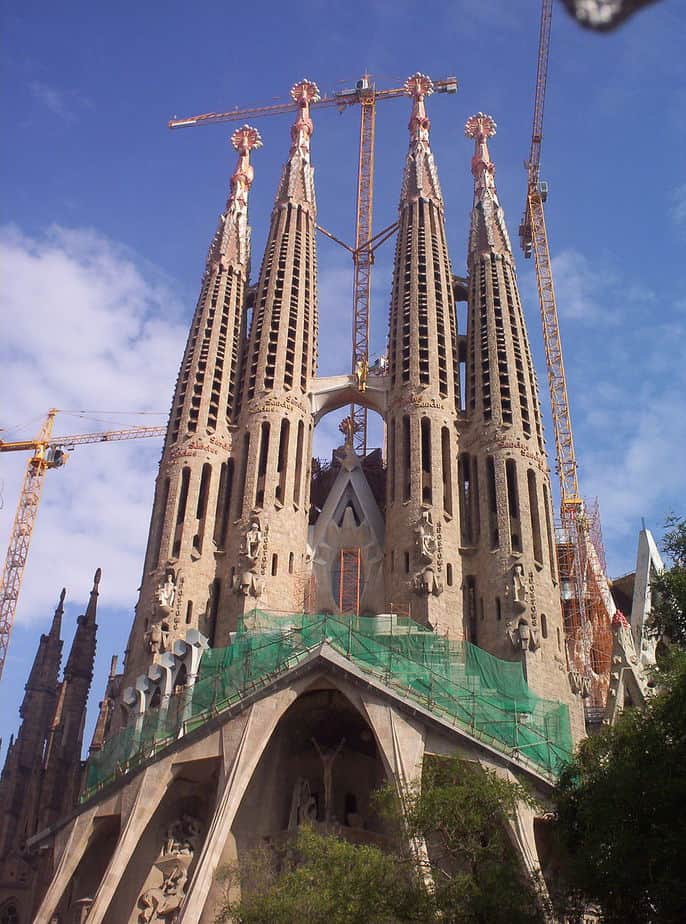 2. The Sagrada Familia has 18 Symbolic Towers

Upon completion, this building will retain 18 towers each with extremely symbolic significance.

12 of them represent the apostles, four of them the evangelists, one for the Virgin Mary, and the last one for Jesus Christ (the highest, most central one).

At the moment only eight of the towers have been completed. 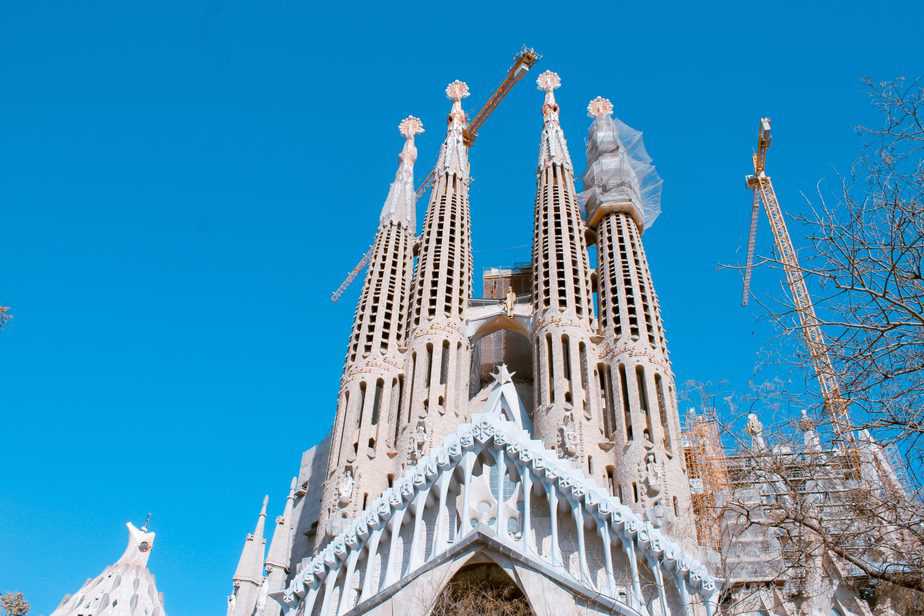 3. Gaudi is Buried at the Sagrada Familia

Unfortunately Antoni Gaudí didn’t live to see his greatest masterpiece come to completion. Gaudí passed away a few days after tragically being hit by a tram.

His tomb lies underneath the Sagrada Familia and is open for visitation to the public. In the basement level of the monument there are four churches. Gaudí lies in the one dedicated to El Carmen Virgin.

The Sagrada Familia was badly damaged during the Spanish Civil War. A fire burnt down the priest house, took out Gaudí’s plans and drawings and consumed the plaster scale models.

In spite of all this, the church itself managed to stay standing. There was an attempt by revolutionaries to blow it up, but they didn’t manage to detonate the explosives in time. 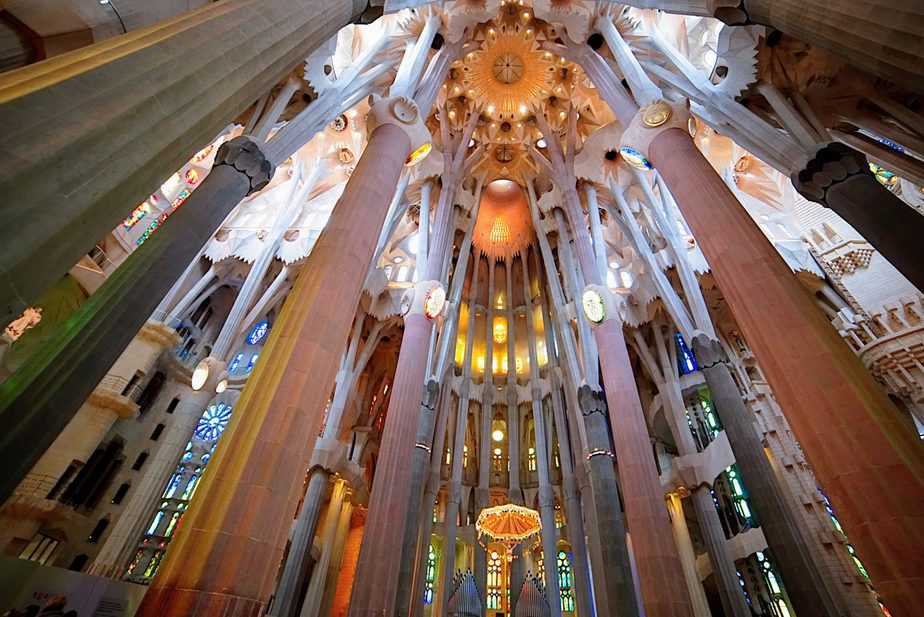 Interior of the Sagrada Familia – by Eleonora Albasi – Unsplash

5. Glass Elevators will be Used to get to the Top

As I said, the tallest tower in the Sagrada Familia will be representative of Jesus Christ. It will be 172,5, and accessible using a spiral staircase and a glass elevator.

The elevators that take visitors up into the towers will only be able to go so far, and the rest of the tower will have to be accessed on foot.

It is theorized that the remaining feat to get to the top of the tower represents struggle, hardships, sacrifice and work in order to reach the end (spiritual) goal.

6. The Sagrada Familia Doubles as a Lighthouse

The design of the mosaic on the roof of the Sagrada Familia was made to reflect the moonlight and guide anyone on the nearby Barcelona waters home.

More than this, the reflection of the sun on the Sagrada Familia towers is visible from almost everywhere else in the city, particularly points above sea level. 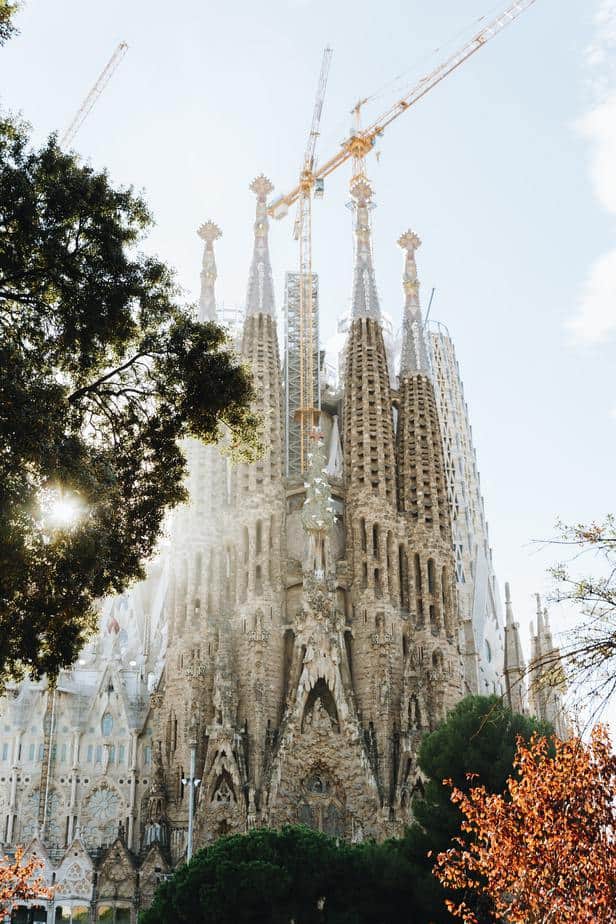 7. The Initial Construction was Inspired by a Bookseller

Josep Maria Bocabella was a Spanish bookseller who took a trip to the Vatican in Italy and was inspired to bring an equally as beautiful cathedral to Barcelona.

He handed the idea over to an architect named Francisco Paula del Villar, who saw the beginning of the construction phase. A year later the project was handed over to Gaudi, who radically changed the plans for the monument and made it into the grand spectacle that it is today.

8. It was also Built Entirely on Donations

This is still true today. The Sagrada Familia has never received funds from the Spanish church or government in order to see its completion.

The monument has been entirely funded by private donations, as well as through entrance tickets on a daily basis. The budget currently sits at about €25 million per year. 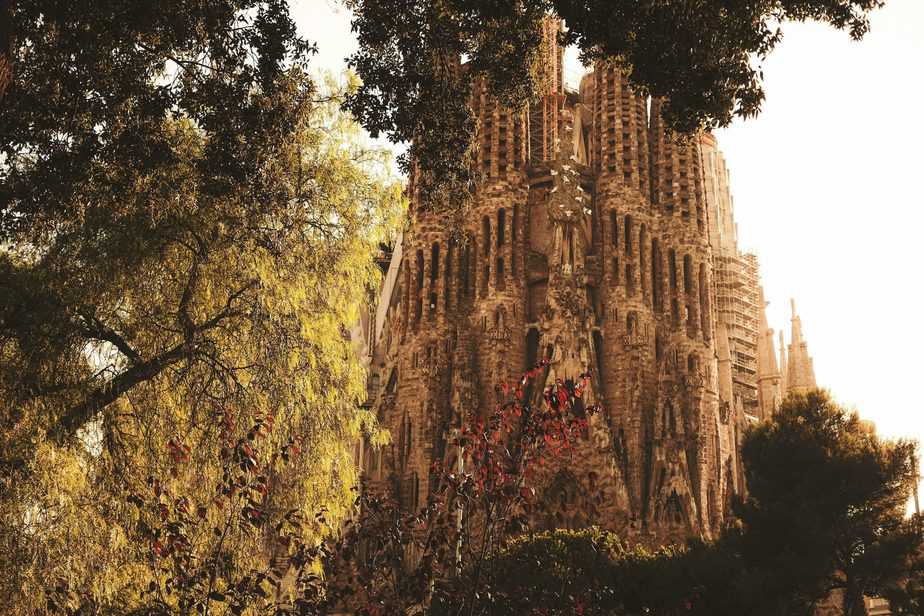 9. There is a lot of Nature Present in the Construction

Gaudi was known for his intense inspiration by nature. Upon accepting the job as head architect, he immediately got rid of any straight lines or angles that did not appear naturally sound.

In addition to this, there are many subtle natural elements apparent in the early structures. Concrete animals are hidden throughout the grounds.

Gaudi was also very adamant on the fact that human creation should never attempt to exceed the work of God. For this reason he designed the tallest, central tower to reach one meter shorter than the Montjuic Hill that looks over Barcelona.

10. It was First a Cathedral

The first works of the Sagrada Familia intended for it to be a Roman Catholic church. It was later changed to a cathedral space, and then in 2010, Pope Benedict XV declared that the moment would actually be known as a basilica.

The significance of this is that a cathedral is customarily a seat for a bishop, while a basilica is functional for a pope. 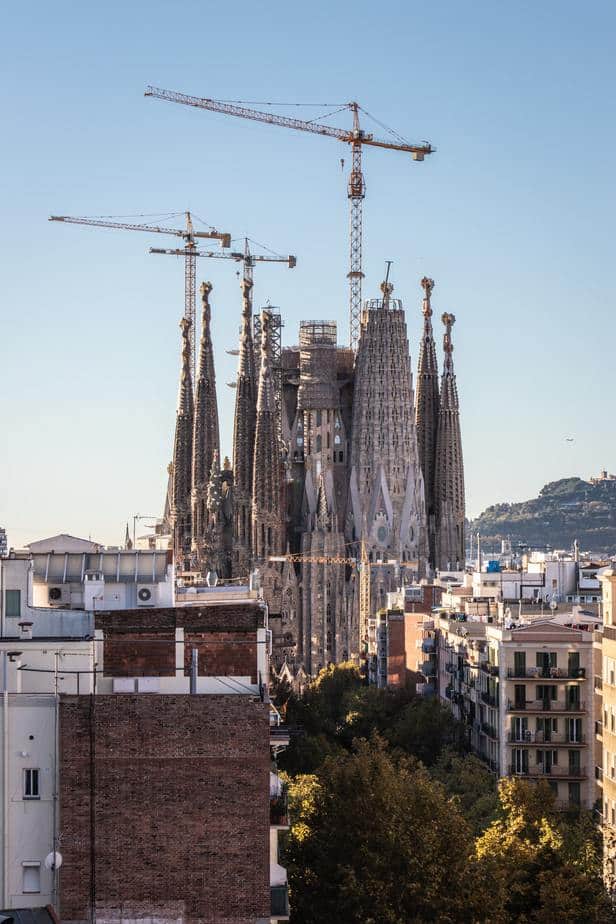