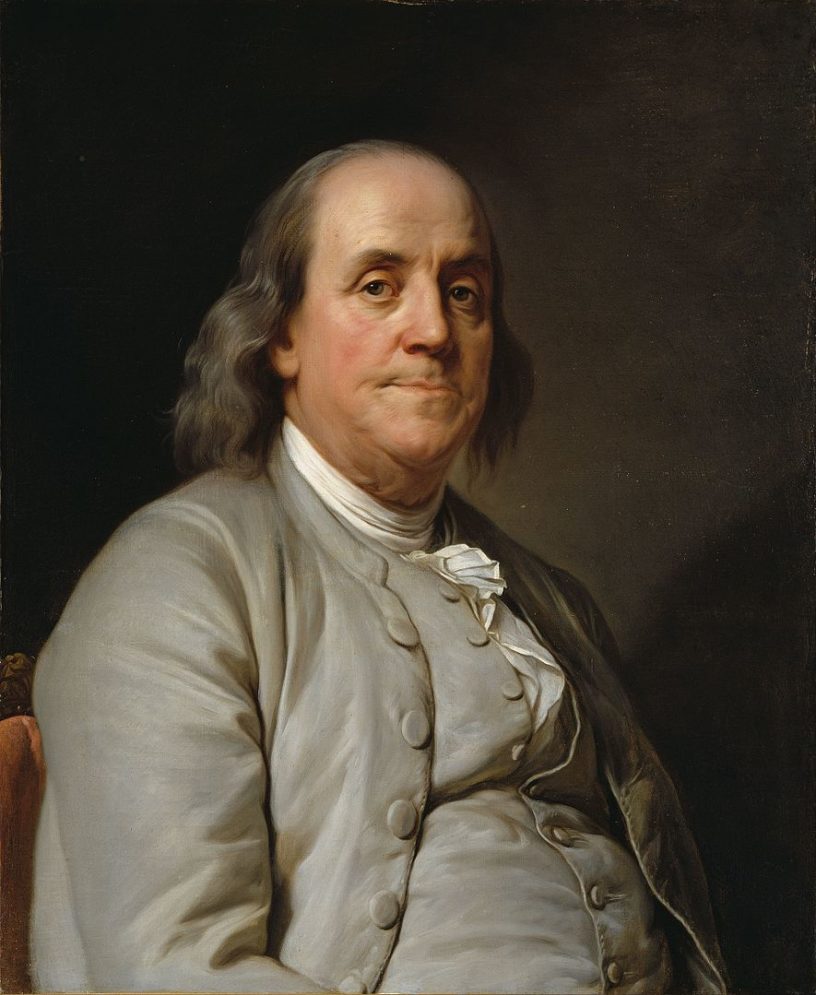 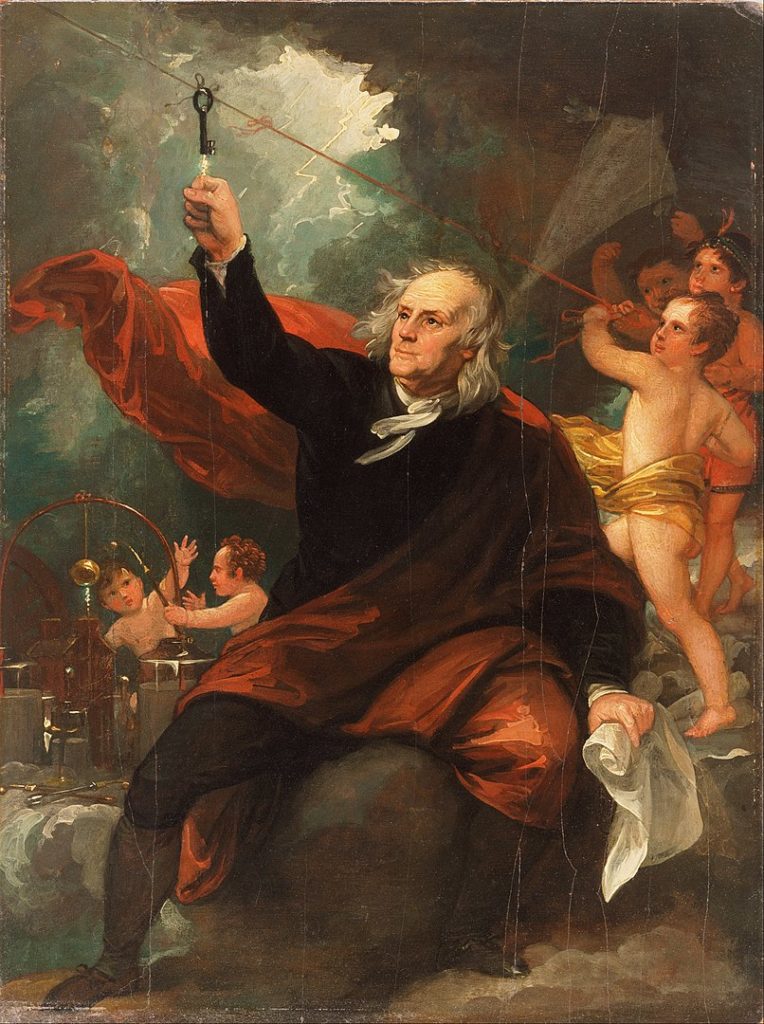 Benjamin Franklin was one of the Founding Fathers of the United States. He was one man who wore several hats. Franklin was a genius, a prolific writer, a printer, an inventor, a scientist, just to mention a few.

President Franklin played an important role during the American enlightenment period. He also made great discoveries regarding electricity.

Franklin invented the lightning rod, bifocals and the Franklin stove. As an activist, Franklin founded civic organizations, a fire department and the University of Pennsylvania.

He helped draft the Declaration of Independence, represented the US in France during the American Revolution as well as being a delegate to the Constitutional Convention.

Benjamin Franklin is known as one of the country’s most influential figures. Check out these top 10 facts that helped shape the history of America.

1. Benjamin’s parents wanted him to be a clergy 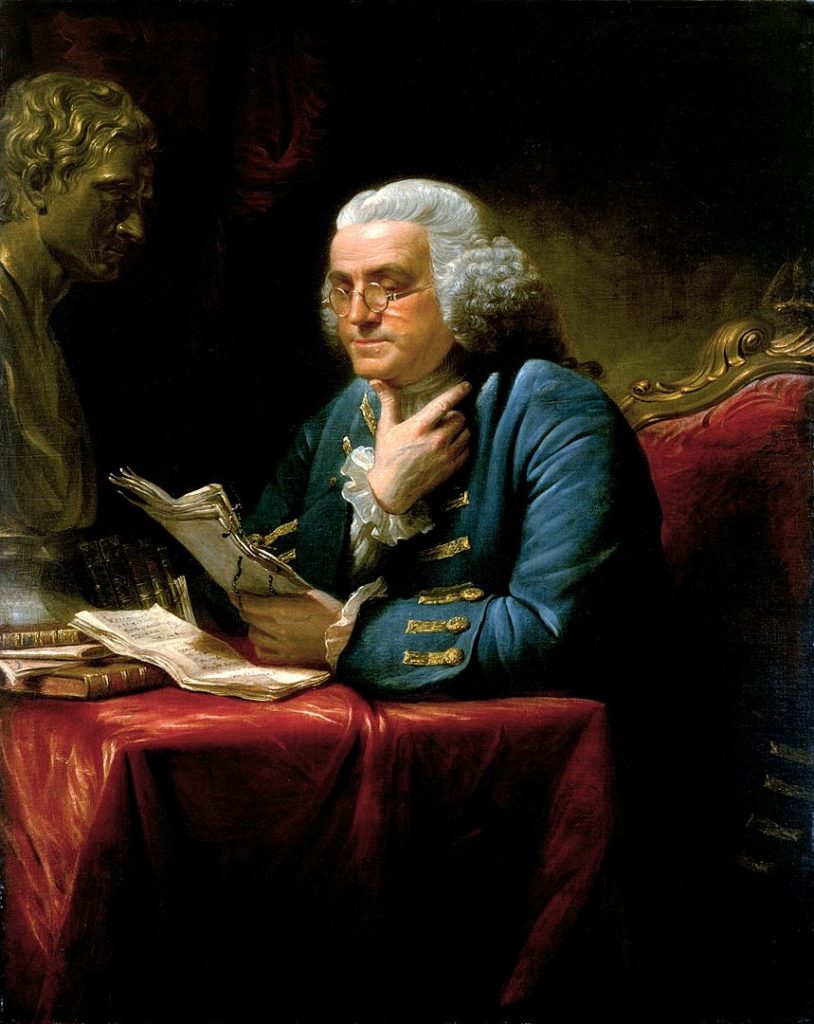 Growing up, Franklin’s parents wanted him to be a priest. They enrolled him at a school that trained young boys to be clergymen.

He went to Boston Latin School for two years but did not graduate. This did not stop him from learning, he continued self-educating.

Franklin only got two years of formal education. He started school at the age of 8 when he was enrolled at the South Grammar School in Boston.

A year later, He transferred to George Brownell’s English School, which specialized in writing and arithmetic.

When he turned 10, Franklin left school and went to work for his father at his soap and candle making shop.

He did not stop learning, he kept reading and writing. Franklin would borrow books from friends.

While working for his brother, Franklin bought books with the little money he earned. He read essays and articles which helped him become a good writer.

His passion for education made him found the University of Pennsylvania. He was awarded honorary degrees from ivy league universities such as Harvard, Yale, Oxford and University of St. Andrews.

3. His first job was at a printer 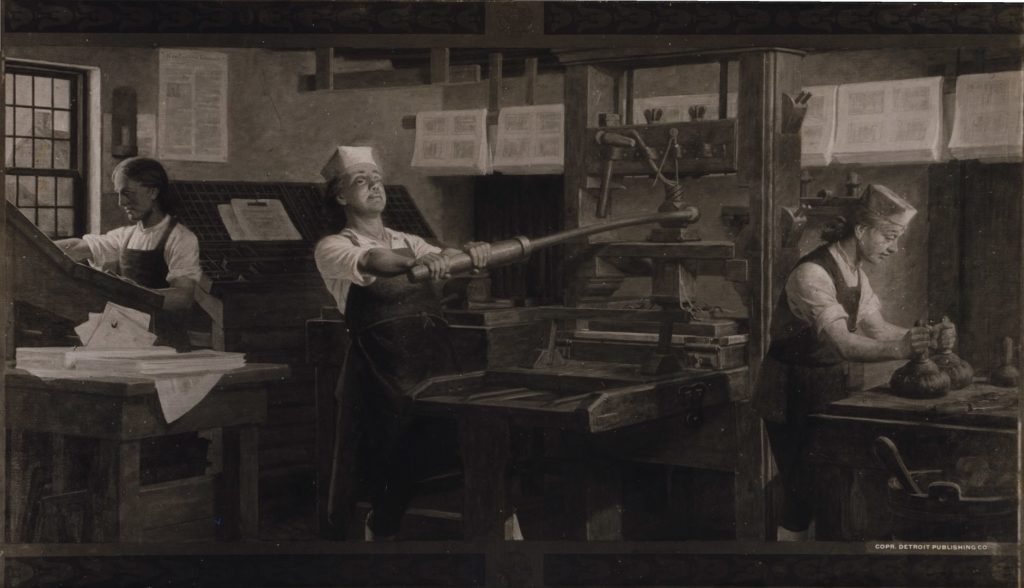 Benjamin Franklin started working at the age of 11 for his father. A year later, he worked for his brother at his printing press.

He worked here from 1718 to 1723. During this period, he worked hard on his reading and writing skills.

At one point, Franklin wanted to be a poet but he realized this was not his stronghold. He loved reading the Spectator which improved his writing.

At 17, Franklin left for Philadelphia. He worked at several printing shops.

Unsatisfied with the work, Franklin was convinced by the Pennsylvania Governor, Sir William Keith, to go to London. He acquired printing equipment that they used to establish a newspaper firm in Philadelphia.

Franklin’s brother founded a weekly newspaper called New England Courant. He was 16 at the time when he submitted essays under a pen name Silence Dogood.

He wrote about fashion, marriage, women’s rights and religion. His column was very successful and potential ‘mates’ sent marriage proposals.

Franklin eventually revealed that he was the brains behind the Dogood essays. While working for his brother earned him the chance to horn his skills, his brother was hard on him that he ran away.

Franklin moved to Philadelphia where he made it his new home. His first job was at the post office. He worked as a postmaster of the United States.

His primary job was being a journalist. Franklin bought the Pennsylvania Gazette and was a daily columnist. 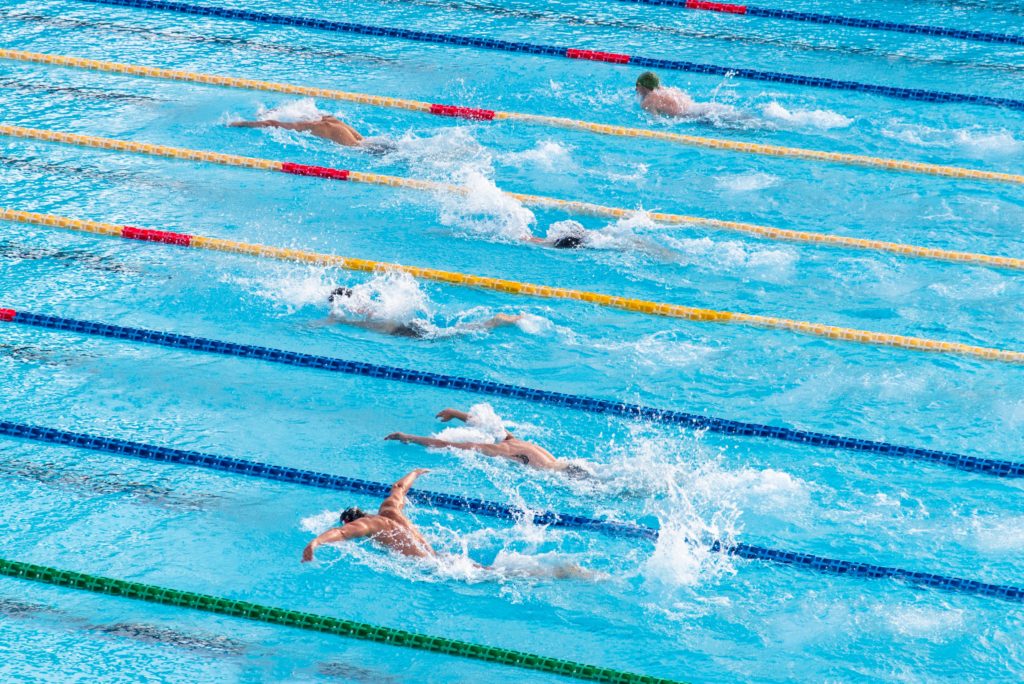 As a boy Franklin loved swimming, and as an inventor, Franklin made his first inventions; the swimming fins for the hands.

Franklin tried to open a swimming school when he went to London. He swam the Thames River in 1726.

In 1968, Franklin was inducted into the International Swimming Hall of Fame. He frequently proposed for there to be swimming programs in all schools.

6. He invented a glass armonica 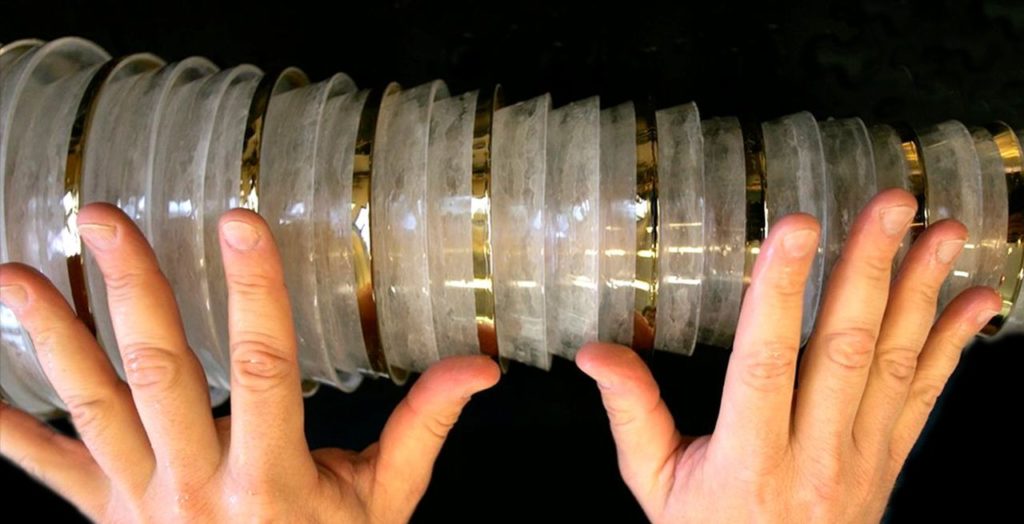 One of Franklin’s most interesting and phenomenal inventions was a glass armonica. He designed it to replicate sounds made by wet fingers rubbed together.

The first prototype was made in 1716 when Franklin contracted a glassmaker in London. They made 37 glass armonicas of different sizes and pitches.

He mounted them on a spindle which he controlled by a foot pedal. The armonica became popular in the 18th and 19th centuries. Popular composers like Mozart and Beethoven composed music for it.

Franklin confessed that the armonica was his greatest and best invention.

Franklin was an avid chess player and he was popularly known as the American colonies. He wrote an essay on the game and titled it The Morals of Chess.

His column on chess in 1786 is the second known writing on the game of chess in America. He praised the game and prescribed a code of behaviour on how to play it.

Other than playing, Franklin and his friend used the game to learn Italian. Whoever won the game assigned tasks that the loser would perform before the next game.

He played against more experienced players more so in England where the game was popular. This made him a better player.

Franklin was inducted into the U.S. Chess Hall of Fame in 1999.

8. He created his own phonetic alphabet

Franklin lived in London for many years. During this time, he sought to give the alphabet a more natural order. This was because he thought that English words were spelt differently.

He created his own consonants where he removed consonants C, J, Q, W, X and Y. Franklin added six new letters that represented their own specific sound.

Unfortunately, not many people bought into his new language so he aborted it. The alphabet was published in 1789 by Noah Webster.

9. Benjamin was considered a fashion icon 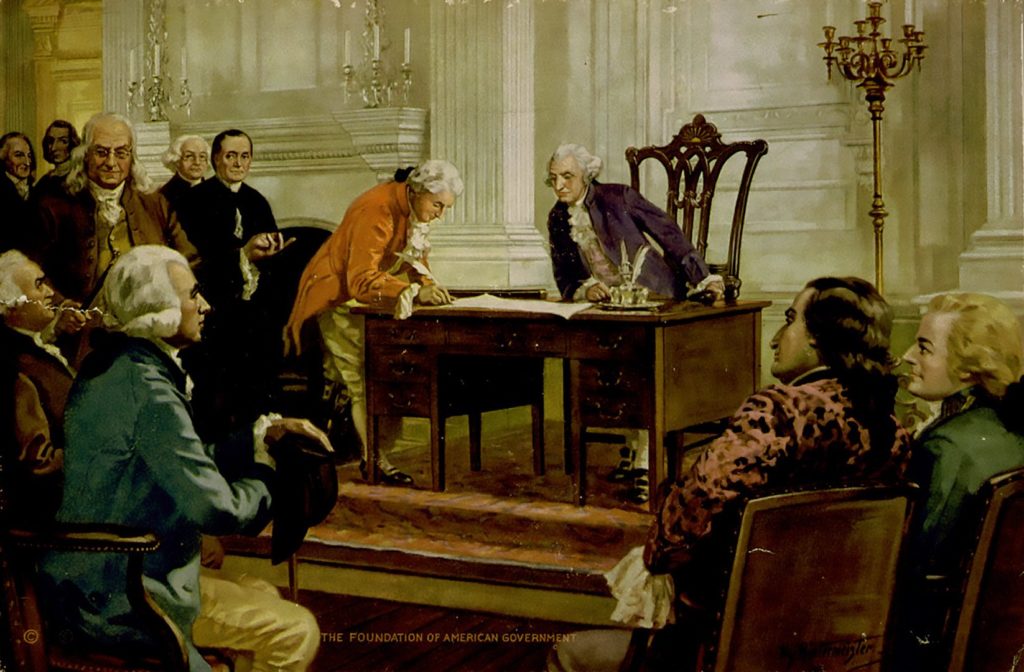 While representing America in France, Franklin took to wearing a fur hat which became his trademark. Several portraits of him were done with him wearing the hat.

This fashion trend impressed the women too who imitated the cap by wearing oversized wigs. They called this style the coiffure a la Franklin.

Franklin had traded the fur cap for a white hat during the signing of the 1778 treaty between France and the United States. It was a fashion trend in Paris.

10. None of his inventions was patented

Franklin made a lot of inventions while he was alive. These inventions could have earned him lots of money in royalties.

Unfortunately, he never patented any of his inventions. His inventions include street lighting, swim fins, bifocal glasses, glass armonica and a stove.